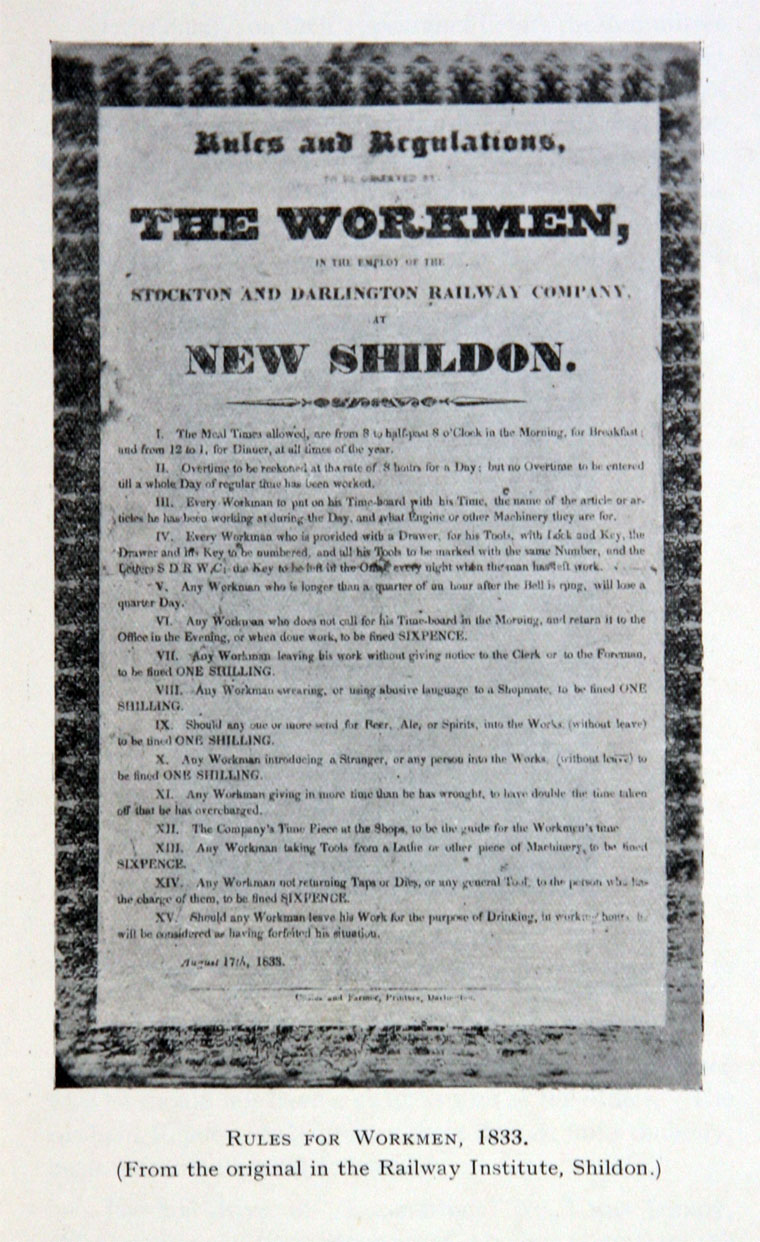 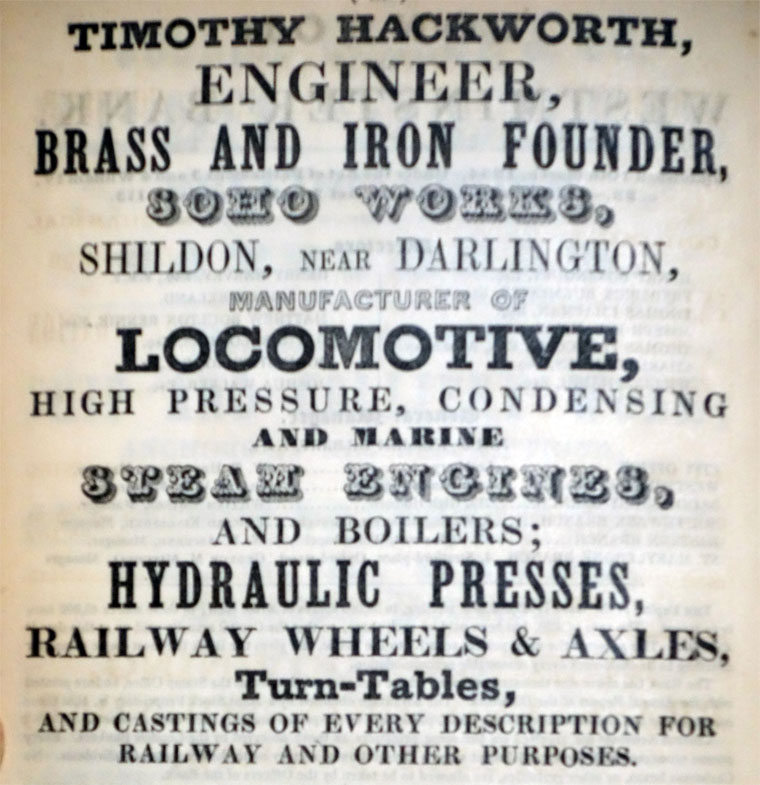 1833 Timothy Hackworth entered into a new contract with the Stockton and Darlington Railway in which he became responsible for the working of the locomotives and workshops but remained free to operate his own business as a builder of locomotives and stationary engines. He opened new workshops, foundry and built houses for workers[1]. The business was conducted from new workshops at New Shildon, where locomotive, marine, and industrial engines and boilers were built. He placed his brother Thomas in charge along with Nicholas Downing and the business was initially called Hackworth and Downing and built locomotive, marine, and industrial engines and boilers. This was known as the Phoenix Iron Works.

1839 Thomas Hackworth moved to Stockton where he set up in business with George Fossick as Fossick and Hackworth to build locomotives and carriages. They bought premises from Jacob Waller in Norton Road that had previously been used as a flour and saw mill.

1840 Timothy Hackworth gave up his contract with the Stockton and Darlington Railway and concentrated on the Soho works at Shildon which he took over from Thomas. Timothy fulfilled contracts for the Clarence Railway and various collieries and also built stationary marine and industrial engines.

1850 Shortly after the death of Timothy, the Soho Works became untenanted and remained so for 5 years[2]

1863 the railway company became part of the North Eastern Railway (UK). Ten more locomotives were built between 1863 and 1867 but generally the work was transferred to Darlington

1883 the Soho Works closed, but the remainder of the Shildon Works remained a major centre for wagon building and repairs.