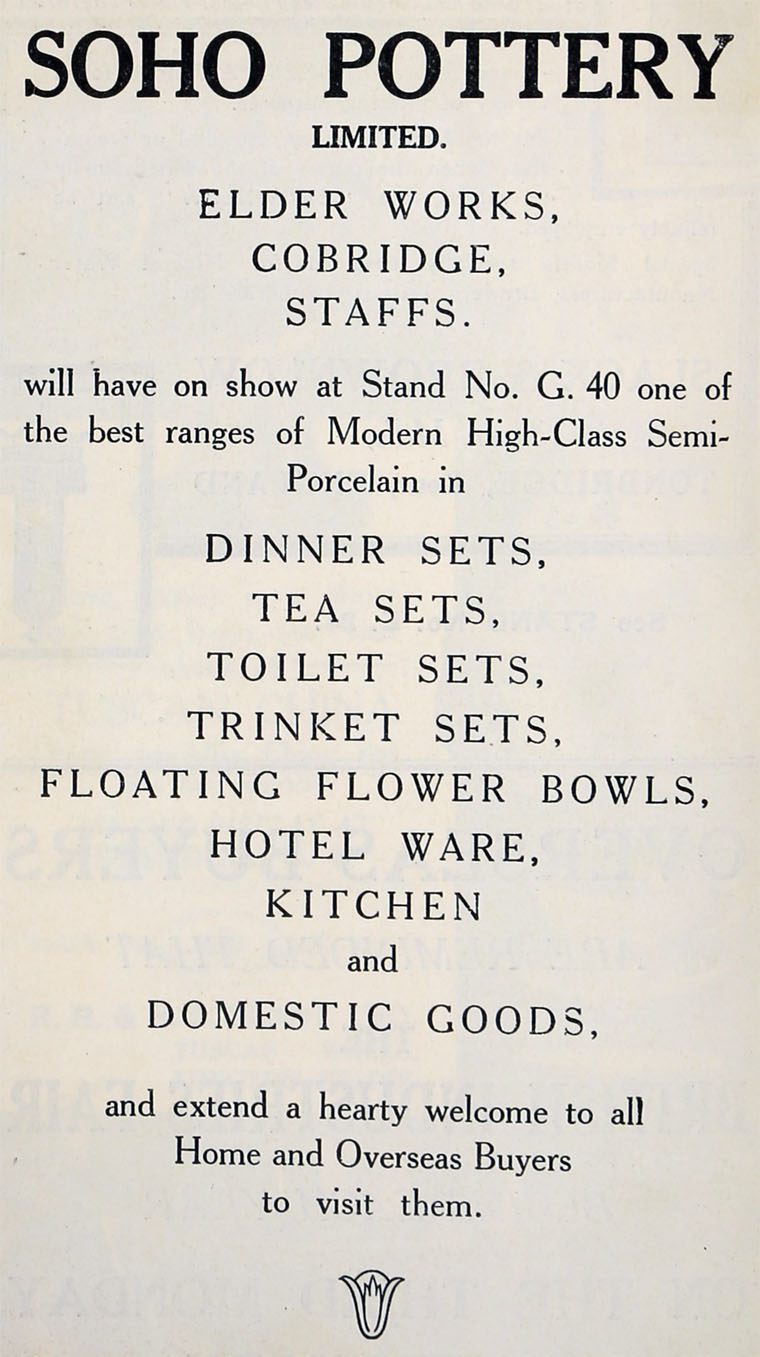 1883-1897 The company was originally known as Rathbone, Smith and Co, and operated from the Soho Pottery works in Tunstall.

1897-1900 The ownership of the firm changed, and it was renamed Smith and Binnall.

1906 The firm moved to the Elder Works in Cobridge, Stoke-on-Trent, where they operated until 1944.

1944 The firm then changed hands again becoming Simpsons (Potters) in 1944 and continued to operate until 2004 .