(Redirected from Smith and Nephew Textiles)
Jump to: navigation, search 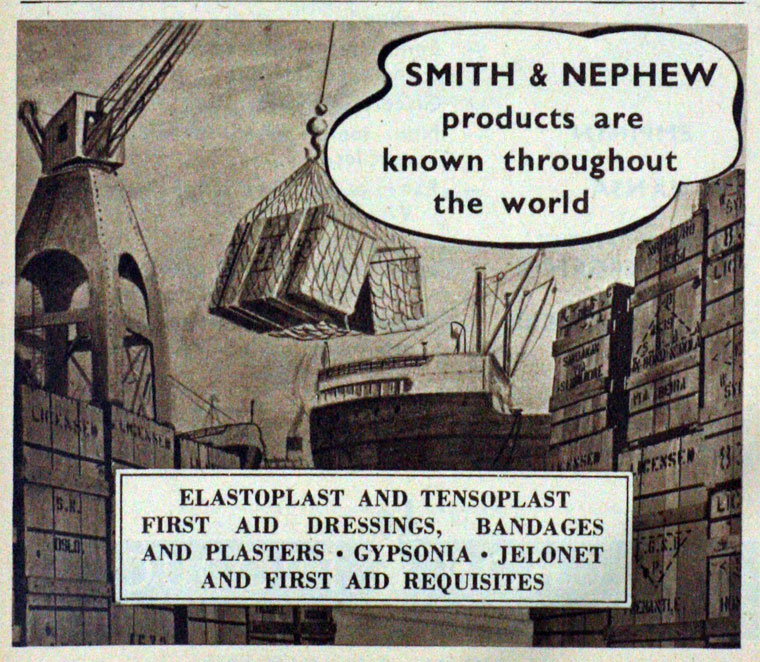 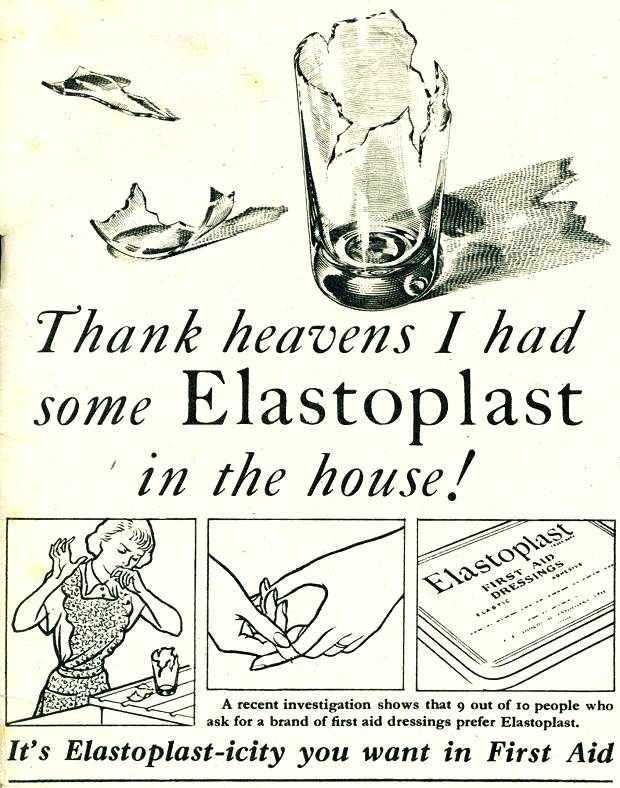 1827 Thomas James Smith was born. He trained as a pharmacist and first worked as an apprentice in Grantham, Lincolnshire.

1854-1855 He studied at London's University College, with Lord Lister, the antiseptic innovator.

1856 He was admitted into the newly formed Royal Pharmaceutical Society and in August he bought his first shop at 71 Whitefriargate, Hull.

Smith soon became involved in the wholesale trade of bandages and related materials. He took advantage of his proximity to the docks and the fishermen of Hull, and began supplying hospitals with cod liver oil, valued for its therapeutic value in cases of rickets, tuberculosis, and rheumatism (vitamins had not yet been identified). At the time, doctors' visits were expensive and pharmacists were often the first ones consulted. Most medicines did not require a prescription, and factory-made pills were only beginning to displace concoctions produced by doctors and pharmacists.

1860-1861 Smith's father lent him £500 to convert two cottages into a warehouse. Success led to even larger accommodation, so he rented some buildings at North Churchside, which he bought in 1880 with the help of another £500 loan from his father. Business boomed as he had travelled to Norway on a gunboat to buy 750 gallons of cod liver oil. It was a shrewd deal - the Norwegian product was both cheaper and better tasting than the previous supply from Newfoundland; the solid fat (stearine) had been processed out of it. At the same time, Smith's marketing efforts generated many new accounts among the hospitals of London.

By 1880, he had even shipped to Cairo. Encouragement by a correspondent, Smith registered his oil under the brand name Paragon Cod Liver Oil.

1896 T. J. Smith never married, but a few months before his death, his 22-year-old nephew Horatio Nelson Smith became a partner. H. N. was known for his long hours and direct, inquisitive manner. He had apprenticed for six years making draperies. The firm, now known as T. J. Smith and Nephew, shifted its production away from cod liver oil in favour of bandages.

1907 Registered as a limited liability company.

1911 When H. N. joined the company in 1896, staff numbered three. But when he signed a contract with the Turkish government, after the outbreak of the war with Bulgaria, employment reached 54. Soon a small local competitor, Lambert and Lambert, was acquired.

1912 Smith and Nephew bought sanitary towel manufacturer Sashena Limited (an acronym for "Sanitary Absorbent Safe Hygienic Every Nurse Advocates"). The line was later known by the trade name "Lilia," which had originally referred to an industrial cellulose towel product. In 1954, the line continued with the introduction of the Lil-lets brand of tampons.

World War I provided a huge demand for bandages. Staff increased to 1,200 as the company obtained contracts with several of the Allied governments as well as the American Red Cross. Its textile capacity was also used for producing certain military paraphernalia, such as weapons belts.

Post WWI. After the Great War production was scaled down considerably, to 183 employees.

1930 Smith and Nephew often looked to Germany for technological innovations. The company obtained the British rights to Elastoplast bandages, made from a specially woven cloth coated with adhesive. Though more expensive than others, they provided a quick and very effective fix. They also introduced a similar plaster of Paris bandage. Though more expensive than the materials it would replace, the effort saved making messy casts. Its light weight made patients more comfortable and healed them faster.

1937 The company was incorporated as Smith and Nephew Associated Companies Ltd (SANACO).

1946 A waterproof version of the Elastoplast bandage was developed.

In the 1950s, S and N had to decide whether to modernize in Britain or buy textiles from the Far East and agreed to the former. The automation of the company's mills included the purchase of one of the earliest commercially available computers in the 1950s, called the Leo.

1954 Entered the hypodermic syringe market with the purchase of S. and R. J. Everett and Co.

1966 With Inveresk, Wiggins Teape, and Peter Dixon and Son, set up British Tissues through Associated Tissues, to provide a British source of tissues to compete with the American imports[4]

1973 Peter Dixon and Son and Inveresk sold their shares in British Tissues to Finnish companies.

1980 Took full ownership of Associated Tissues, and thus half owner of British Tissues.

Over the following decades Smith and Nephew transformed into a modern multinational corporation. Companies had been established in Canada in 1921 and in Australia and New Zealand in the early 1950s. By the late-1990s, S and N had substantial holdings in Europe and Asia.