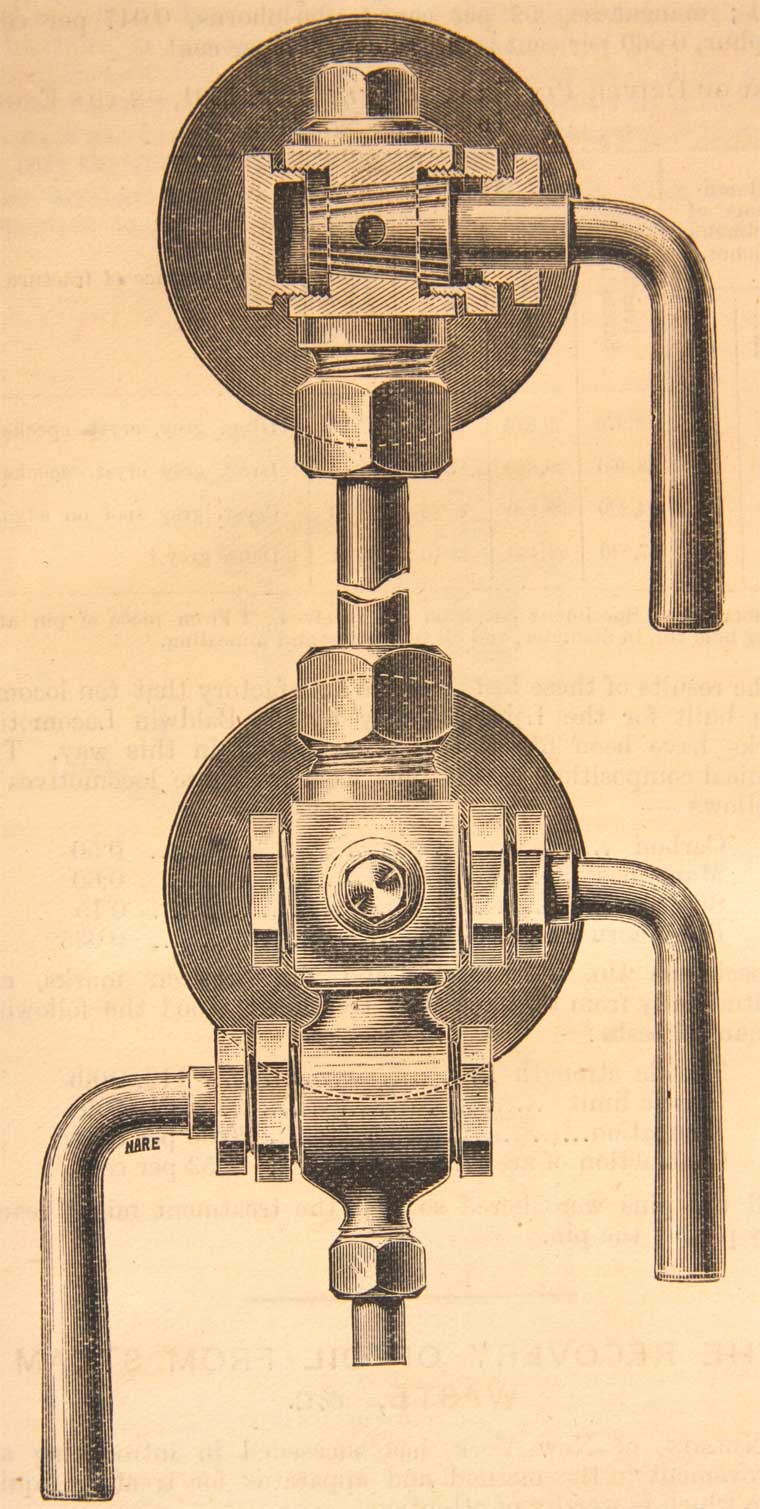 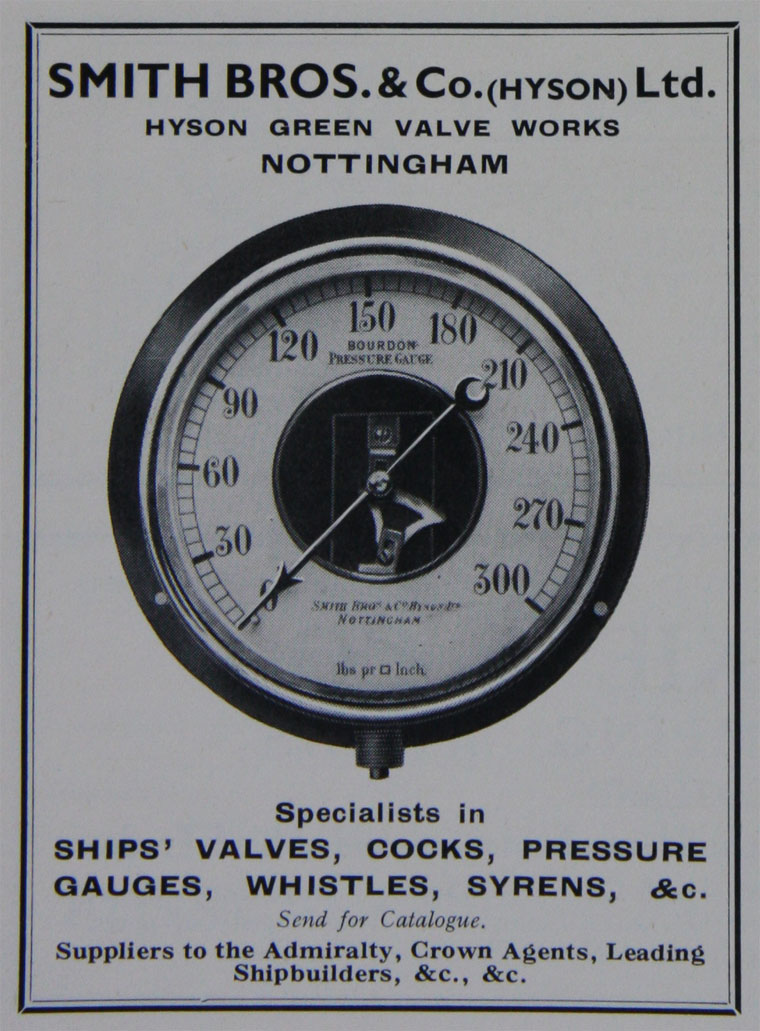 1847 Sydney Smith invented a pressure gauge which was so well received it formed the basis for establishing his company, Sydney Smith

1864 Sydney retired from the business, handing it onto four of his sons, Joseph, Samuel, Isaac and William, and also to his son-in-law, John Miller.

By 1871 John Miller was principal of the company.

1881 Introduced their steam whistle for ships, of Hyson Green.

Early 1880s: A disagreement on policy led to 3 of the brothers eventually severing their connections with the business

1882 Samuel, Isaac and William re-established themselves at the Basford Works, Egypt Road, Nottingham under the name of Sydney Smith and Sons. Smith Brothers and Co moved from Forest Terrace to Bobbers Mill Road, Nottingham.

By 1889 the Firm under the able management of John Miller Junior, had expanded into larger premises at Bobbers Mill and was exporting worldwide.

The Company passed from the Smith family but continued to trade as Smith Brothers and Company. Hyson Green, Limited

1906 Incorporated as a Limited Company.

1924 The company erected a new fitting shop and extended their machine shops at their Nottingham works.[2]

Early 1920s: H. W. Dennis Limited became an associate Company, which introduced the firm to the manufacture of high pressure valves for oilfields and refineries.

1973 the company was acquired by the Pegler Hattersley Group

Perhaps this was connected with[3]:

CCR-JAP was a motorcycle produced in 1912, by Smith Brothers of Nottingham.

This machine was a sidecar outfit with a 6hp JAP V-twin engine. It had a three-speed Chater-Lea gearbox, engine clutch, chain transmission and Druid forks. The sidecar was attached at five points. They also made a 4.5hp twin that had belt drive and an Armstrong three-speed hub gear.