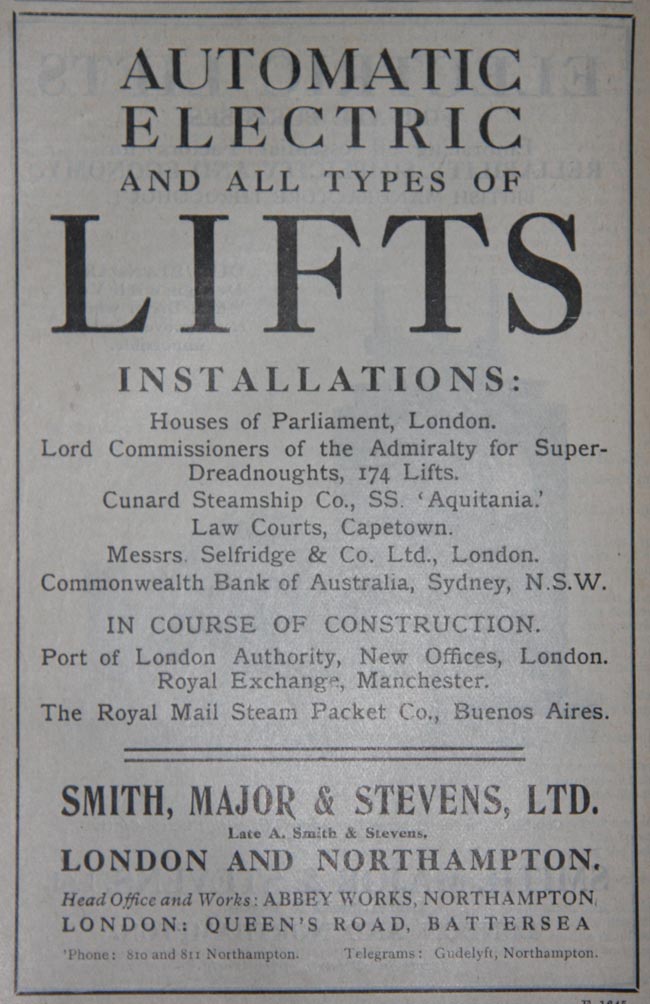 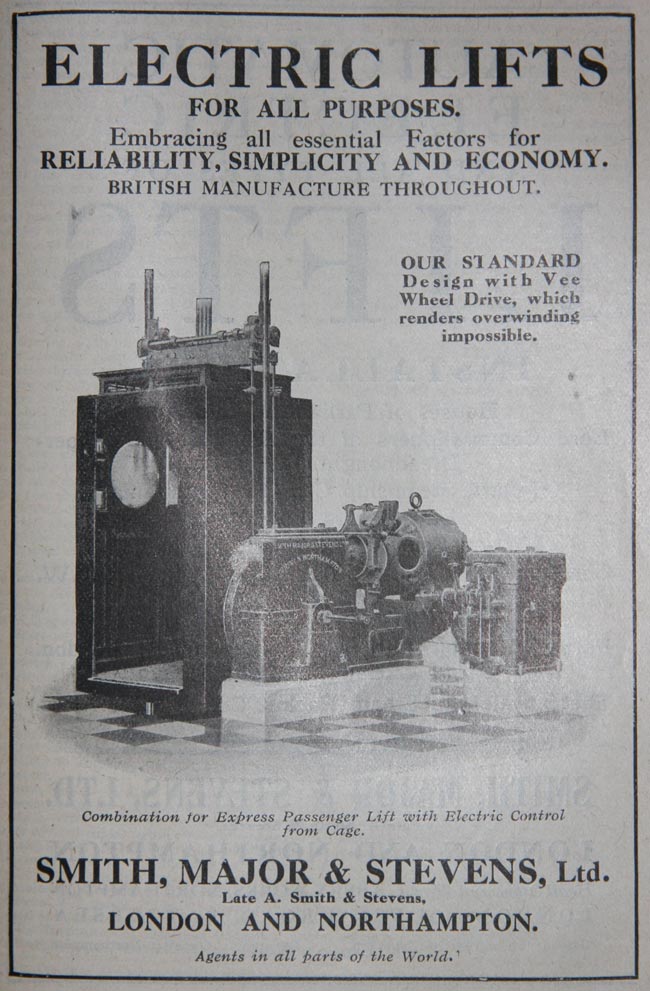 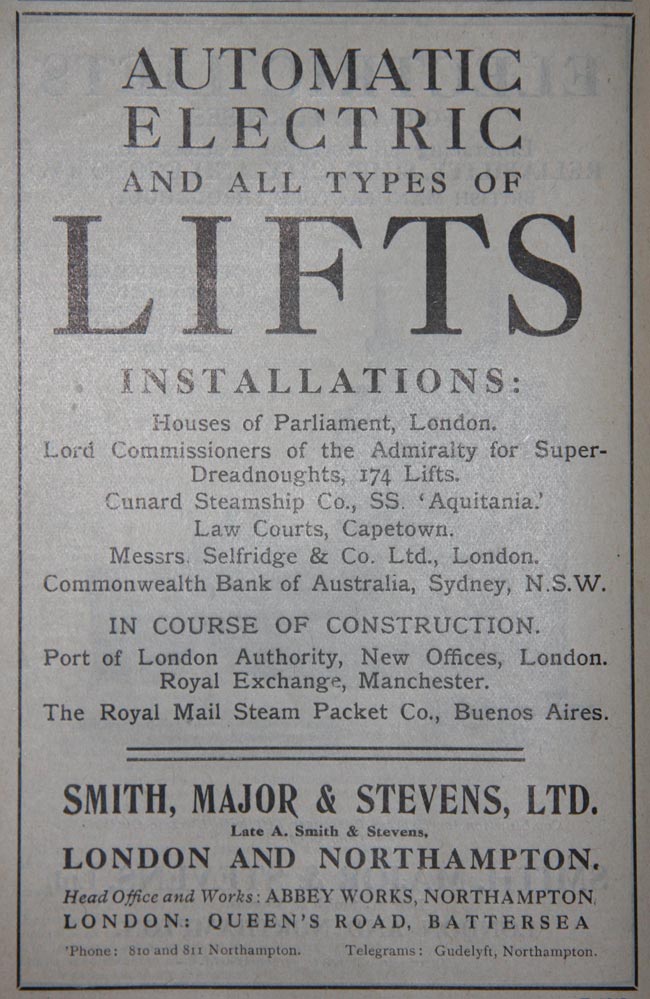 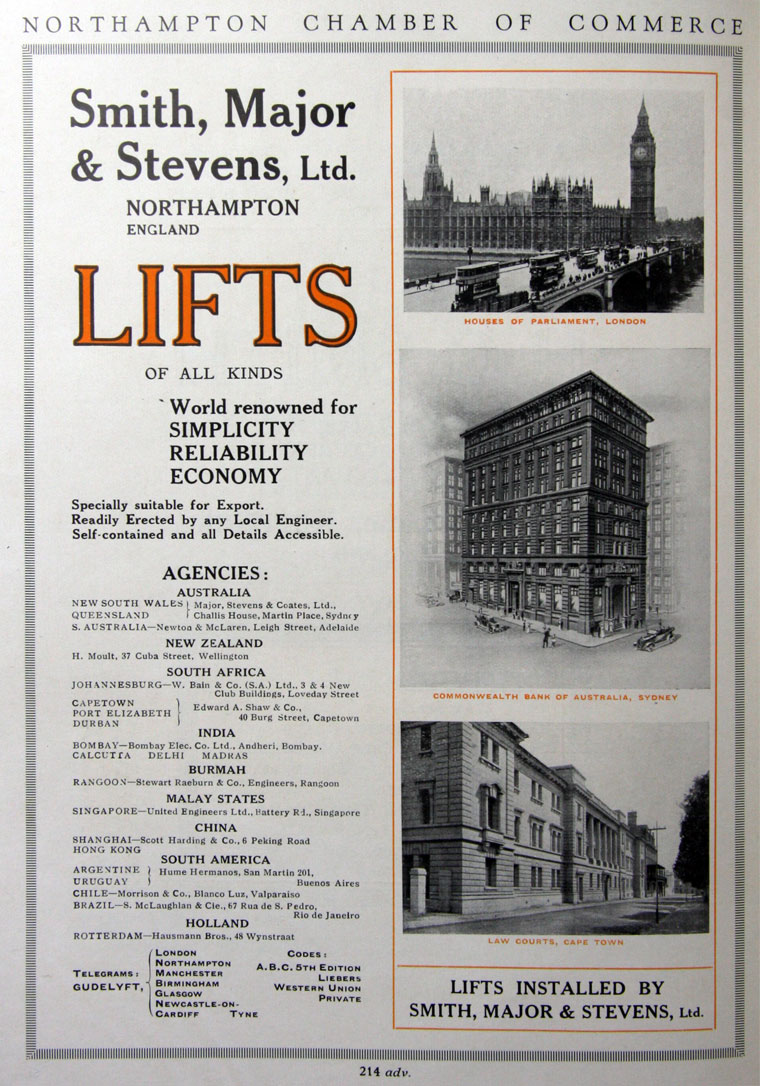 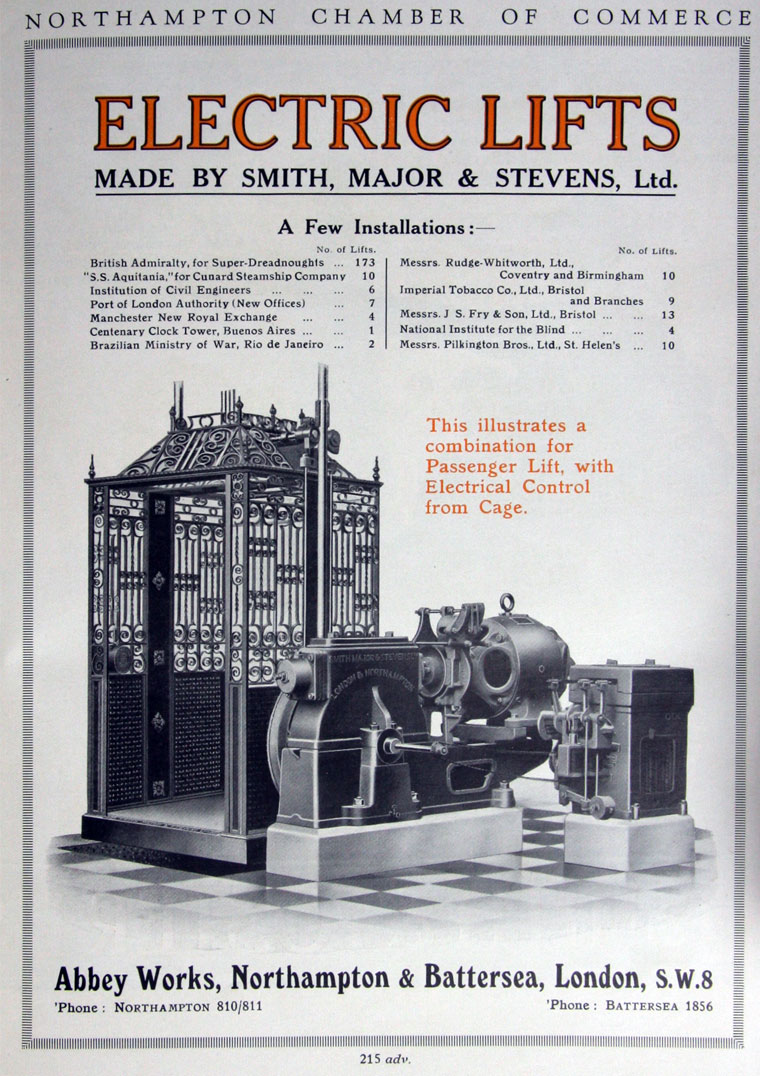 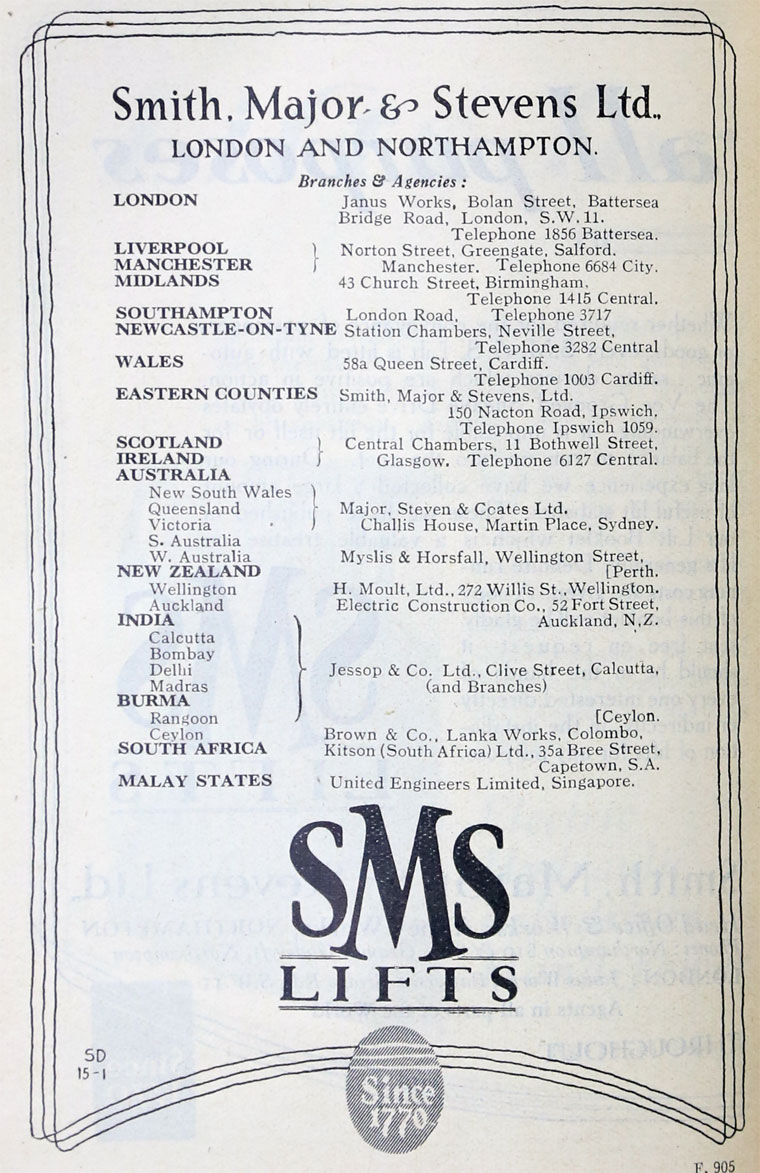 1760 Company established previous to this by John Smith (records go back no further).

The firm began to concentrated on making lifts. Initially hand or belt or hydraulically operated.

Started to use electricity to power the lifts.

1909 Due to further expansion of the business, it was decided to convert it into a private limited company under the name of Smith, Major and Stevens, Ltd., with Charles George Major as chairman. The works were moved to Northampton.

1930 Amalgamated with the Express Lift Co