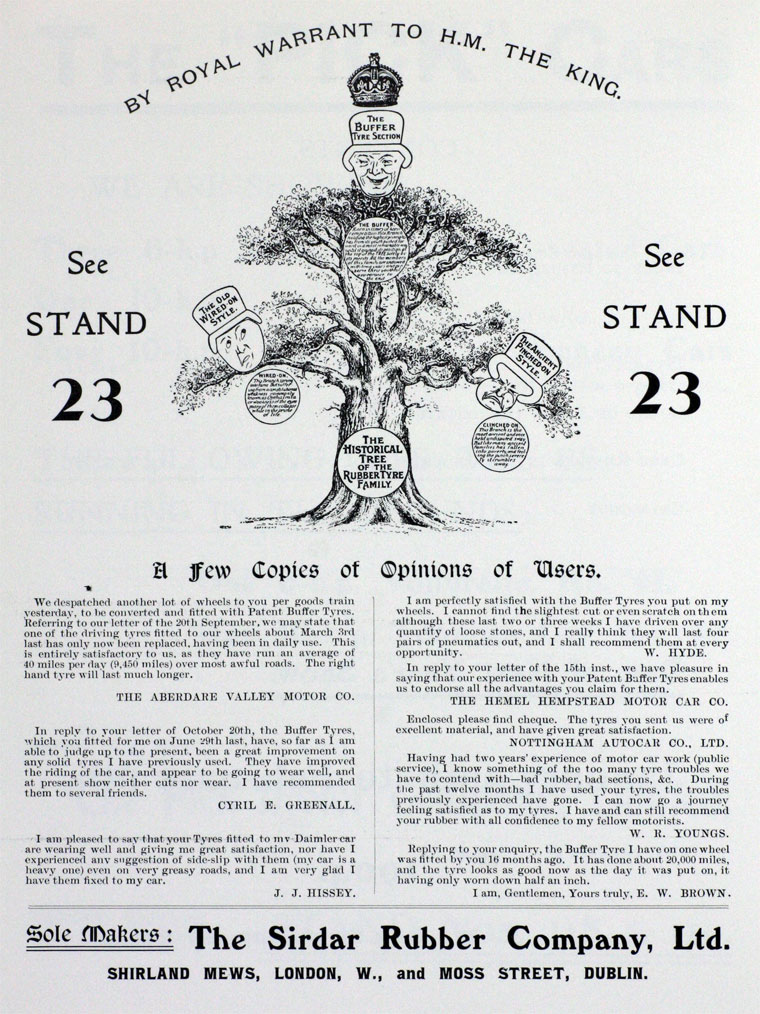 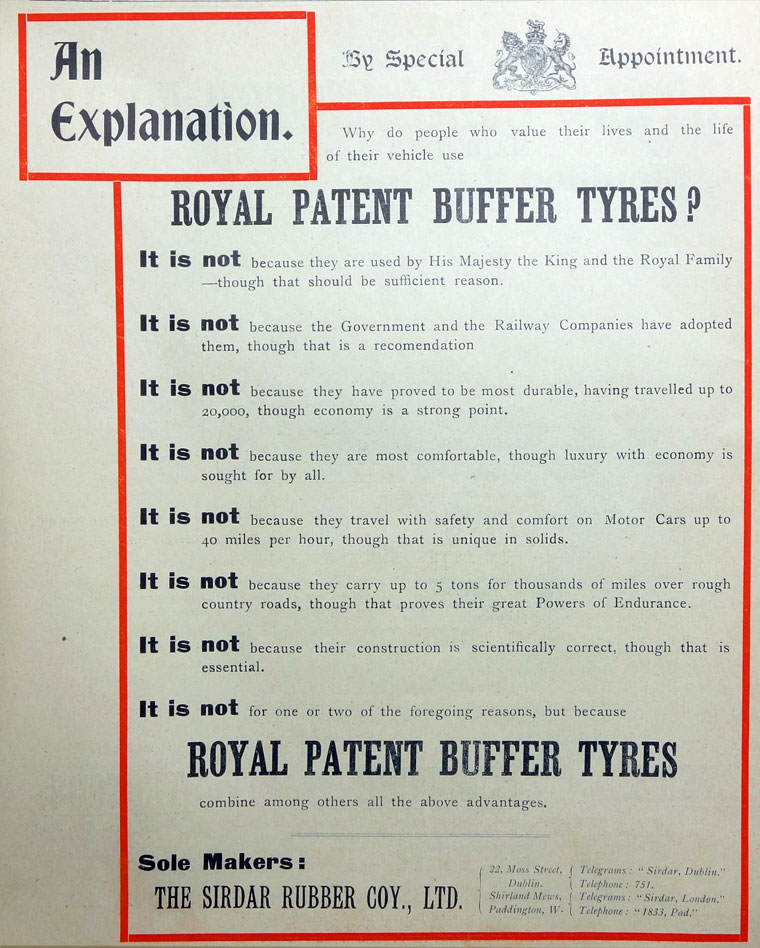 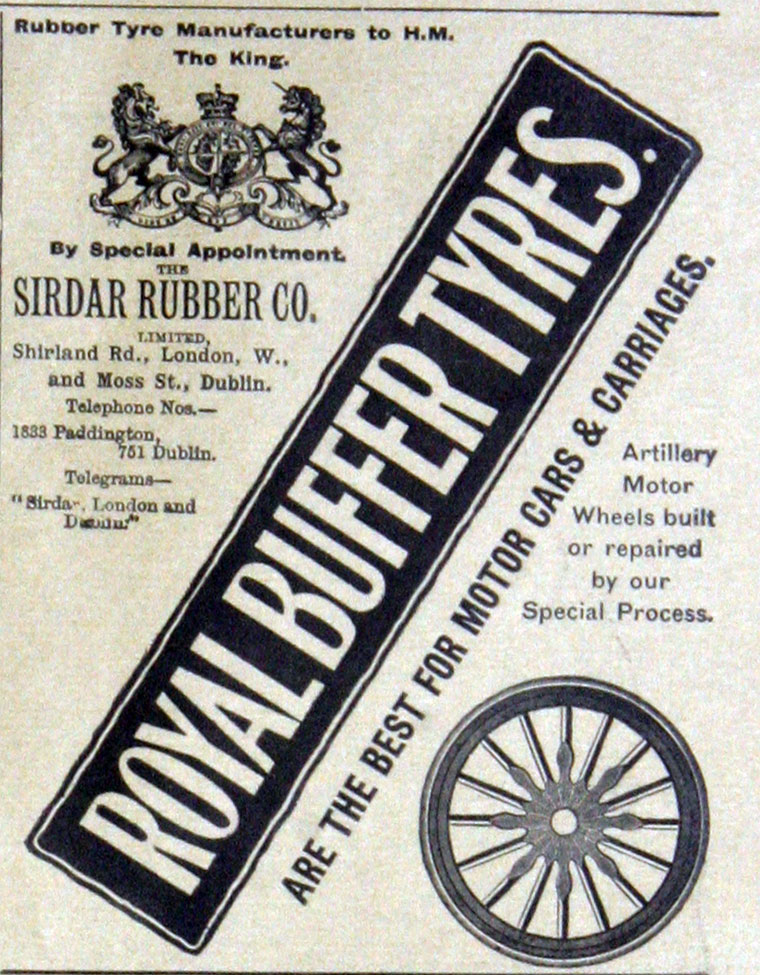 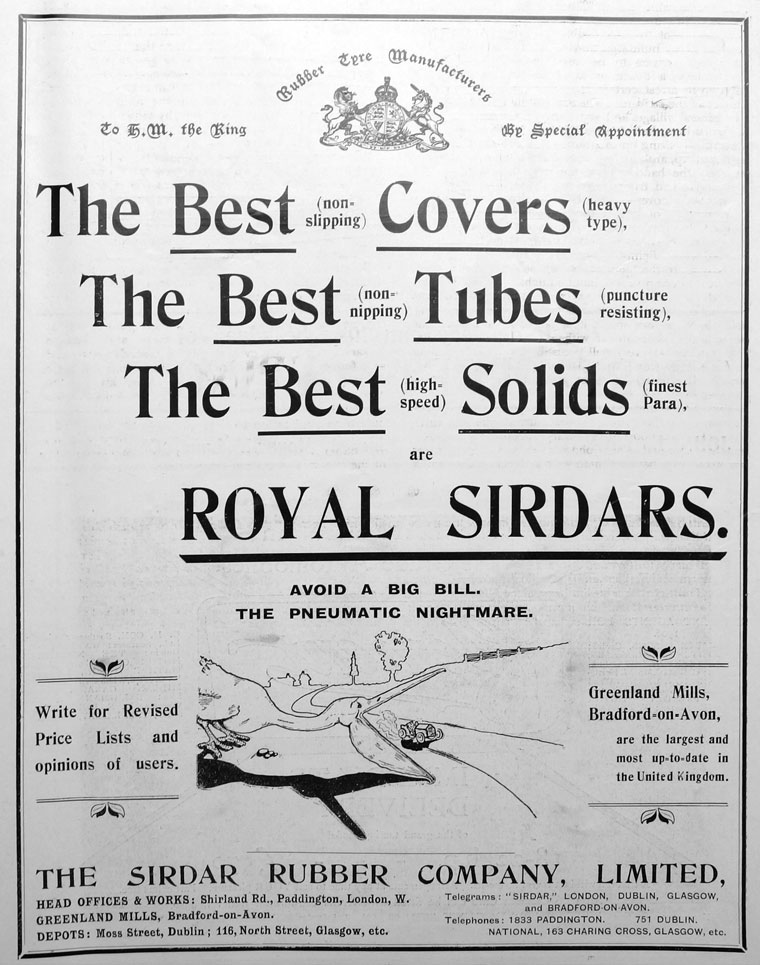 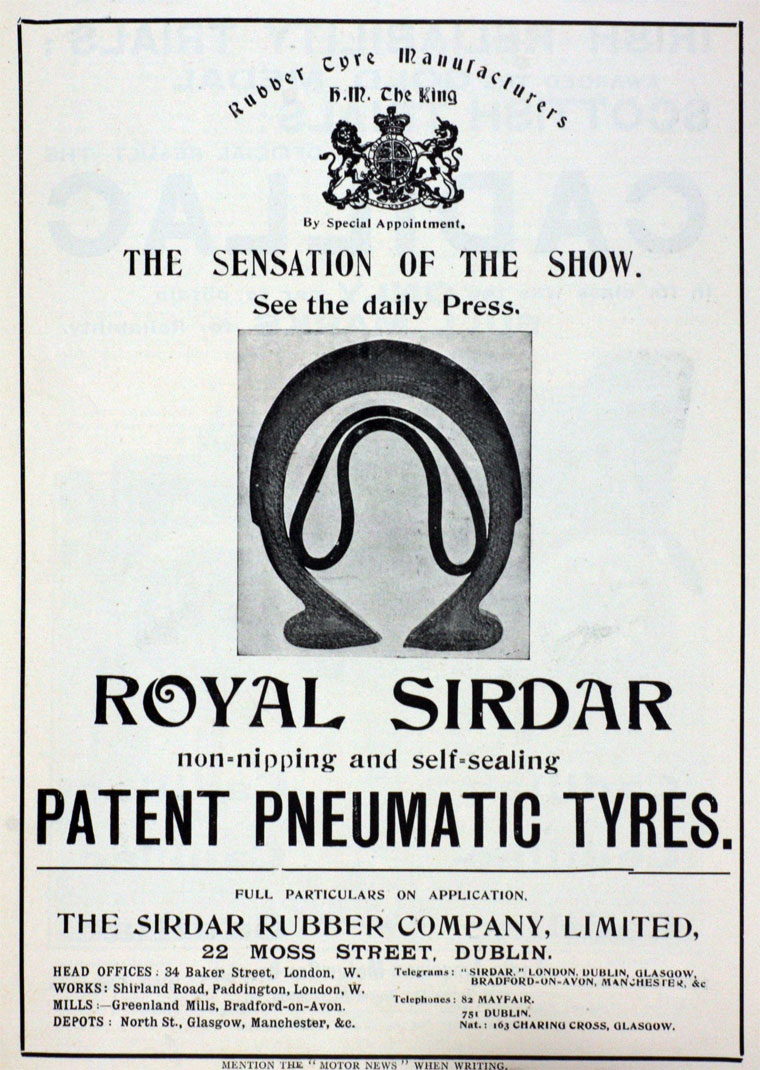 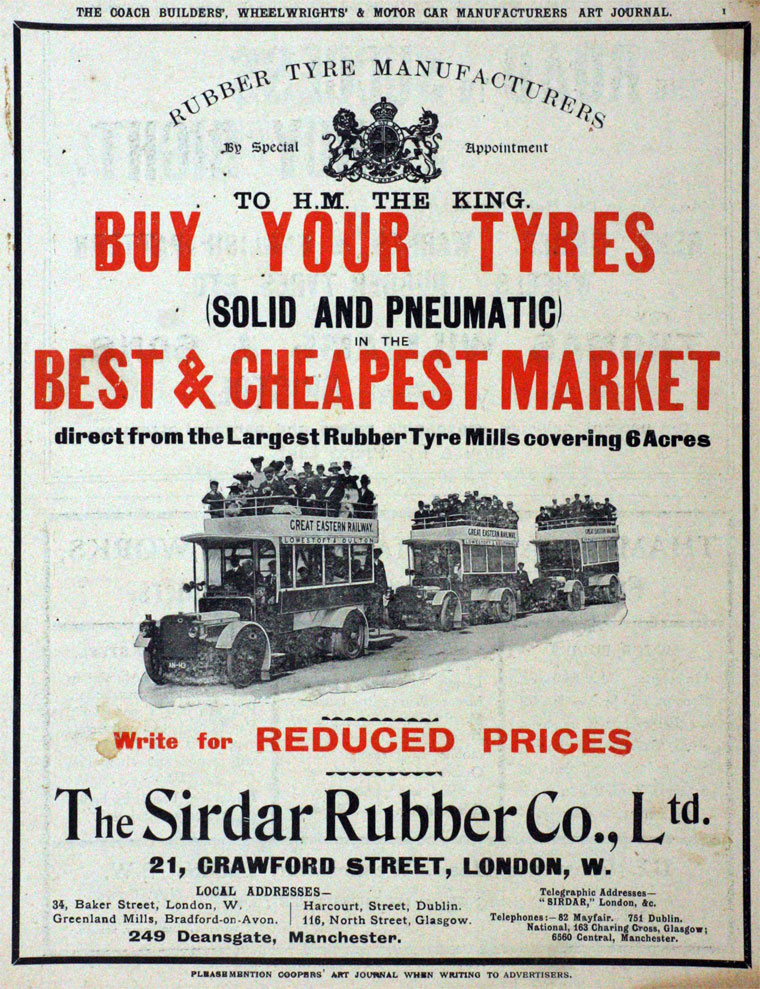 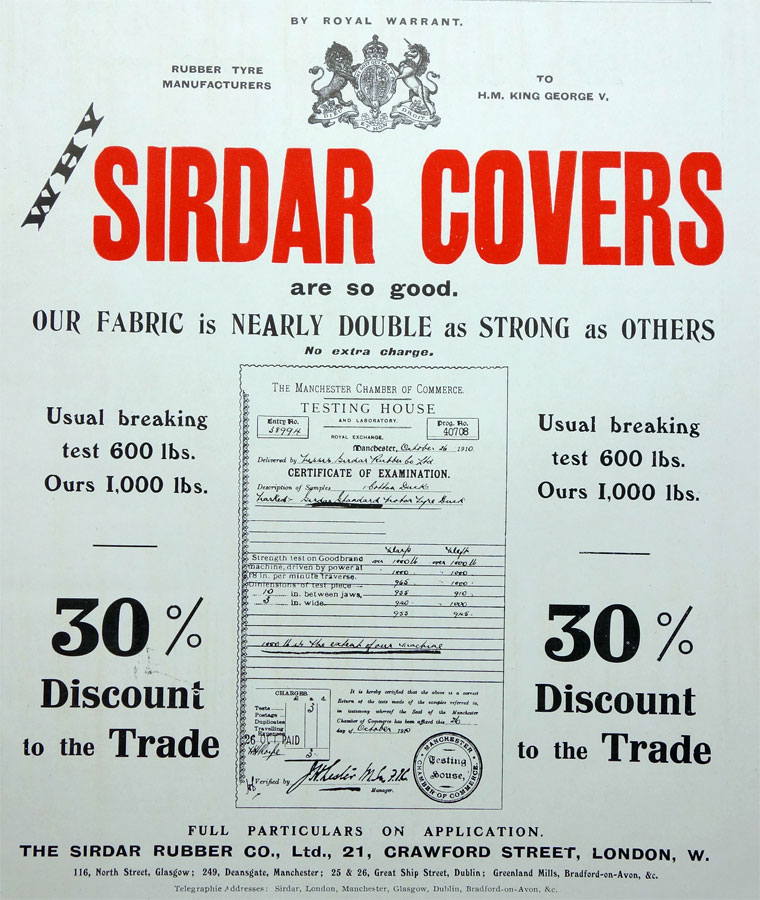 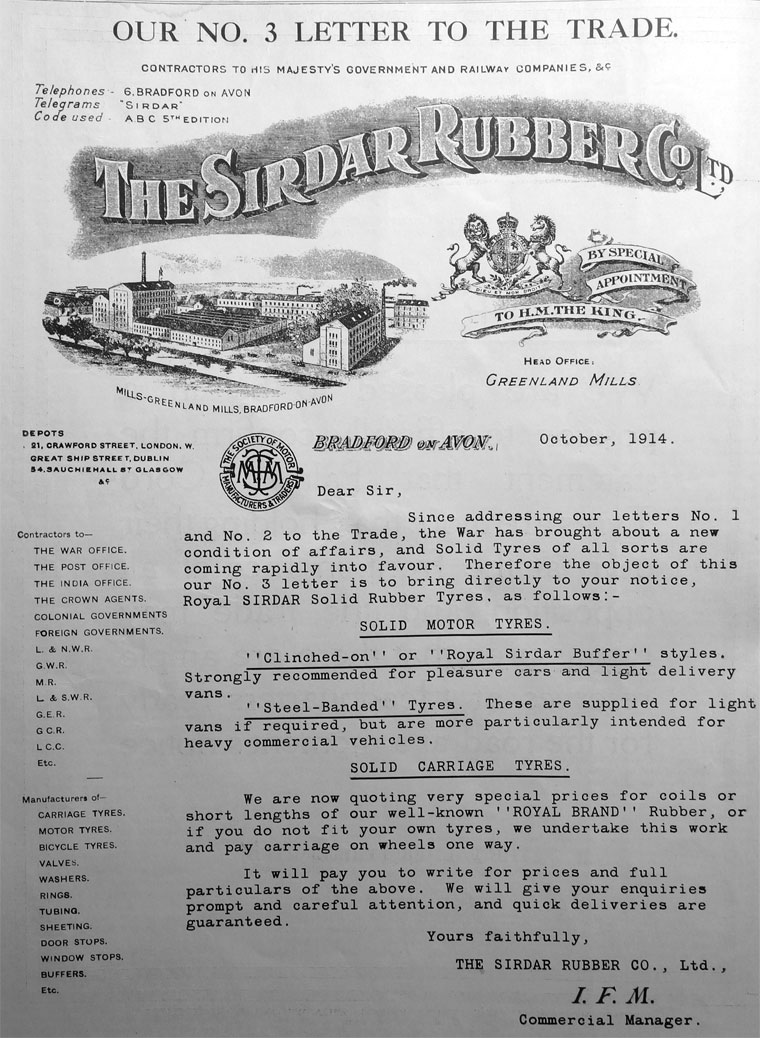 1900 Agreement with Kelham Rolling Mills Co of Sheffield (who advertised special steel channels for use with rubber tyres) to supply quantities of channel steel; Sirdar paid for special rollers; price would be adjusted if market prices dropped.

1904 Case brought against Kelham Rolling Mills Co concerning the supply of steel section; judgement partly in favour of the defendants but award given to Sirdar in view of the question of price/quantity of steel supplied[2].

1905 Testimonial received from Straker Steam Vehicle Co after the 2000 miles trial of their petrol omnibus[3].

1915 Avon India Rubber Co took over the works at Greenland Mills. The Sirdar company had gone bankrupt the previous year and Avon took it over to supply munitions for the war effort. This acquisition swelled the workforce by another 300 people.