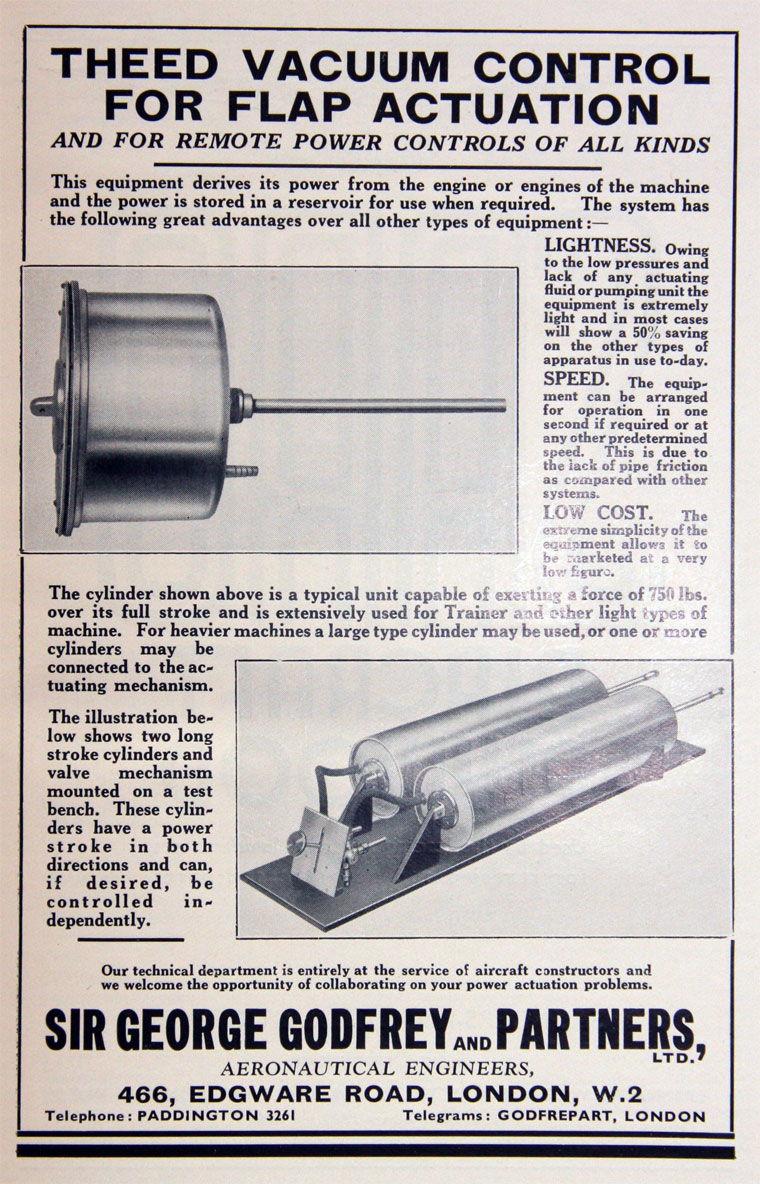 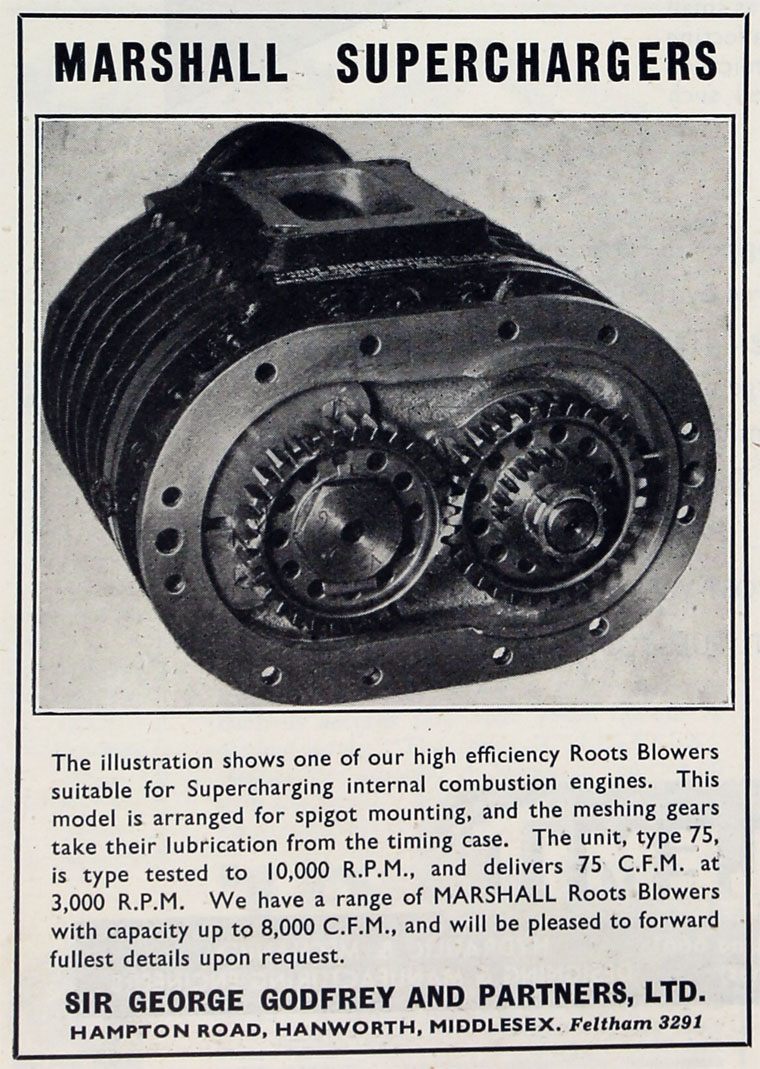 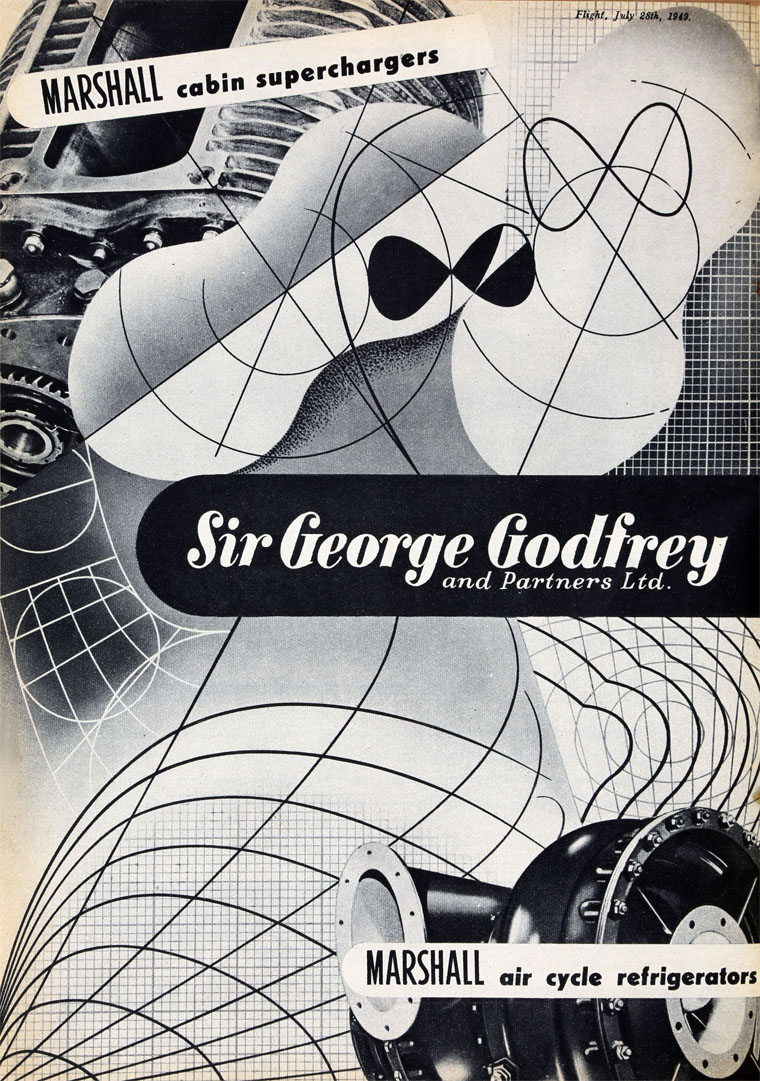 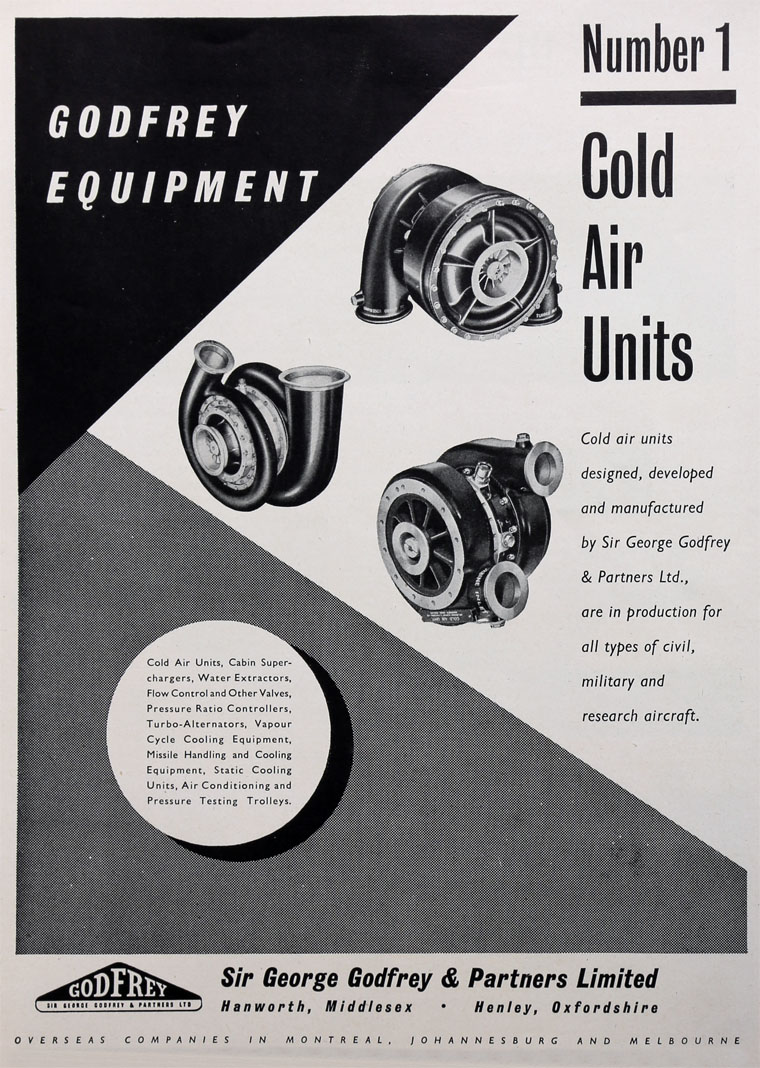 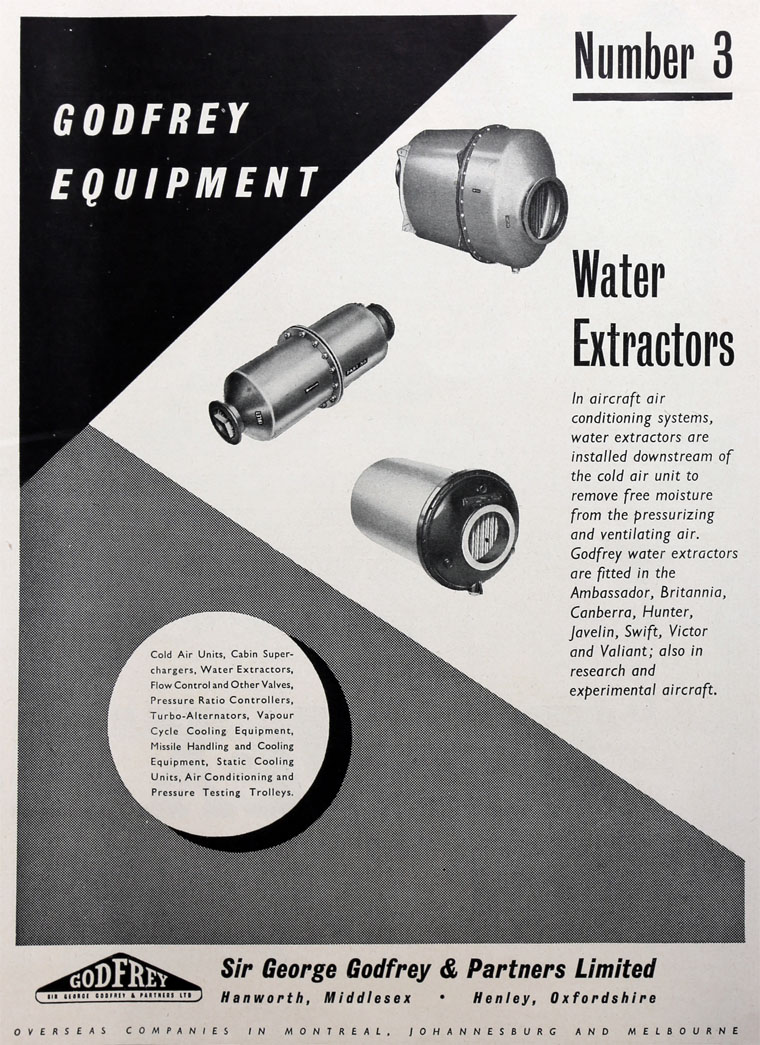 c.1939 Proposed to the Air Ministry that they should investigate means of pressurising aircraft cabins, using their established Marshall supercharger. The company were the only British company investigating pressurisation pre-war[1]

1943 and 1945 Patents concerning use of Roots blowers with engines

WWII Godfreys supplied the Marshall-Godfrey superchargers for use in high-altitude aircraft, as cabin blowers and for snorkel blowing on submarines.[2]

1968 Acquired by James Howden and Co