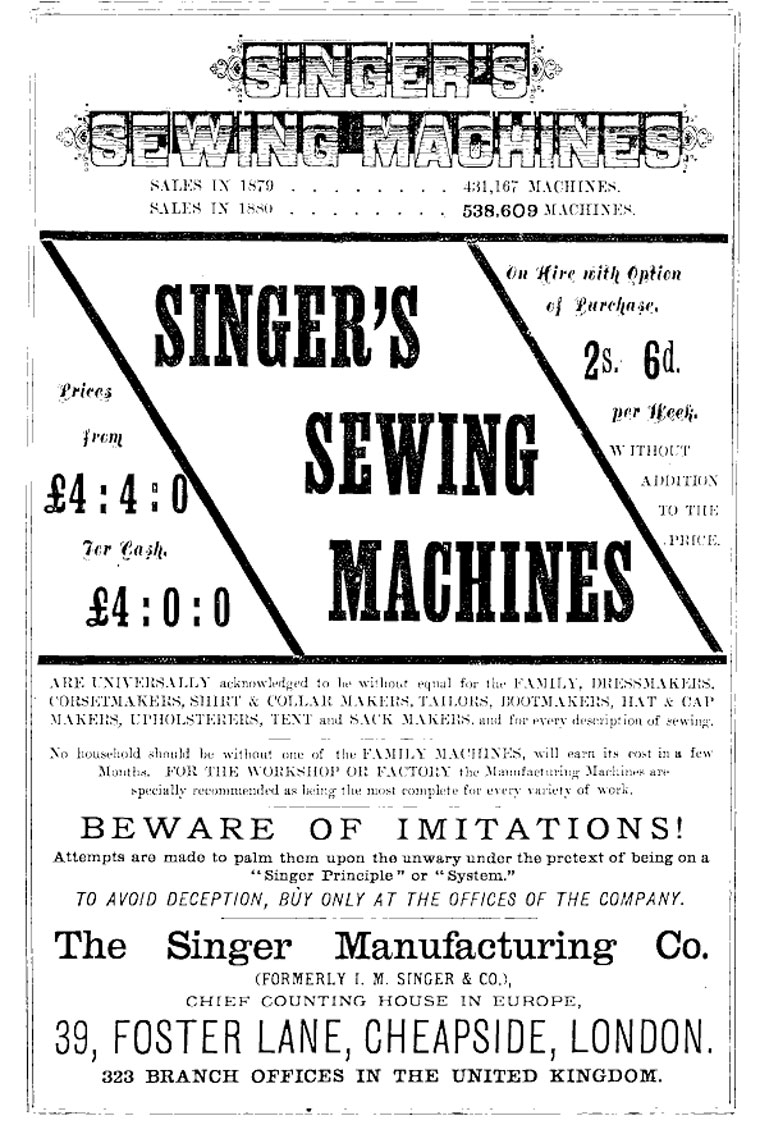 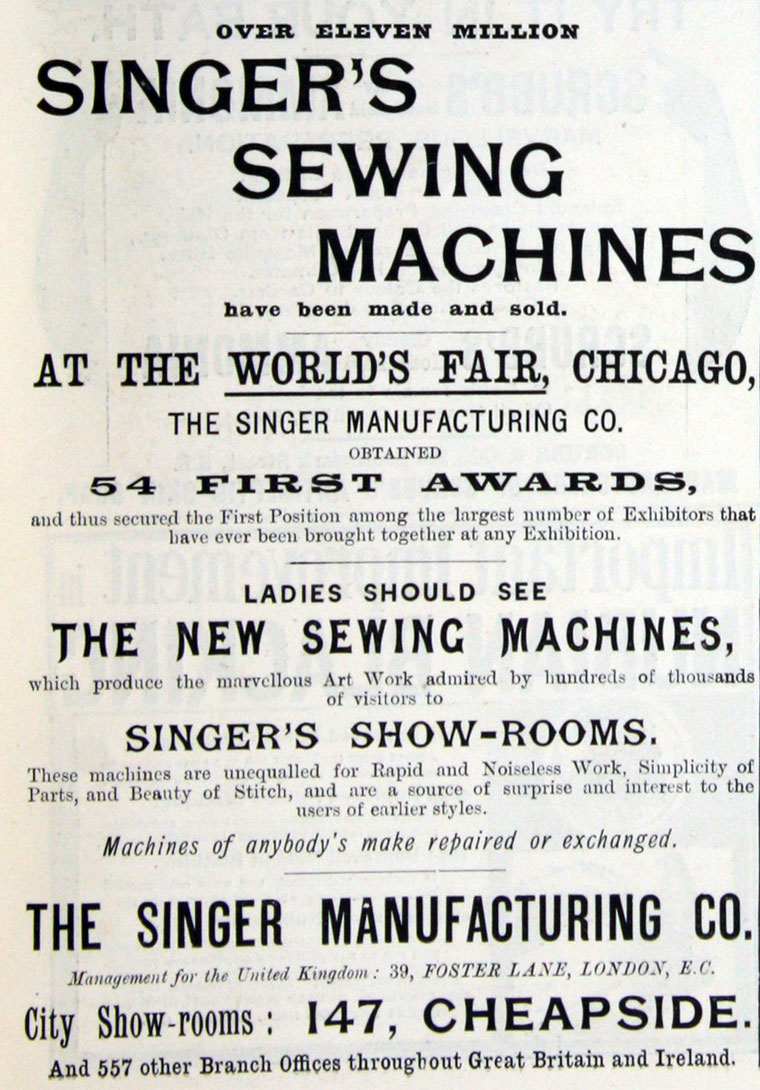 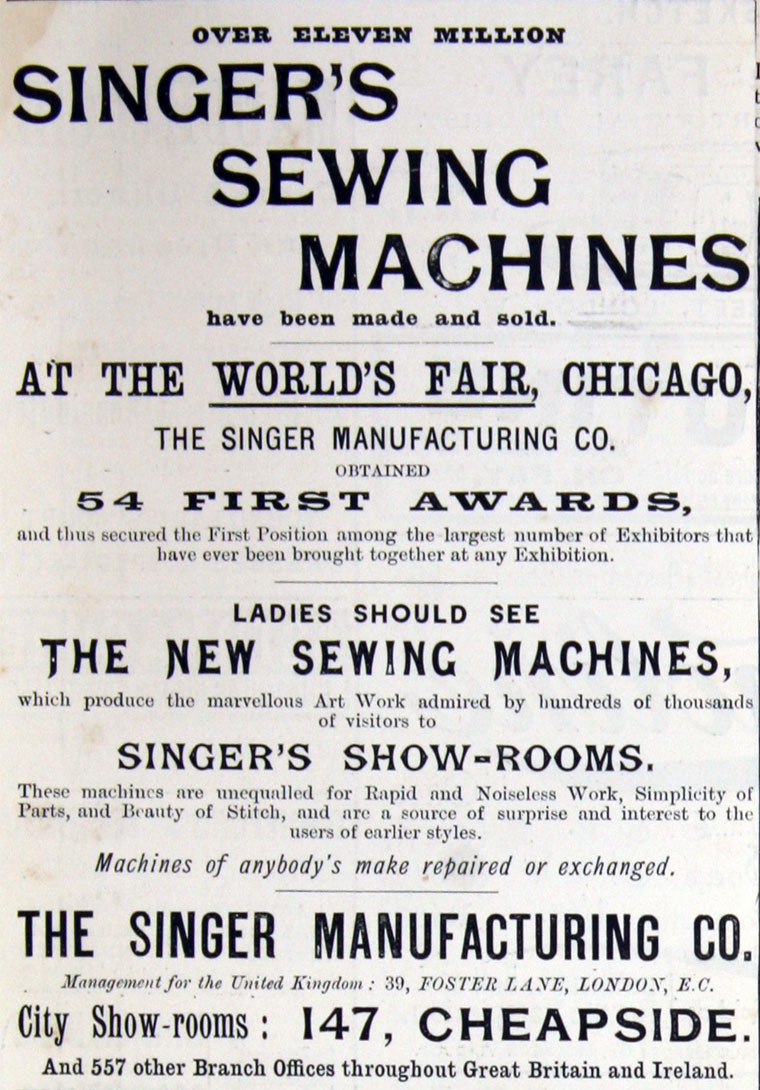 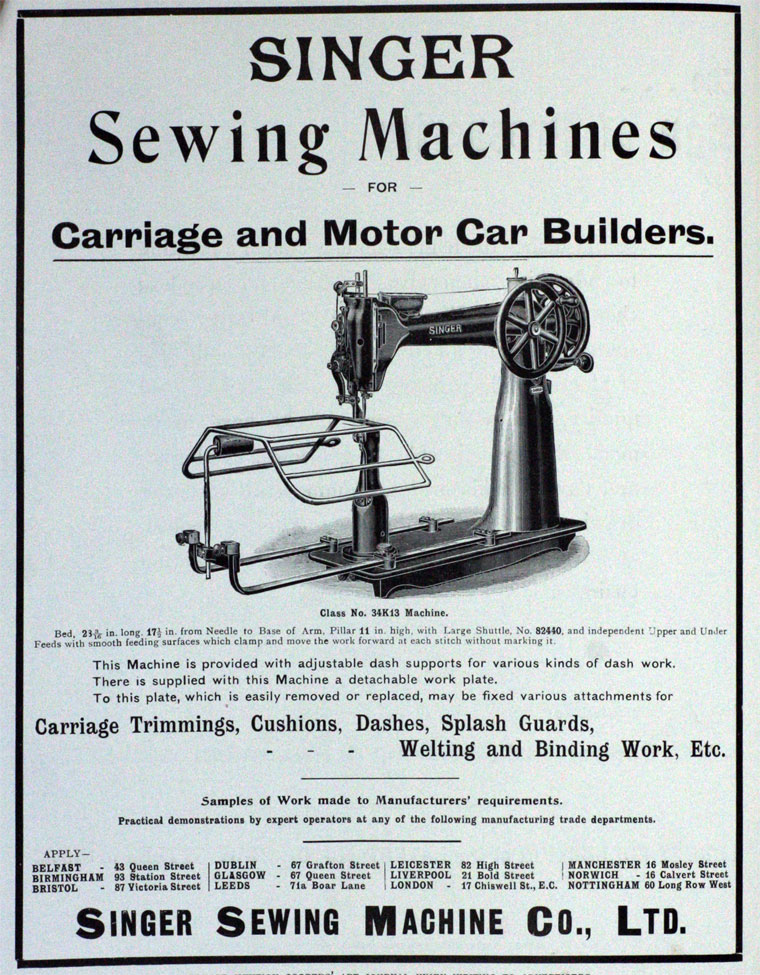 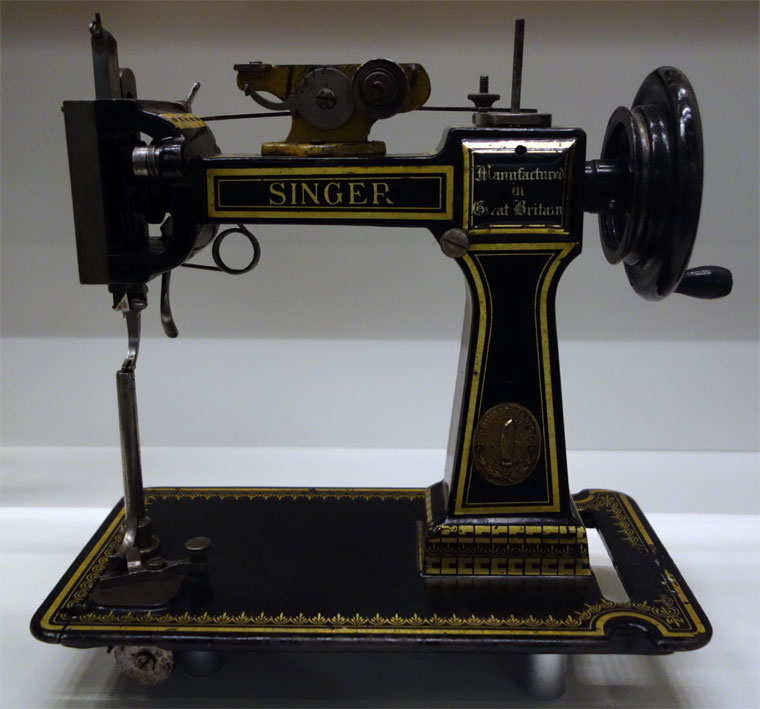 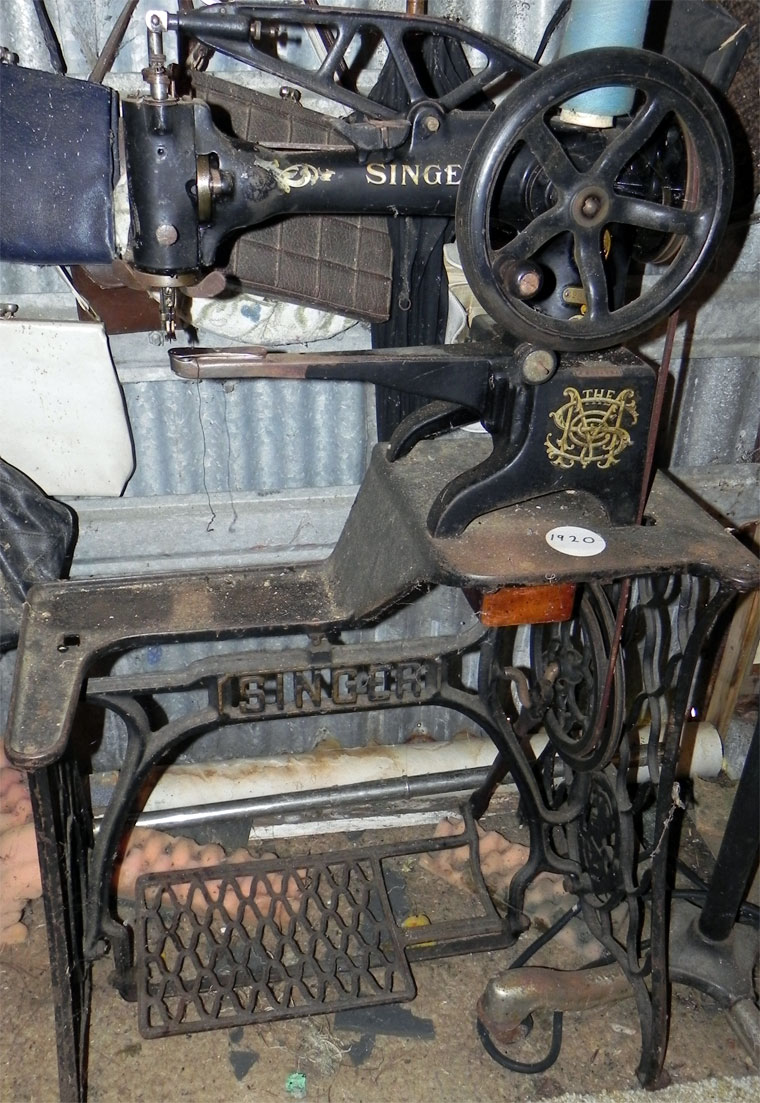 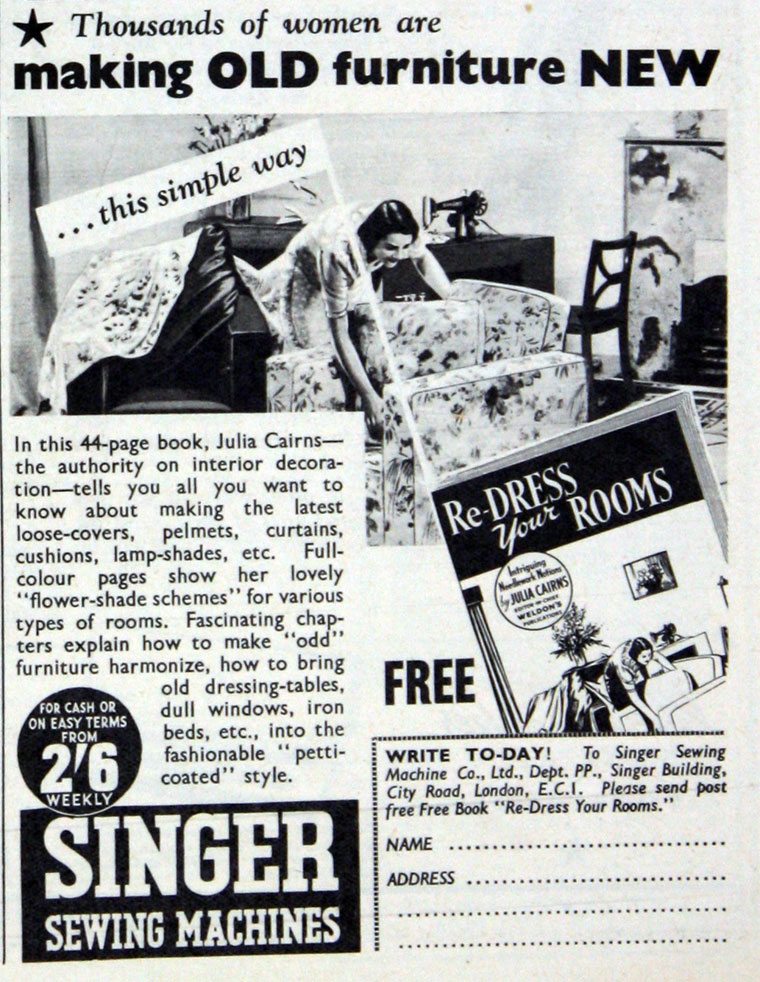 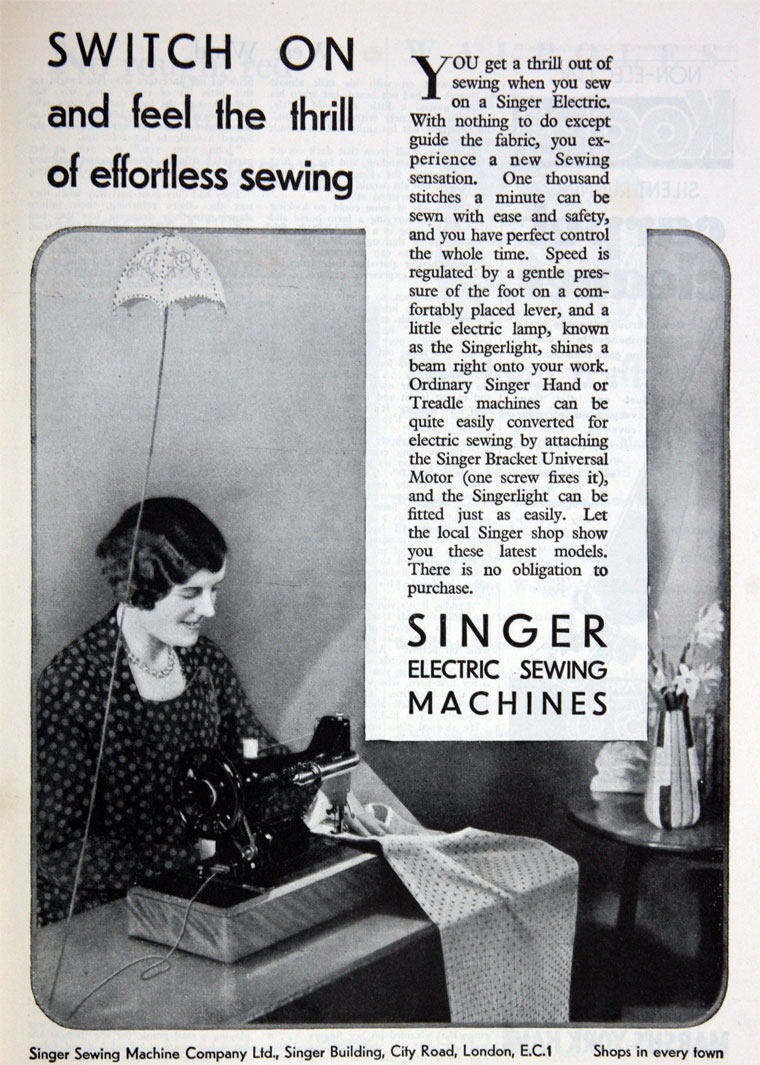 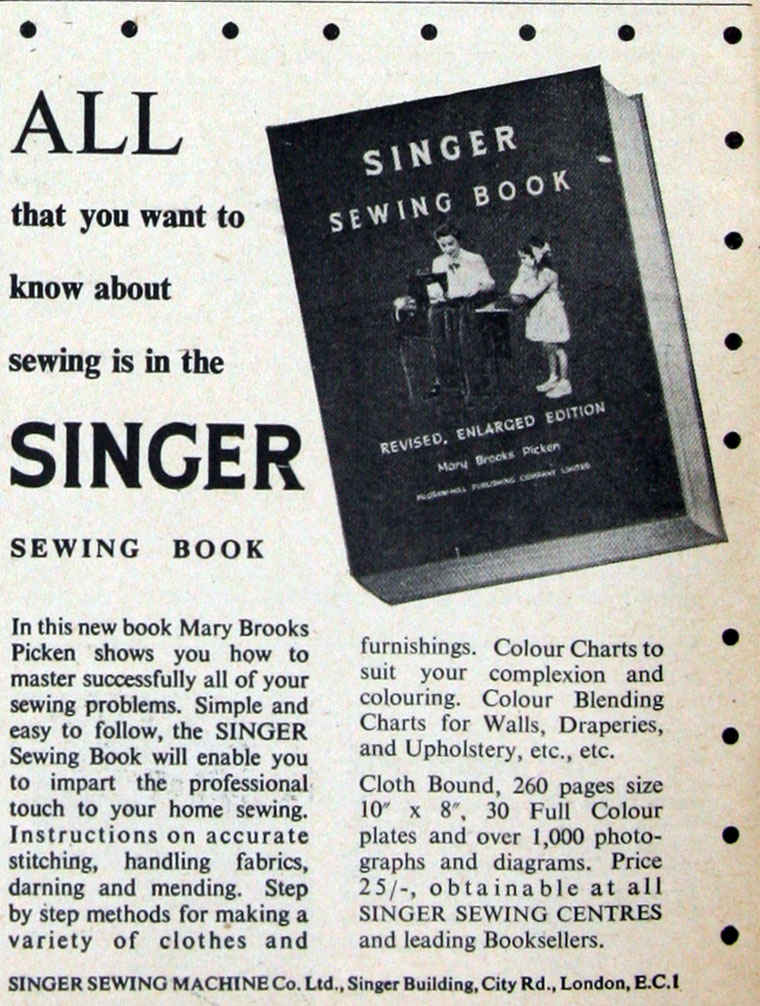 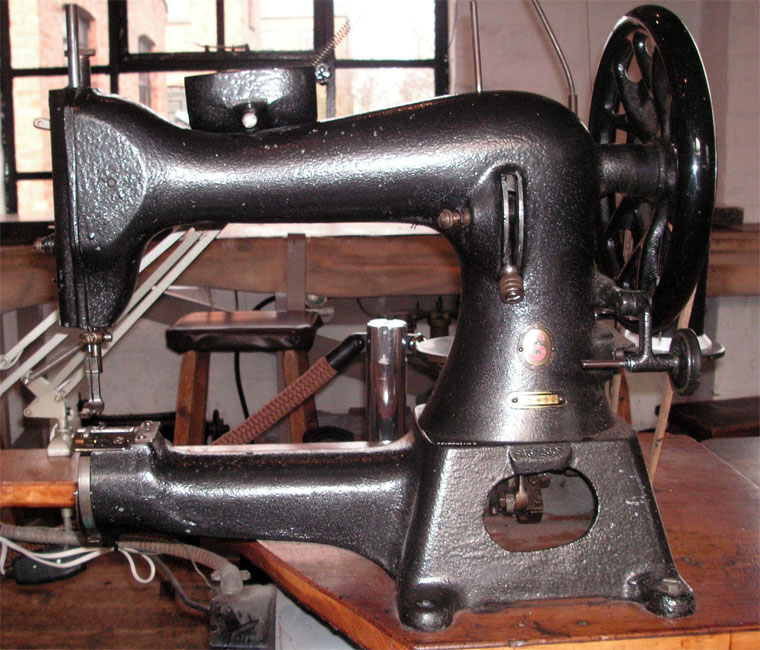 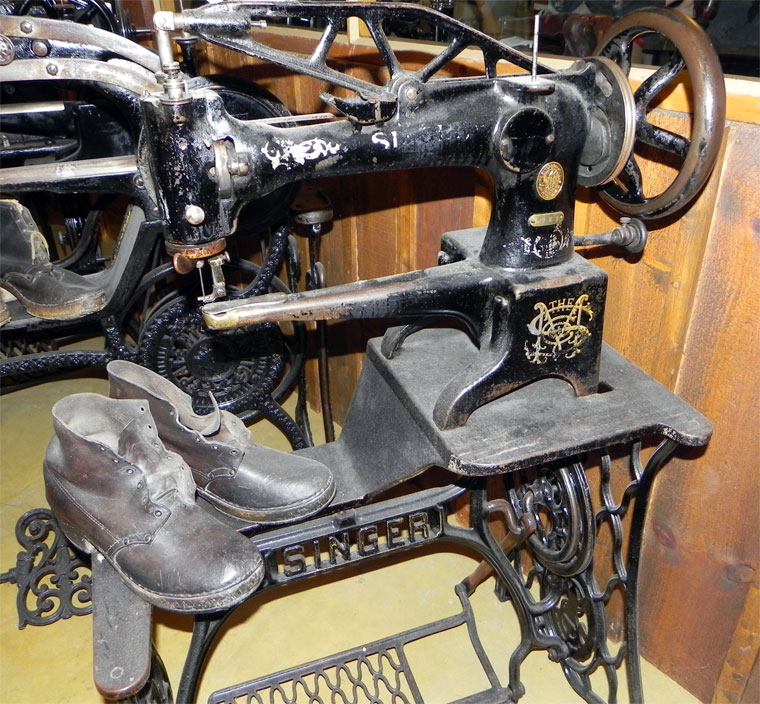 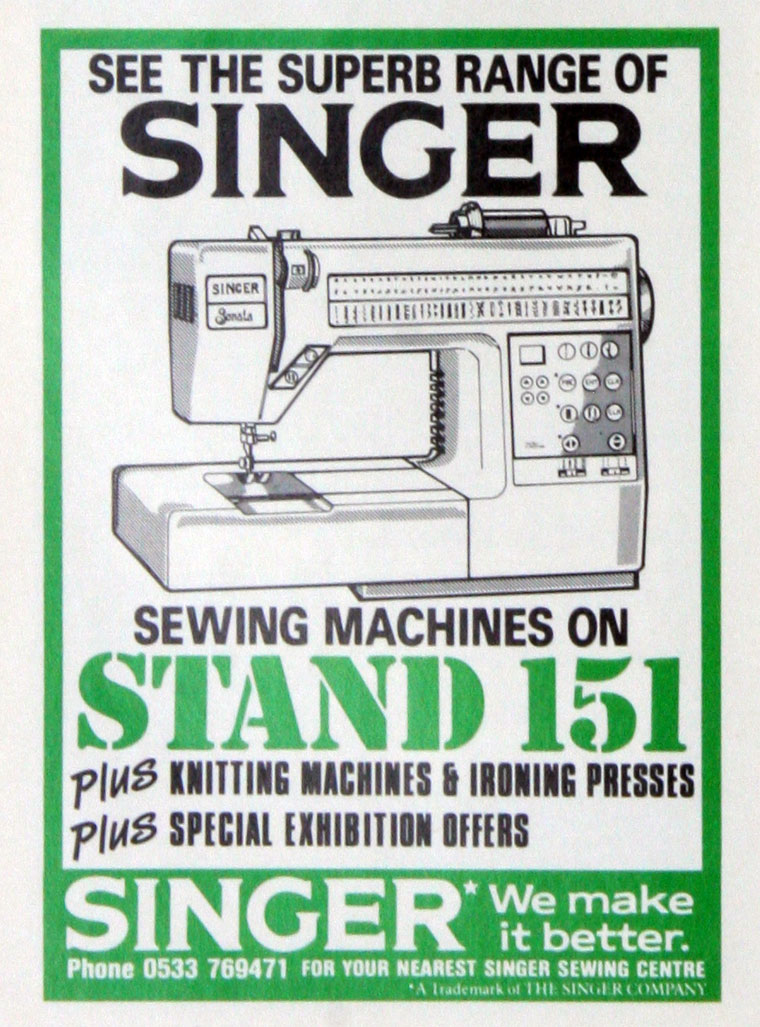 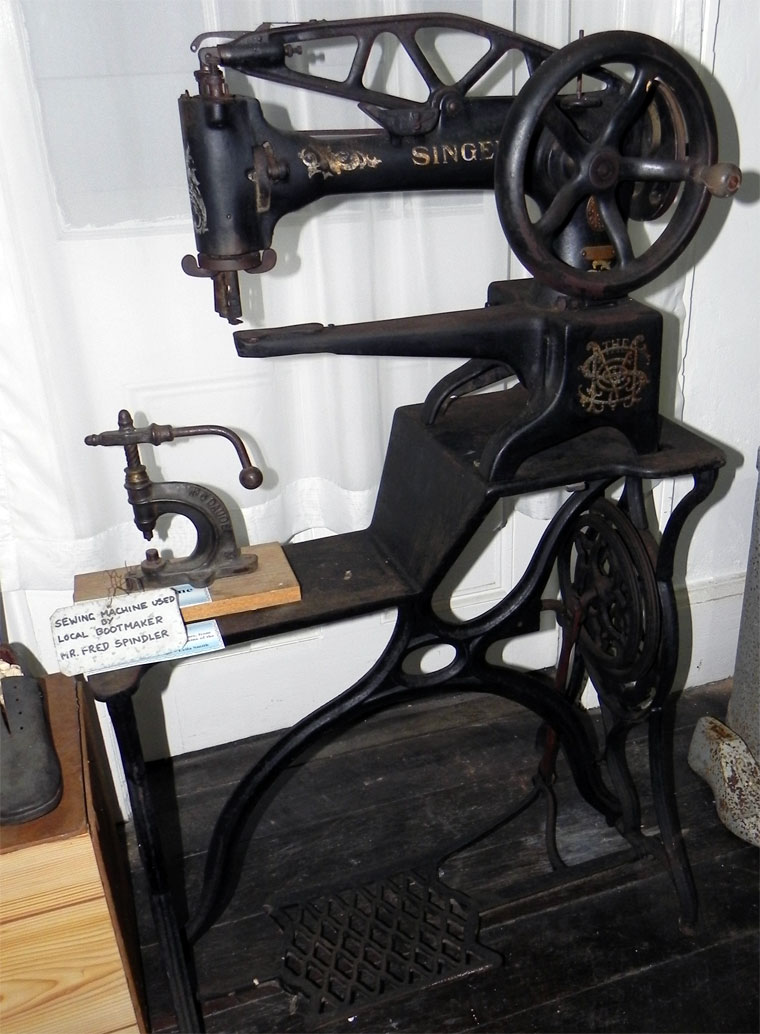 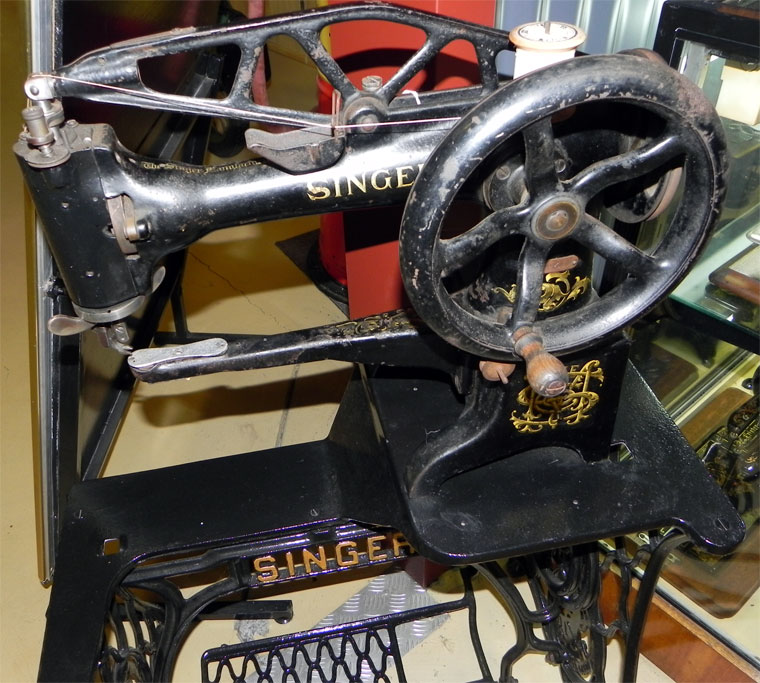 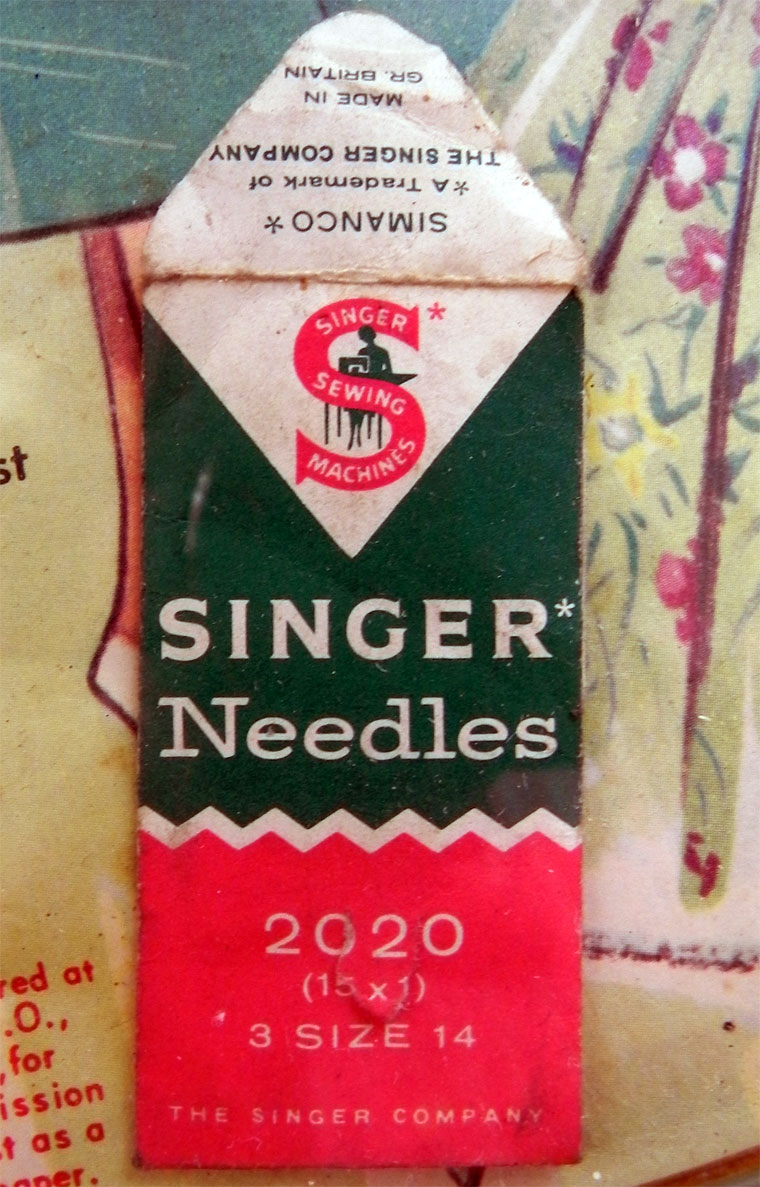 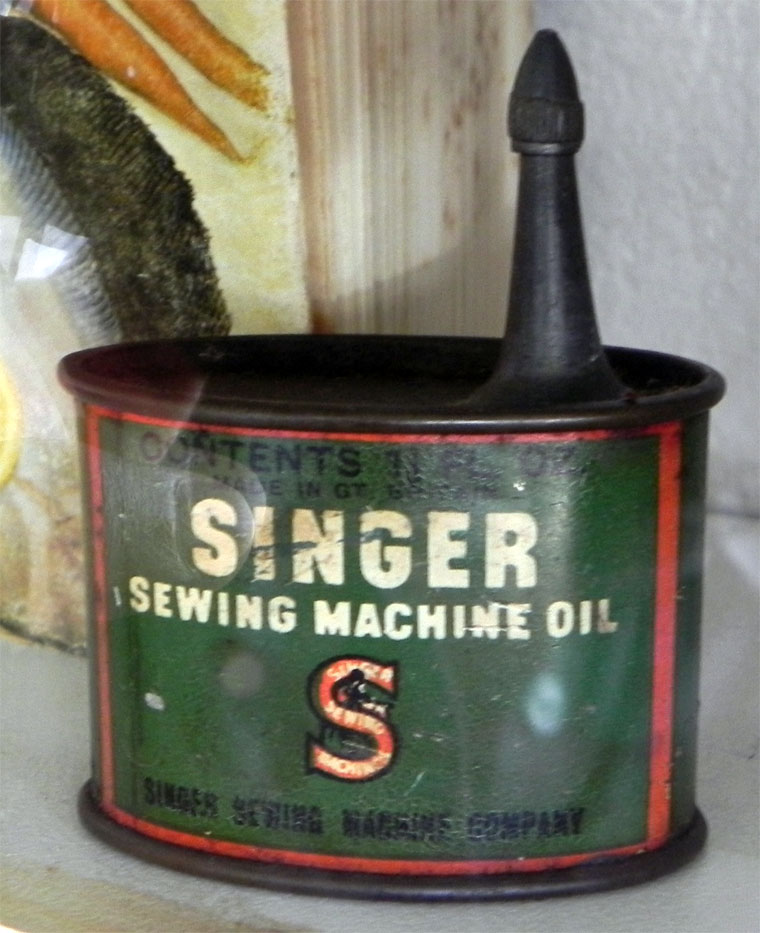 1867 Singer's first factory outside the U.S.A. was opened in Glasgow, Scotland. Singer decided that the demand for their sewing machines in the UK was sufficiently high to open a local factory in John Street. Glasgow was selected for its iron making industries, cheap labour and possibly because at the time the General Manager of the Singer Manufacturing Co of New Jersey was George McKenzie, who was of Scottish descent.[1]

1870 Sales and Distribution centers were opened in England. The Singer Red "S" girl trademark was introduced and becomes a well known trademark throughout the world.

1871 The Bridgton factory becomes the largest in Britain.

1875 Isaac Merritt Singer died in Torquay, England at the age of 63.

1883 The largest sewing machine factory in the world was opened at Kilbowie in Scotland. At one point, this factory employed over 12,000 workers.

1891 First use of an electric motor to power a commercial sewing machine.

Demand continued to exceed production, so each building was extended upwards to 6 storeys high.[4]

1963 As part of the modernisation programme the famous Singer Clock was demolished.

At the height of its productiveness in the mid 1960s Singer employed over 16,000 workers but by the end of that decade compulsory redundancies were taking place and 10 years later the workforce was down to 5,000.

The complex of buildings was demolished in 1998.