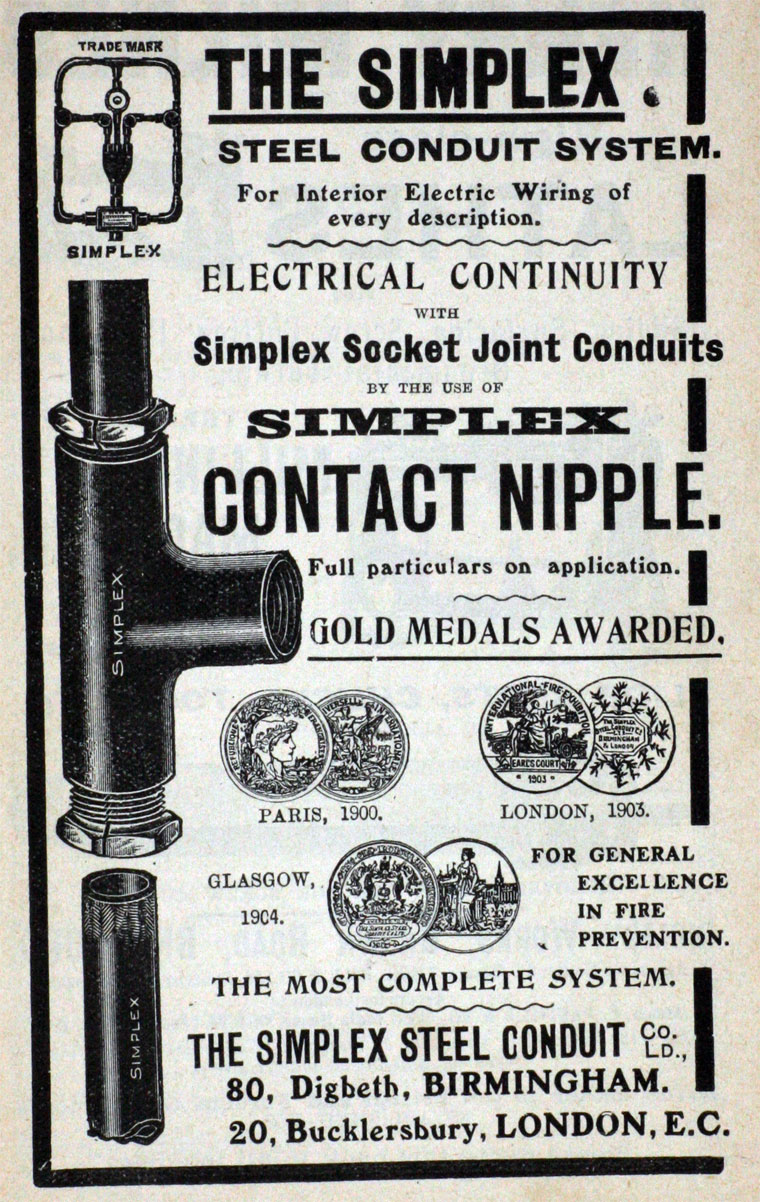 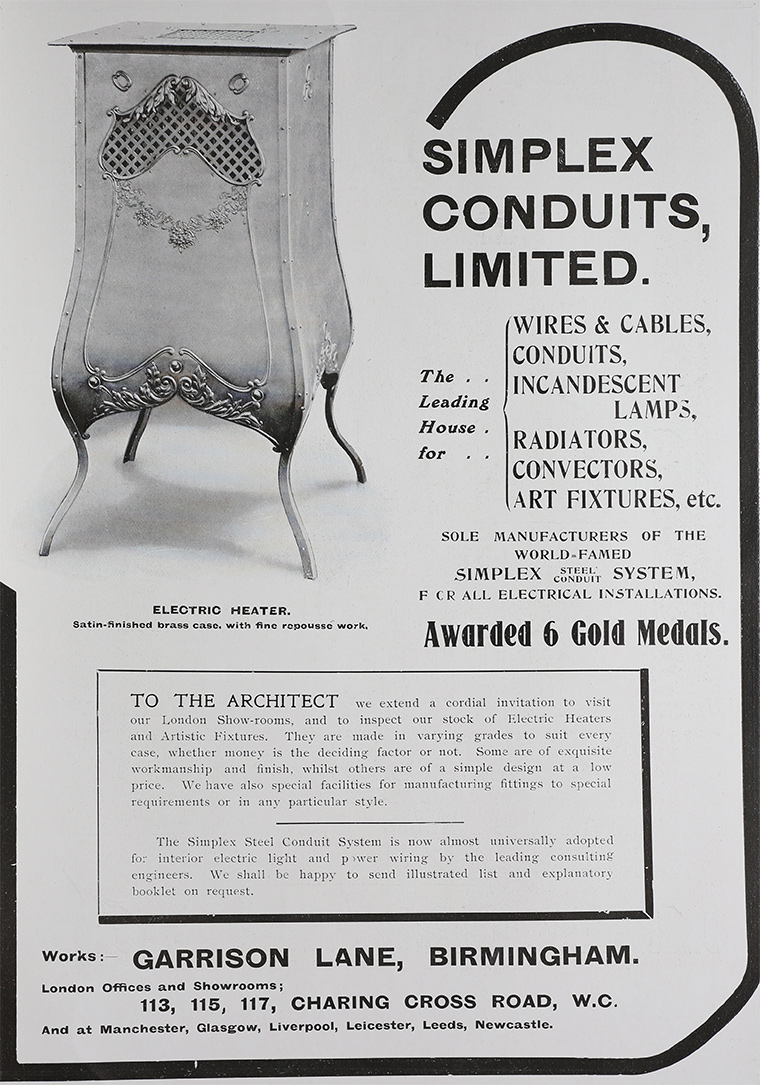 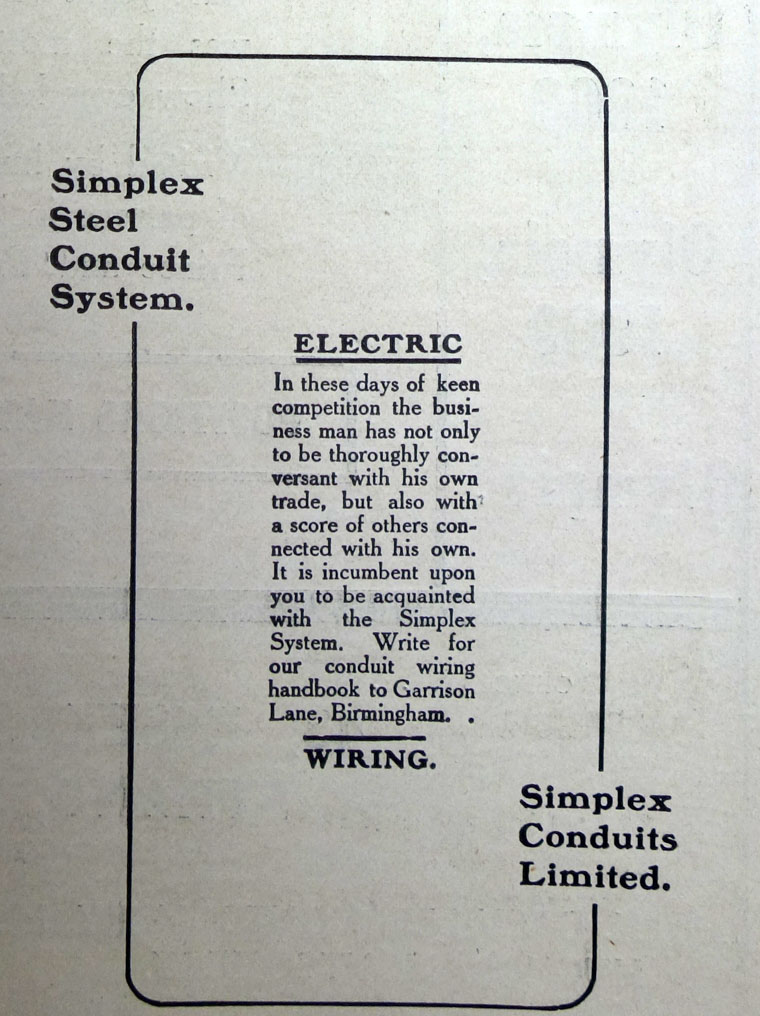 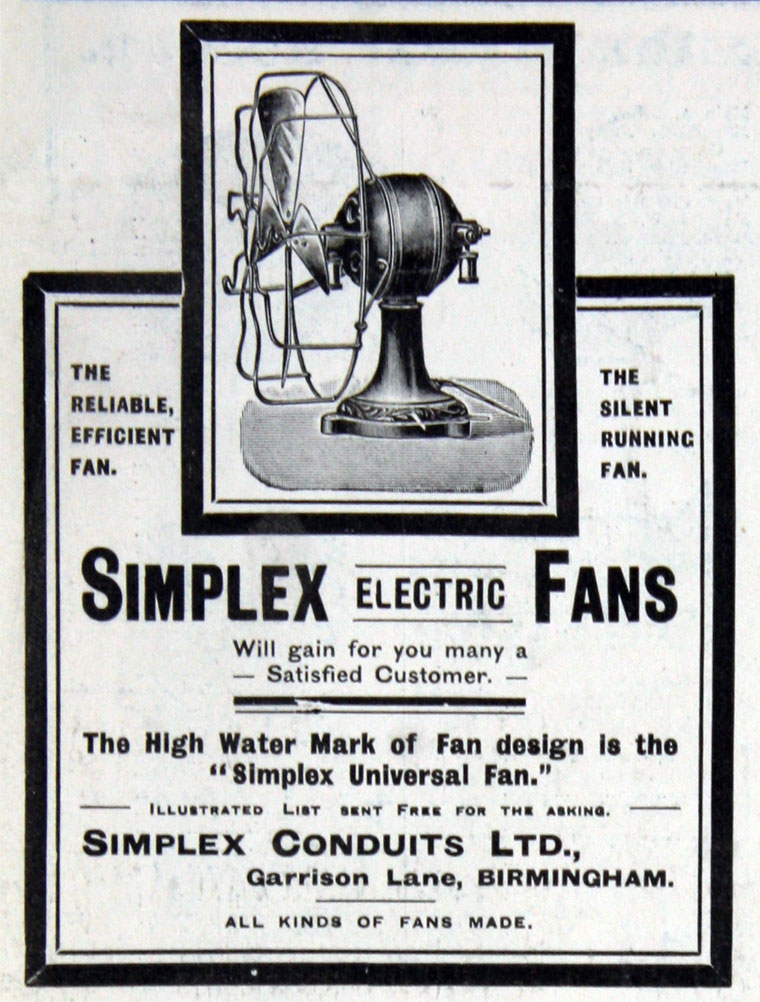 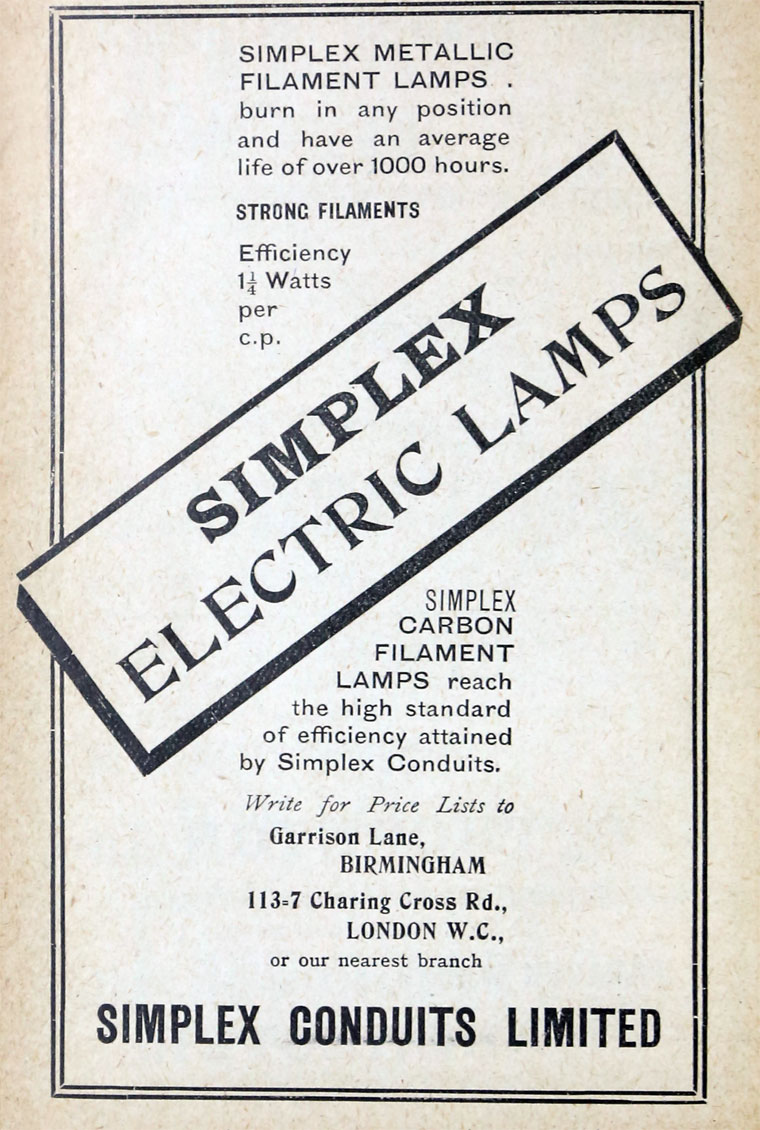 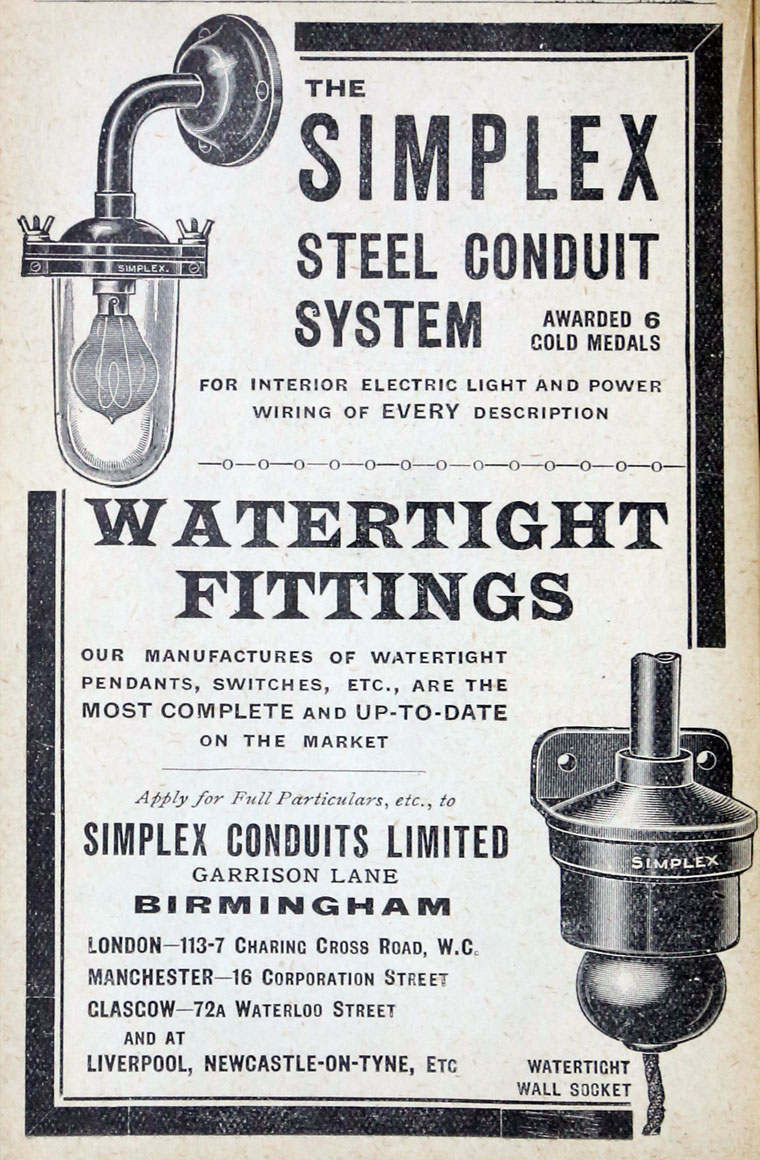 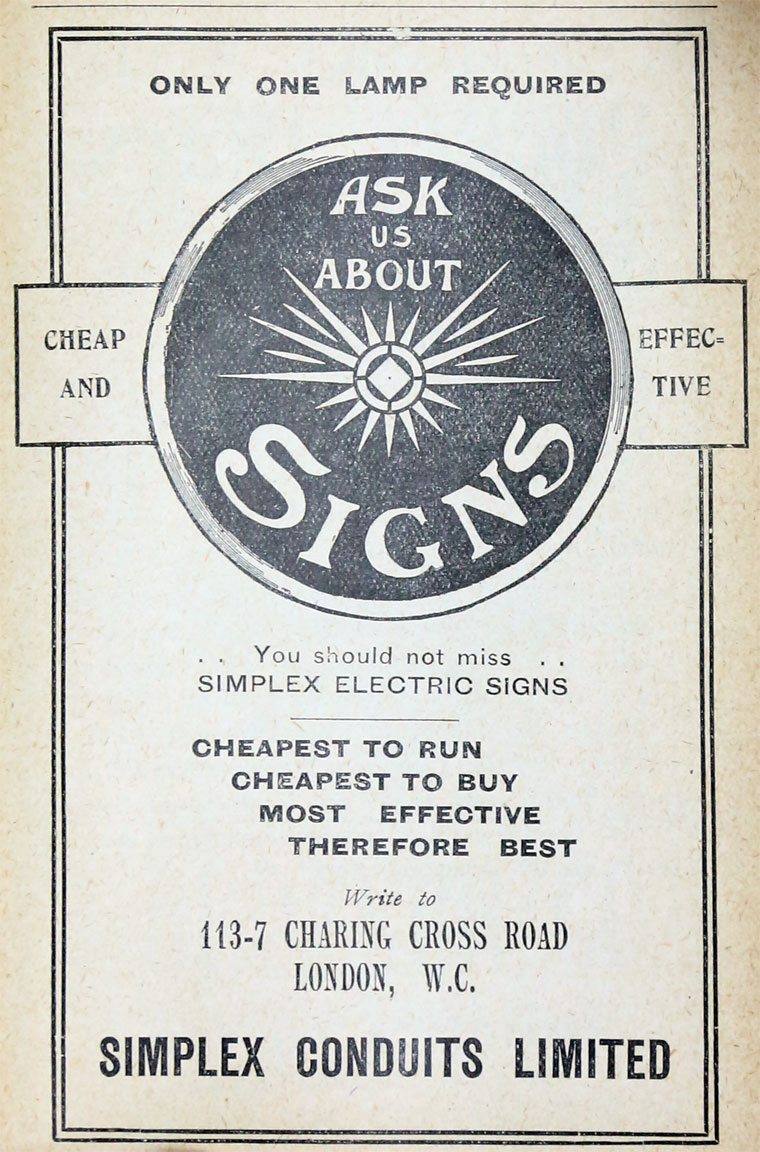 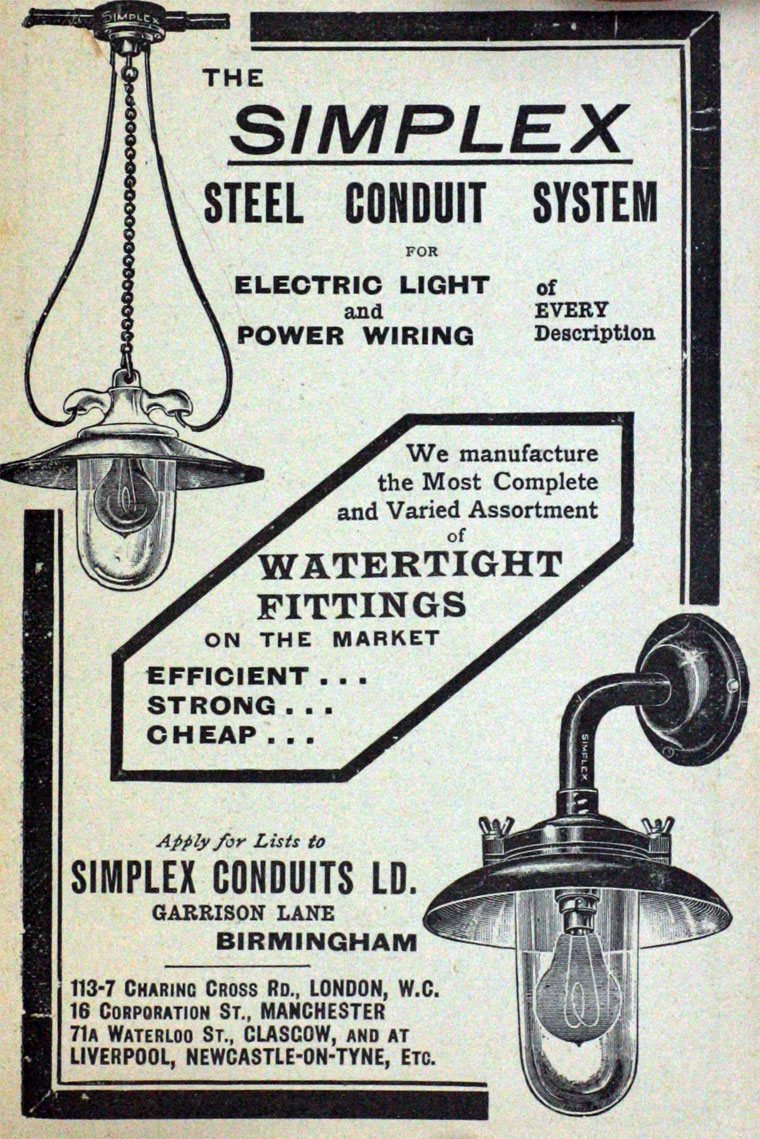 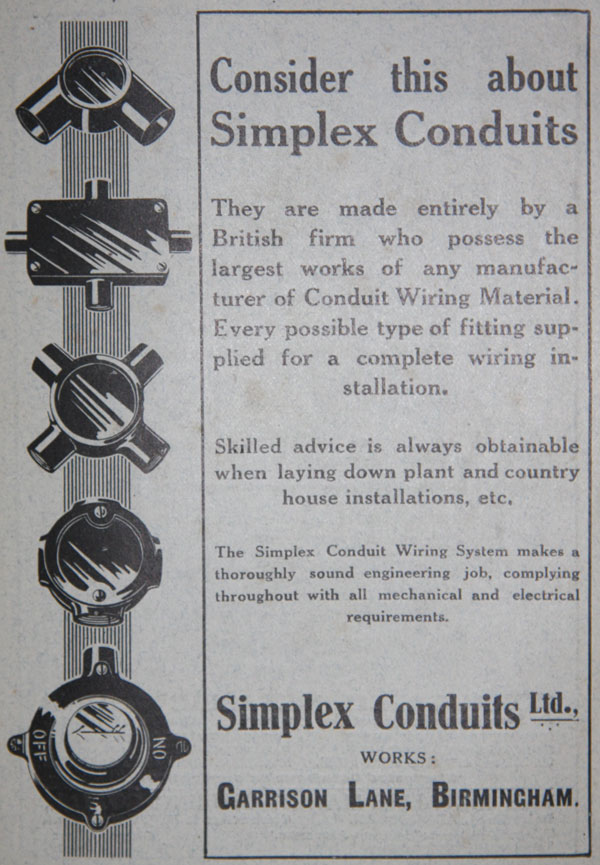 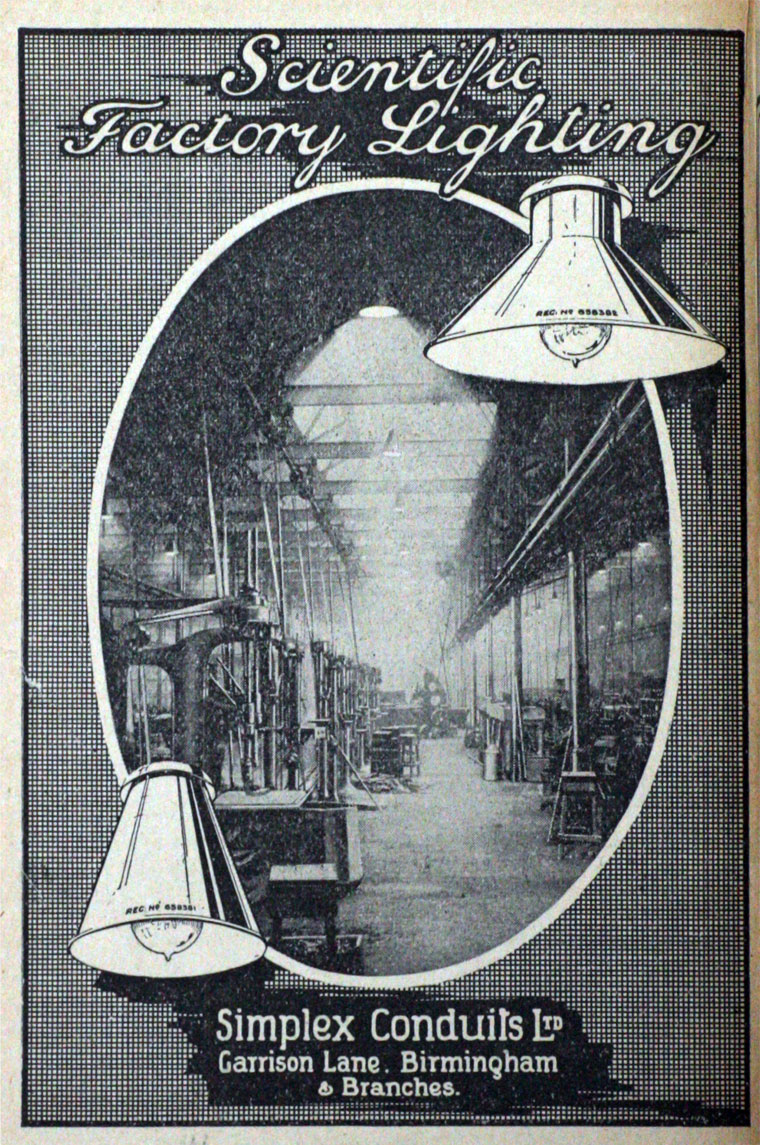 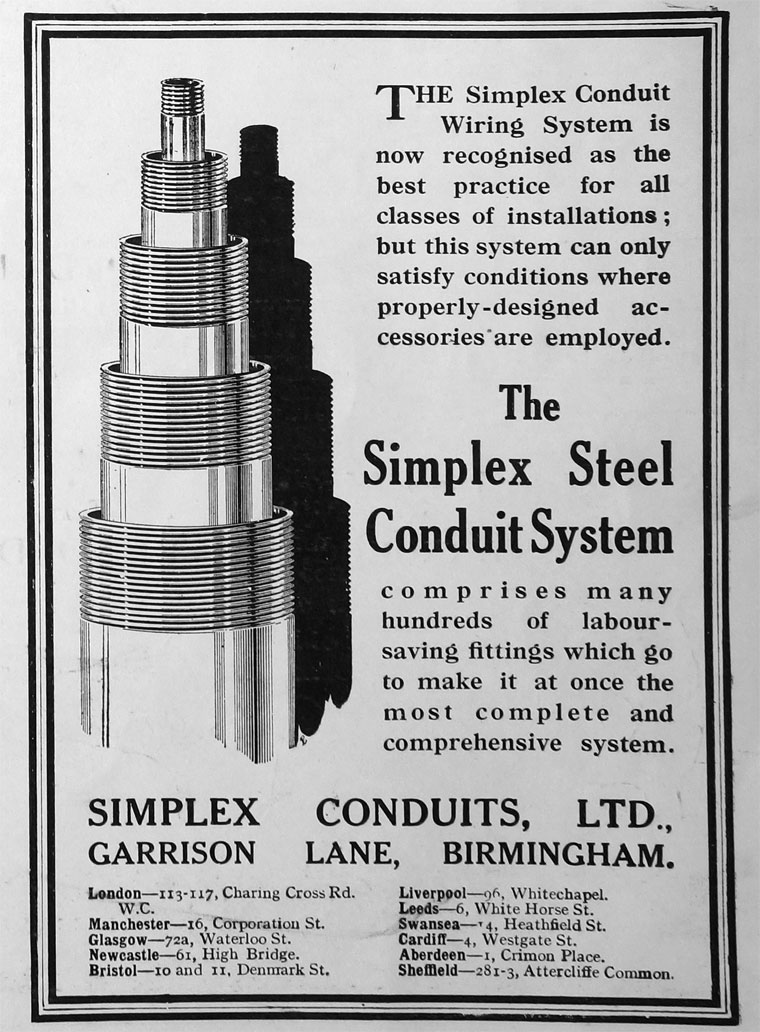 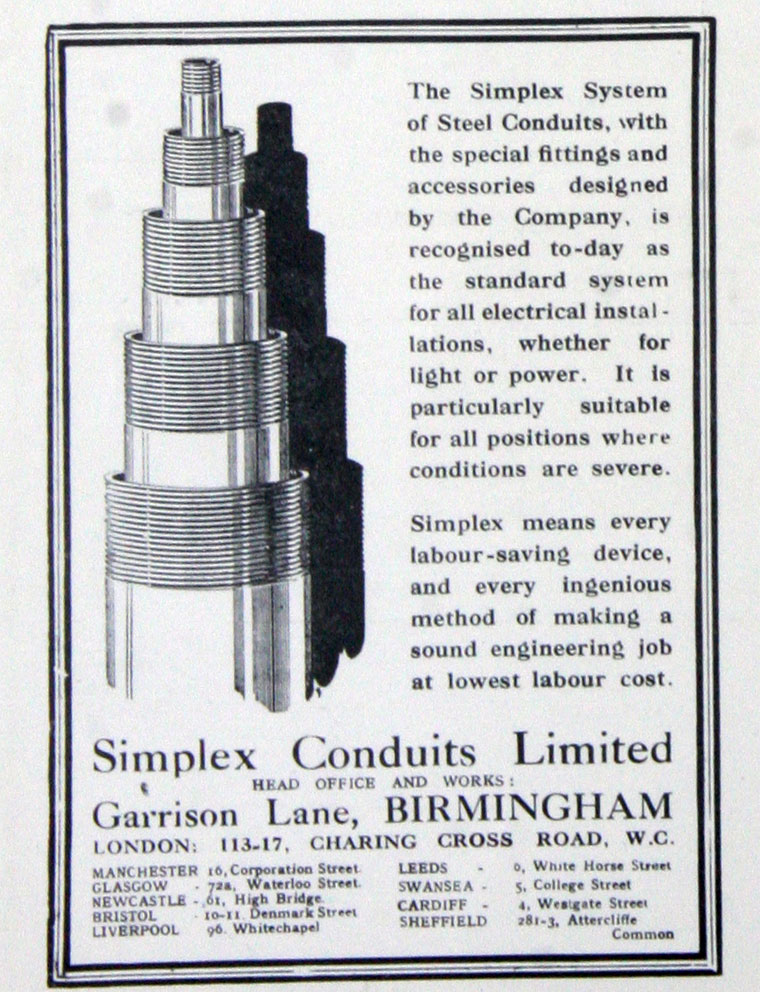 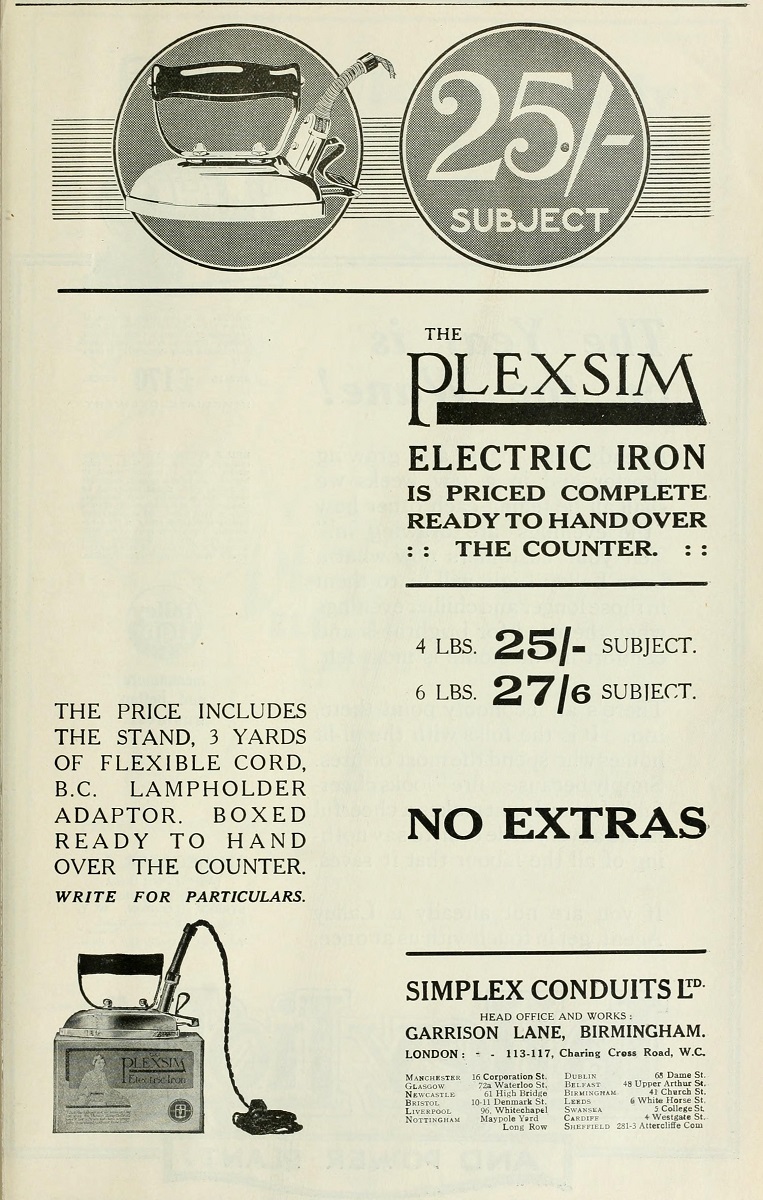 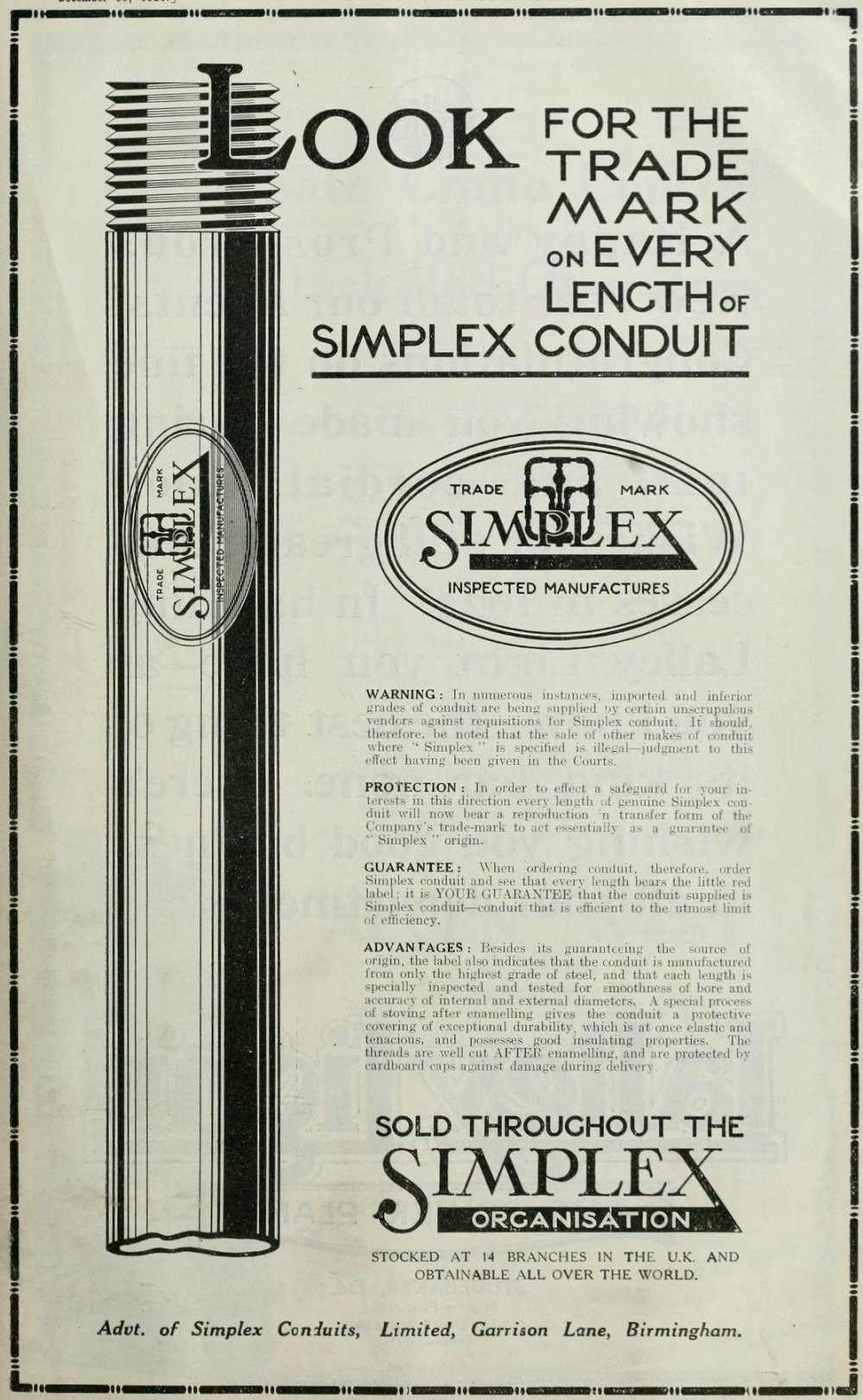 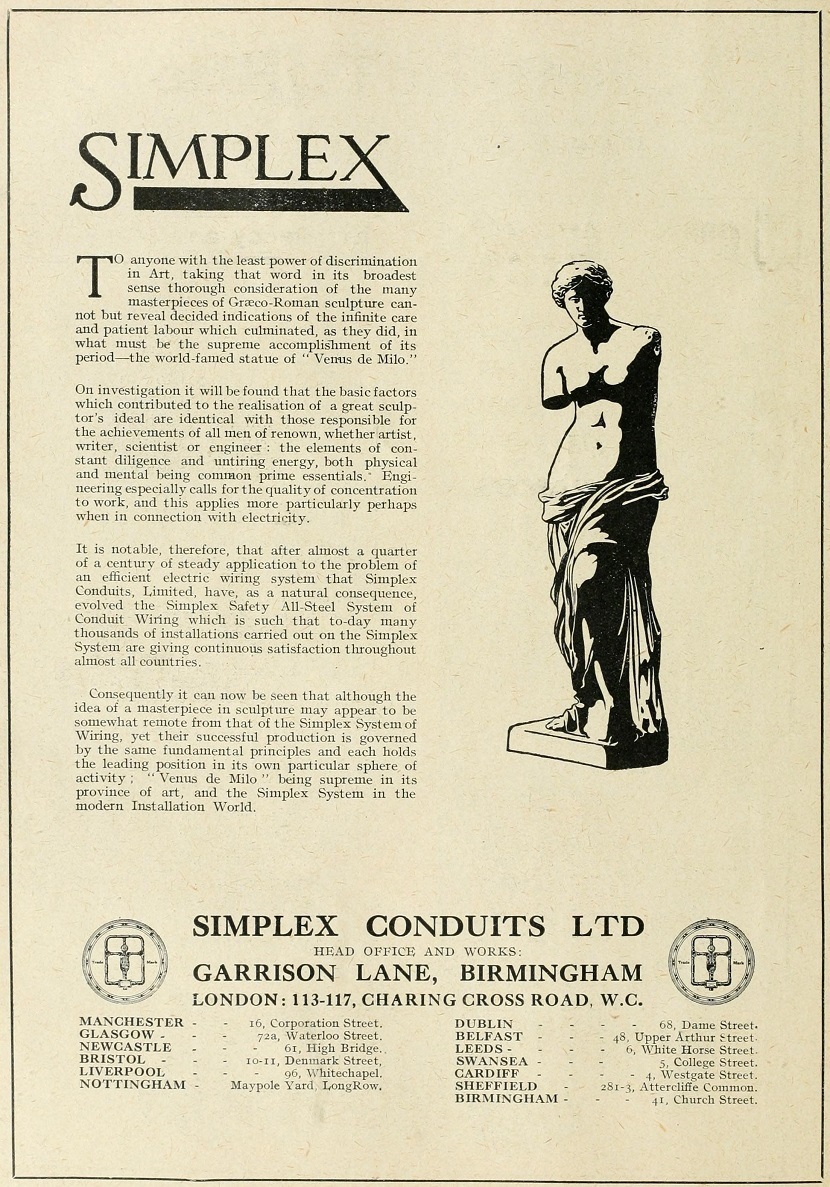 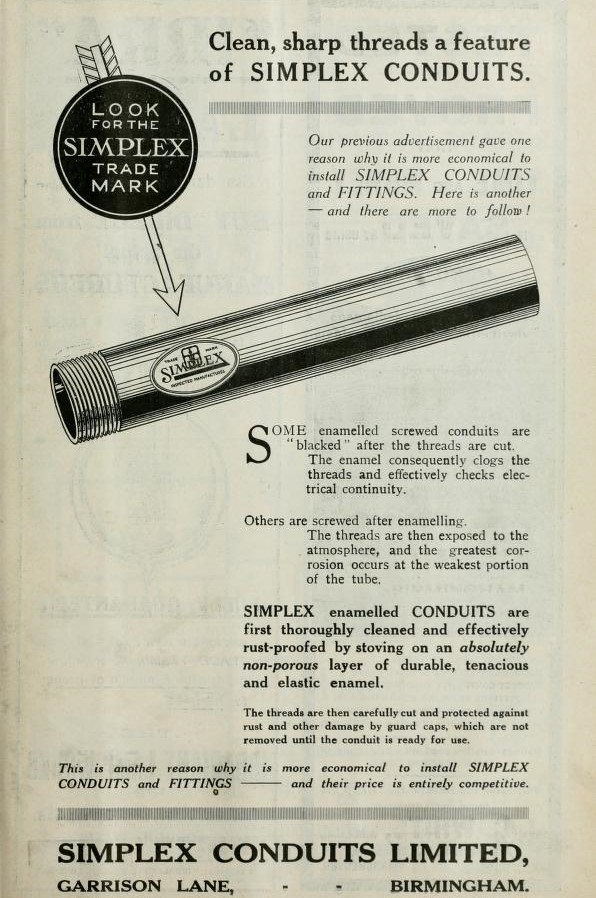 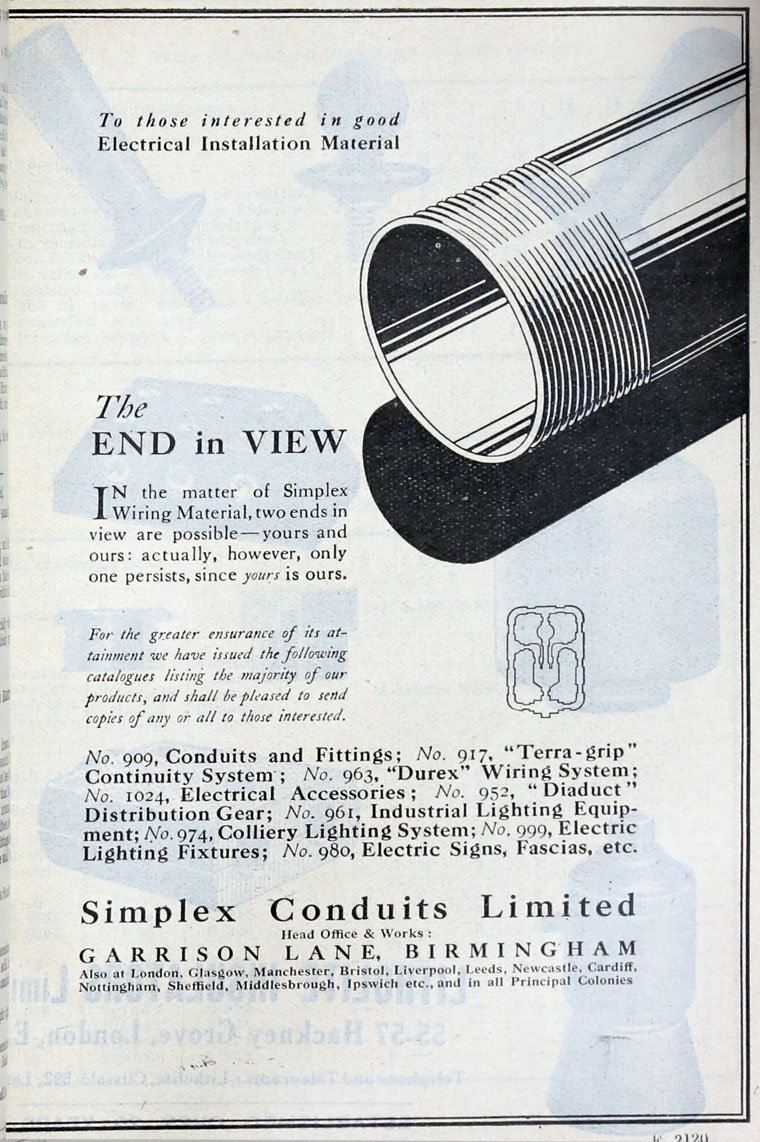 Possibly connected with the Simplex Electric Tramway Conduit Syndicate of 1896

1905 the company moved to larger premises in Garrison Lane, Birmingham, which became the Head Office for a rapidly expanding network of factories and offices in London, Manchester, Glasgow, Liverpool, Leeds, Newcastle, Swansea and Bristol[3].

1906 The company was registered on 4 April, to acquire the business of the Simplex Steel Conduit Co. [5]

1910 Demonstrated Prometheus kettle and Silundum heaters at the Royal Institution to illustrate a talk on electric heating[6].

1910 The 3rd edition of a book on Conduit Wiring was published by Simplex Conduits[7].

1914 Manufacturers of the Simplex conduit system for electrical installations, the Simplex heating and cooking apparatus, art fixtures and fittings and wholesale electrical suppliers. [9]

1932 Recognising the scope for improvement in the management of its electrical subsidiaries, Tube Investments formed a new organisation that would be responsible for the manufacture and sale of electrical products[14]. Simplex Conduits merged with Credenda Conduit Co to form Simplex Electric Co which began to manufacture Creda domestic cooking appliances in addition to lighting equipment and conduits[15].