1955 wind tunnel model of a section of deck for a proposed bridge. Tests showed that due to wind effects, such a bridge would be unsuitable so close to the railway bridge 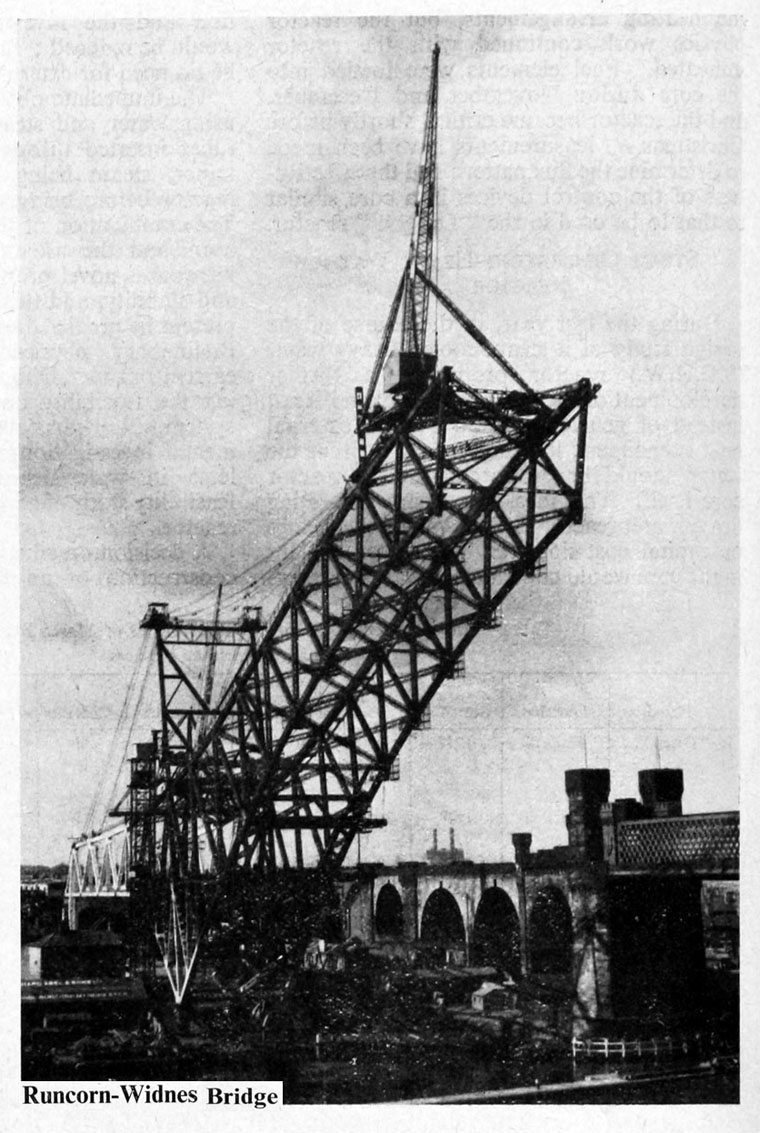 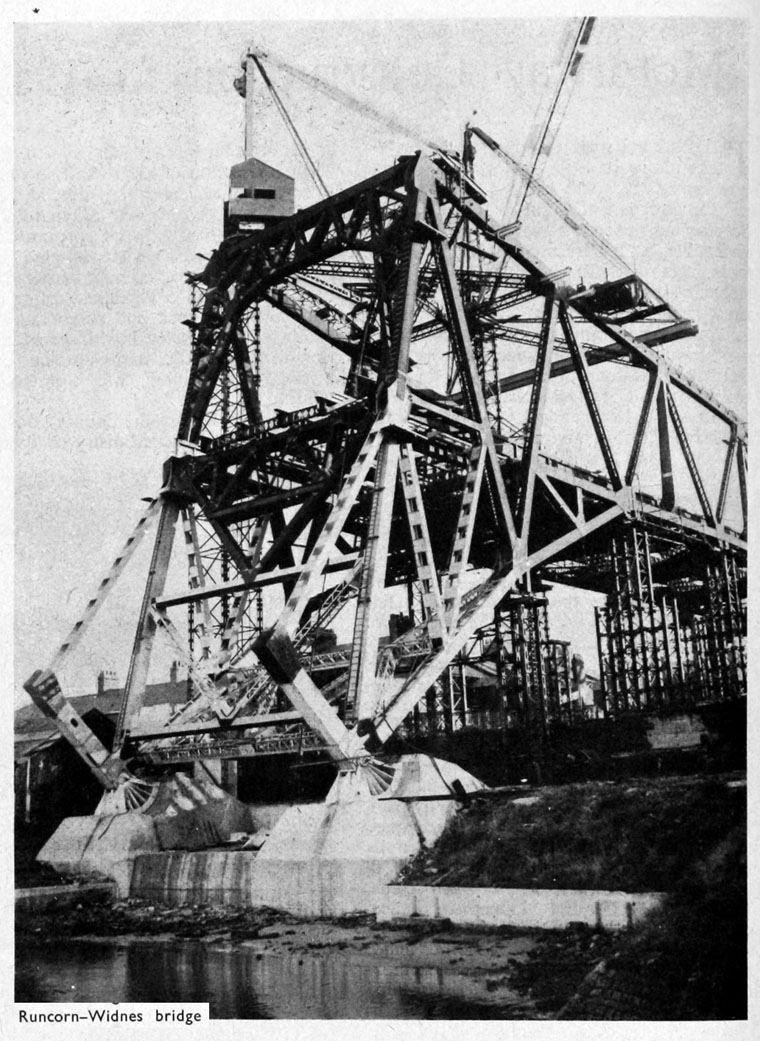 1956-61 Construction of this through-arch road bridge to carry the A533 over the River Mersey, connecting Runcorn and Widnes. It replaced the Widnes and Runcorn Transporter Bridge.

Opened in 1961. It was widened in 1975-7, and was then officially named the Silver Jubilee Bridge.

It will be closed for refurbishment on completion of the Mersey Gateway Bridge, and reopened in modified form as a toll bridge.