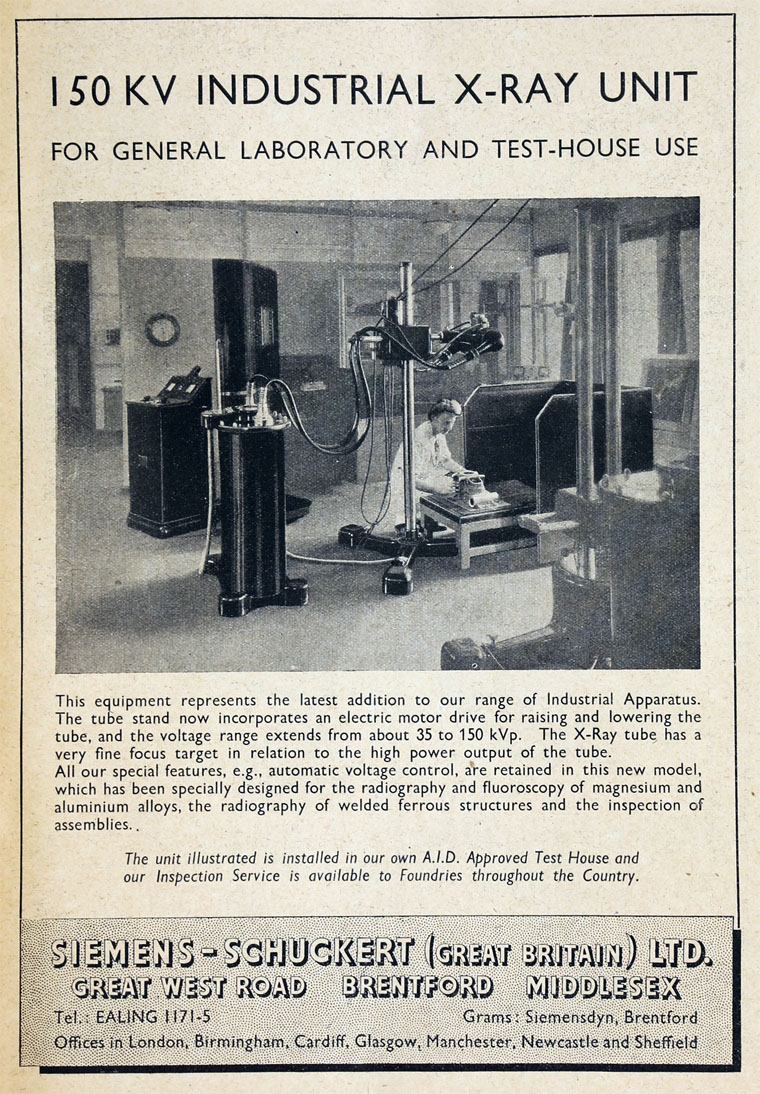 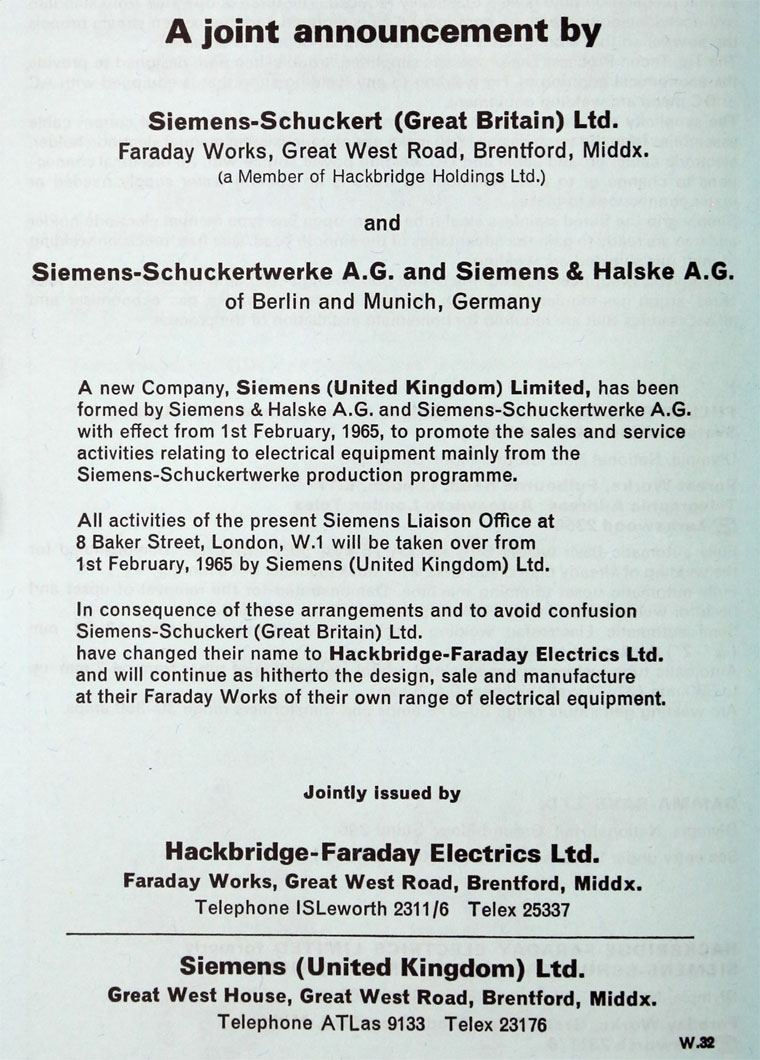 1903 Siemens and Halske AG merged the heavy current parts of its activities with Schuckert and Co. of Nuremberg to become Siemens-Schuckertwerke GmbH.[1]

1937 Manufacturers and suppliers of aeromotors, aircraft instruments and accessories. [2]

1965 As a result of the formation of Siemens (United Kingdom), Siemens-Schuckert Co (Great Britain) changed its name to Hackbridge-Faraday Electrics Ltd (see advert)