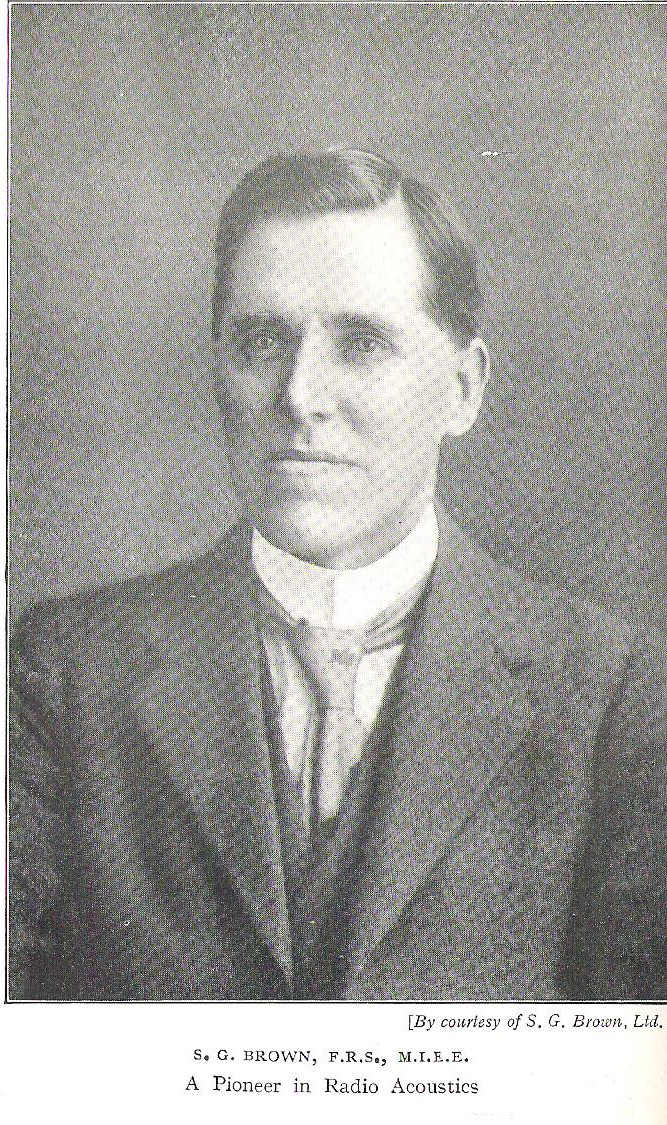 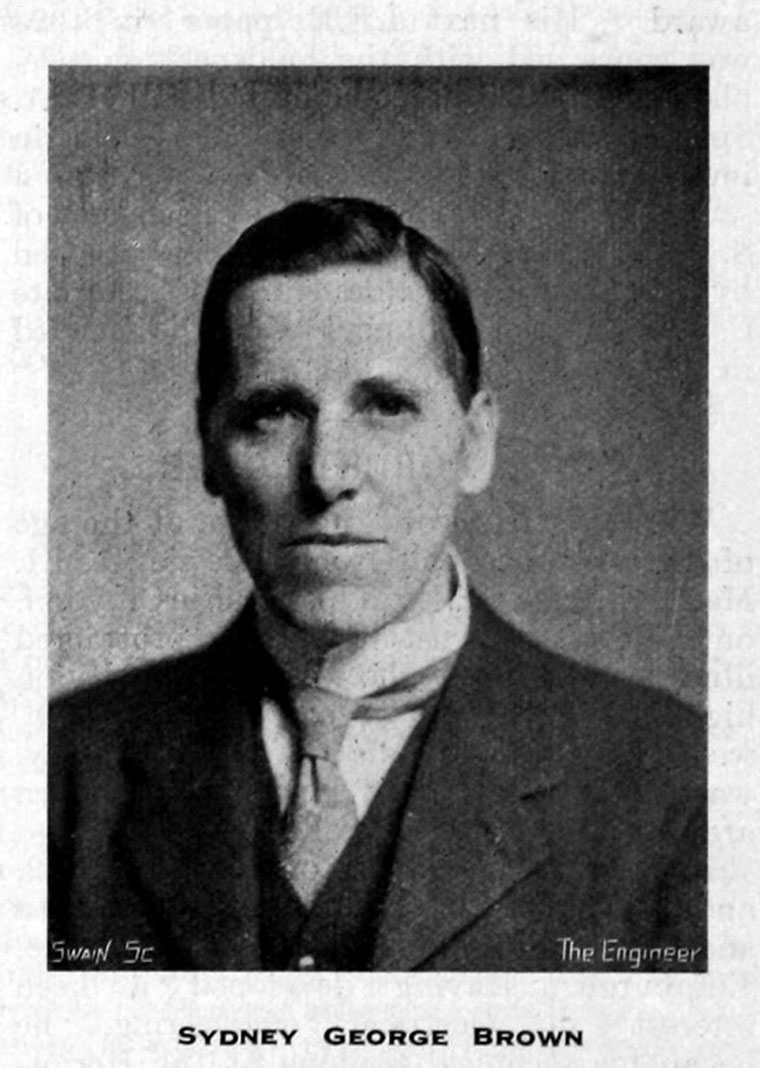 1879 The family returned to England and Brown was privately educated at a school in Parkstone, near Bournemouth, and subsequently educated at Harrogate College, Yorkshire, followed by University College, London.

1892-1897 He was a paying pupil at Crompton's electrical engineering works in Chelmsford. After completion, he was employed for a further six months by Cromptons. His father became ill so he had to return to the family business in Bournemouth.

1899 He continued to work at his electrical interests and patented the first of many inventions for improving telegraph cables.

At about the same time he assisted Sir Henry Hozier, secretary of Lloyds, to develop a radio telegraph system. They claimed to have discovered the first practical methods of directing Hertz waves.

1906 He formed the Telegraph Condenser Co to manufacture and market his inventions.

1908 Brown married and his wife, Alice Mary Herbert Russell, took a keen interest in his work. In later years she was largely responsible for the administration and financial control of his companies.

He invented the single-joint iridium microphonic relay for magnifying inaudible telephone currents, the granular carbon microphone relay for telephone lines, and also simplex switching to use a telephone relay in the middle of a long telephone line speaking both ways. He also developed an improved telephone receiver for use in wireless telegraphy and an electrical stethoscope enabling the heart beats to be heard at a distance over a telephone line. He also invented methods by which for the first time airships and aeroplanes could receive wireless messages.

1910/11 He formed a new company, S. G. Brown Ltd, to manufacture telephone equipment. With his wife's assistance, he designed a telephone relay, an improved receiver, and an effective loudspeaker (the Browns being first to use this name for the device). He had a small workshop in Houndsditch for the manufacture of the type 'A' reed headphone which became famous throughout the world.

Discovered the stimulation of oxidation and other chemical actions by the catalytic action of alternating currents of high frequency.

1914 His businesses had expanded to employ over a thousand people. At the outbreak of war, there was no British manufacturer of gyro compasses, which had been imported from Germany. Brown set out to remedy the deficiency. During this work also devised a new method of damping the oscillation set up in a compass by a change in course called "liquid ballistic control".

1933 The Telegraph Condenser Co expanded; the business was turned into a public company; Alice Brown made sure that she and her husband retained full financial and managerial control.

1943 Brown retired and sold his interest in the Telegraph Condenser Co to a syndicate, and S. G. Brown Ltd to the Admiralty. In retirement, he devoted time mainly to cultivating orchids.

1948 He died at his home, Brownlands, Salcombe Regis, Sidmouth, Devon, on 7 August, survived by his wife.

SIDNEY GEORGE BROWN, F.R.S., who died at Sidmouth on the 7th August, 1948, was born at Chicago on the 6th July, 1873. He was educated at Harrogate College and at University College, London, and served his apprenticeship with Crompton and Co. at Chelmsford. For many years he directed the affairs of S. G. Brown, Ltd., and of the Telegraph Condenser Co., combining with technical knowledge and engineering experience remarkable ability as a designer.

In 1899 he patented the drum-cable relay, and in 1910, the reed-type telephone receiver, which, in the days of crystal detectors, enabled signals to be read that were otherwise inaudible. He next worked on various designs of relays for the magnification of feeble signals in radio and line telephony, notably the microphone relay. With the introduction of broadcasting, his organization was one of the first to undertake the mass production of headphones, and, although he produced many types of horn loudspeakers, he had foreseen the development of the enlarged-cone type as early as 1910, when he referred to it in drawing up his patent specifications for reed receivers. The greatest of all his inventions was his gyro compass.

"ANOTHER link with the early days of communication by telegraphy and radio was broken on Saturday, August 7th, when Mr. Sydney George Brown, F .R .S., M.I.E .E:, died, at the age of seventy-five, at his home, " Brownlands," Sidmouth , after a long illness. An electrical engineer by profession, he was, perhaps, best known as an inventor and as the founder and one-time chairman of the Telegraph Condenser Company, Ltd., and of S. G. Brown, Ltd., Acton. By his originality, his flair for translating ideas into practice and his prolific output, he was substantially responsible for many of the advances of his day in communication by cable, line and radio.

Sydney George Brown, the eldest son of Sydney Brown, of Bournemouth, was born at Chicago on July 6, 1873. He was educated in England, first at Harrogate College and then at University College, London. At the outset of his career he was attracted to the problem of increasing the speed of signalling along submarine cables for economic working. He quickly achieved the first step towards a solution by developing a practical form of cable relay, and in 1899 he patented his drum cable relay. '"The effectiveness of this device was enhanced by a complementary development, the magnetic shunt, which helped to clarify the attenuated signals at the end of a long cable. Improved forms of relays were devised, the effect of stray earth currents on the terminal instruments was minimised and Brown's system for relaying signals over long submarine cable proved itself to be a practical proposition in the intensely competitive field of long-distance communication...[more]"