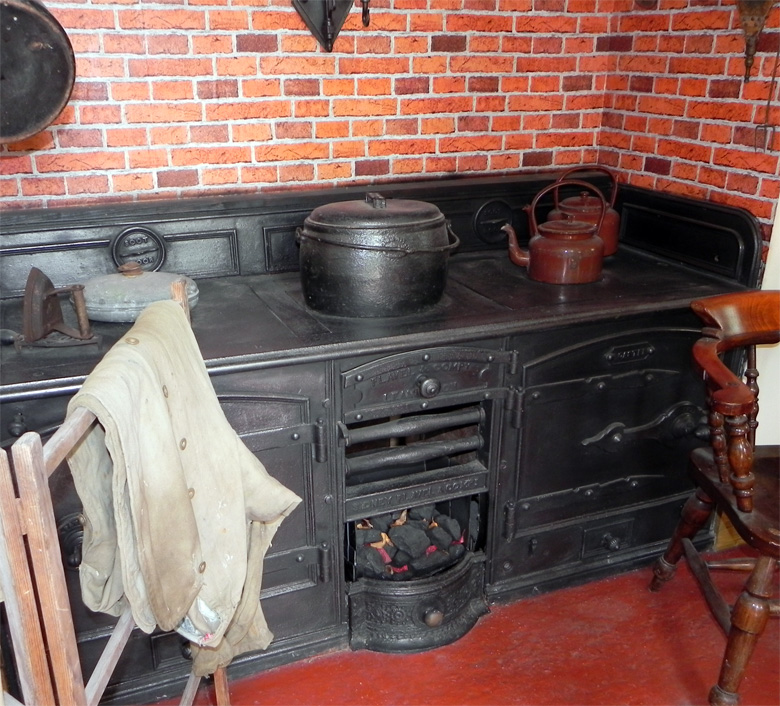 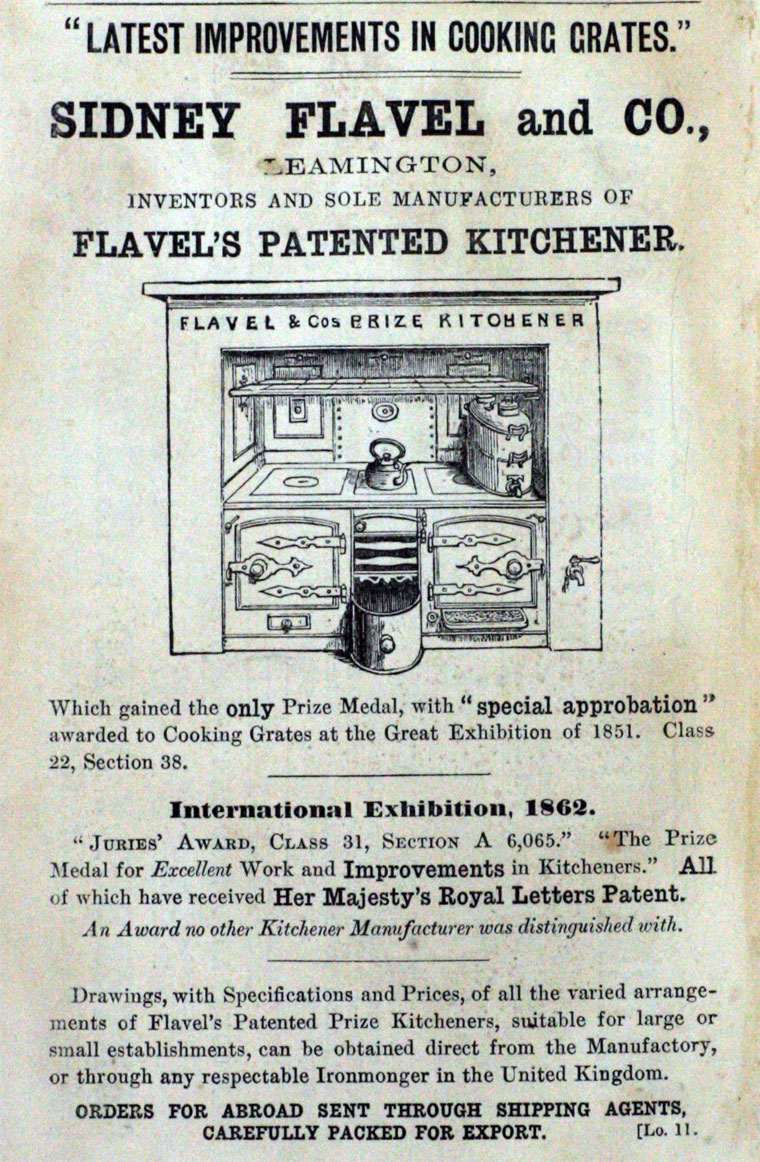 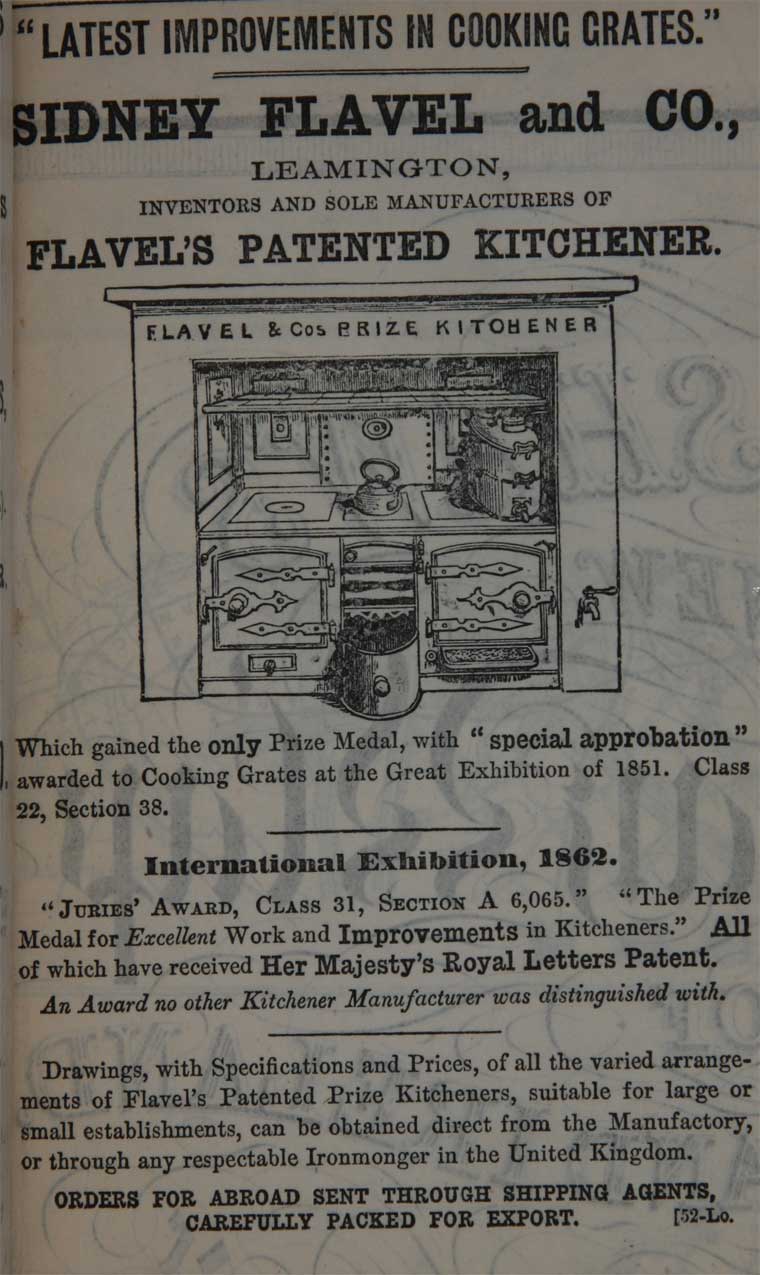 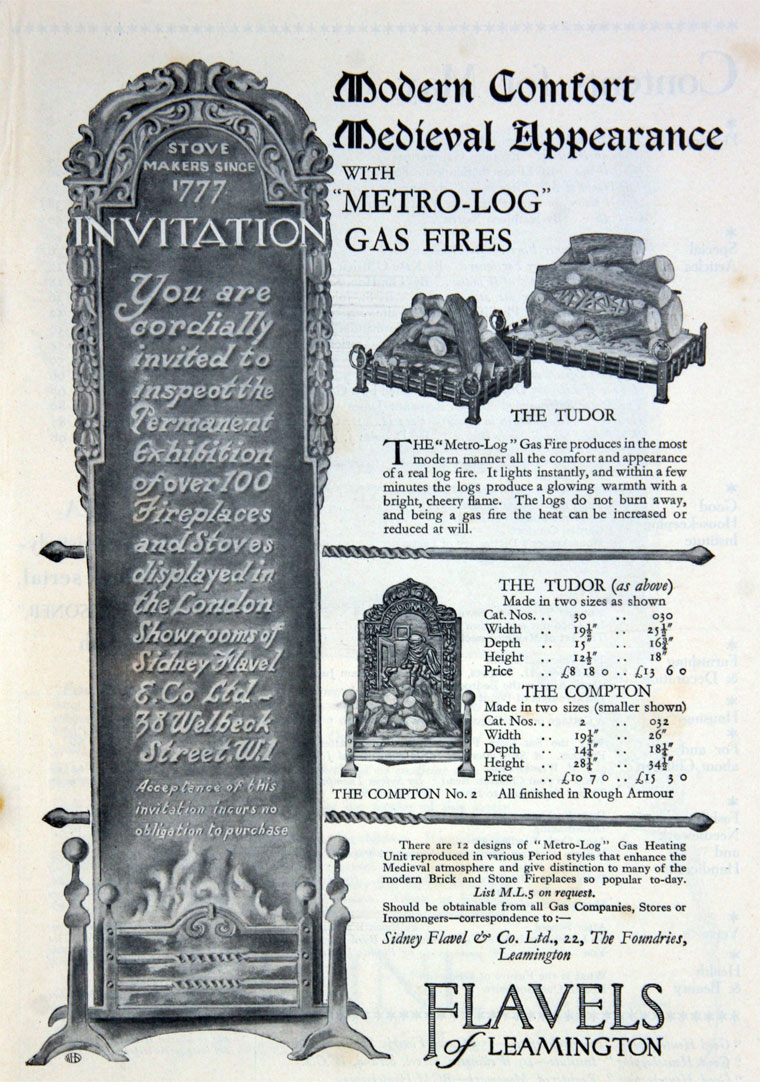 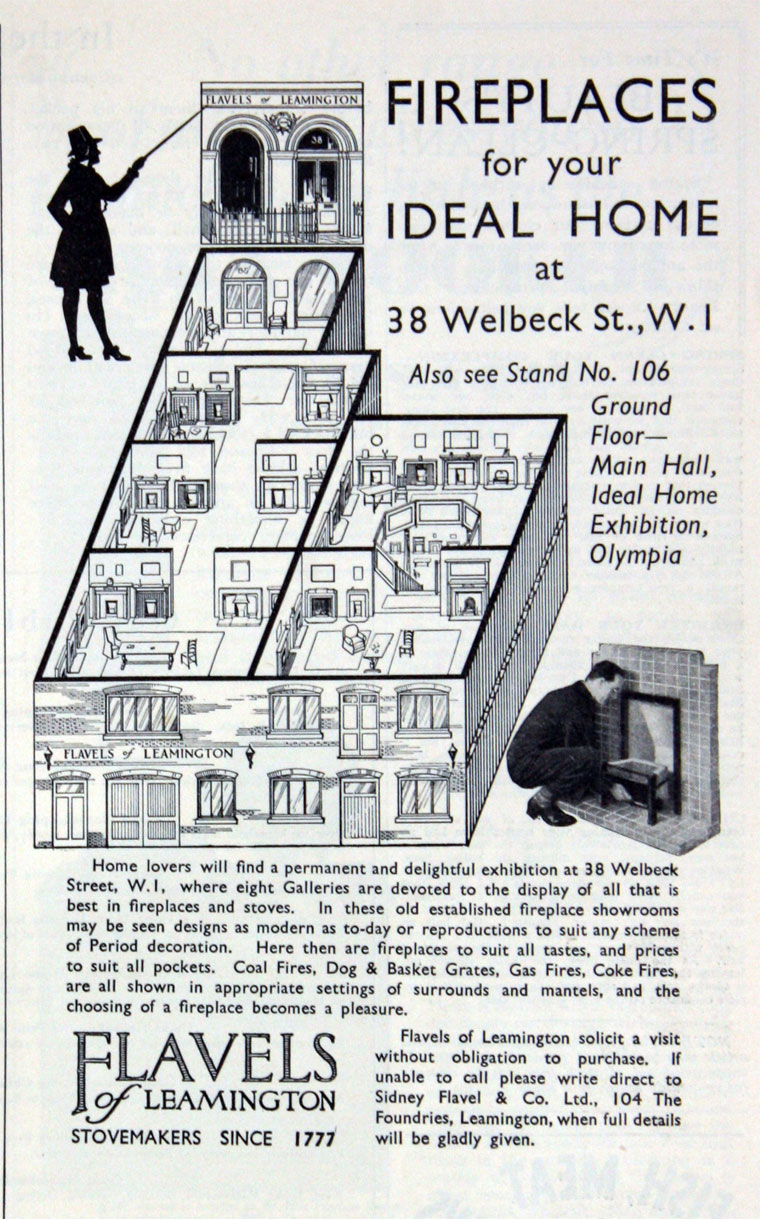 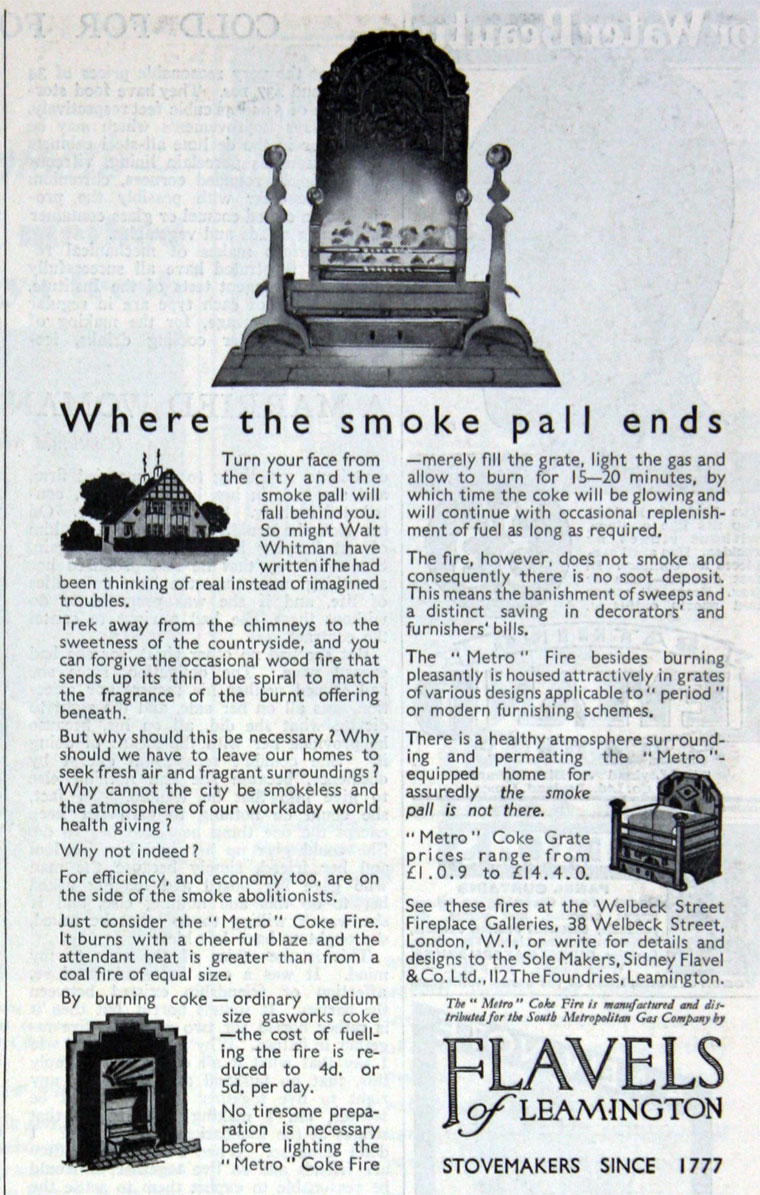 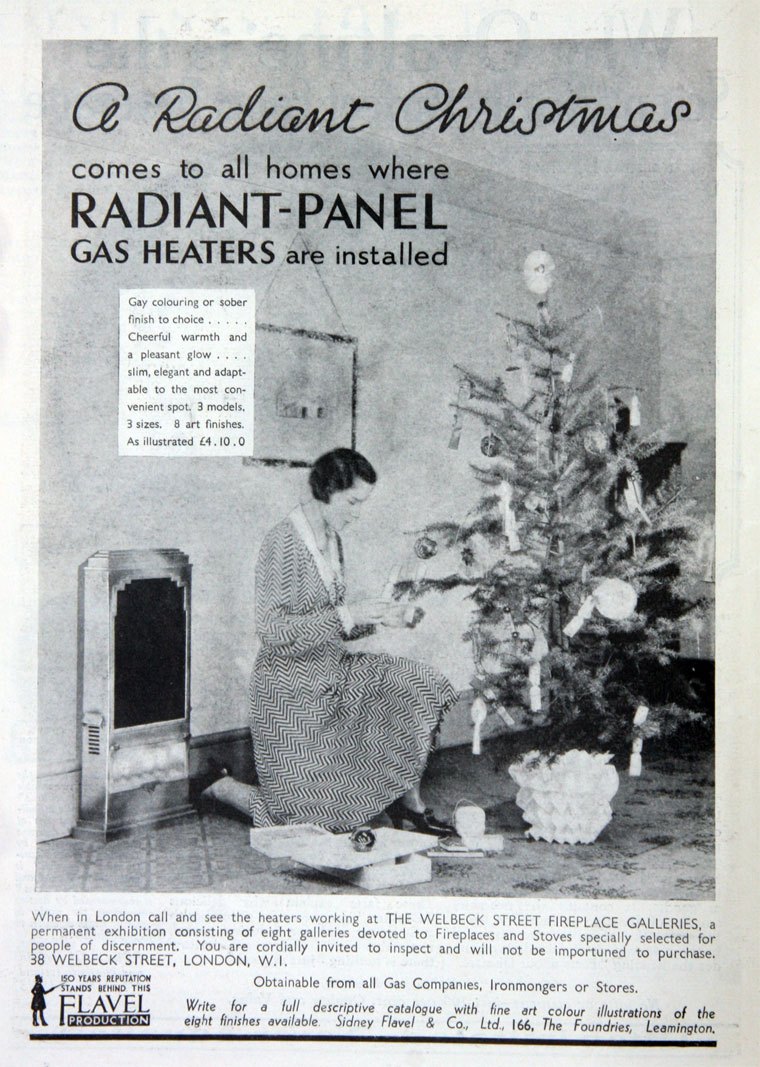 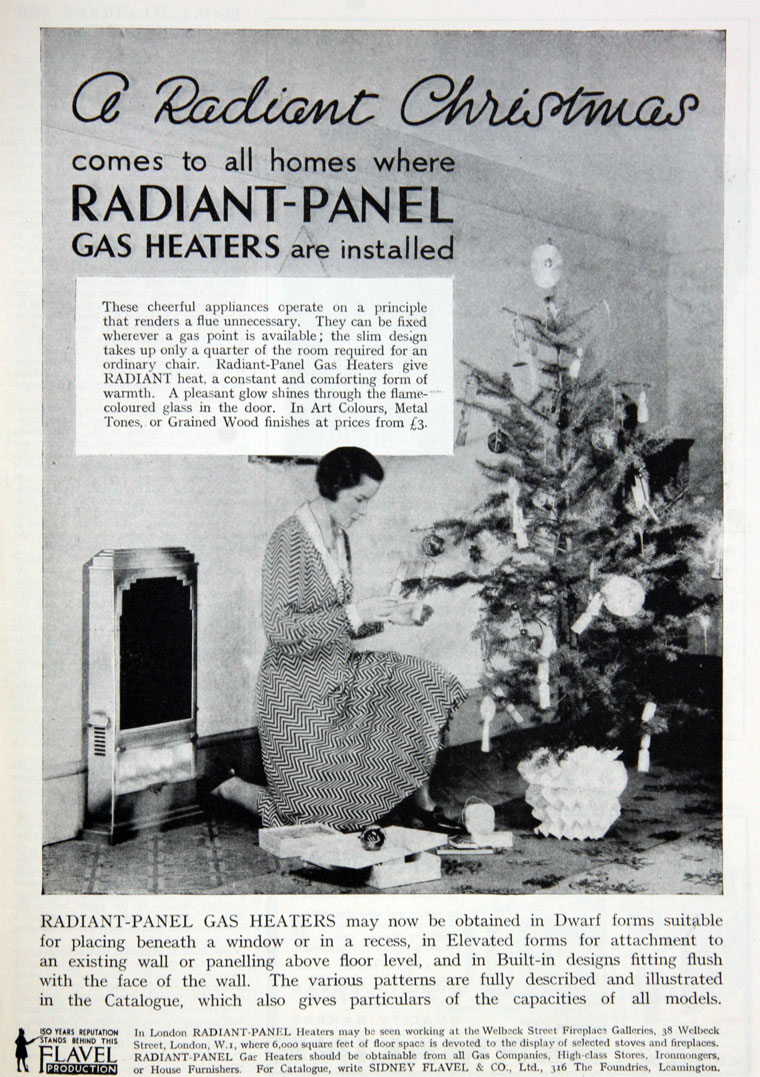 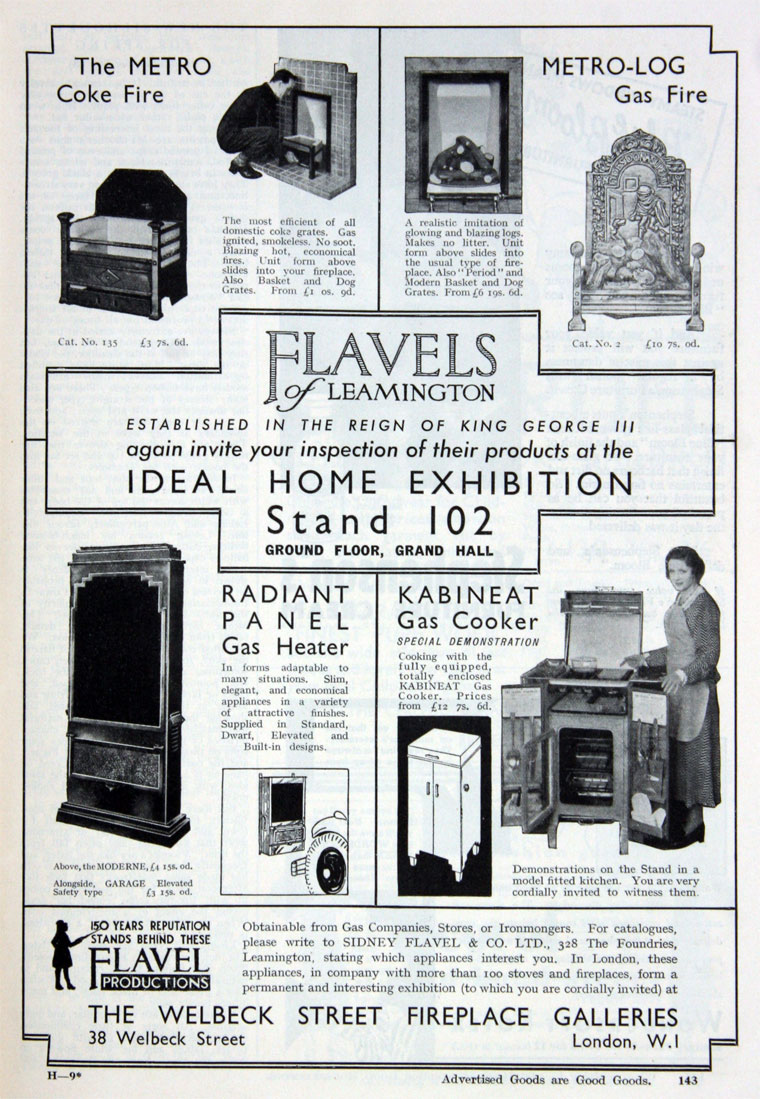 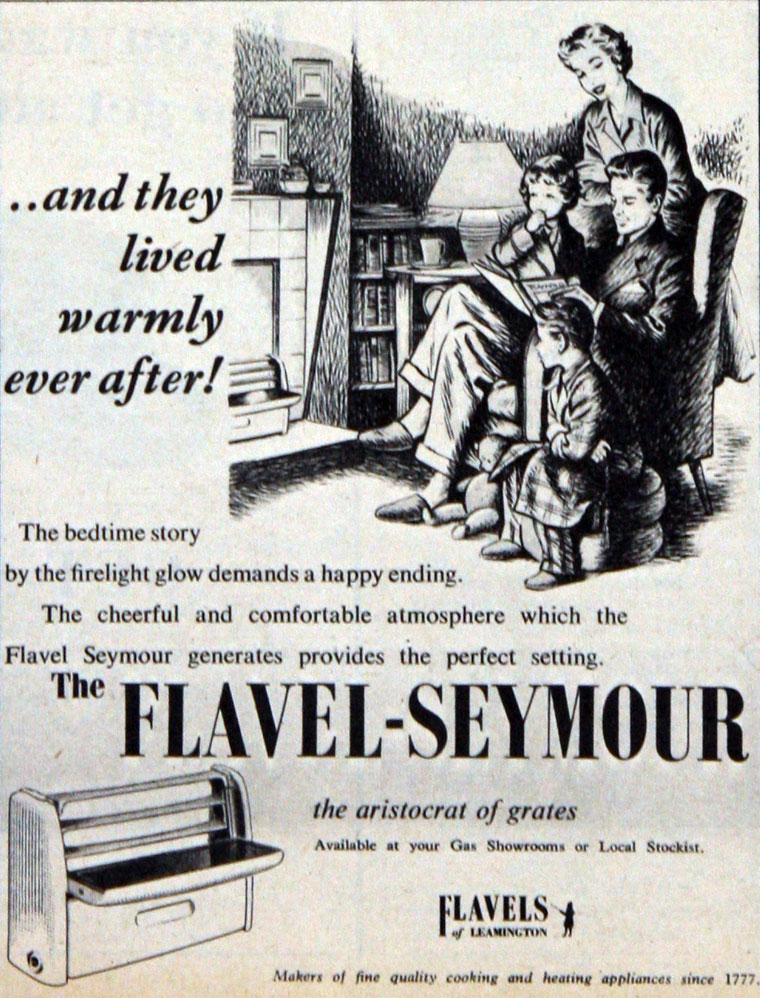 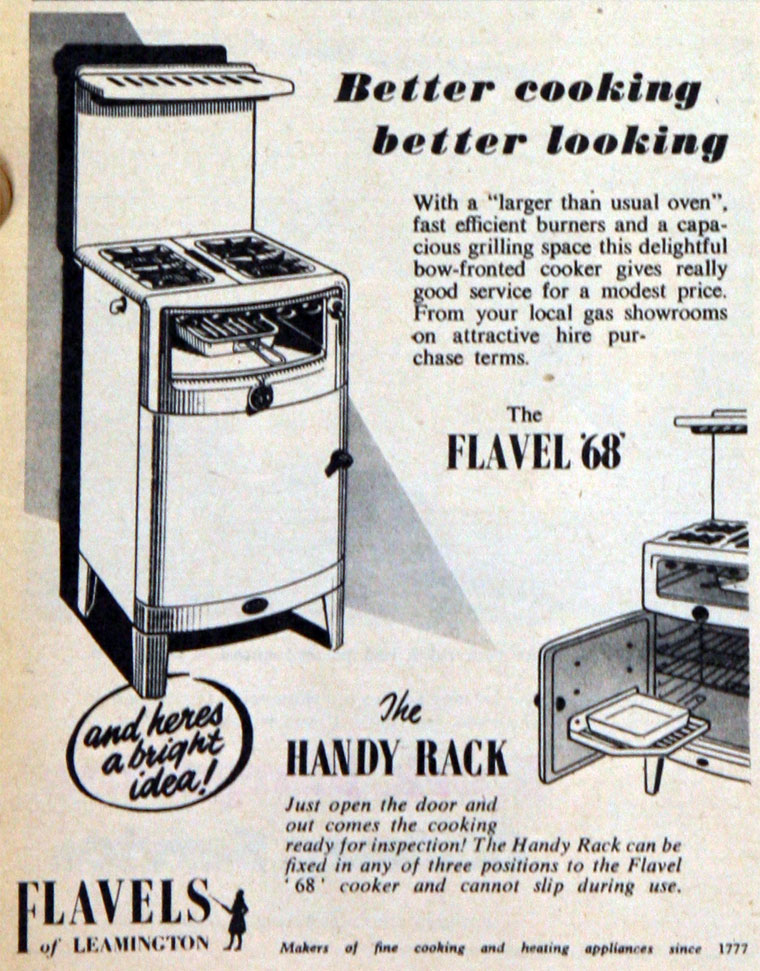 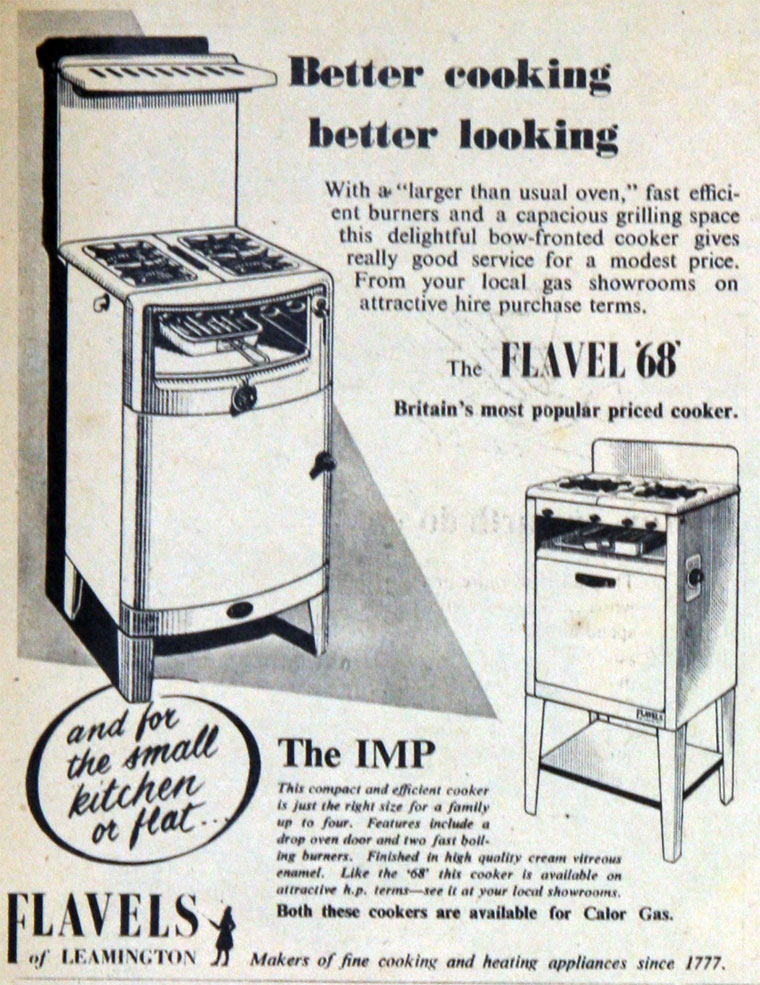 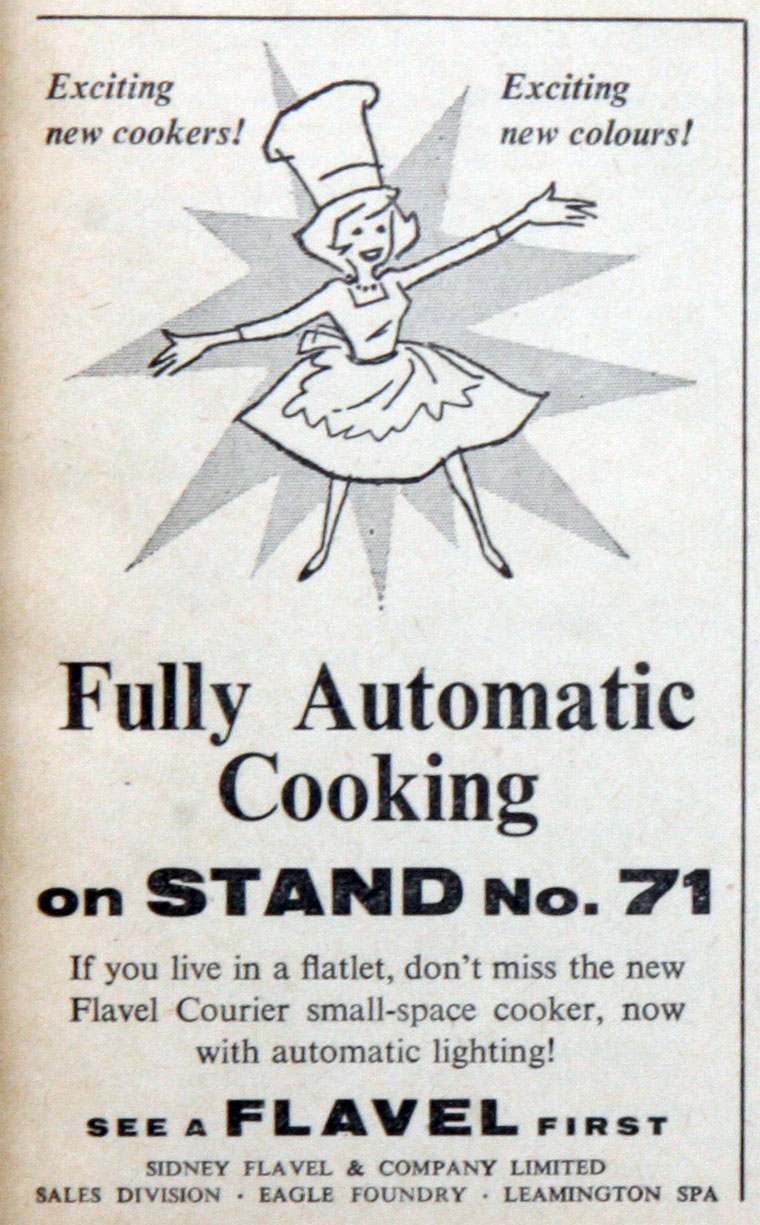 William Flavel, John's son, invented the Kitchener range cooker, which was made in cast iron and could be used for boiling, roasting, baking and warming.

1855 Dissolution of the Partnership between Sidney Flavel and William Henry Betts, Ironfounders and Kitchen Range Manufacturers, at Leamington-Priors, and at Emscote, in the borough of Warwick[2]

1869 Advert for their patented Kitchener (oven).

1947 Acquired W. Whitehouse and Sons (Halesowen) Ltd as the start of a process of bringing material supplies more under the company's control.

1952 Welbeck Street Fireplace Galleries Ltd sold some of the company's products; another subsidiary G. Matthews had not traded for some years past[6]

1956 Patent - Improvements in or relating to boilers.

At some point Flavel was sold to Beko; Rangemaster cookers continued to be made at Leamington Spa.