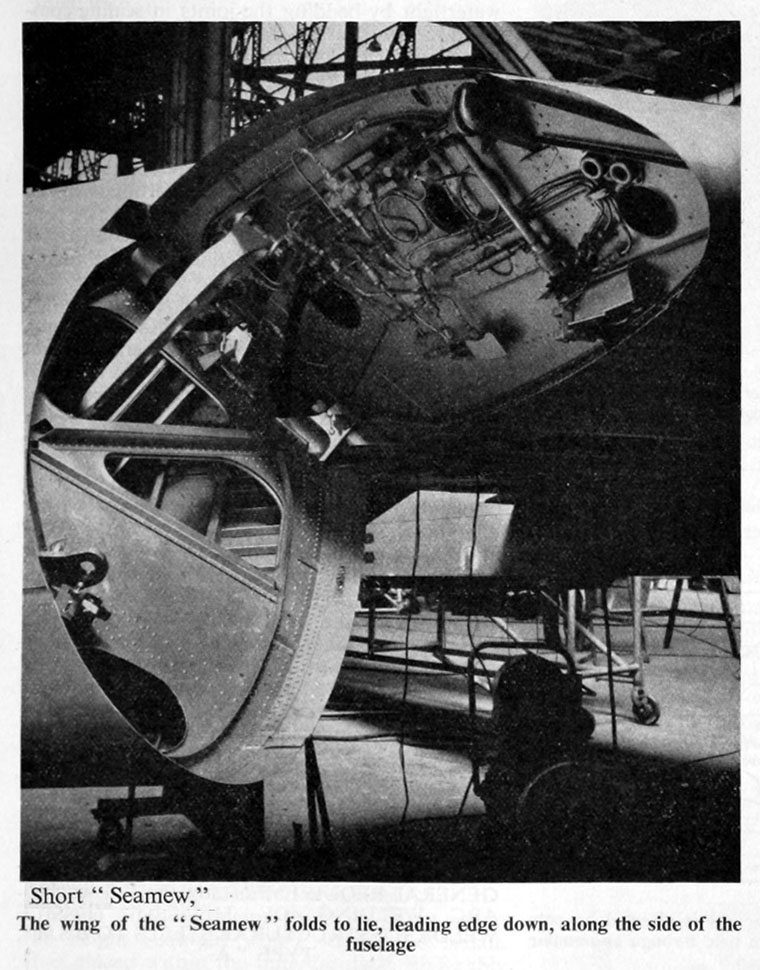 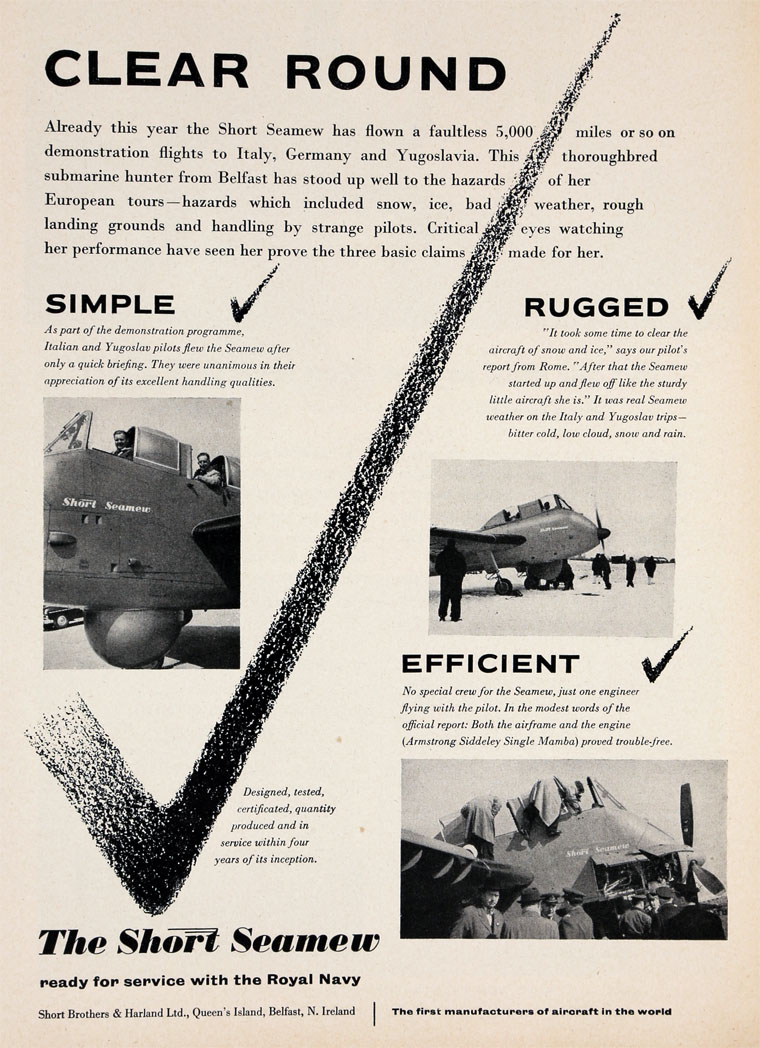 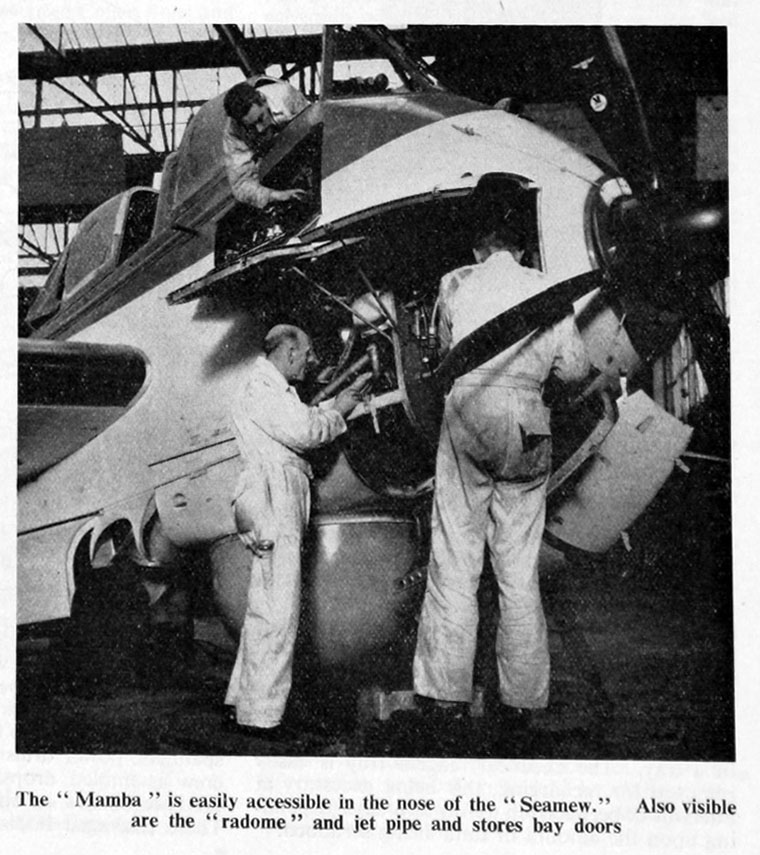 Please note: This is a sub-section of Short Brothers Aircraft.

An anti-submarine reconnaissance and attack aircraft.

The Short SB.6 Seamew was a British aircraft designed in 1951 by David Keith-Lucas of Shorts as a lightweight anti-submarine platform to replace the Royal Navy Fleet Air Arm (FAA)'s Grumman Avenger AS 4 with the Reserve branch of the service. It first flew on 23 August 1953, but, due to poor performance coupled with shifting defence doctrine, it never reached service and only 24 production aircraft had flown before the project was cancelled.