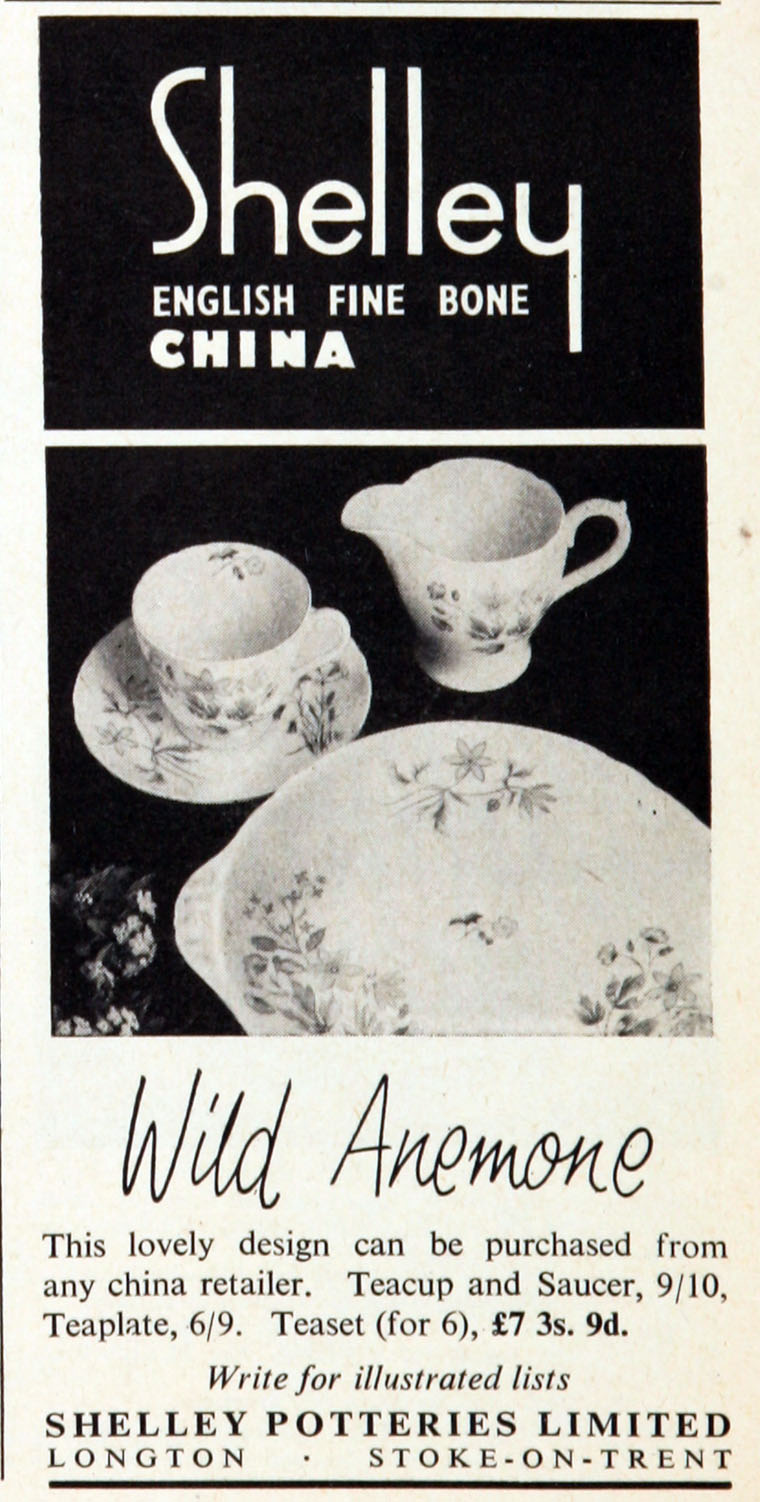 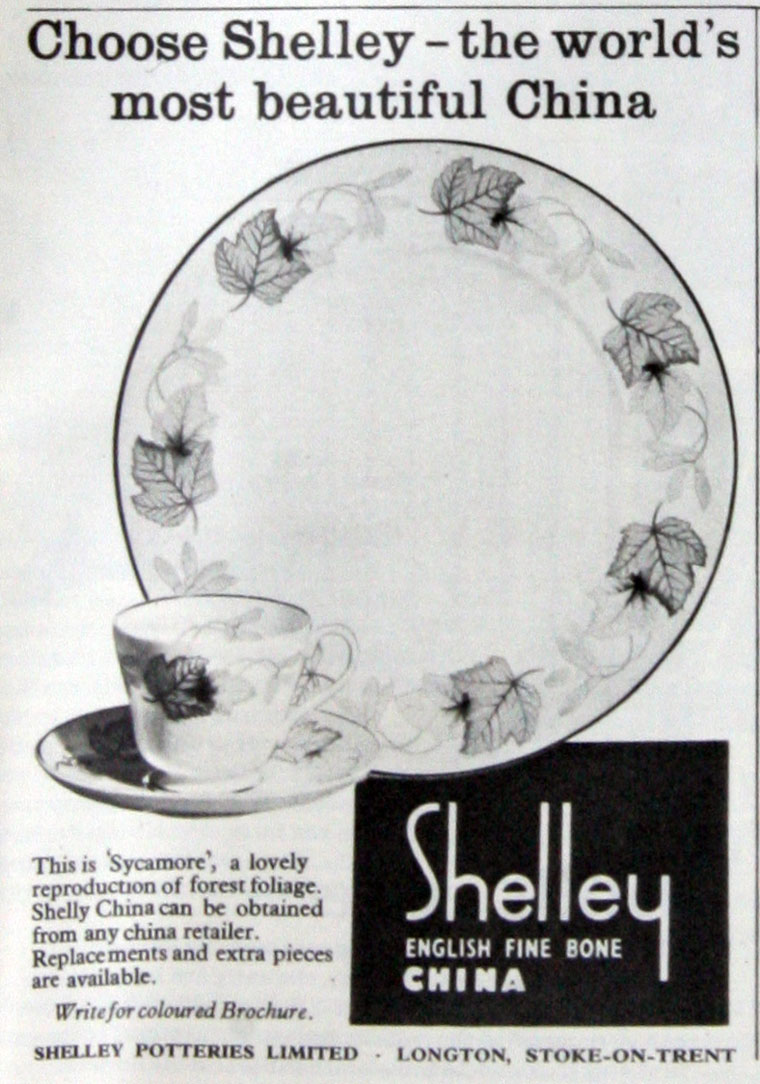 First established in the middle of the nineteenth century the factory was known as Shelley Potteries from 1929, and was named the Foley Works. Its proprietor was Henry Wileman.

1867 The name Shelley appeared when J. B. Shelley became a partner.

1870 Wileman retired and Shelley became the sole proprietor. The earthenware factory next door (which was part of the concern) was closed and only the china works continued.

1881 Percy Shelley joined his father and introduced more elaborately decorated wares. He had an Arts Degree and aimed to make improvements.

1893 He visited the Chicago Exhibition and saw the opportunity to cultivate the American market. This resulted in the production of china dinner ware. Artists were engaged to paint on plates for American use.

1896 Percy Shelley succeeded his father as proprietor. He inherited an entirely new factory which had been built on an adjoining site two years earlier, to make ornamental earthenware and a range of under glaze hand-painted wares known as Intarsio**.

1913 Two of Shelley's sons joined the firm, and later a third became its accountant. It was about this time that the name Foley China was changed to Shelley China, as the former could not be registered as a trade name.

1929 As a private limited company the firm adopted the title of Shelley Potteries,

1937 The father died and two surviving sons carried on the business.

WWII. War brought the inevitable restrictions in the home market, so the few remaining decorators had the task of supplying the quota allowed for the purpose of earning dollars.

Post-WWII. New designs were prepared and decorators were trained in anticipation of restrictions being lifted.

Under two of the fourth generation, Alan and Donald Shelley, the output of decorated china increased year by year, mostly for export. The making of china dinner ware for the dollar countries was given first priority and these wares became the firm's most important asset.

1966 Shelley was bought out by Allied British Potteries.