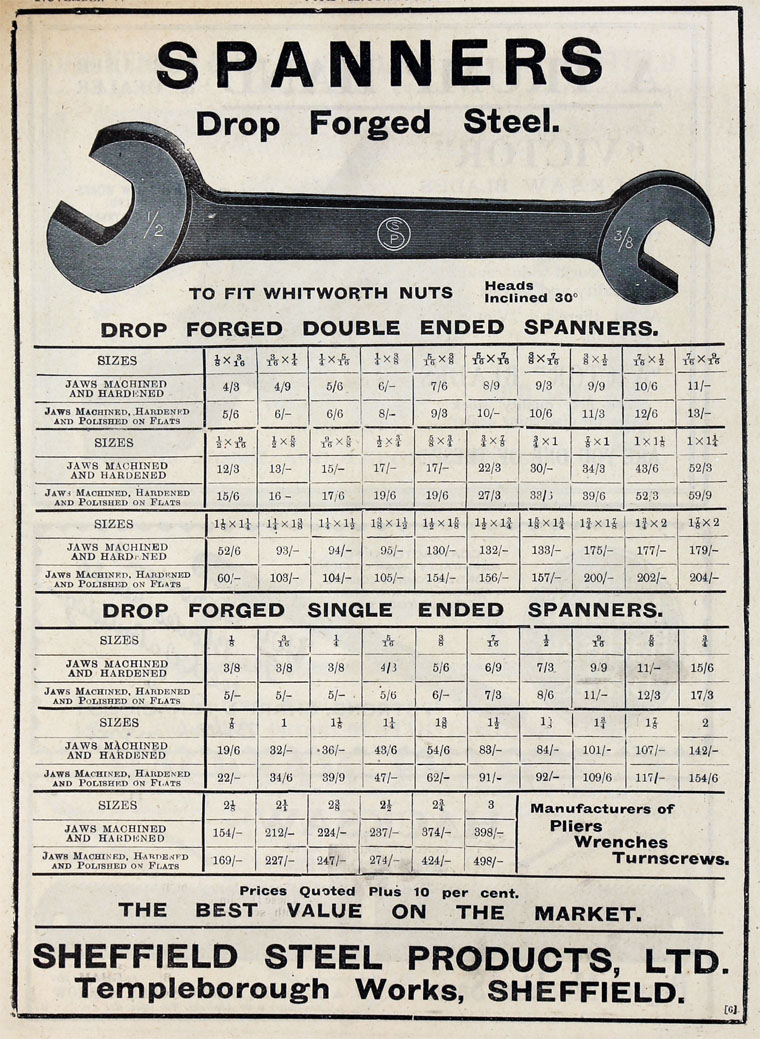 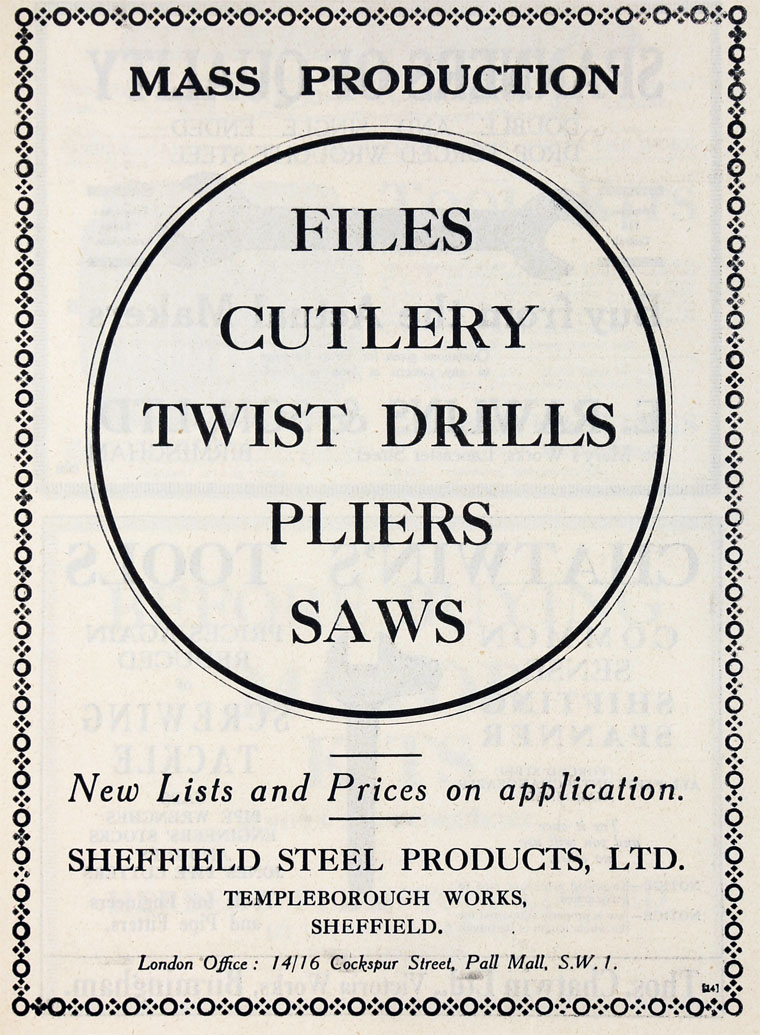 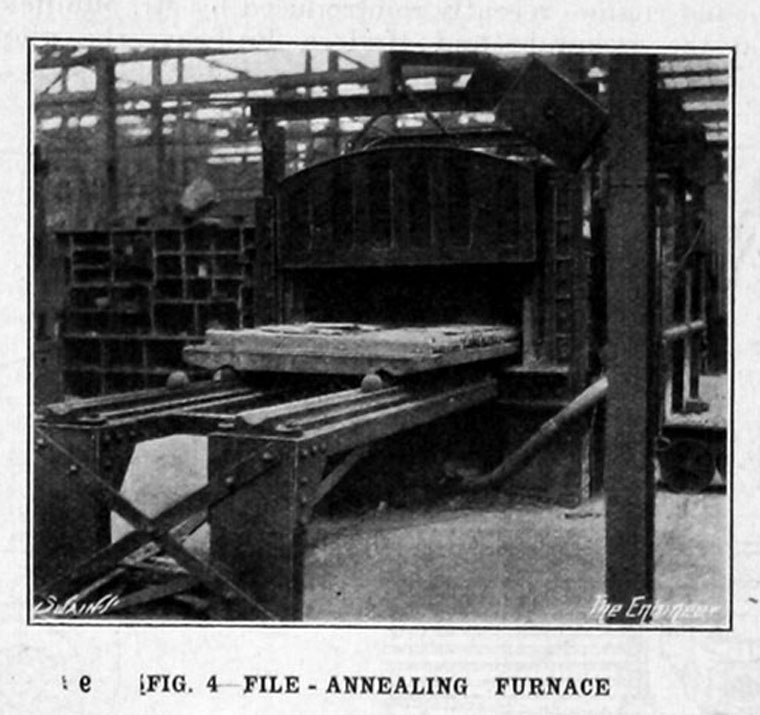 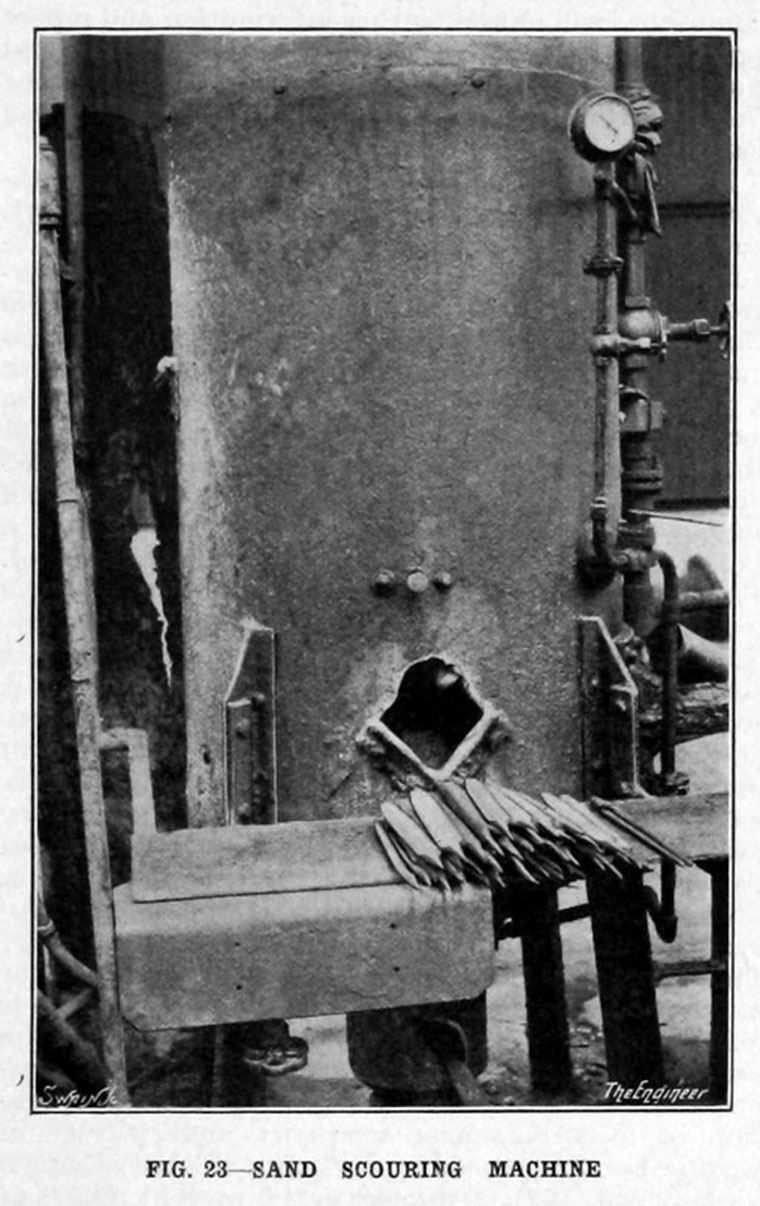 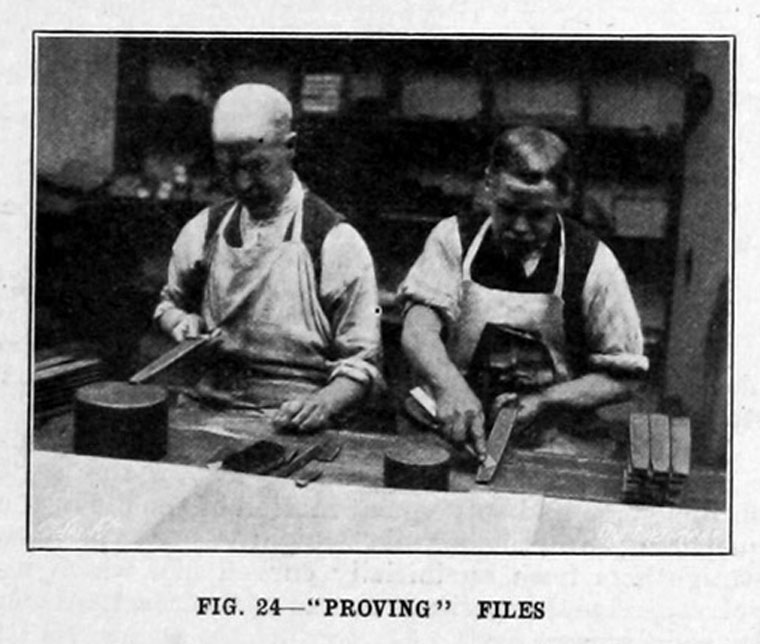 1926. Soldering the Inner Cases for Shipment. 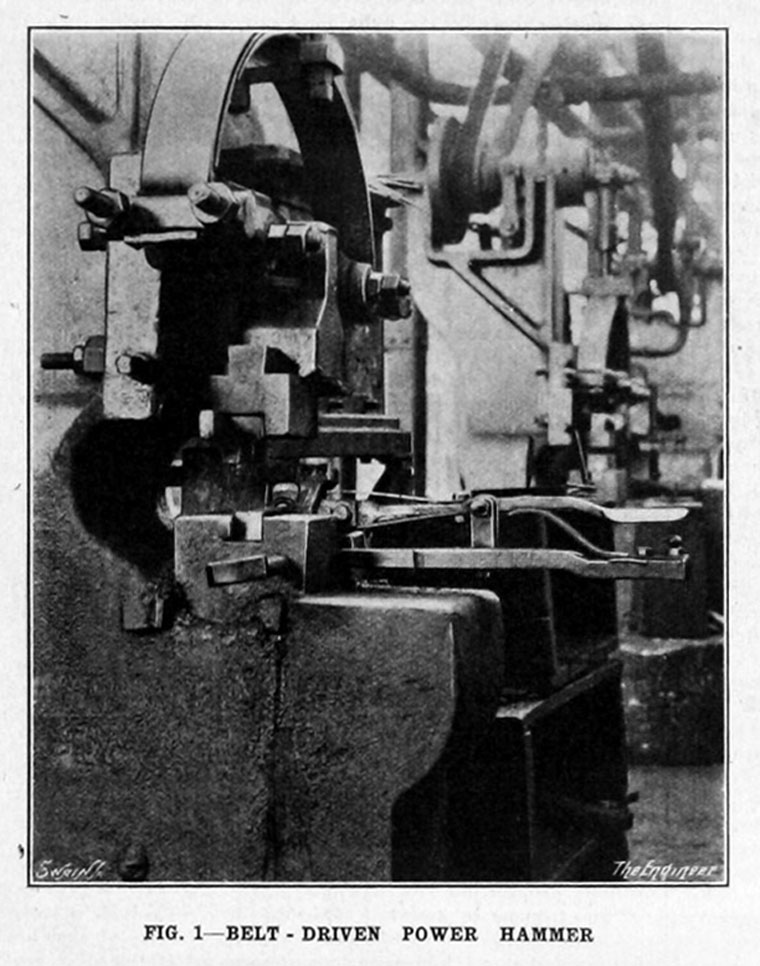 1920 At time of public sale of shares, claimed to be "largest manufacturer of table cutlery in the world"; consisted of a number of companies which had been amalgamated into this company[2]:

to which would be added:

By linking these businesses, the company hoped to achieve economies of manufacture from vertical integration and investment in new machines., including steel plant and rolling mills.

1922 Recognising that retailers were making a substantial margin on the company's products, another company was established, Sheffield Steel Products (Stores) Ltd, to establish and operate retail establishments in various parts of the country[5]

1925 Major reorganisation had been implemented; clear break established with the Stores business; the company would concentrate on the wholesale trade[7]

1926 Produced a new type of refuse-collecting tipping trailer and the Sheffield Corporation trialled it. It was a modification of the H.B. trailer, and was designed with the object of rapidly collecting and discharging refuse.[8]

1927 The Stores business was put into voluntary liquidation[9]

1936 Created new public company Armstrong, Stevens and Son Ltd which it sold to Messrs Victor Riley and John Harper Bean (for further on him see A. Harper, Sons and Bean) who then sold shares to the public[13].