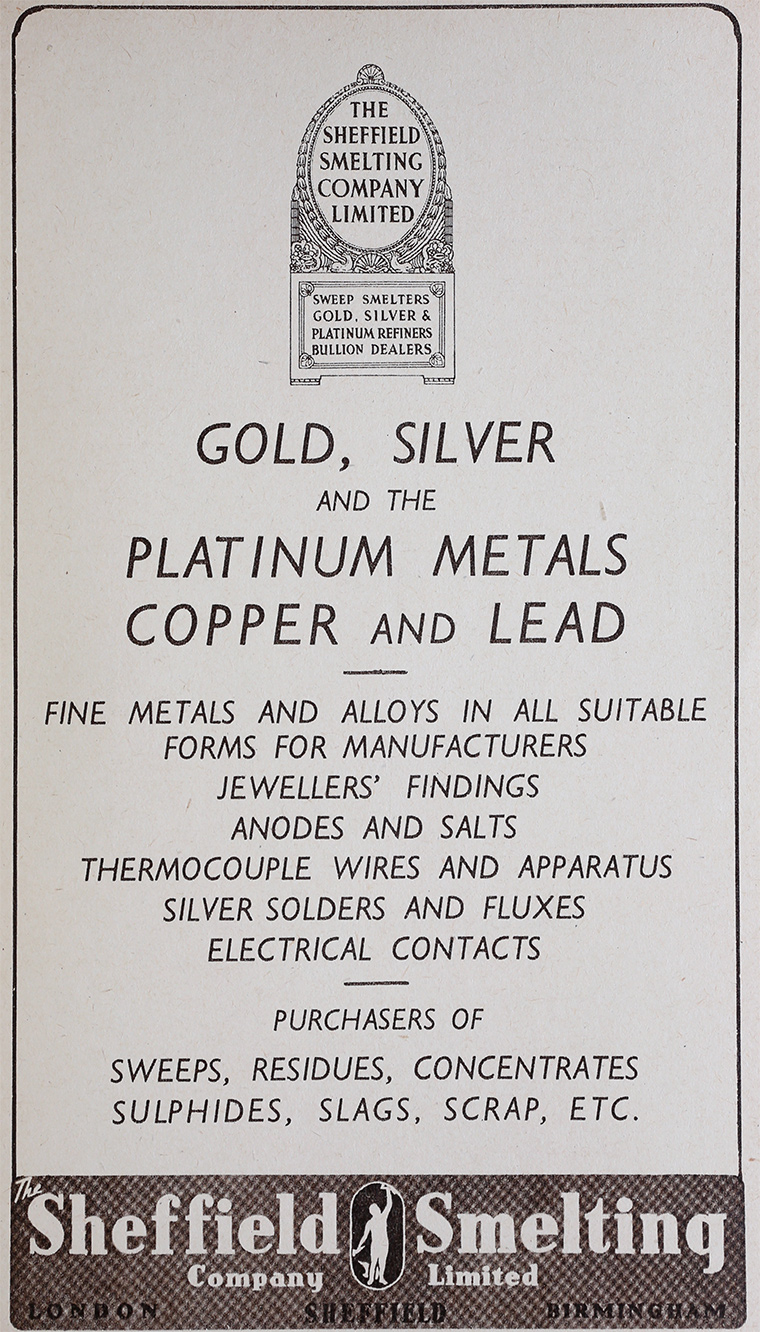 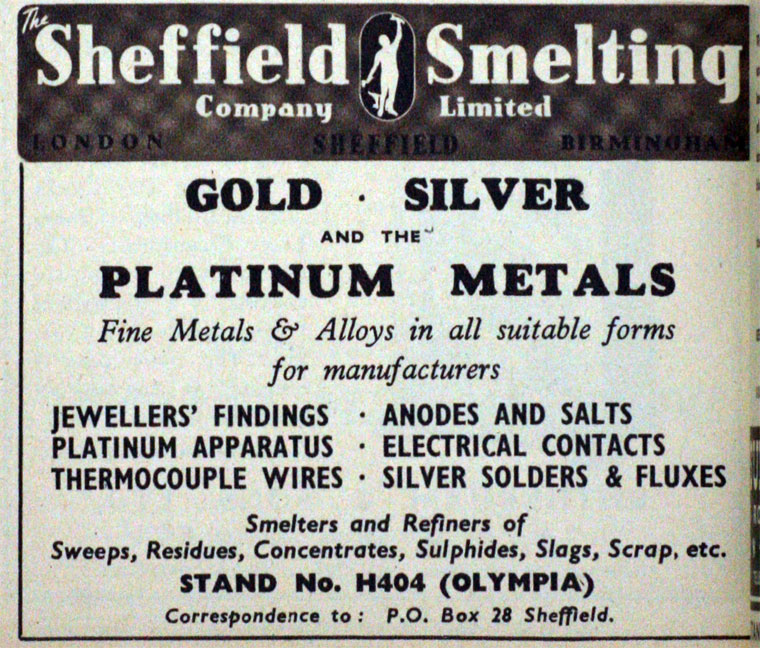 of Royds Mill Street, Sheffield. Also at London and Birmingham. (1922)

1760 The Sheffield Smelting Company Limited can trace its origin back to 1760, with the foundation of the Read and Lucas partnership. John Read (1744-1803) and his uncle, Samuel Lucas (d1772), rented premises at Green Lane, Sheffield, to recover precious metals from the wastes of goldsmiths and silversmiths by refining and smelting.

1788 The company moved, in 1788, to new premises at Royds Mills, Brightside Bierlow, Sheffield.

1824 The trio worked together until 1824, when the Read and Lucas partnership was dissolved and the Read brothers continued to trade under the name Read and Co. Joseph Read assumed control of the business and John acted as a sleeping partner.

In the 1830s, Joseph found himself in great financial difficulties - largely because of his involvement with the failed Smiths Ironworks, Chesterfield, Derbyshire. In 1800 Joseph had married (in London) Elizabeth Smith (b1778 in London), the daughter of Ebenezer (and Elizabeth Cater Smith) of the Smiths Ironworks (presumably Ebenezer Smith and Co).

1837 William was reluctant to take on the business, so when Joseph died in 1837, John Read undertook the responsibility of saving the company from bankruptcy.

1846 John Read managed Read and Co for nine years, but in 1846, the threat of bankruptcy loomed again and this time William Wilson agreed to buy the business (Wilson lived outside Sheffield and ran the business by correspondence). The company traded under the name of the Sheffield Smelting Company.

The firm prospered and John and Henry started to involve themselves in local and national political and philanthropic work: Henry became MP for Holmfirth in 1885 and John the Lord Mayor of Sheffield in 1902.

In 1890, the company became a joint stock company and changed its name to the Sheffield Smelting Company Limited. It was incorporated as a limited company then, later, re-registered as a private company.

1922 Listed Exhibitor - British Industries Fair. Smelters and Refiners of everything containing Gold, Silver, Platinum, Palladium or Iridium; producers of alloys of Gold, silver, etc., in all forms for manufacturers. [2]

Still trading from Royds Mills as Thessco, part of the Solpro Group.