Grace's Guide is the leading source of historical information on industry and manufacturing in Britain. This web publication contains 145,032 pages of information and 230,666 images on early companies, their products and the people who designed and built them. 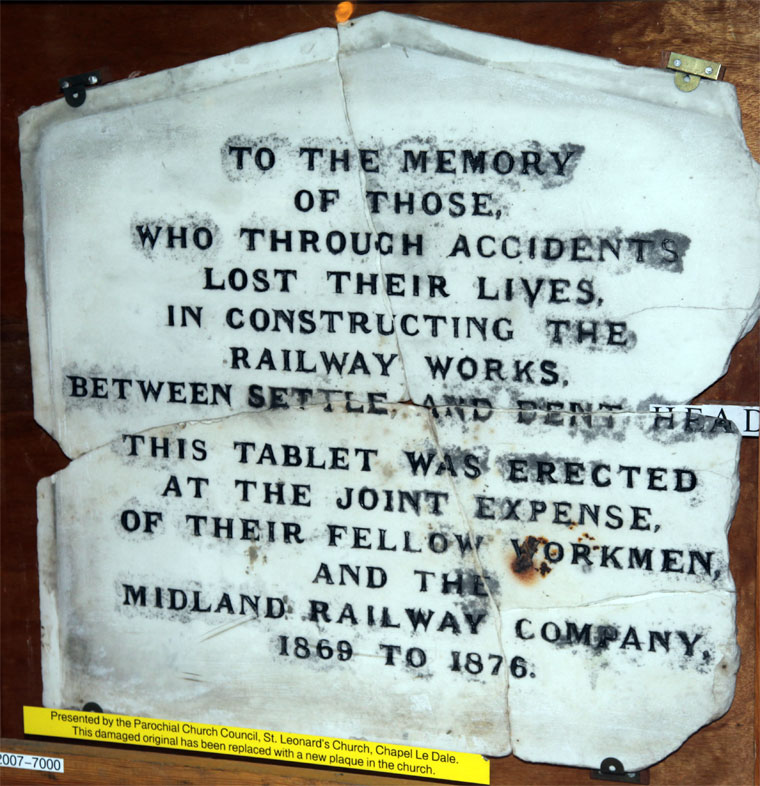 Memorial to those who died between Settle and Dent Head. Exhibit at the National Railway Museum.

The Settle–Carlisle Railway (S&C) is a 72 mile long main railway line in northern England. It is also known as the Settle and Carlisle. It is a part of the National Rail network and was constructed in the 1870s. Apart from temporary diversions (such as due to the closure of the West Coast Main Line) all passenger trains are operated by Northern Rail.

The line runs through remote regions of the Yorkshire Dales and the North Pennines, and is considered to be the most scenic railway in England. The drama of its history and construction mean that it is regarded as one of the culminating symbols of Victorian enterprise and engineering.

The line runs from near the town of Settle, beginning at a junction with the line from Leeds to Morecambe, extending to the city of Carlisle close to the England/Scotland border. On the way the line passes through the town of Appleby and a number of small communities.