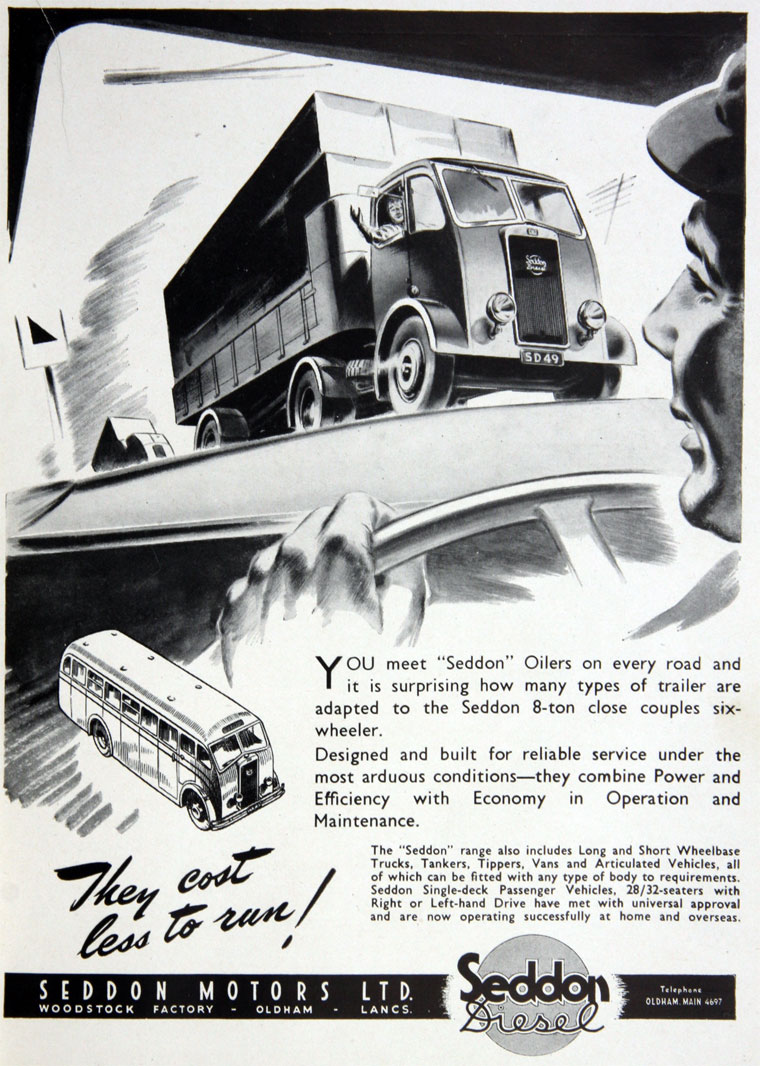 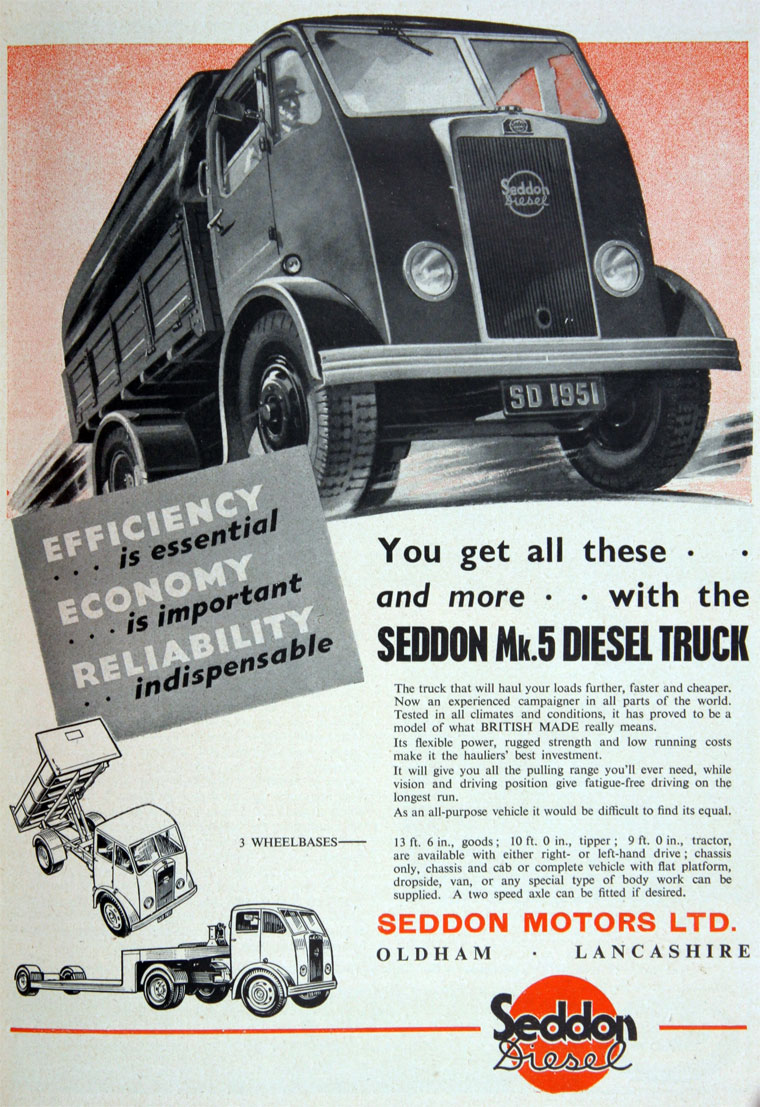 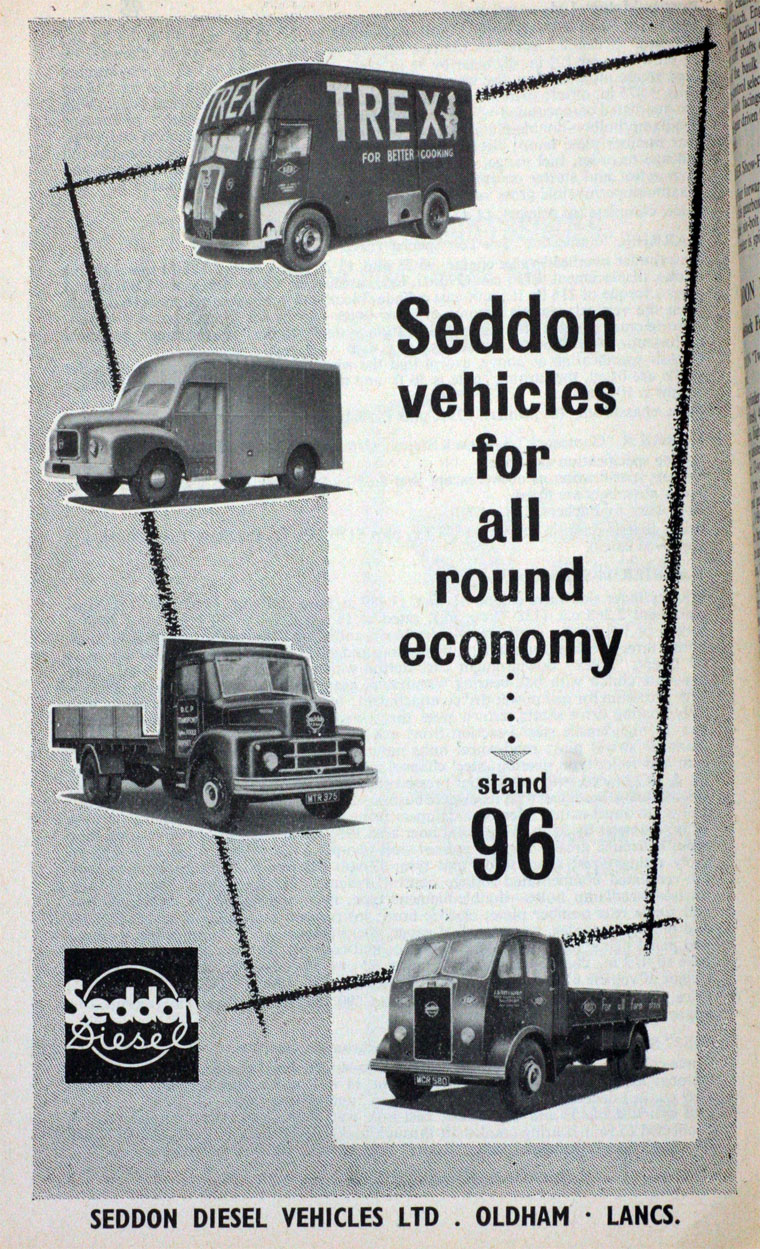 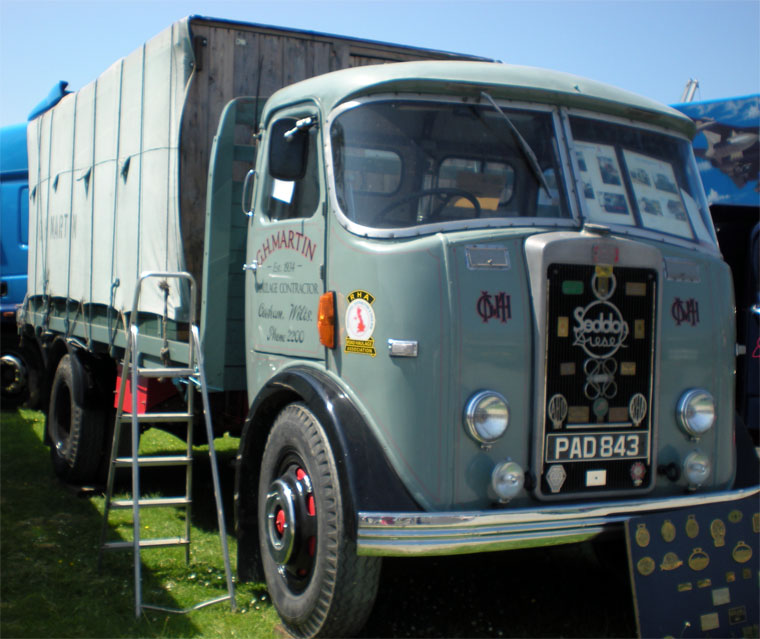 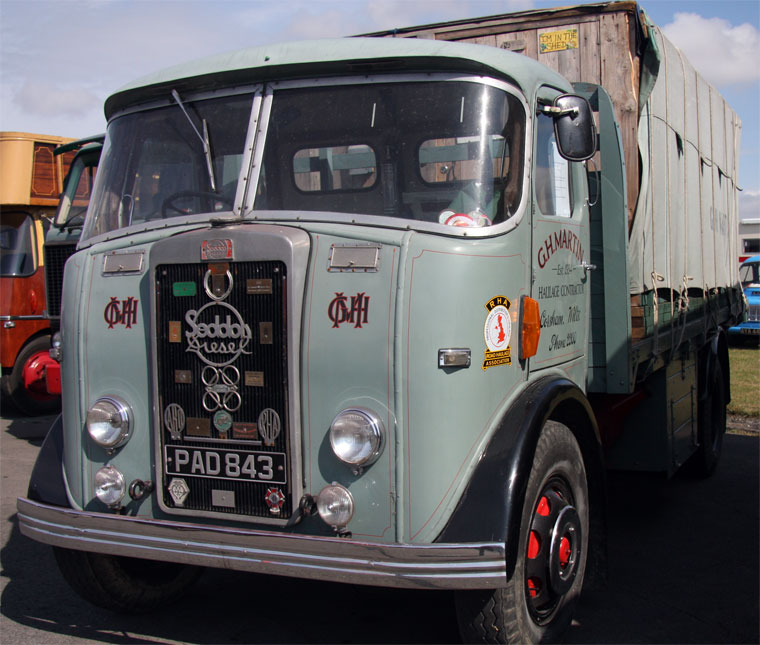 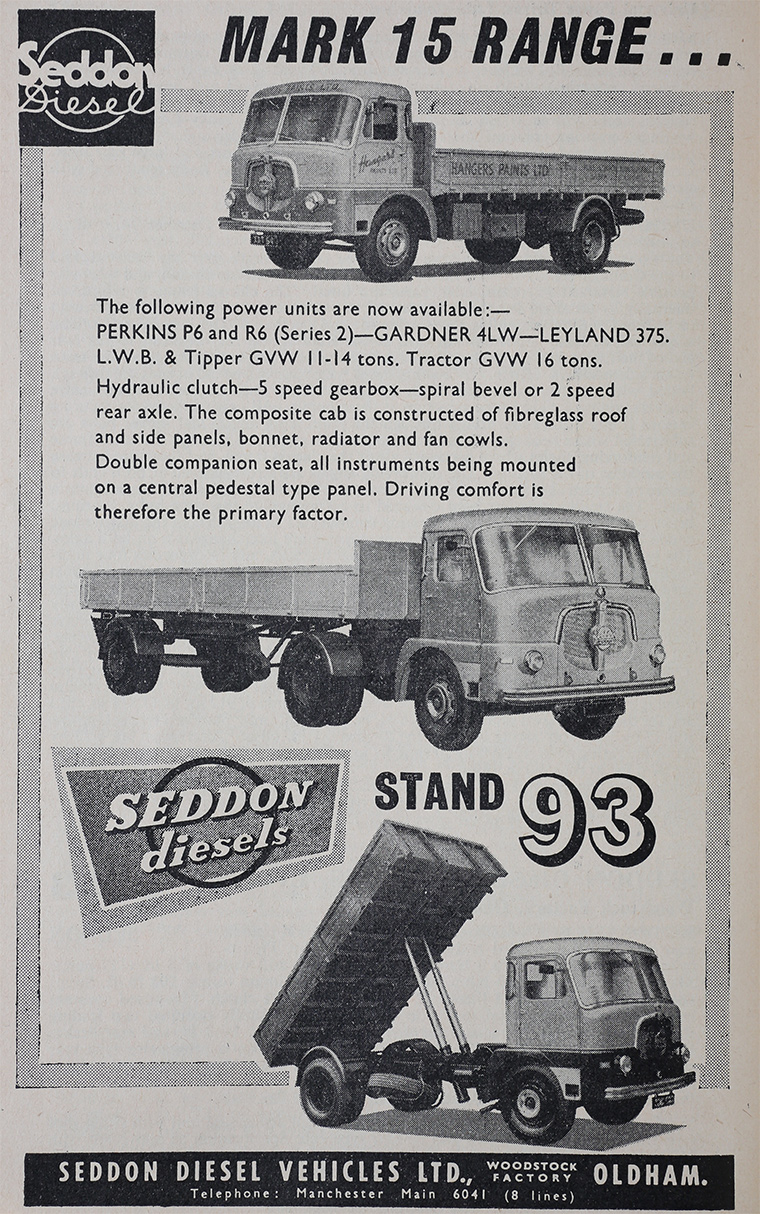 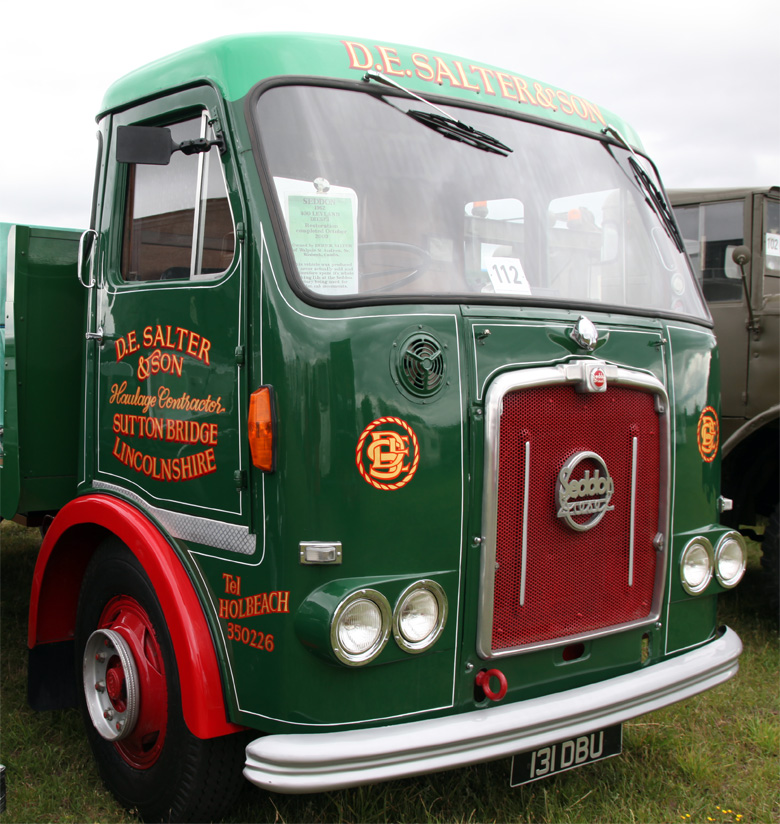 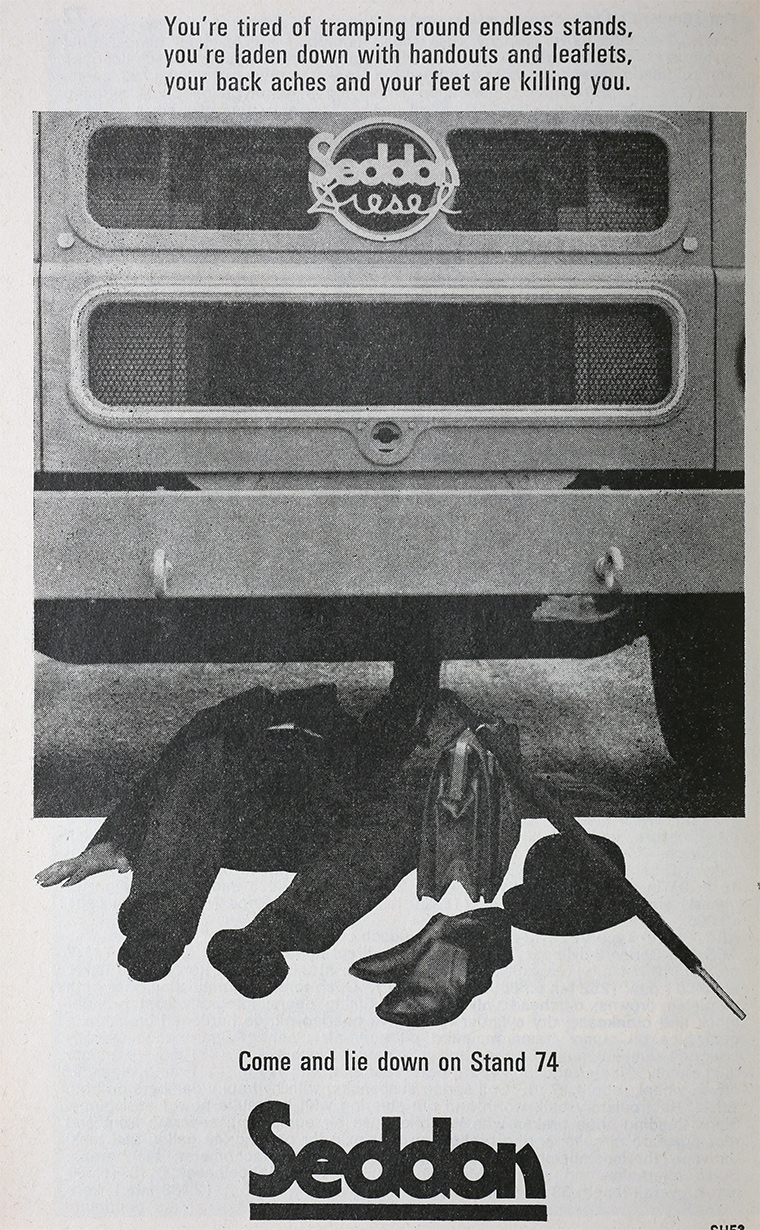 Foster and Seddon Ltd of Salford built commercial vehicles from 1938 to 1974.

1937 Foster and Seddon started vehicle manufacture after 18 years of servicing and distribution of vehicles. The first vehicle was a 6-ton with a Perkins P6 diesel engine.

1948 Moved from Salford to the Woodstock factory (Oldham)

1950 Produced and launched a 3-ton with a Perkins engine which remained in production until 1963.

1974 The business was acquired by International Harvester of the USA. Vehicles then marked as Seddon-Atkinson.

After 1982 Seddon and Atkinson had merged.