Grace's Guide is the leading source of historical information on industry and manufacturing in Britain. This web publication contains 148,144 pages of information and 233,681 images on early companies, their products and the people who designed and built them. 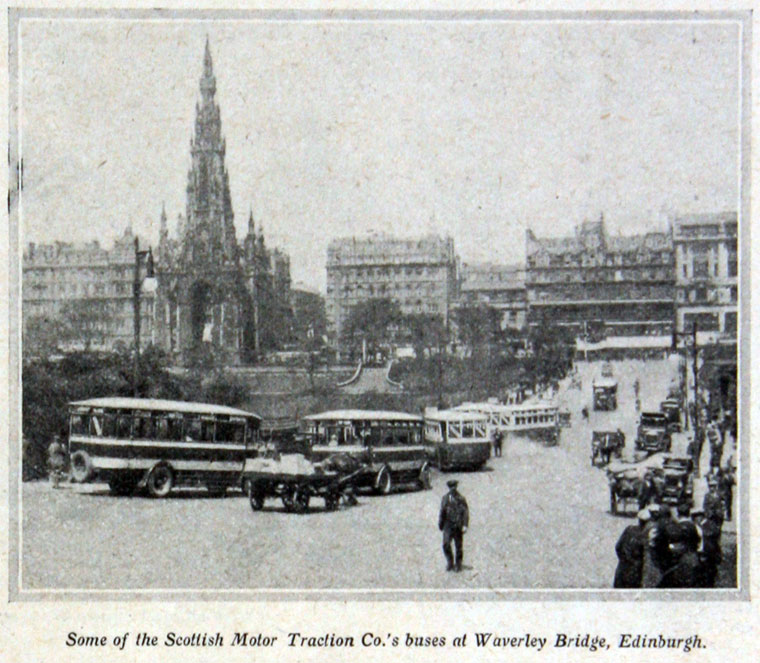 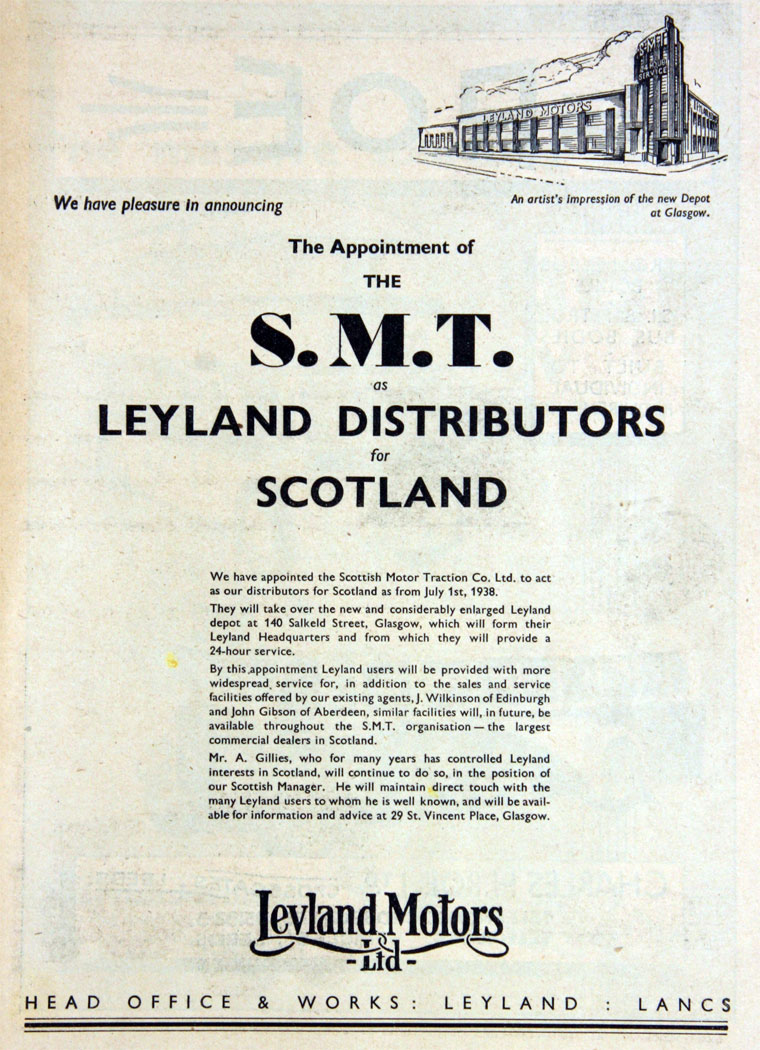 1905 The company was registered on June 14th, to establish services by motor omnibuses in Edinburgh and other places throughout Scotland. [1]

1906. Successfully sued the Motor Car Emporium for failing to deliver buses that it had ordered.[2]

1929 New company incorporated to acquire a company of the same name.

1930 Its operations were re-financed through share subscription [4]. Shareholdings by LMS and LNER with which close working relations had been agreed.

SMT grew partly through the acquisition of smaller companies.

Eventually the company controlled most of the public-service passenger-carrying industry in Scotland south of Inverness.

Operations were decentralised to local areas, such as Central SMT in Lanarkshire (with red buses) and Western SMT (in south-west Scotland), whilst the east of Scotland services remained as SMT until the early 1960s

1949 The bus operations were nationalised by the Attlee government, being acquired by the British Transport Commission[5]. The company continued the rest of its business, operating in the fields of vehicle sales and service as well as a finance company - see S. M. T. Sales and Service Co

1963 Following the demise of the British Transport Commission, the SMT bus operations became part of the state-owned Scottish Bus Group.

1985 The Transport Act 1985 led to the deregulation of bus services across the UK, followed by privatisation of the Scottish Transport Group subsidiaries.

1994 Western Scottish was bought out by the Stagecoach Group, which renamed it Stagecoach West Scotland.

Eastern Scottish was bought out by the First Group, who re-branded it First Edinburgh, and introduced the First Group corporate pink, purple and white livery to replace the former green.

1949 Following nationalisation of the bus operations, the company continued the rest of its business, operating in the fields of vehicle sales and service as well as a finance company - see S. M. T. Sales and Service Co

1957 Shaw and Kilburn was acquired by Sears and became a subsidiary[8]. Both SMT and Shaws were dealers in Vauxhall cars and had suffered from interruptions in supply[9]

Within Sears Holdings, SMT were vehicle dealers in Scotland and Shaw and Kilburn dealers in England

1966 Scottish Motor Traction Co, including Shaw and Kilburn and S. M. T. Sales and Service, were transferred from Sears Holdings to Sears Engineering[10]