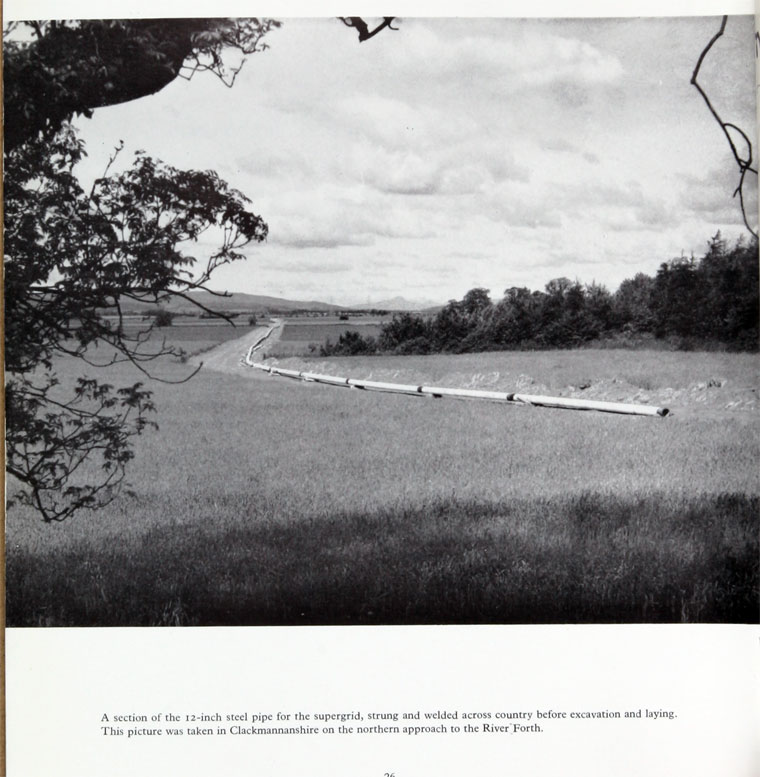 1961. Section of the 12 inch steel pipe in Clackmannanshire, on the northern appraoch to the River Forth.

1948 One of 12 Area Gas Boards established by the government to operate the nationalised gas industry, each a separate body with its own management structure. Companies and other bodies nationalised and included in this area:

1973 The Area Boards became Regions of the British Gas Corporation.