Grace's Guide is the leading source of historical information on industry and manufacturing in Britain. This web publication contains 142,911 pages of information and 228,796 images on early companies, their products and the people who designed and built them. 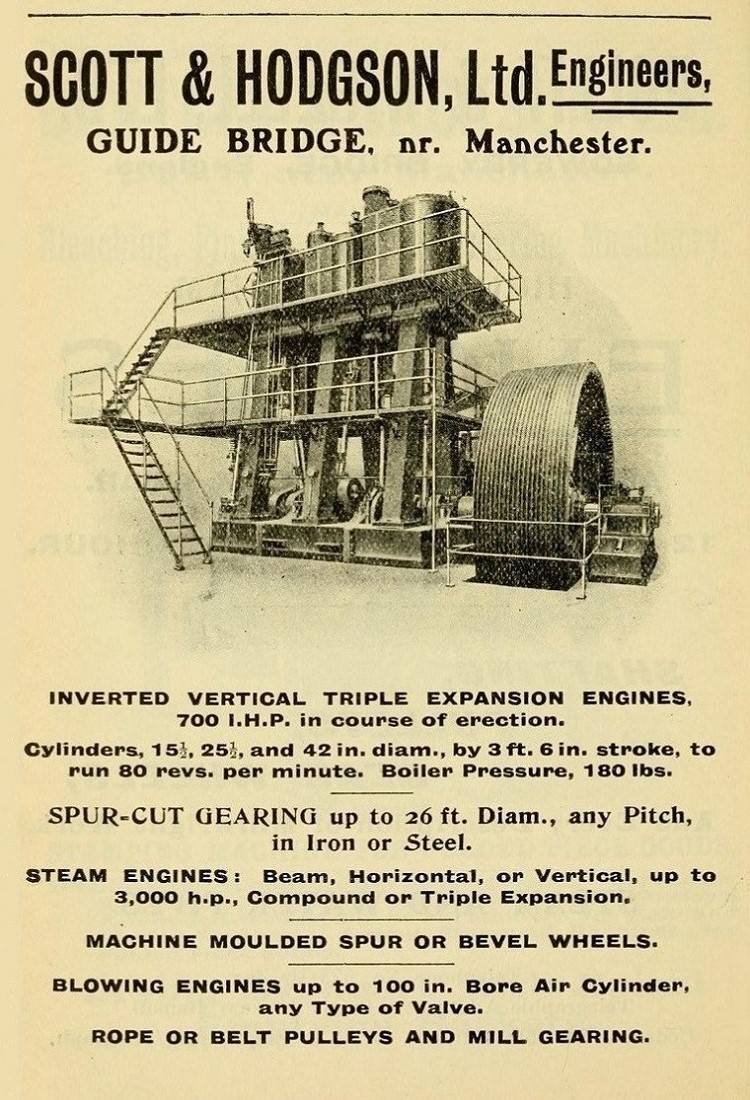 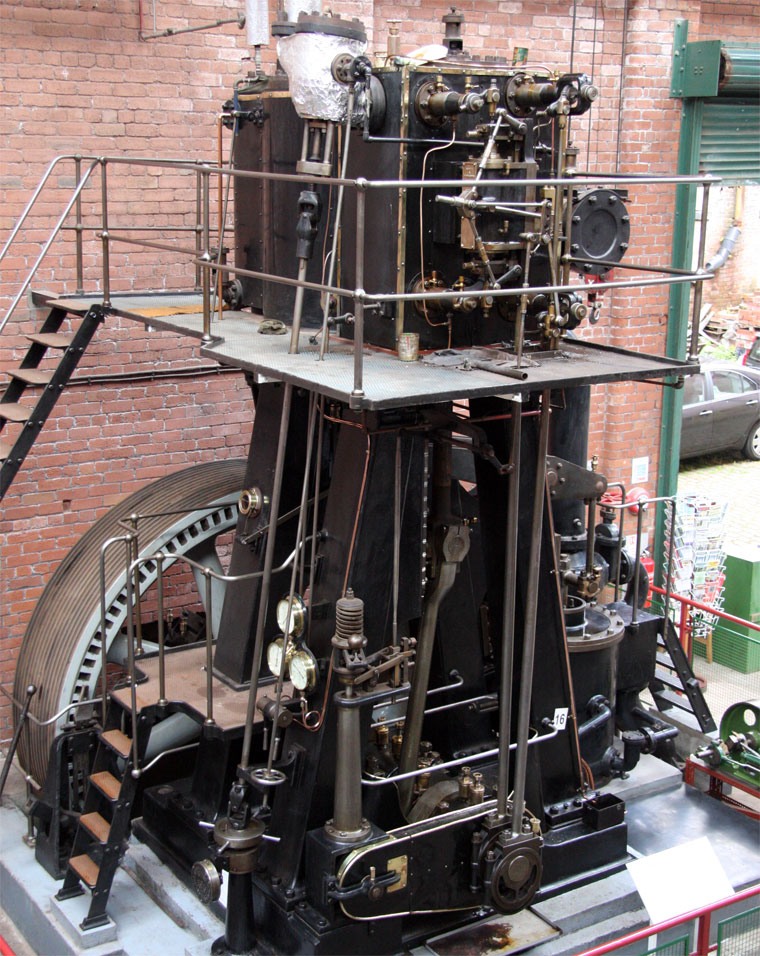 Scott & Hodgson of Guide Bridge, Audenshaw, near Manchester were engineers.

1840 Company formed by Martin and Smethurst.

1900 Incorporated as a limited company.

1900 Made a 270 HP engine at short notice for Joseph Webb and Sons following a breakdown of a rolling mill engine and gears. The engine was ordered at noon on 6th April, and was at work at 4.00 a.m. on 4th May, having been made, erected and set in operation in 25 days, 10 hrs. The work included making all the foundry patterns and most of the drawings, and constructing new foundations for the engine and gearing, together with alterations to the pipework and the building. [1]

1901 Produced an unusual 'pusher engine' to increase the power of a beam engine at the mill of Obadiah Ashworth and Co., Middleton. This had an oscillating cylinder, and the end of the piston rod acted on the beam engine's crankpin, the crankpin having been replaced with a longer one [2]

1901 A 22 HP diesel engine was demonstrated at the works of Scott & Hodgson. [3]. This was described as the first Diesel engine made in England[4][5]. Note: This was not the first in Britain, that honour having gone to Mirrlees.

1934 Steam turbine business acquired by Mirrlees Watson Co and transferred to Glasgow[9]. The equipment included a side planing and slotting machine by Hulse, side planer by Hetherington, three large Stirk planers, a gear cutting machine for wheels up to 24 ft dia. Power plant included a 200 HP compound engine by Scott & Hodgson, and 75kW and 30kW dynamos. There were three electric overhead cranes by Adamson, and three rope-drive cranes.[10]

Name plaque. Exhibit at Manchester's Museum of Science and Industry

Other Examples of Engines

Except where otherwise stated, the above engines from 1887? onwards were recorded by A Roberts, J Pickles and others between 1930 and 1965[13]