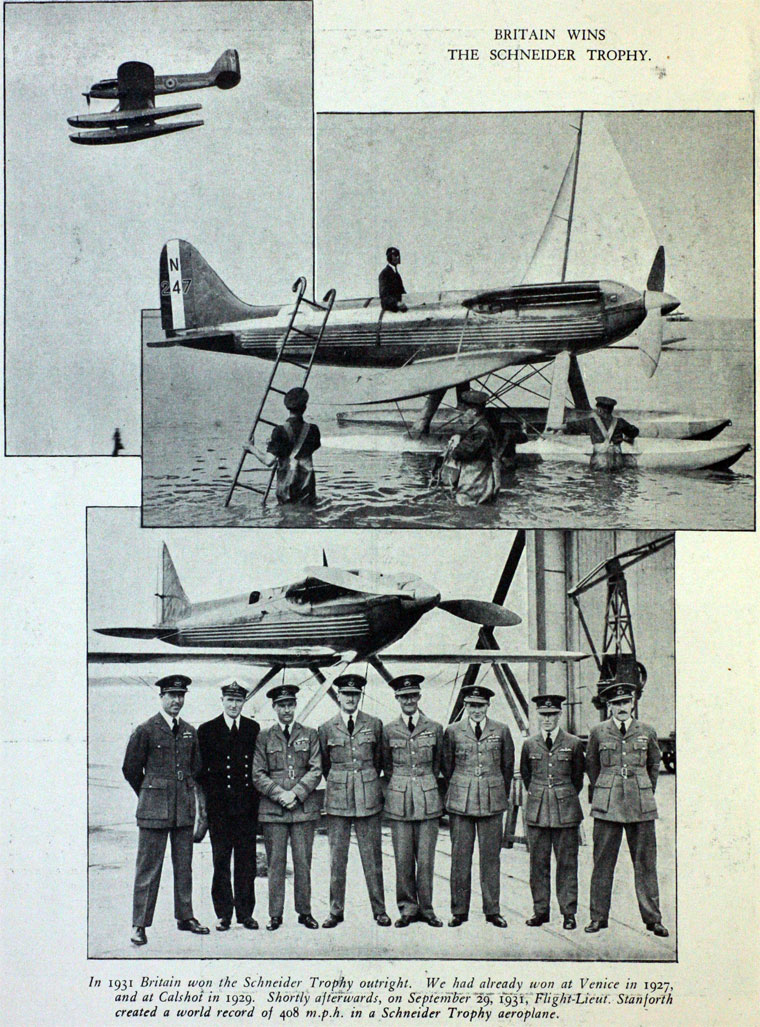 The Coupe d'Aviation Maritime Jacques Schneider" (commonly called Schneider Trophy, or prize or cup) was a prize competition for seaplanes.

Announced by Jacques Schneider, a financier, balloonist and aircraft enthusiast, in 1911, it offered a prize of roughly £1,000.

The race was held eleven times between 1913 and 1931. It was meant to encourage technical advances in civil aviation but became a contest for pure speed with laps over a triangular course (initially 280 km, later 350 km). The races were very popular and some attracted crowds of over 200,000 spectators.