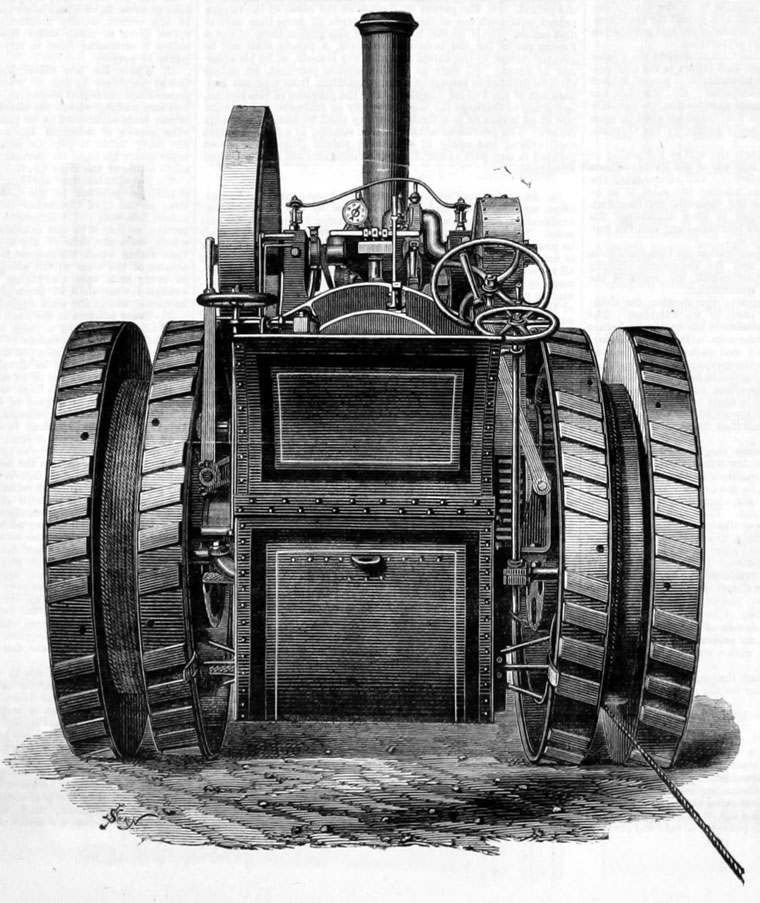 1896. Gallopers. Exhibit at the Thursford Collection. 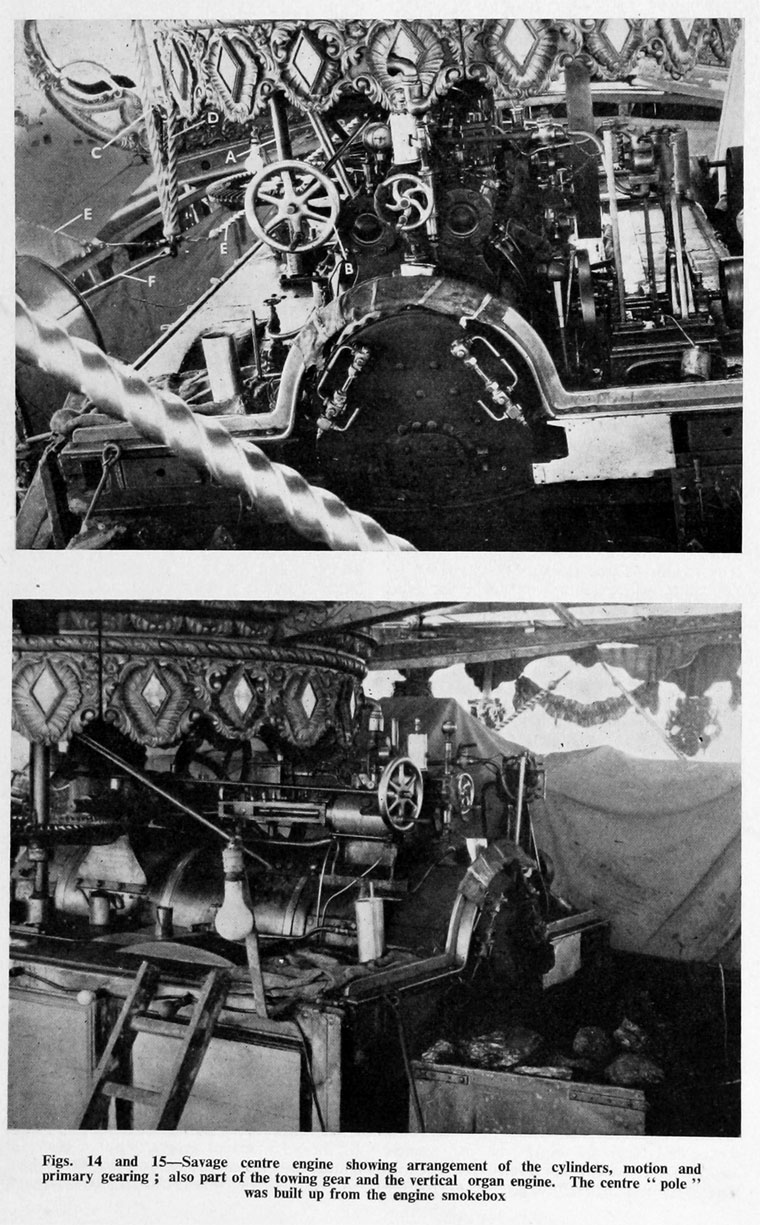 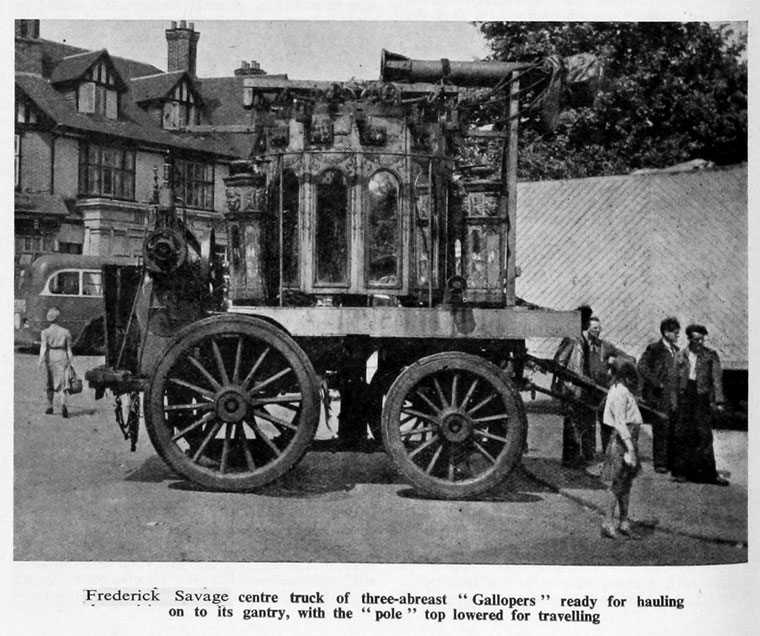 The company built fairground and traction engines, steam wagons and ploughing engines. they also built some fairground locomotives designed to run on a circular track. They also made engines for steam yachts.

1850 Frederick Savage established the business with a forge in the 'Mermaid and Fountain' yard in Tower Street, King's Lynn

1880s Listed as Savage Brothers and then finally became Savages

1893 Became a limited company as Frederick Savage and Co

1898 Savage Brothers was registered on 1 July, and carries on the business of engineers, carver and gilders. [5]

1915 Production of 49 Airco DH1 aircraft was subcontracted to them but they had some problems with the delivery of these aircraft.

1949 - "The firm of Savages, Ltd., St. Nicholas Works, King's Lynn, was founded in 1850 by Frederick Savage, and throughout the years has been prominent in East Anglia in the production of steam engines and implements for agricultural purposes. It has also at different times during its long existence specialised in traction engines designed for showmen and in various equipment popular at pleasure fairs in the early part of the present century.

To mark its centenary, Mr. Ronald H. Clark, A.M.I.Mech.E., has prepared a history of Savages, Ltd., entitled " A Century of Engineering," and he is to be congratulated not only upon the nature of the material included in the text, but also upon the accompanying illustrations. The brochure provides an interesting record of the contribution made by mechanical engineering to agriculture, road transport and to the "show" industry in the days prior to the general employment of the internal combustion engine for these purposes. Mr. Clark's record, however, has not omitted reference to the firm's more recent activities.

Savages, Ltd., as it enters upon the second century of its existence, engages in the variety of up-to-date engineering tasks associated mainly with agriculture, contracting and other branches of rural industry." [6]