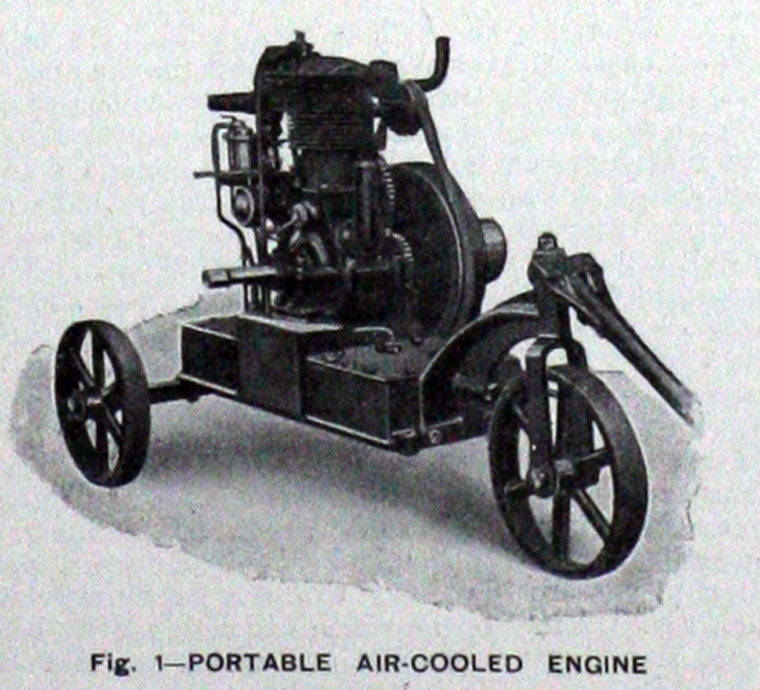 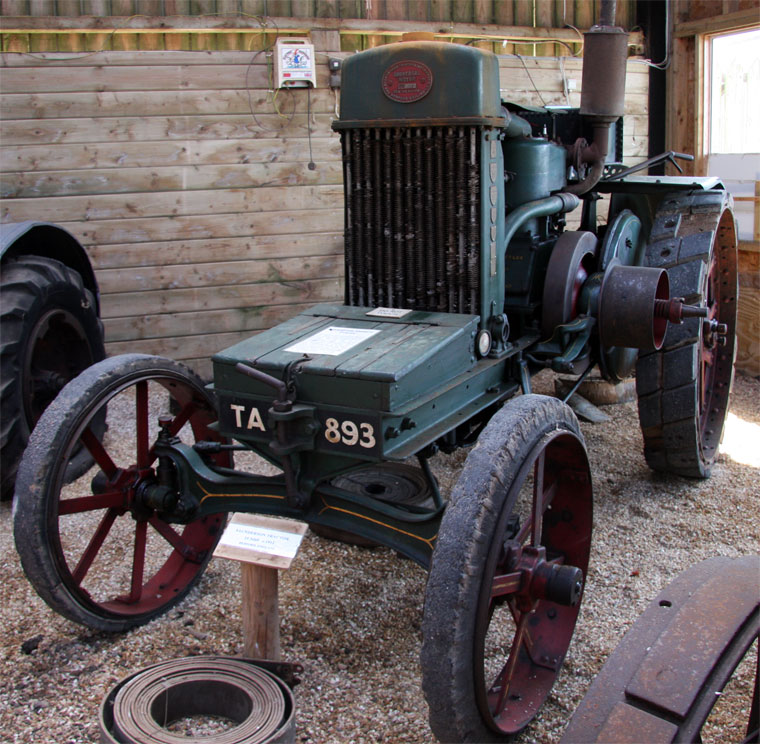 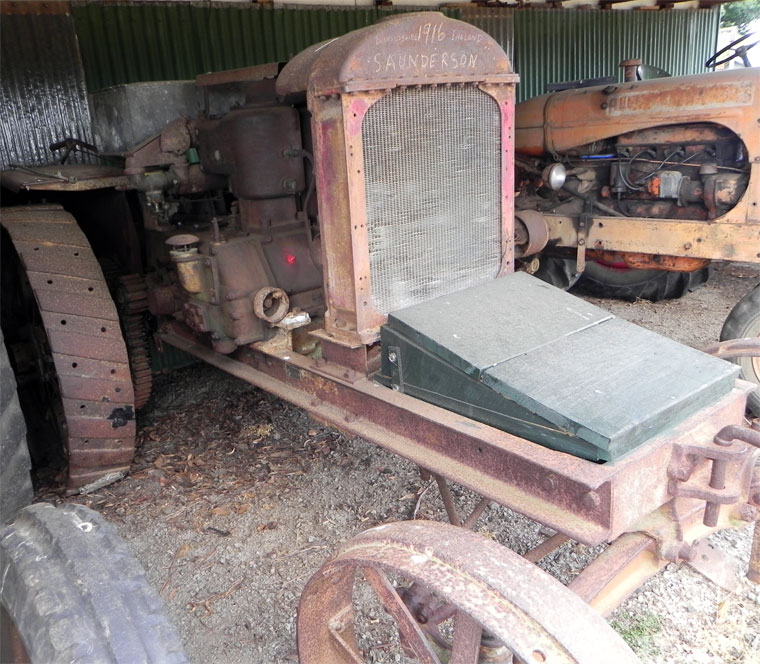 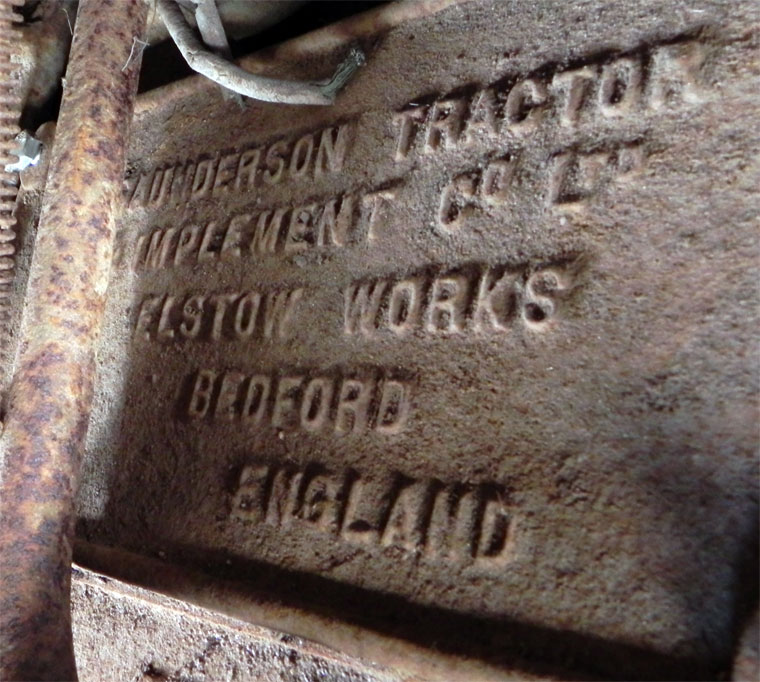 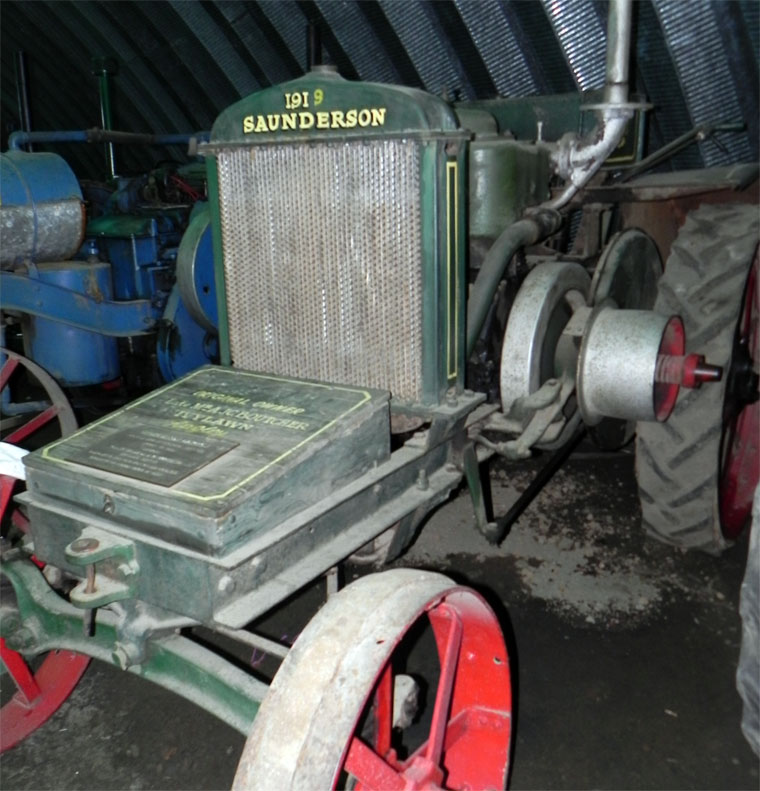 The Saunderson Tractor and Implement Co of Elstow Works, Bedford

The H. P. Saunderson and Co was founded by Herbert Percy Saunderson

His first tractor was known as the Saunderson Universal and was a popular machine with a 30 HP single cylinder engine. It was capable of carrying a two ton load on its platform and two tons on its trailer.

1906 The Saunderson Universal gained a silver medal at the 1906 Royal Show.

1920 The patent automatic lift grubber made by the company was awarded the first silver prize medal at the Royal Dublin Society's Show.[4]

1923 Although the Saunderson's tractors were relatively successful the Saunderson Co. could not compete with the larger companies that were in the tractor market. Production ceased when they were bought by Crossley Brothers