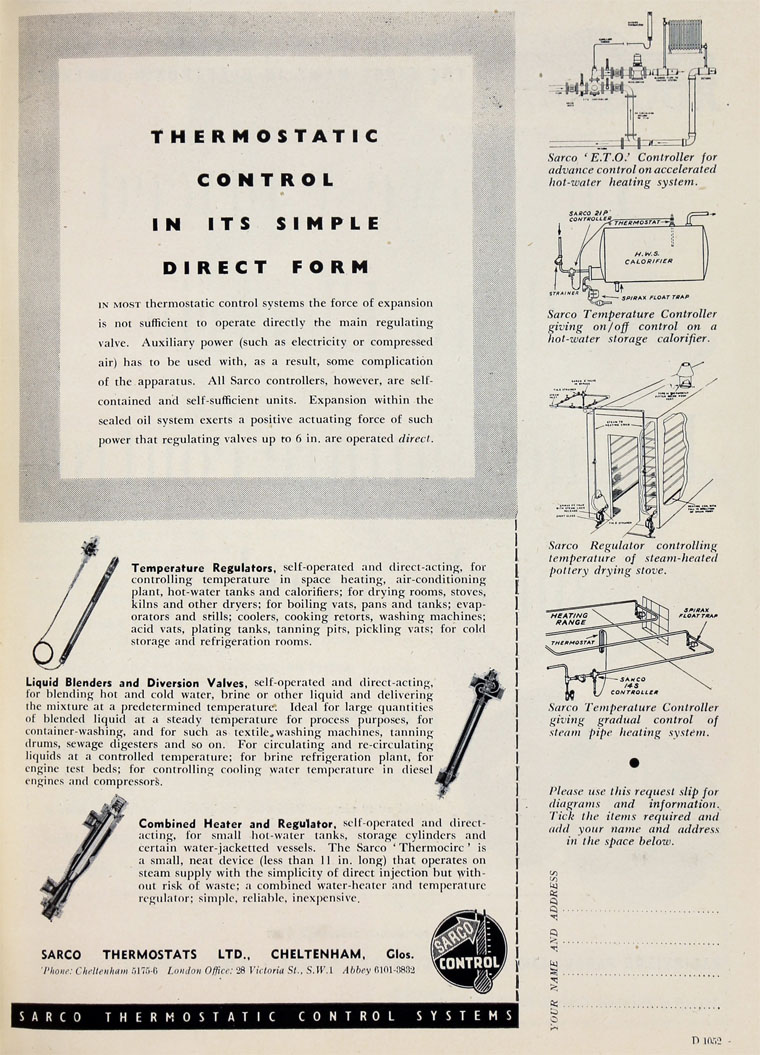 1935 Sarco set up its own factory in Pennsylvania, and the company became known as the Sarco Manufacturing Corporation. Sarco-branded steam traps and apparatus were exported to Europe; Sanders, Rehders & Co. had become a selling agent for Sarco products and changed its name to Sarco Thermostats

1937 Spirax Manufacturing Co, after acquiring Sarco Thermostats, moved to Cheltenham. The acquisition gave Spirax the right to use the Sarco brand name as well.