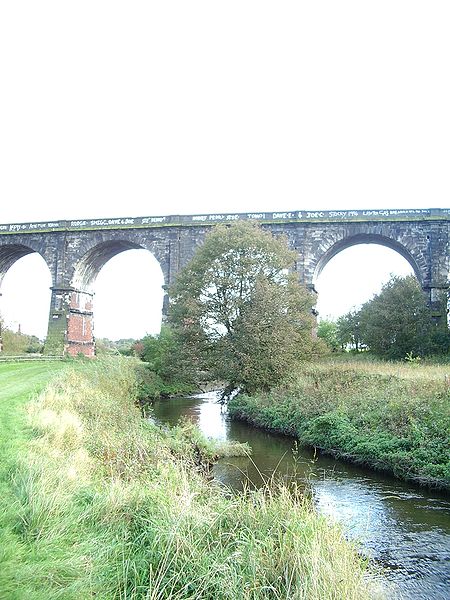 The Sankey Viaduct is a railway viaduct at Bradley Lane, Collins Green, near St Helens, Lancashire

It was built between 1828 and 1830 by George Stephenson for the Liverpool and Manchester Railway to cross the line of the Sankey Canal with sufficient clearance for the Mersey flats, the sailing vessels for which the canal was constructed.

It is constructed from yellow and ginger sandstone and red brick, of 9 round-arched spandrels on sharply-battered piers.

As the Sankey Canal was the first canal of the Industrial Revolution, its crossing by the first purpose-built passenger railway in the world by means of this viaduct makes this a site of great significance in transport history.

The canal itself was filled with household rubbish in the 1970s.