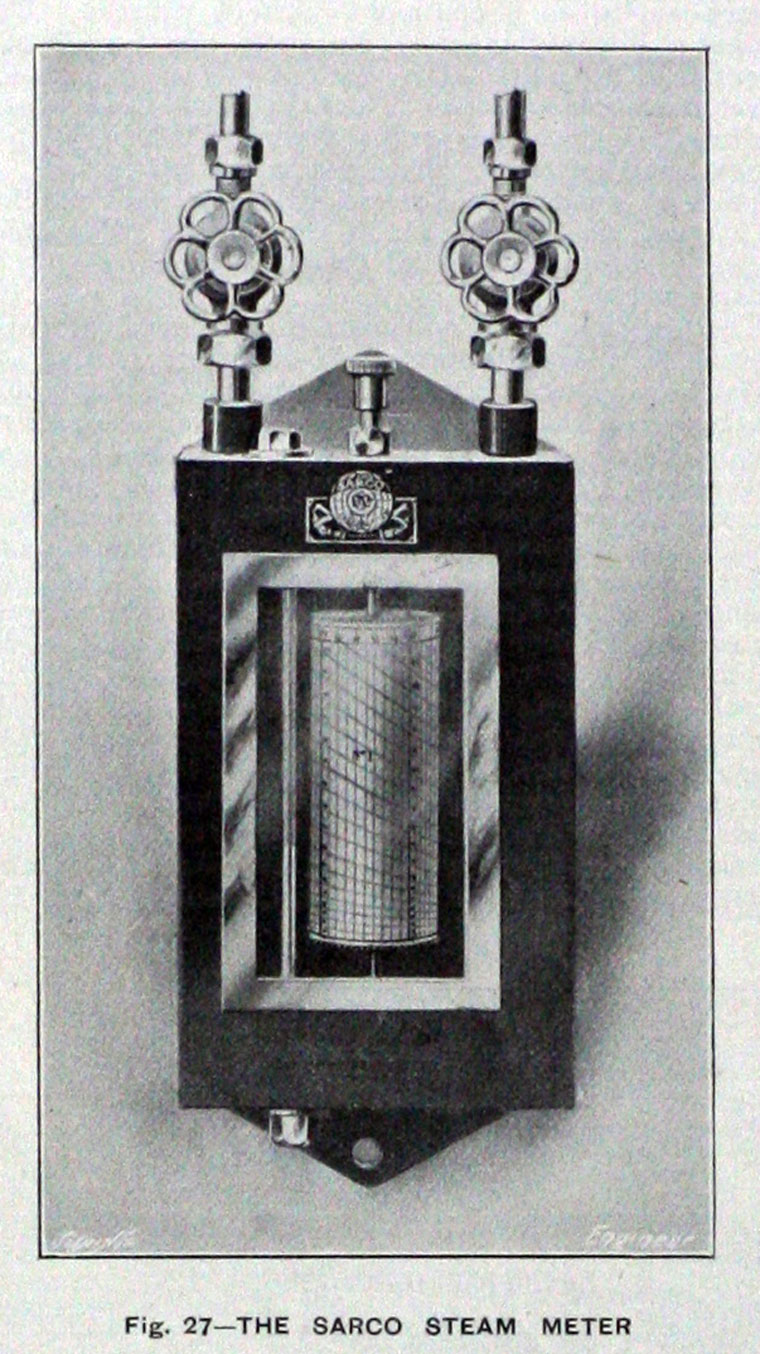 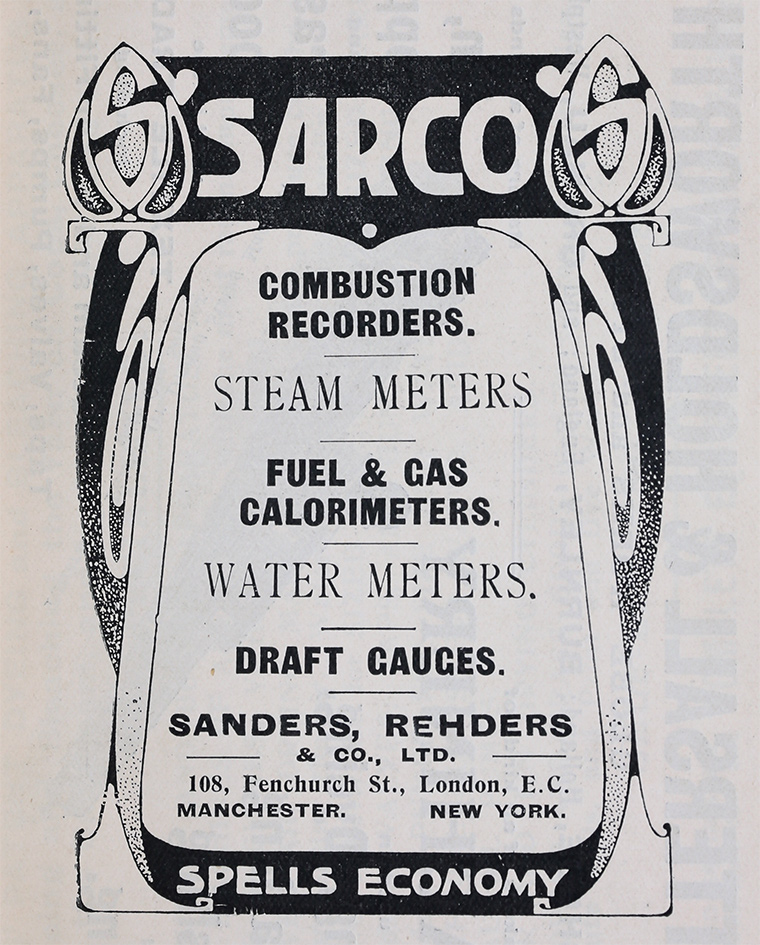 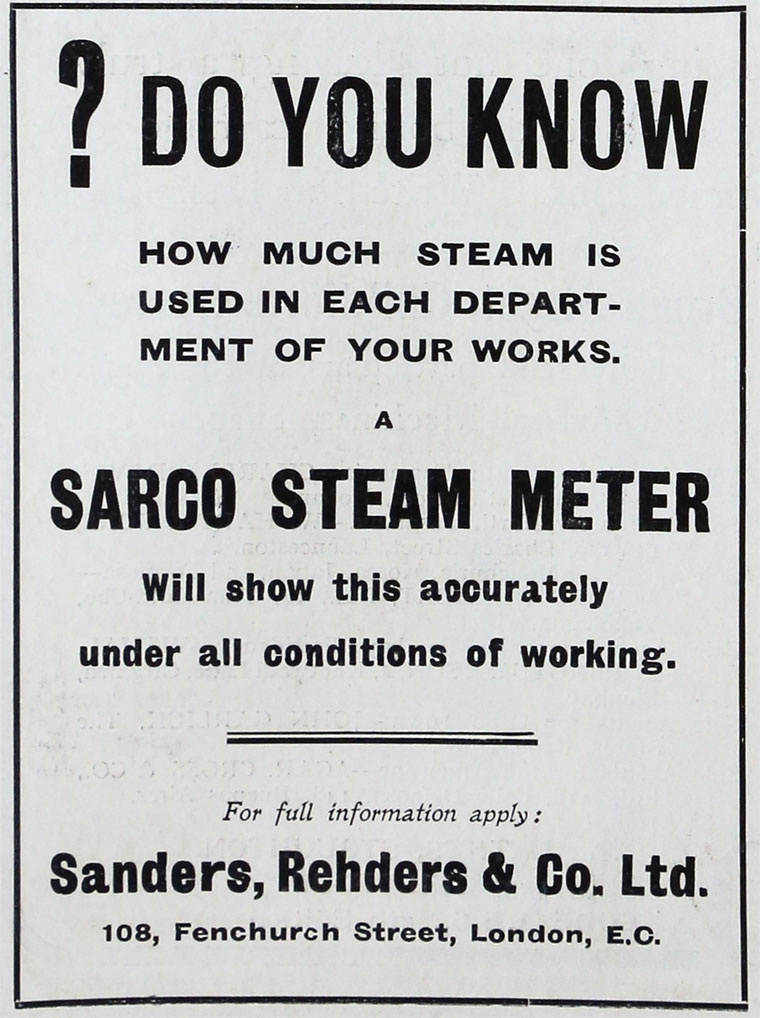 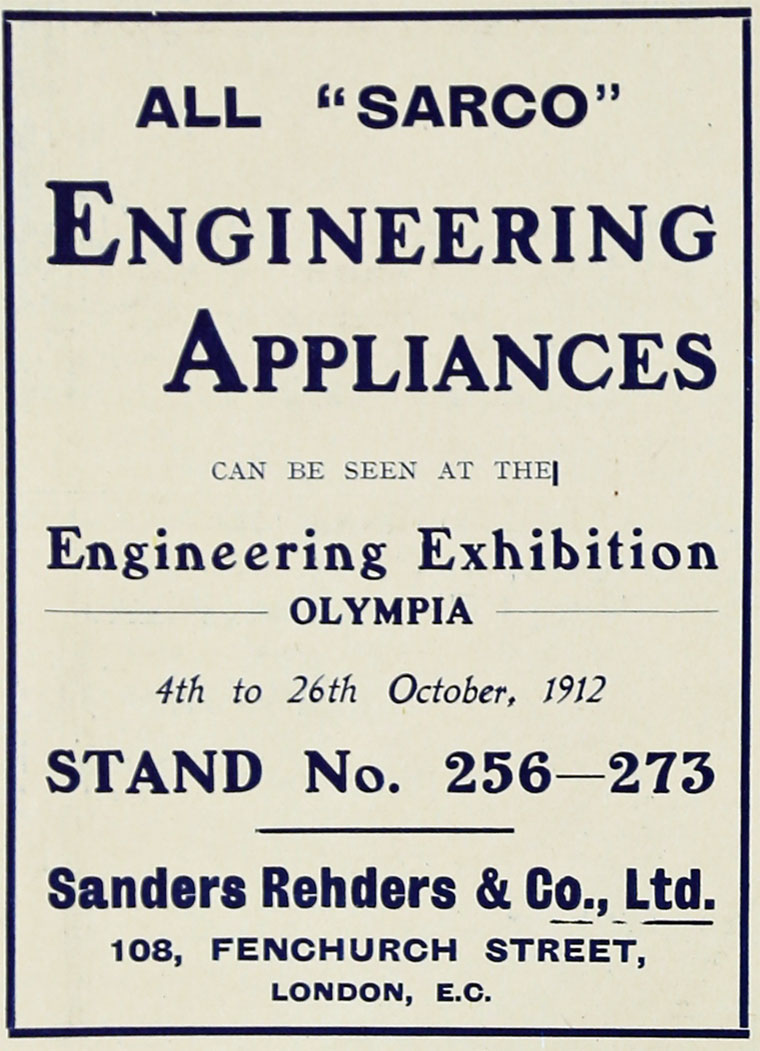 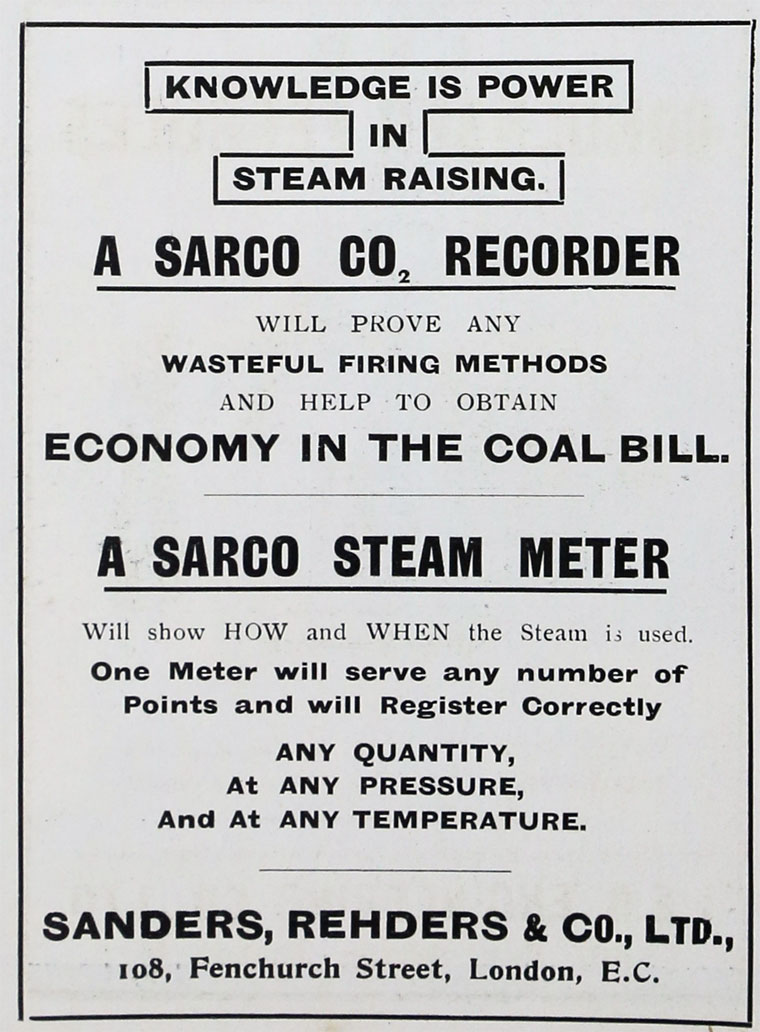 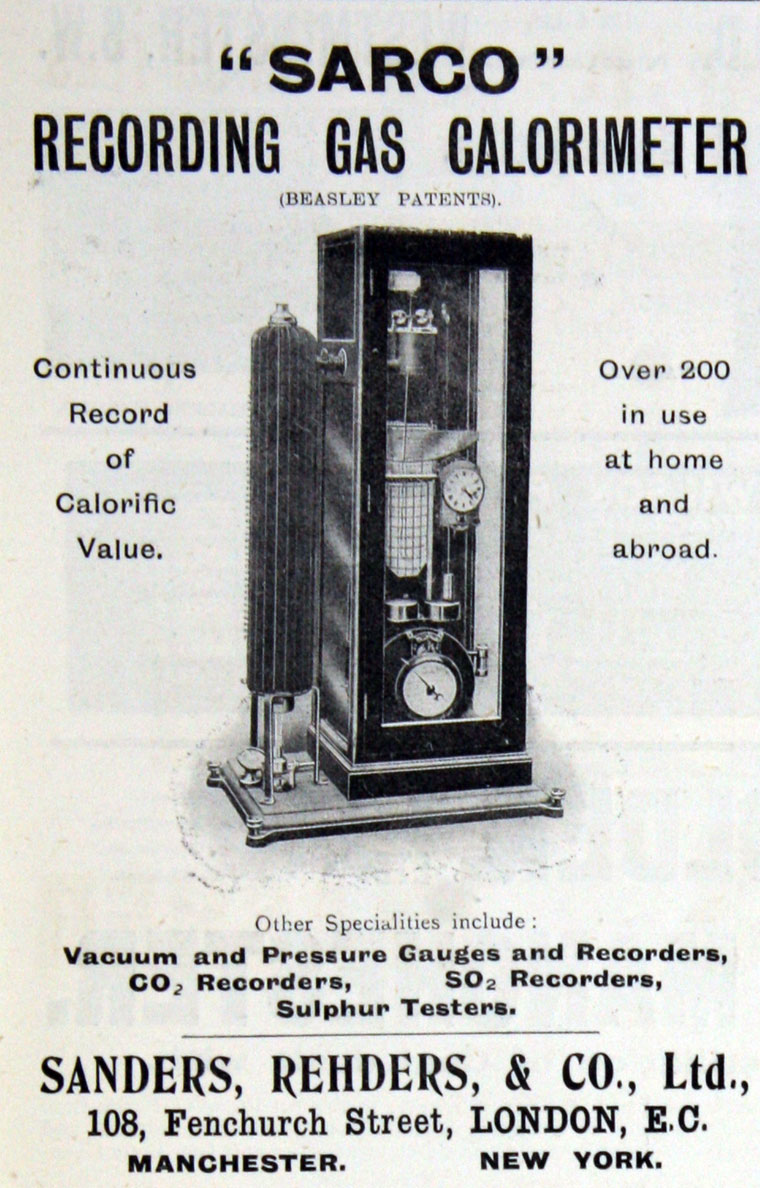 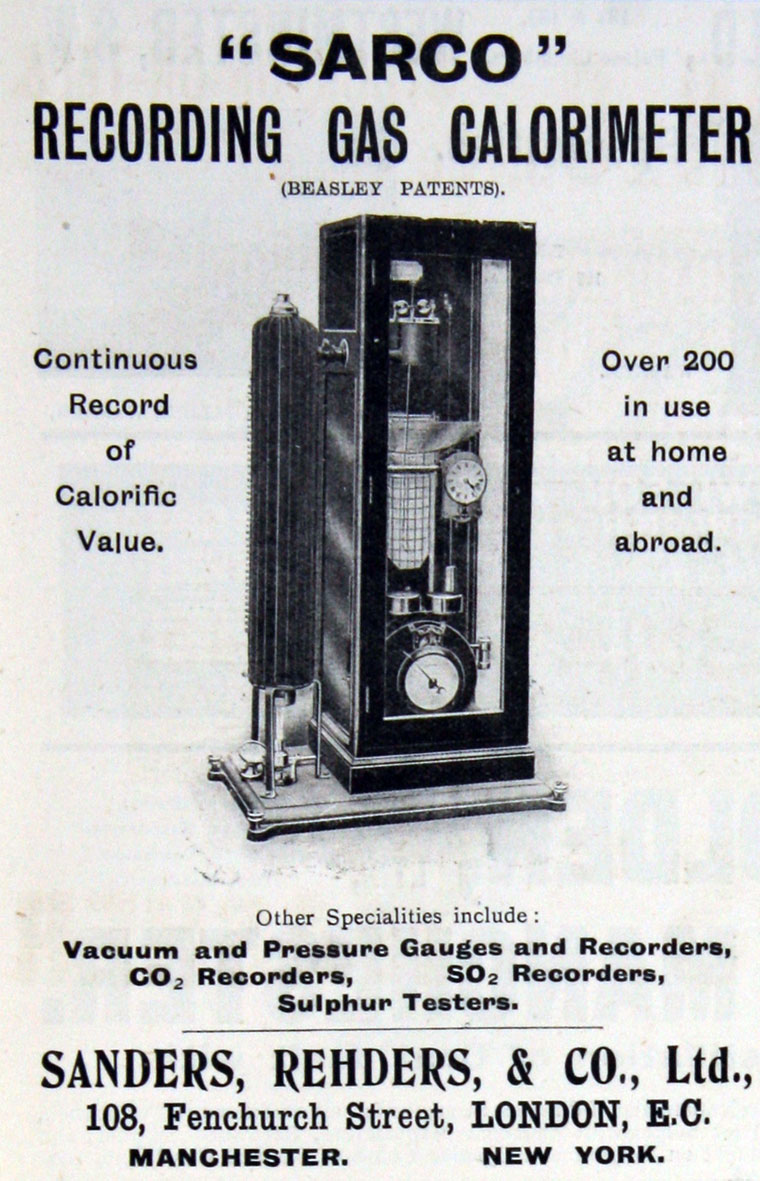 1888 The Company was founded in London to import thermostatic steam traps from Germany which were branded Sarco.

1908 established an office in New York, began trading as the Sarco Fuel Saving and Engineering Company.

1935 Sarco set up its own factory in Pennsylvania, and the company became known as the Sarco Manufacturing Corporation. Sarco-branded steam traps and apparatus were exported to the Europe; Sanders, Rehders & Co. had become a selling agent for Sarco products and changed its name to Sarco Thermostats