Grace's Guide is the leading source of historical information on industry and manufacturing in Britain. This web publication contains 148,479 pages of information and 233,901 images on early companies, their products and the people who designed and built them. 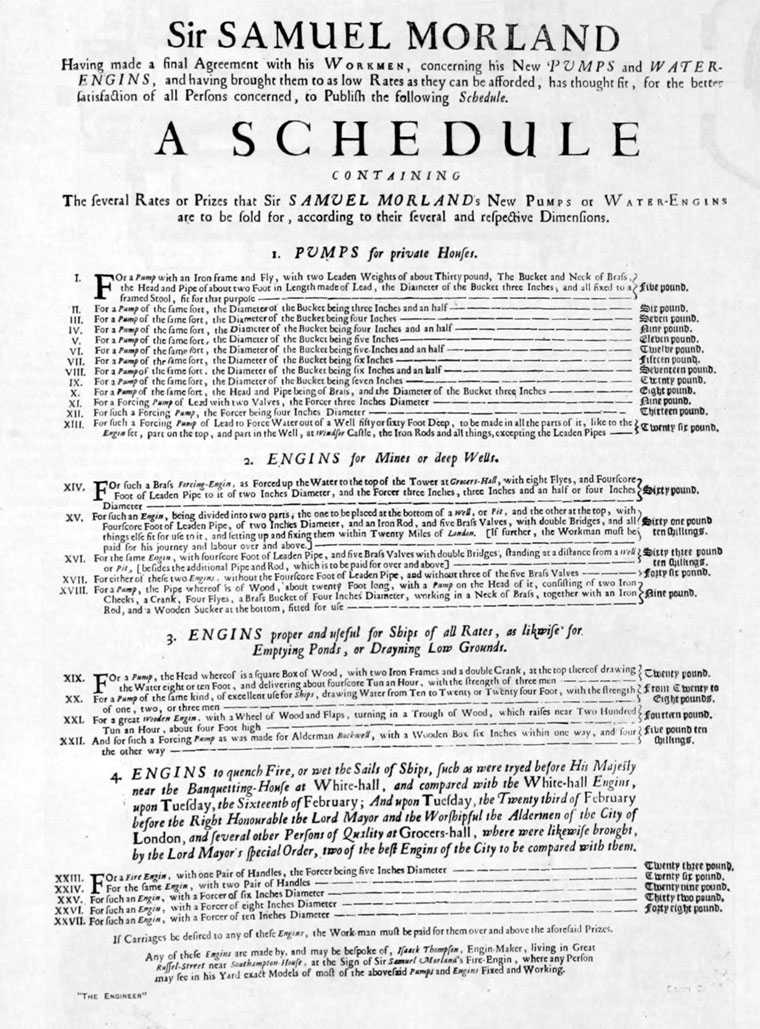 Schedule of Prices for Pumps and Engines, made in partnership with Isaac Thompson. 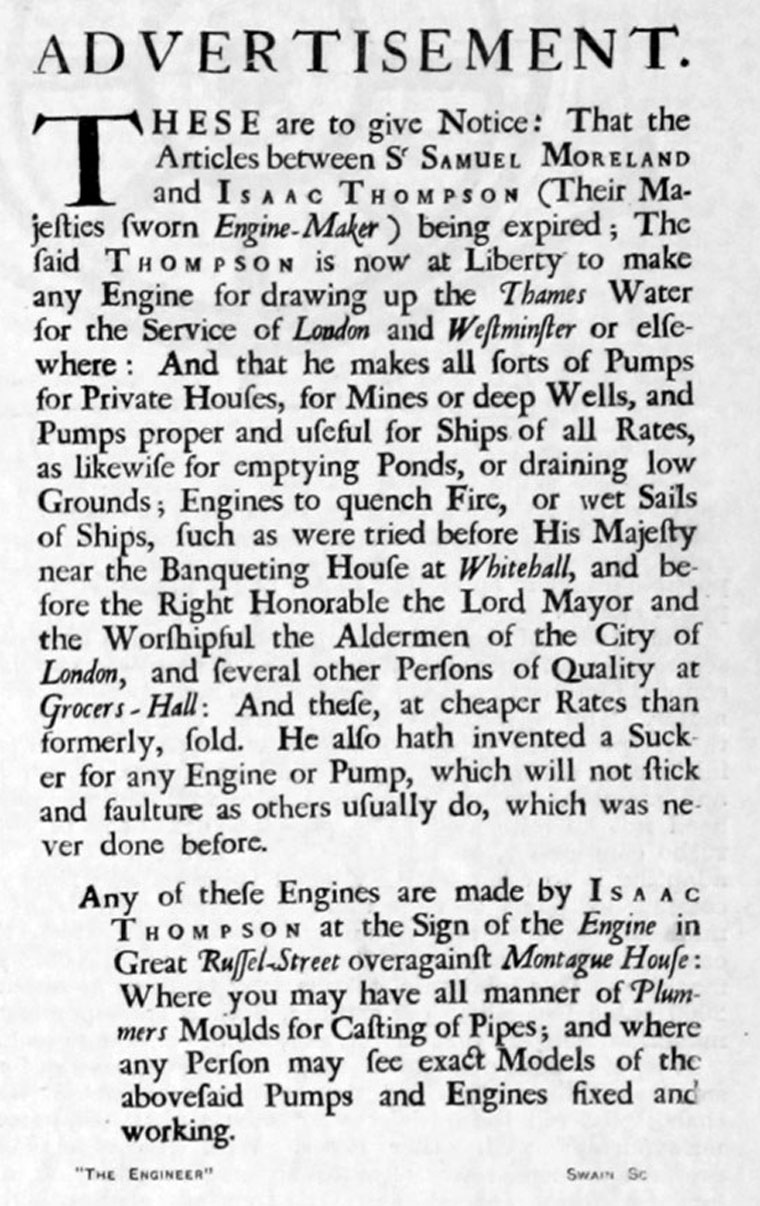 Notice of the expiry of the partnership with Isaac Thompson,1681.

Sir Samuel Morland, 1st Baronet (1625–1695), or Moreland, was a notable English academic, diplomat, spy, inventor and mathematician of the 17th century, a polymath credited with early developments in relation to computing, hydraulics and steam power.

The son of Thomas Morland, the rector of Sulhamstead Bannister parish church in Berkshire, he was educated at Winchester School and Magdalene College, Cambridge, where he became a Fellow in 1649 and devoted much time to the study of mathematics. He also became an accomplished Latinist and was proficient in Greek, Hebrew and French – then the language of culture and diplomacy. While a tutor at Cambridge, he first encountered Samuel Pepys who became a lifelong acquaintance.

A keen follower of public affairs, he left Cambridge and entered public service. He undertook a trip to Sweden in 1653, and in 1655 was sent by Oliver Cromwell on a mission to Italy to protest at actions taken against the Waldensians by the Duke of Savoy. He remained in Geneva for some time in an ambassadorial role, and also wrote a book: The History of the Evangelical Churches of the Valleys of Piemont (1658).

However, while serving as secretary to John Thurloe, a Commonwealth official in charge of espionage, Morland became disillusioned with the Government of the Commonwealth (allegedly after learning of a plot by Sir Richard Willis, Thurloe and Richard Cromwell to assassinate the future King Charles II). As a double agent, Morland began to work towards the Restoration, engaging in espionage and cryptography – activities that later helped him enter the King's service.

On 18 July 1660 he was created a baronet and given a minor role at court, but his principal source of income came from applying his knowledge of mathematics and hydraulics to construct and maintain various machines. These included:

He later won a contract to provide mirrors to the King and to erect and maintain the King’s printing press.

In 1681, he was appointed magister mechanicorum (master of mechanics) to the King for his work on the water system at Windsor.

1681 Advertisement to announce expiry of the partnership with Isaac Thompson..[1]

He also corresponded with Pepys about naval gun-carriages, designed a machine to weigh ship's anchors, developed new forms of barometers, and designed a cryptographic machine. From 1677, he lived in the Vauxhall area of central London, moving to a house in Hammersmith in 1684.