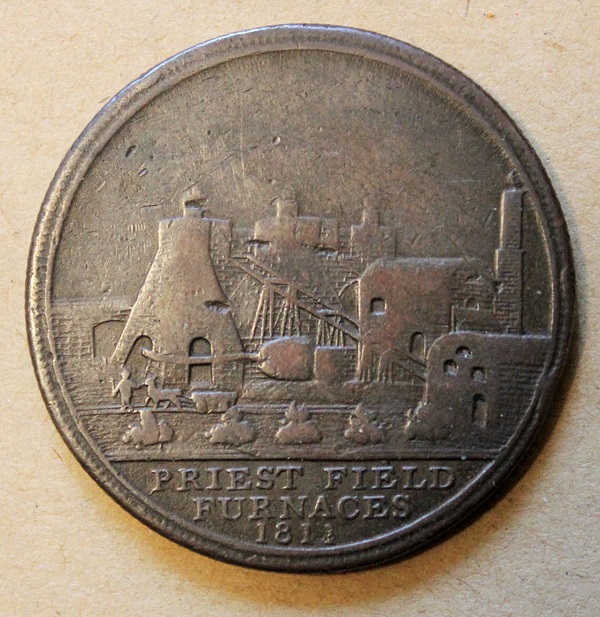 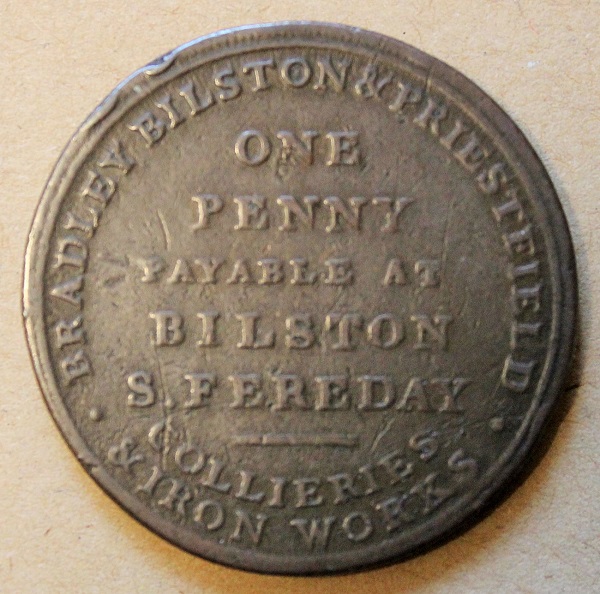 of Bilston. Owner of Priestfield Furnaces[1]

Fereday started out as a coal hewer.

Eventually he and his partners controlled a dozen blast furnaces. He was said to have issued over 2 million trade tokens. He went bankrupt in 1816 after failing to obtain a French import licence for 200 miles of pipe for Paris. After failing to get his bankruptcy papers in 1821, he went to France.[2]

1811 Fereday issued an enormous number of one penny tokens featuring Priest Field/Priestfield furnaces. See photos. The tokens show three blast furnaces, and an intriguing large air reservoir is indicated between one of the furnaces and the blowing engine house. The engine house and an adjacent building have early examples of curved roofs. In the foreground are what are presumably ore calcining ovens.

1814 'Last week the work people employed in the various works of Messrs. Fereday and Co. amounting to about 5000, were plentifully regaled at Ettinghall Park, in commemoration of Peace.'[4]

1823 'Mr. Ferriday, who was, formerly a considerable iron-master in England has projected a manufactory for plate-iron in Paris, which has been taken up so warmly by the French, that the subscriptions are already filled, and bear a premium. Mr. F. calculates that the Advantage to subscribers will be at least 60 per cent., as he proposes to manufacture from old iron, which is, comparatively, very cheap - a mode of process unknown to the French iron-masters.'[6]