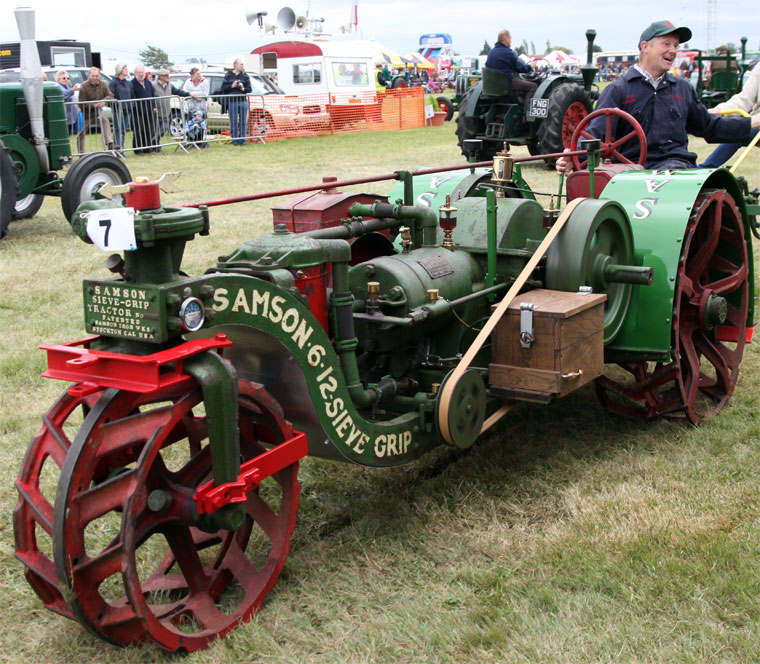 Company founded in 1898 by John M. kroyer who had been born in Denmark.

Imported in to the UK by F. S. Bennett.

The Sieve Grip tractor, a three-wheeled machine with a special open-rim wheel design that was intended to increase traction.

Several models were produced from about 1914, including a 6-12 hp single-cylinder tractor and a larger 10-25 hp model.

General Motors Corporation (GMC) wanted to move into tractor production to compete with the Ford Motor Co. so bought the Samson Iron Works, and continued to build Sieve Grip tractors with the G.M.C. name attached.