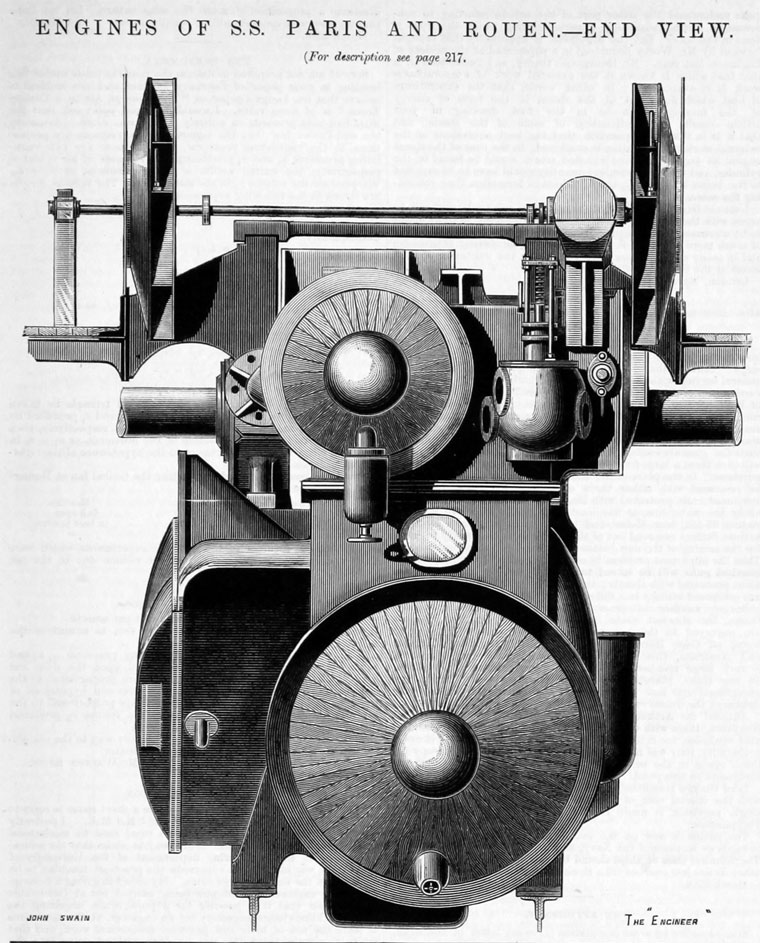 The second (483 tons) was built by the Fairfield Shipbuilding and Engineering Co in 1875. It was sold in 1888 when the replacement Paris was completed. In 1899 she aground on the headland of the village of Coverack, Cornwall on Whit Monday. The Paris Hotel, built by the Redruth Brewery back in 1907 and was named after the liner. [1]

The company's third Paris (785 tons), and sister ship Rouen, were built by the Fairfield Shipbuilding and Engineering Co in 1888. Paris was sold in 1912. William Stroudley was heavily involved in the design of these vessels.