Grace's Guide is the leading source of historical information on industry and manufacturing in Britain. This web publication contains 145,318 pages of information and 230,731 images on early companies, their products and the people who designed and built them. 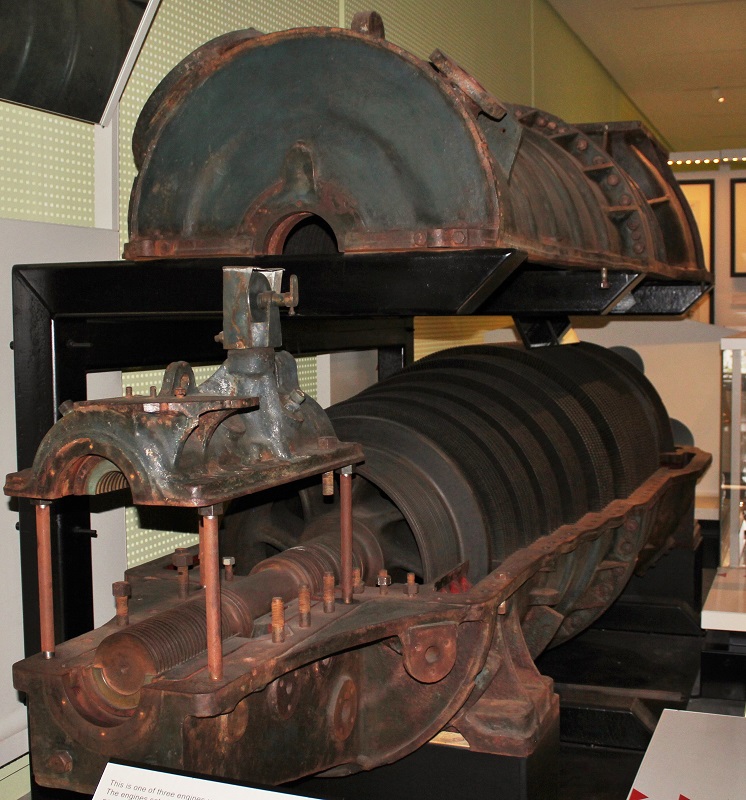 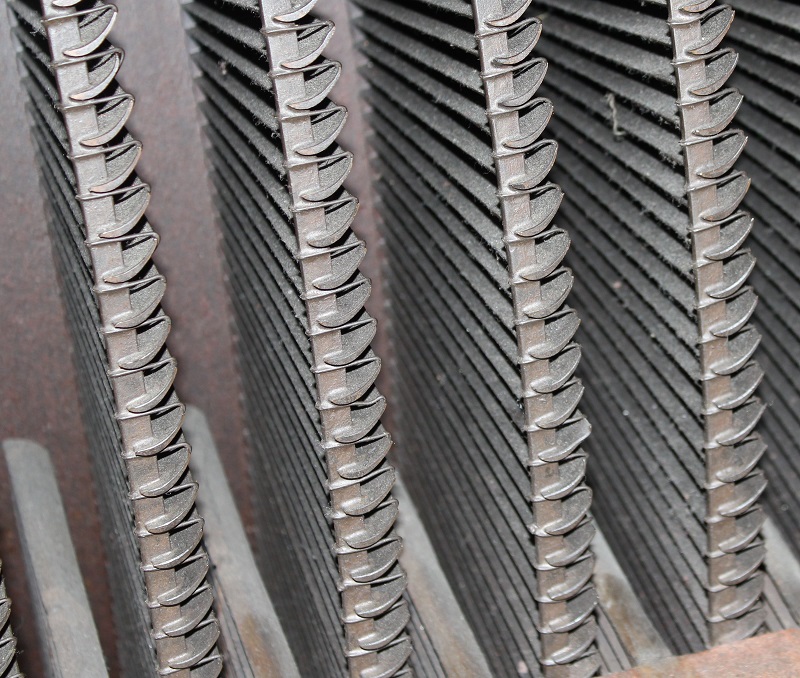 The King Edward was the first merchant ship to be driven by steam turbines.

1901 Built by William Denny and Brothers as an excursion ship for use in pleasure sailings on the Clyde.

The turbines were designed and constructed by Parsons Marine Steam Turbine Co.

One of the three turbines is on display at the Riverside Museum, Glasgow. See photos.

Drawings of the machinery[1] show a central high pressure (HP) turbine flanked by a pair of low pressure (LP) turbines. The exhaust end of the LP turbines is shown with 16 stages of astern blading. The exhaust end pedestal of each LP turbine incorporated a worm and wheel gearbox to drive the air pumps. However, there is no such gearbox on the turbine in the museum, and the astern blading is different, having a three stage velocity-compounded wheel followed by 10 reaction stages. The combination of velocity-compounded impulse and reaction blading had not yet been tried when the turbines were constructed in 1901, indicating that the King Edward's turbines were modified at some point.

Followed by the SS Queen Alexandra