Grace's Guide is the leading source of historical information on industry and manufacturing in Britain. This web publication contains 148,434 pages of information and 233,876 images on early companies, their products and the people who designed and built them. 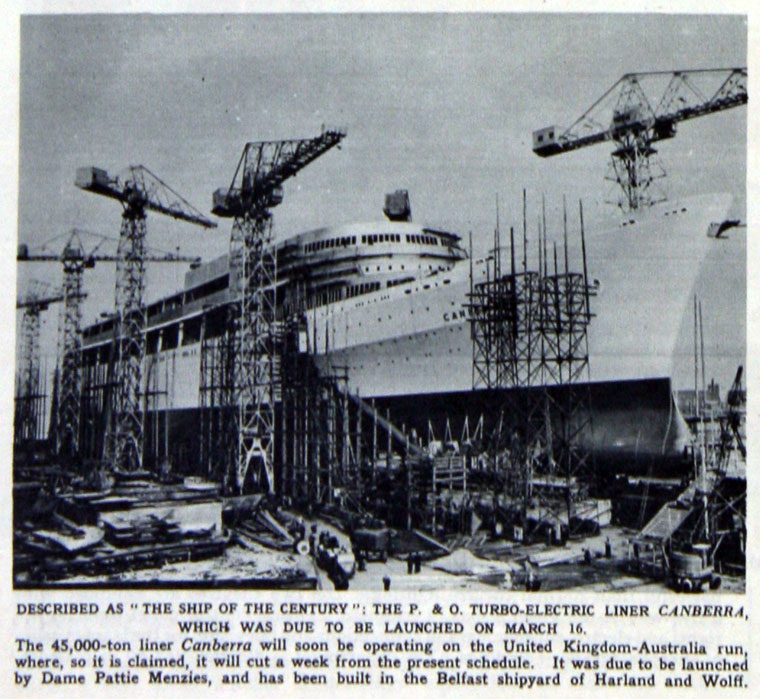 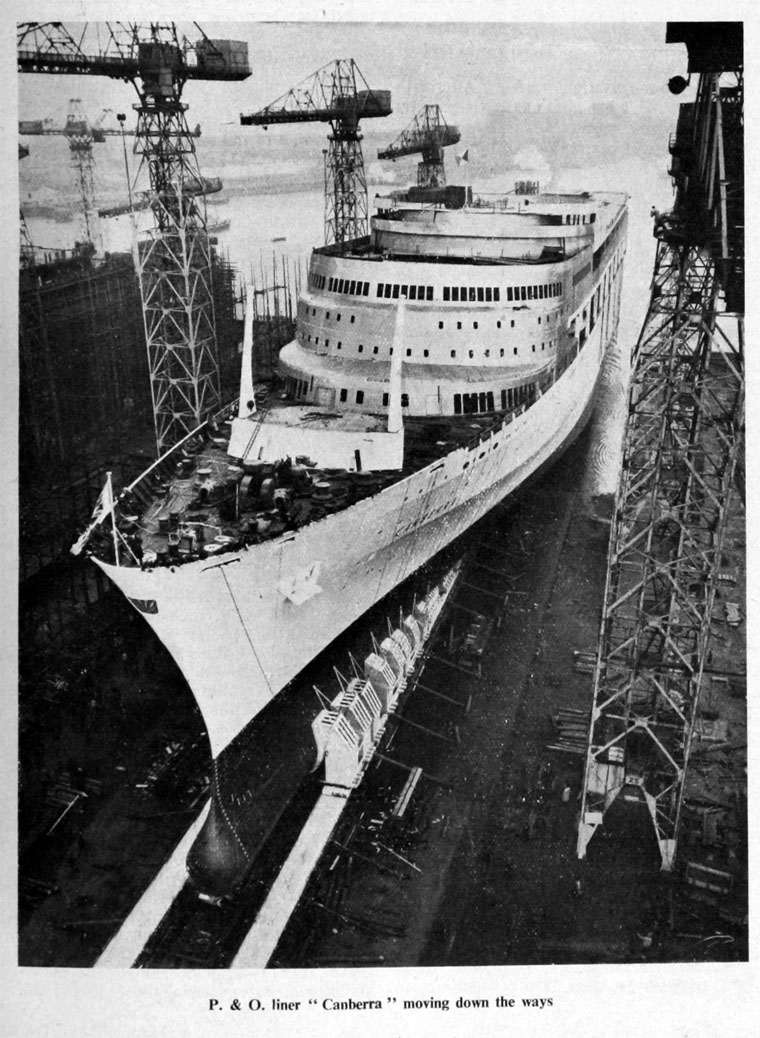 1961. Cricketers' Tavern on port side of the promenade deck.

1961. General view from forward of the William Fawcett Room on the promenade deck.

1961. Looking forward in the first-class restaurant on "E" deck.

1961. looking forward in the Meridian Room on the promenade deck showing the spiral staircase which rises to the crow's nest. 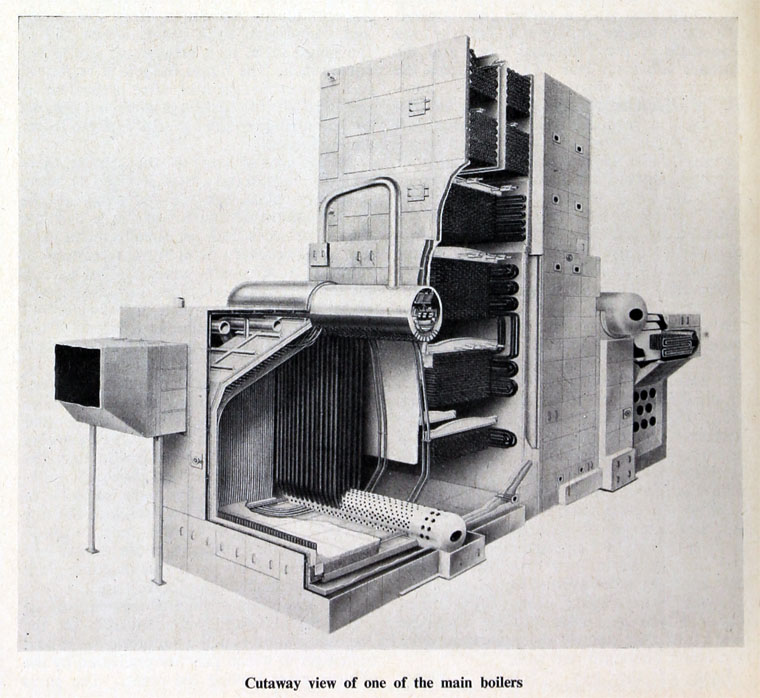 Owned by the P&O Co, the SS Canberra was an ocean liner operational on cruises from 1961 to 1997. She was built at the Harland and Wolff shipyard in Belfast at a cost of £17,000,000. The ship was named on 17 March 1958, after the federal capital of Australia, Canberra. She was launched on 16 March 1960, sponsored by Dame Pattie Menzies, GBE, wife of the then Prime Minister of Australia. She entered service in May 1961, and took her maiden voyage starting in June.

During the 1982 Falklands War, she served as a troop ship. Nicknamed the Great White Whale, the Canberra proved vital in transporting the Parachute Regiment and Royal Marines to the islands more than 9,000 nautical miles (17,000 km) from the UK.

A remarkable feature of the ships design was the turbo-electric propulsion system. Instead of being mechanically coupled to her propeller shafts, the steam turbines drove large electric alternators which provided power to electric motors which drove the vessel's twin propellers. They were the most powerful steam turbo-electric units ever installed in a passenger ship; at 42,500 hp (31,700 kW) per shaft, they surpassed SS Normandie's 40,000 hp (30,000 kW) on each of her four shafts. This would give her a speed of about 27.25 knots (50.47 km/h). She also had a bow propeller for maneuvering in port and docking maneuvers. She was also the first British passenger liner to use alternating current as power.

After a lengthy refit, Canberra returned to civilian service as a cruise ship. Her role in the Falklands War made her very popular with the British public, but age and high running costs eventually caught up with her. She had a much higher fuel consumption than most modern cruise ships, so she was decommissioned in September 1997 and sent for scrapping.