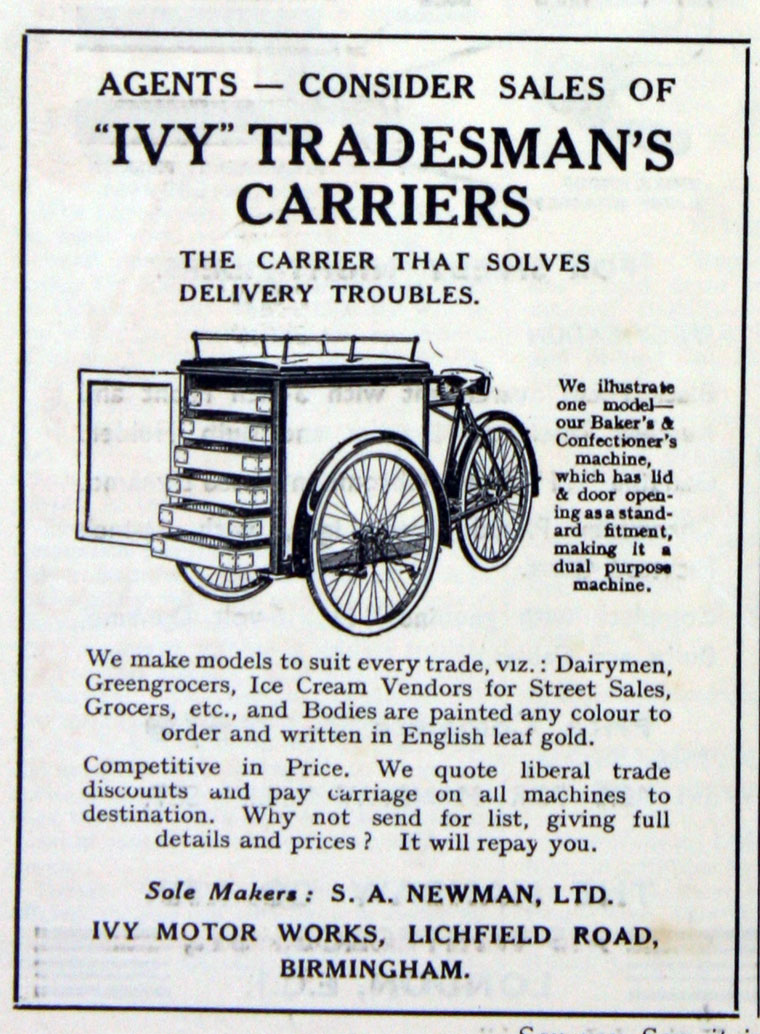 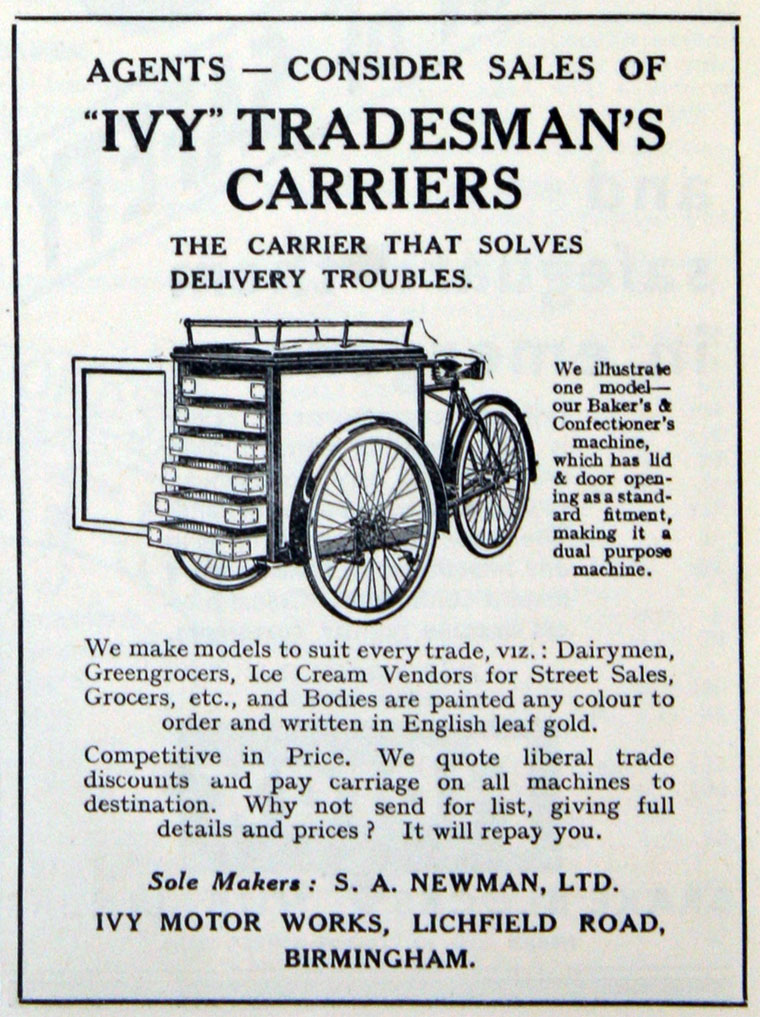 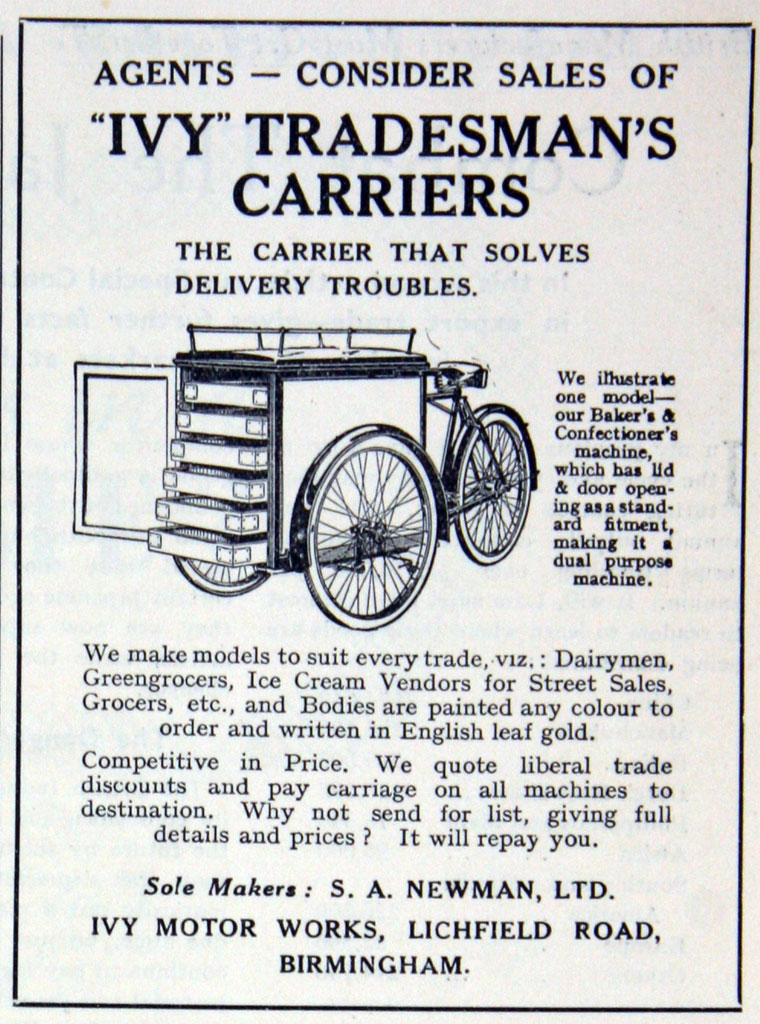 Ivy were motorcycles produced from 1910 to 1931 by S. A. Newman of Aston Cross, Birmingham.

1910 The make was first listed late that year. The model had a 3.5 Precision engine, belt drive and sprung forks. Over the next few years it was joined by other singles and V-twins.

1913 Newman was a regular competitor in the TT, and that year gained third place in the Junior.

Post-war, they appeared again with 225cc and 349cc two-stroke models. Gradually they were given more speeds and all-chain drive.

1925 The company concentrated mainly on the four-stroke, although the 225cc two-stroke continued. One model had ohv.

1928 The firm produced a two-model range of the Popular. This was probably because the company had over-extended itself financially.