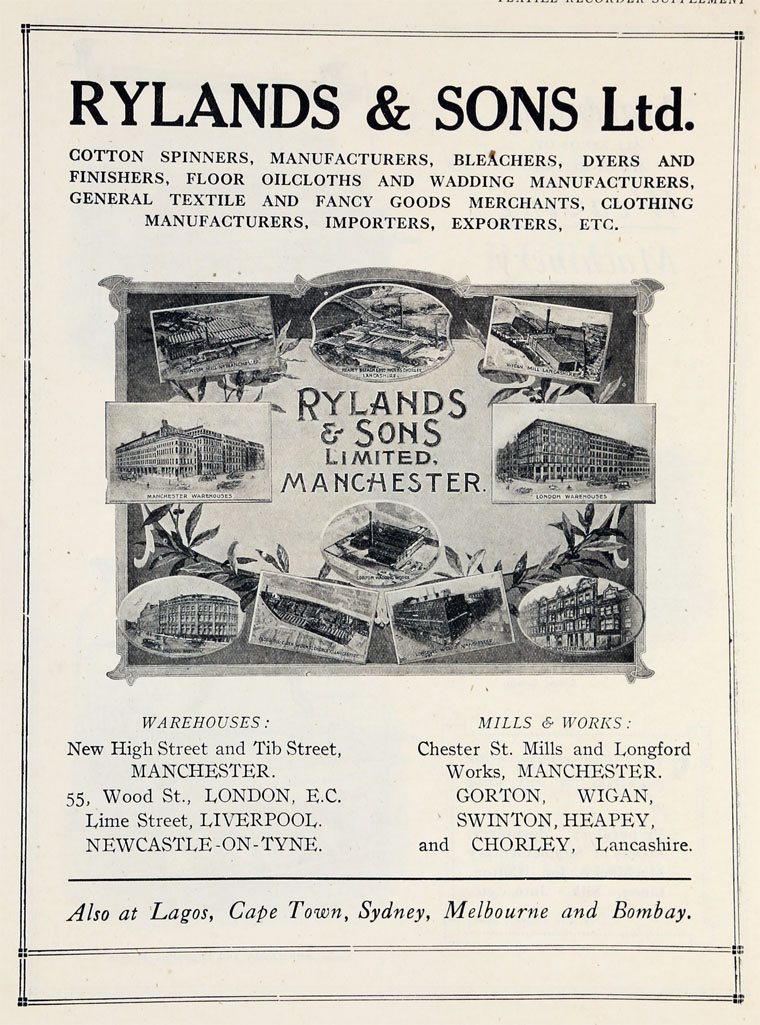 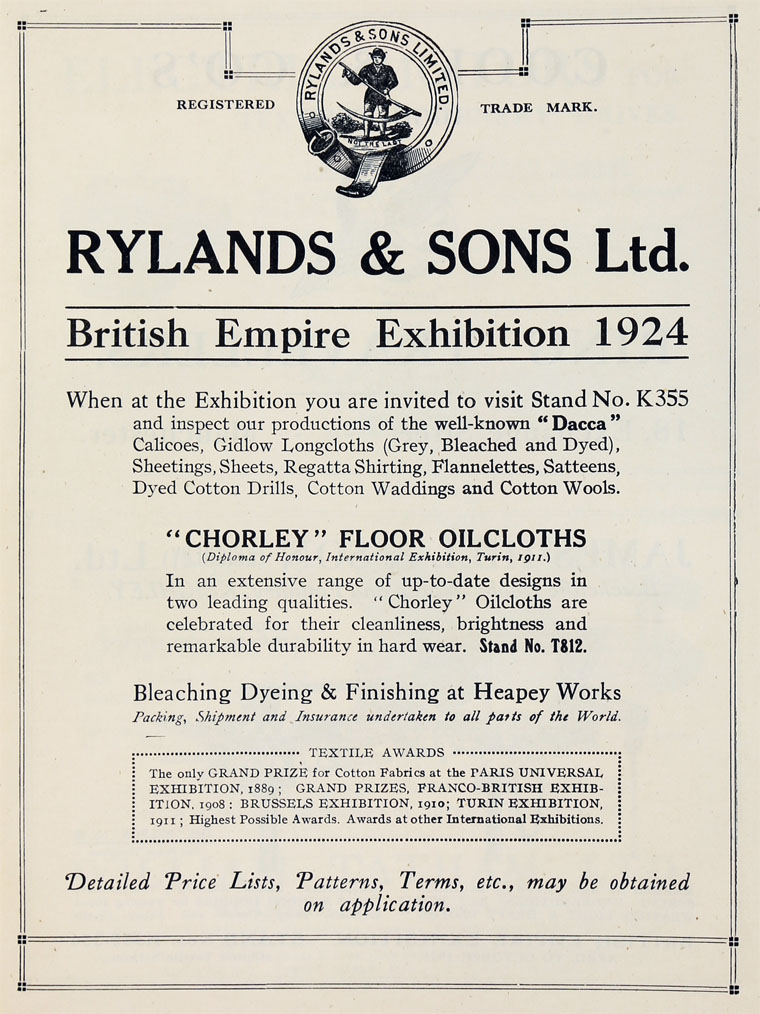 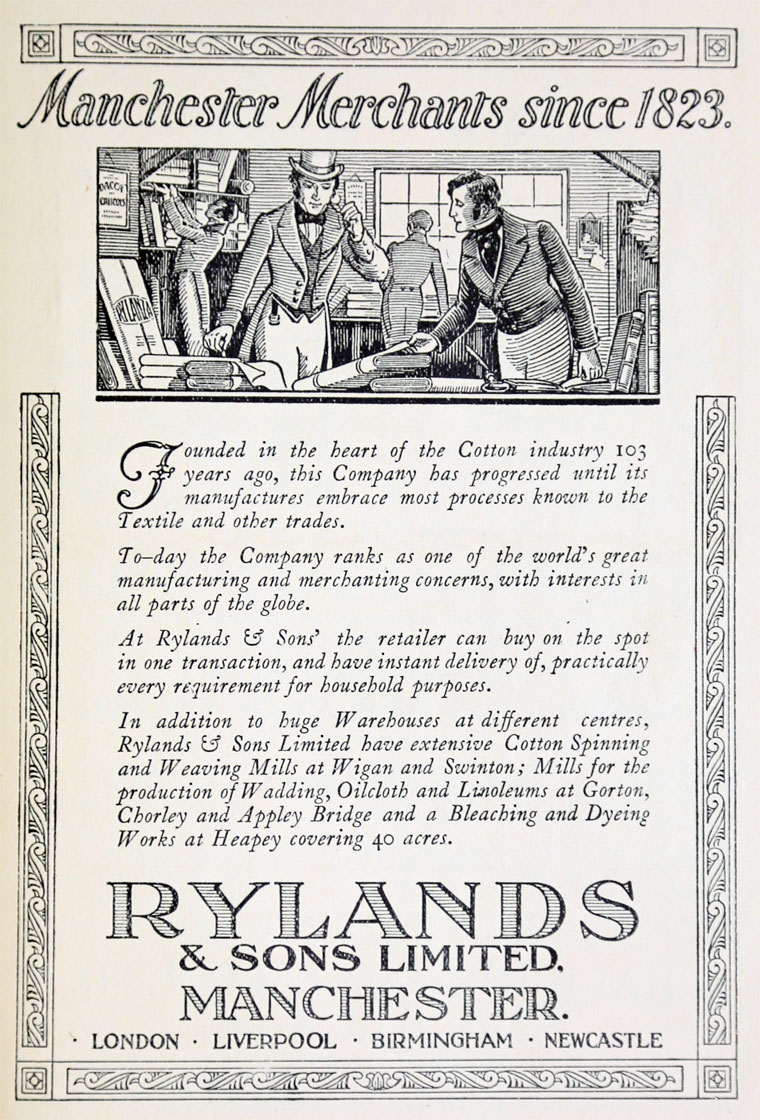 1873 The company was registered on 25 October, to take over the business of the firm of the name as manufacturers and general warehousemen. [1]

1880s Reported to have built a few steam locomotives.[2]

Note: Manchester's impressive John Rylands Library, which opened to the public in 1900, was founded by Enriqueta Augustina Rylands in memory of her husband, John Rylands [4]