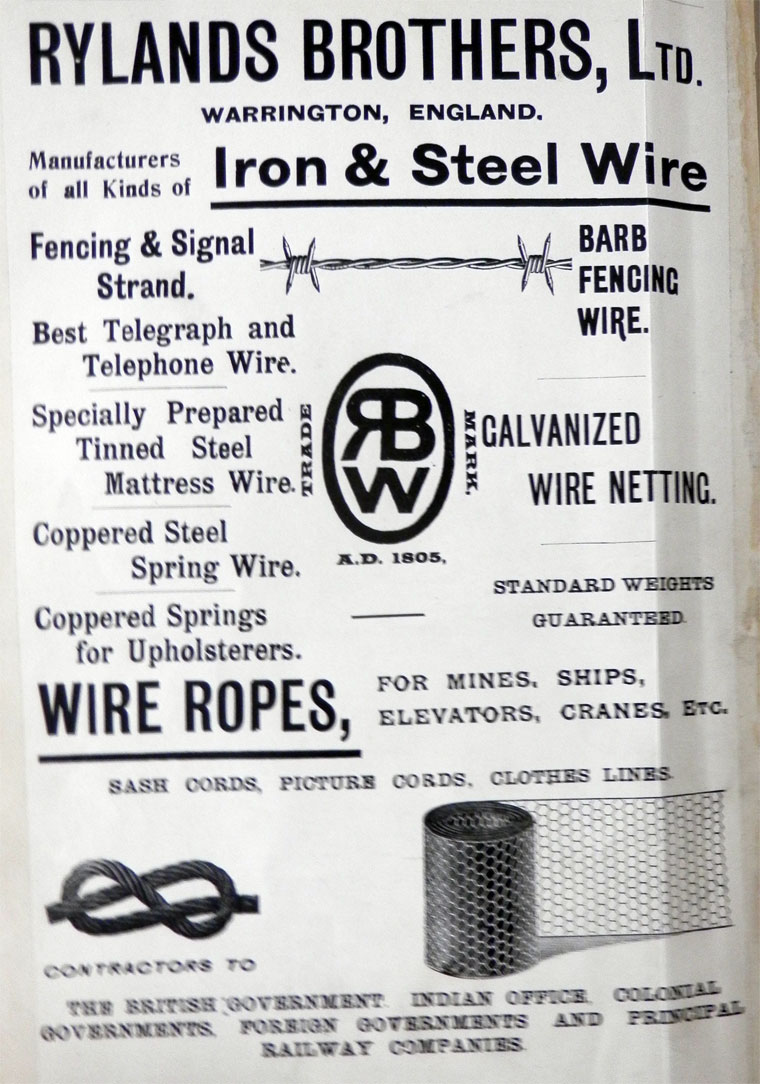 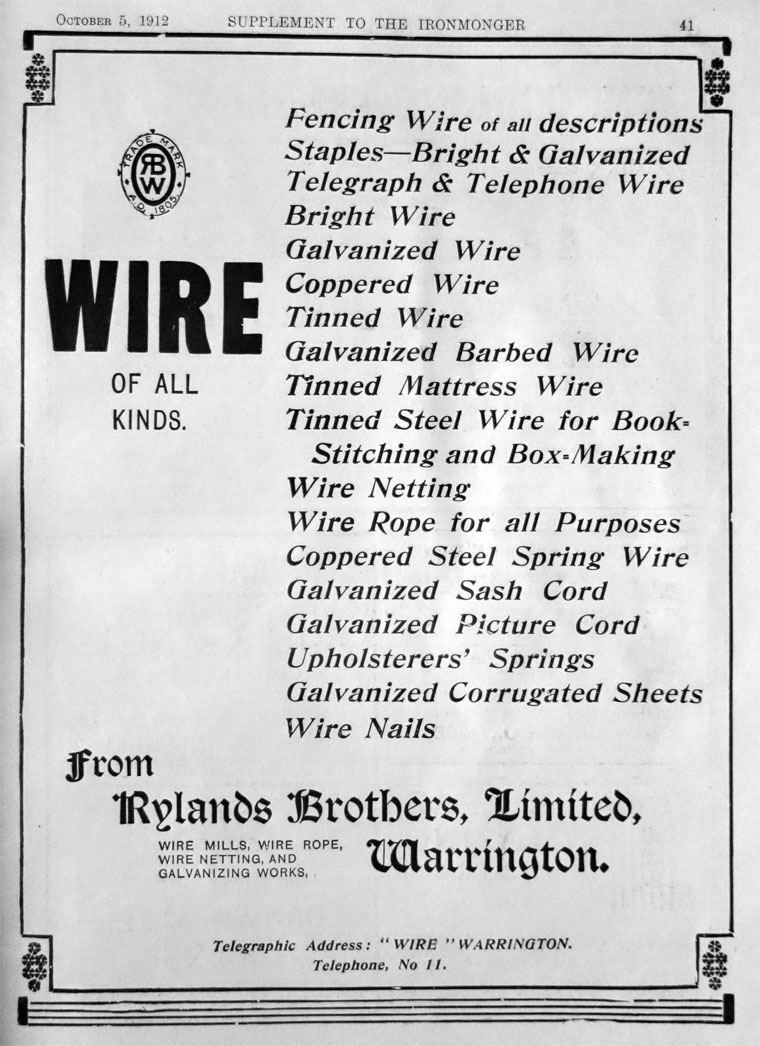 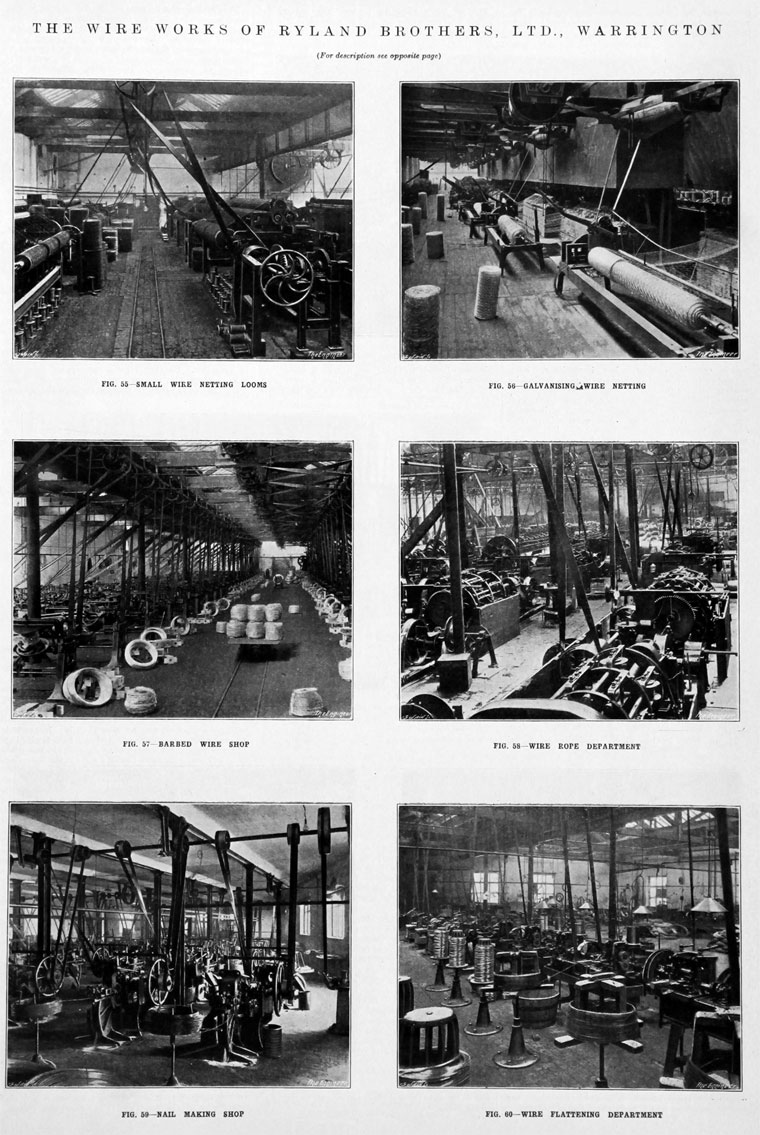 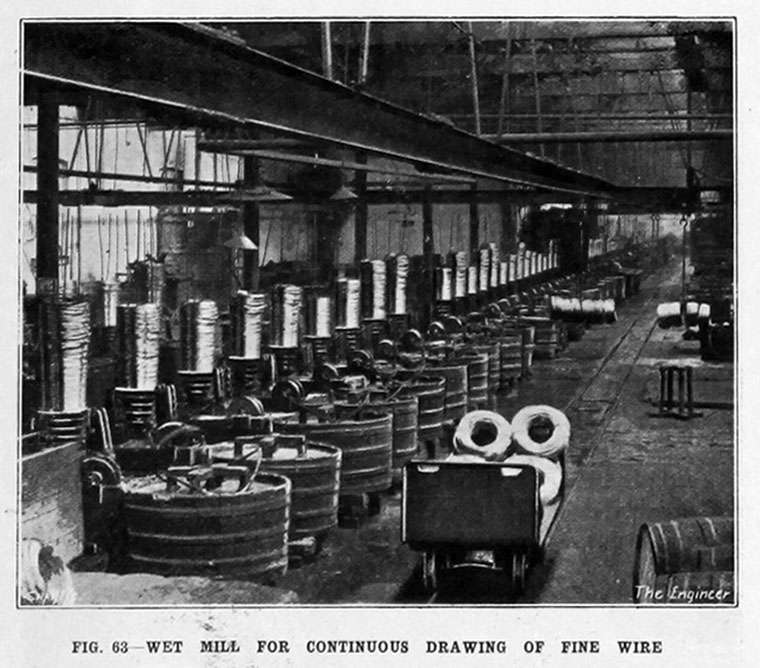 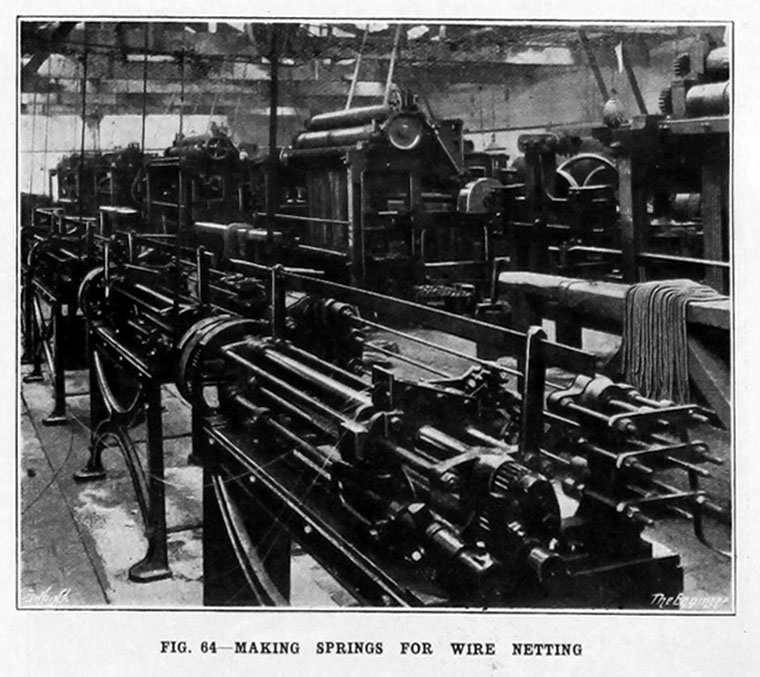 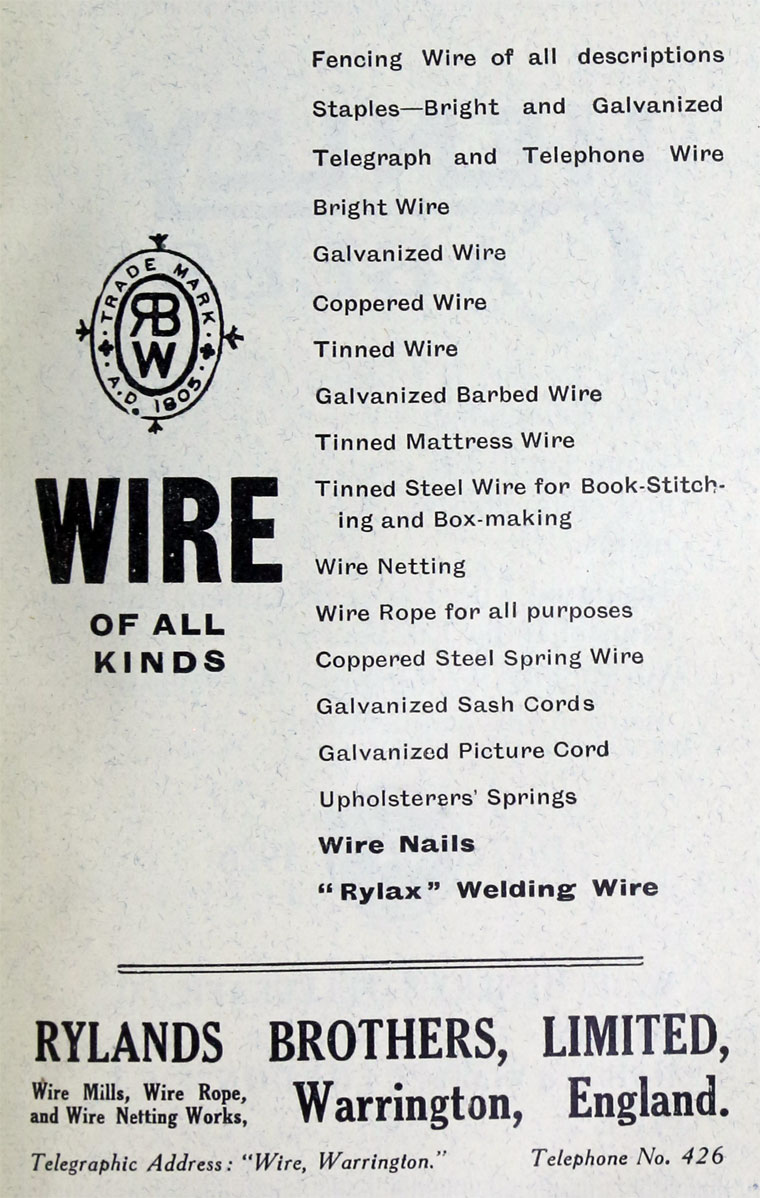 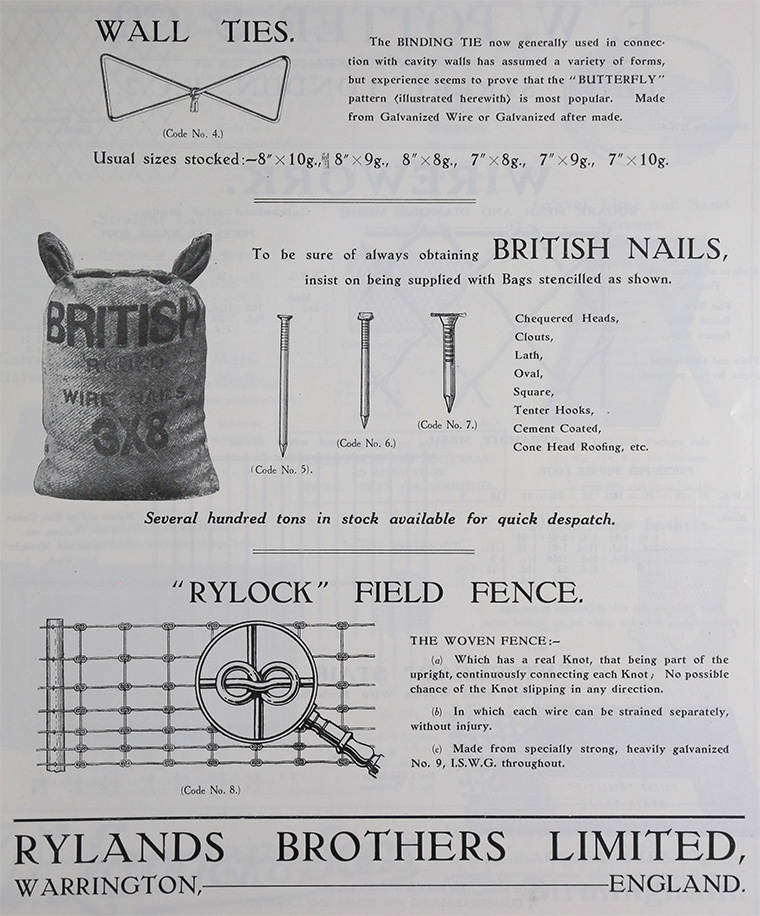 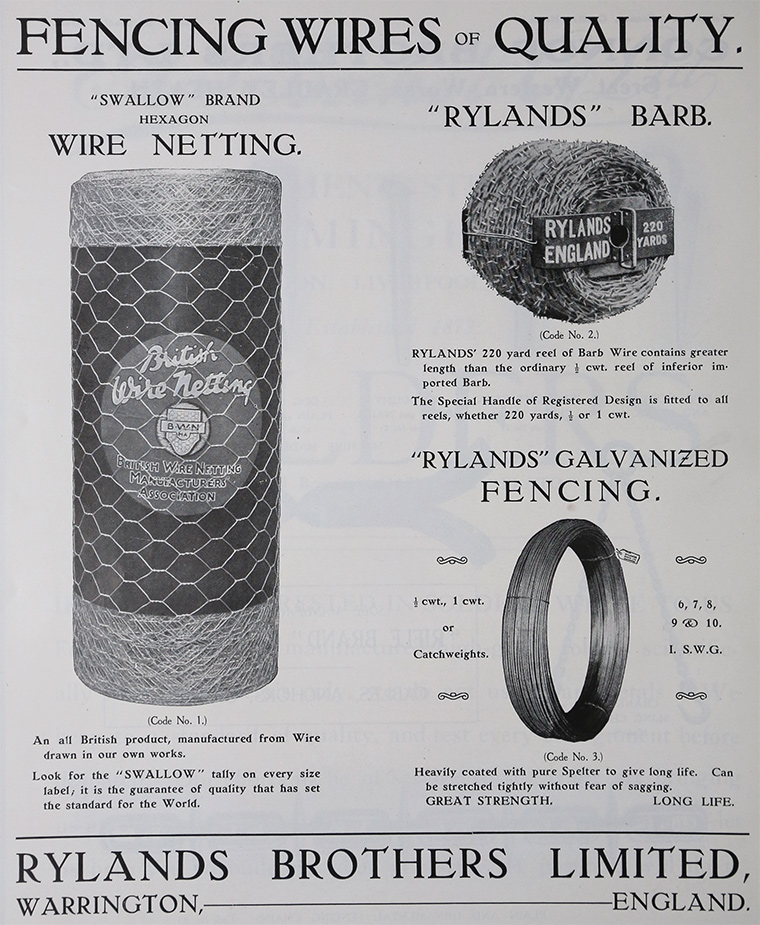 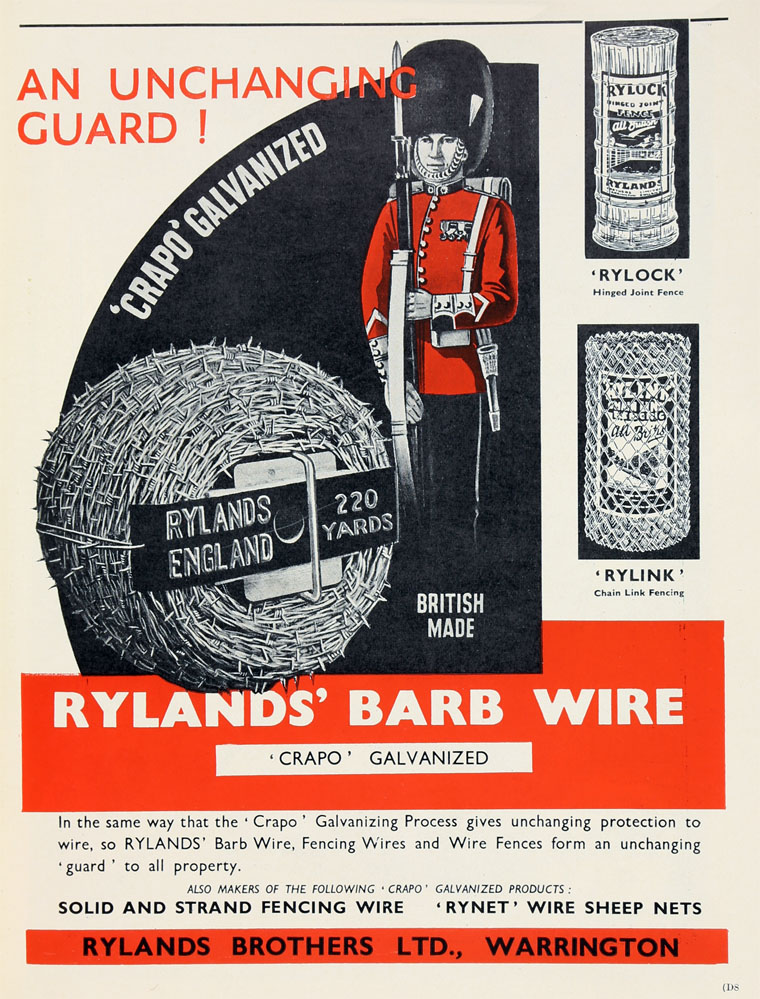 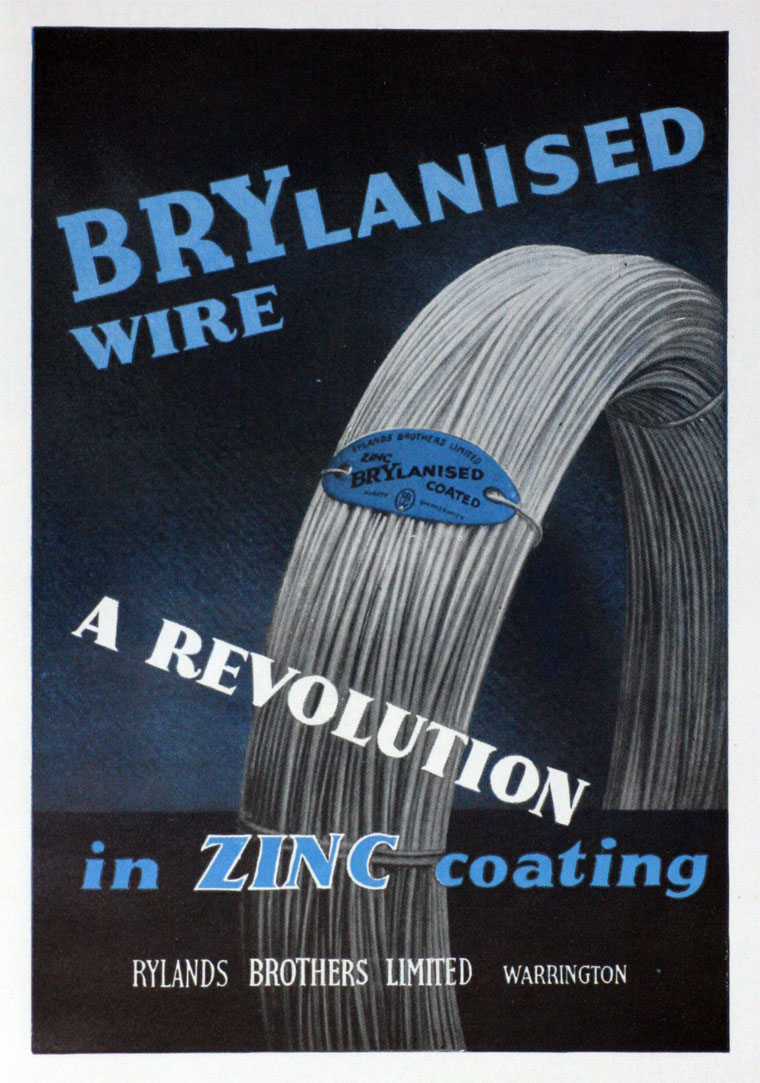 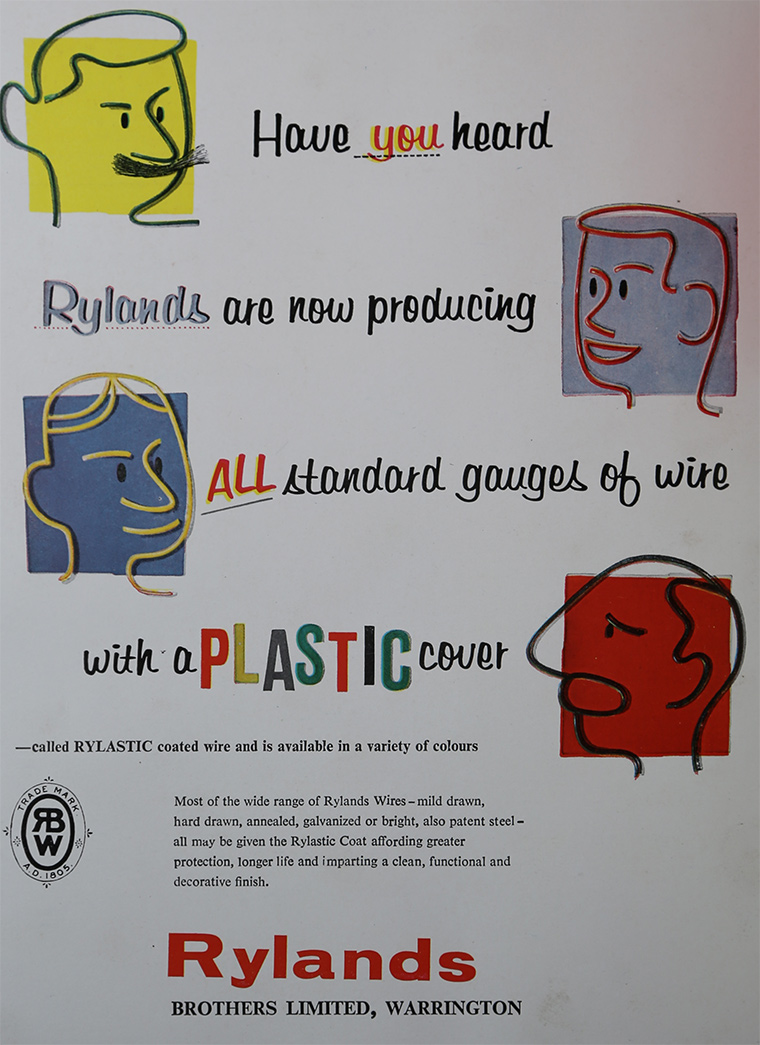 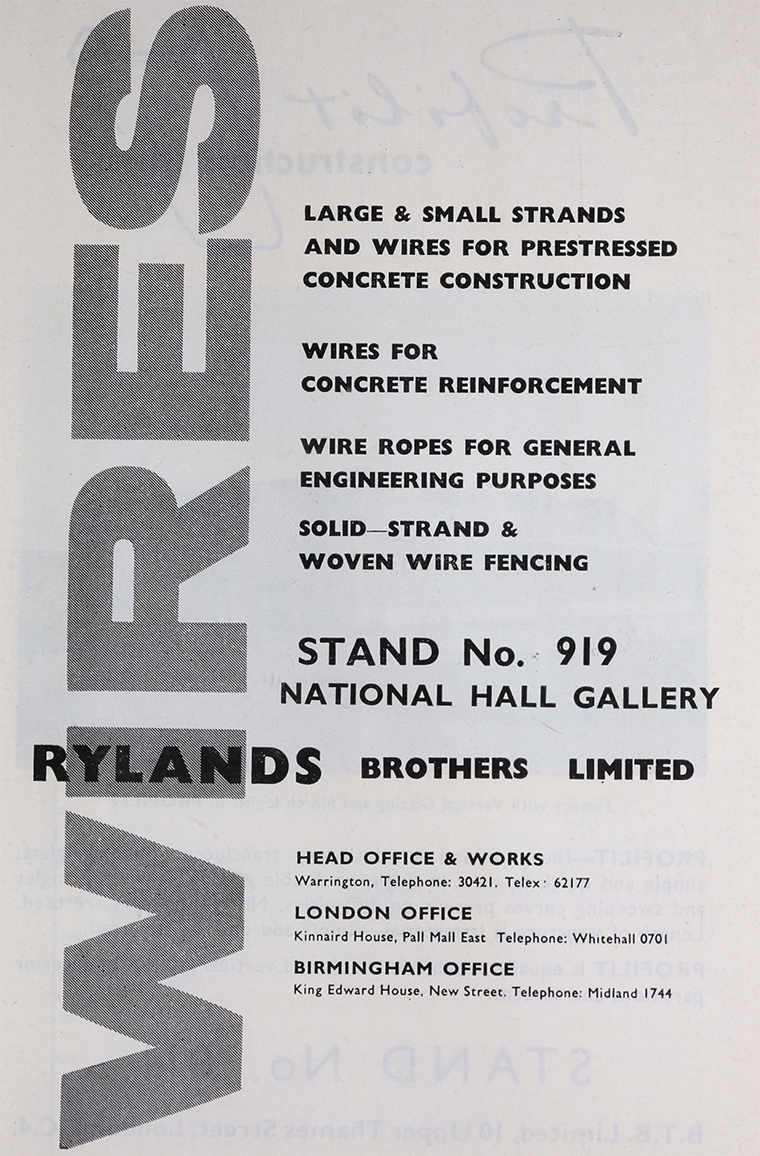 1868 Incorporated as a limited company.

1930 As a result of the amalgamation of the Pearson and Knowles group of companies with the Wigan Coal and Iron Co, 2 new companies were formed to hold the coal and steel interests separately. The iron and steel business, the Lancashire Steel Corporation, would hold the interests in Rylands Brothers[3].

1967 Nationalisation of Lancashire Steel which became part of British Steel

1973 British Steel sold its carbon- and mild-steel wire-making activities at Warrington (Rylands and Whitecross) and at Middlesbrough (Dorman Long) into a new company Rylands-Whitecross, jointly owned by Tinsley Wire Industries and British Ropes[6]

The company is now a subsidiary of Carrington Wire.