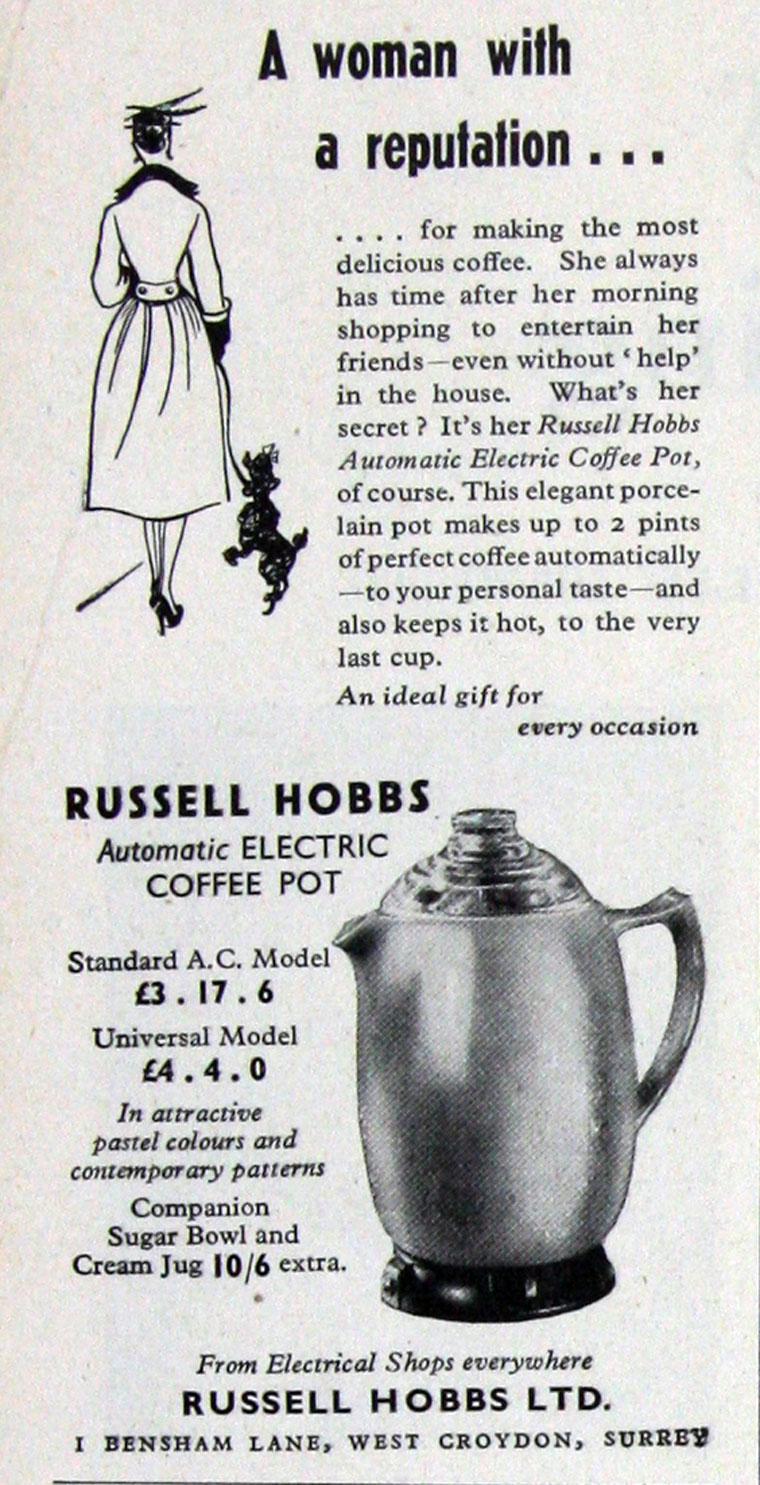 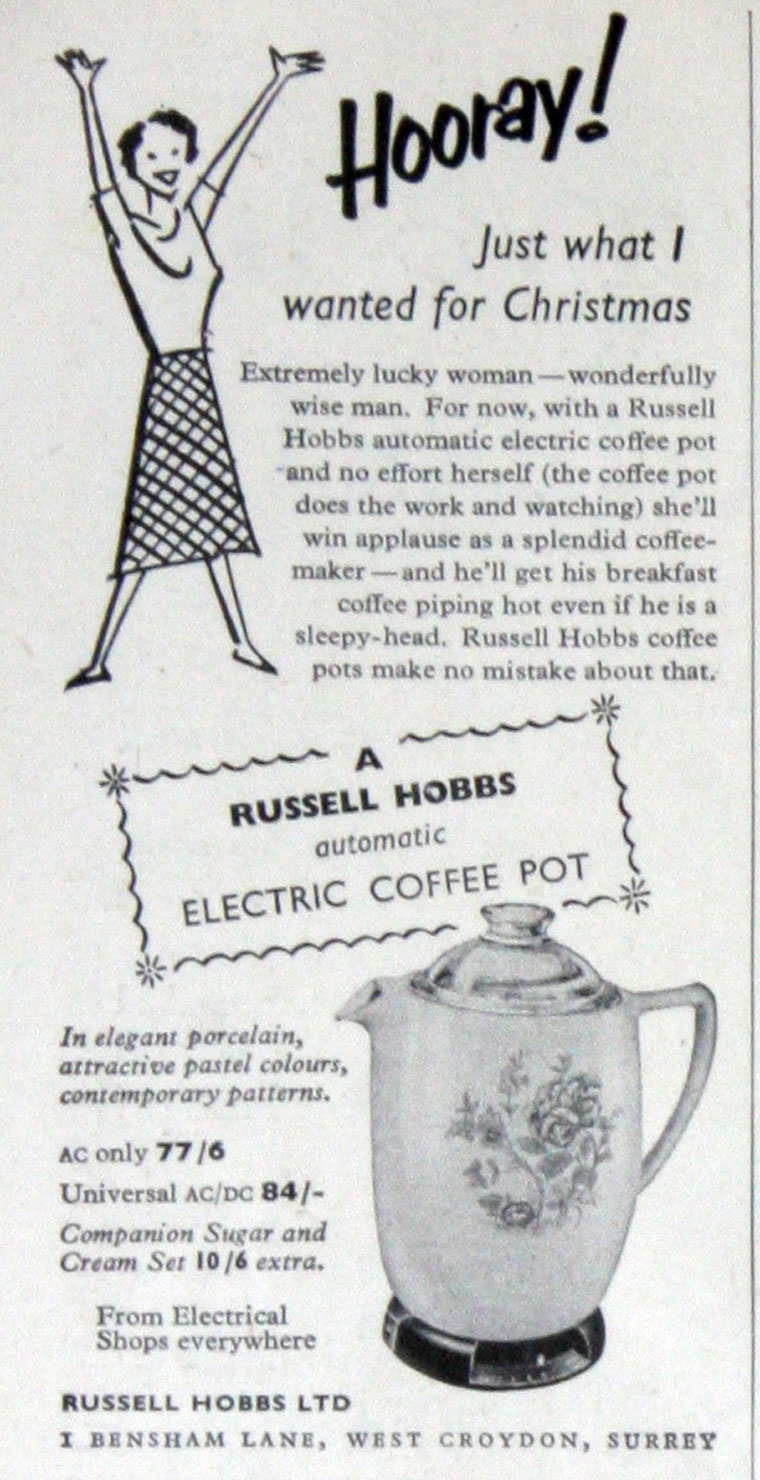 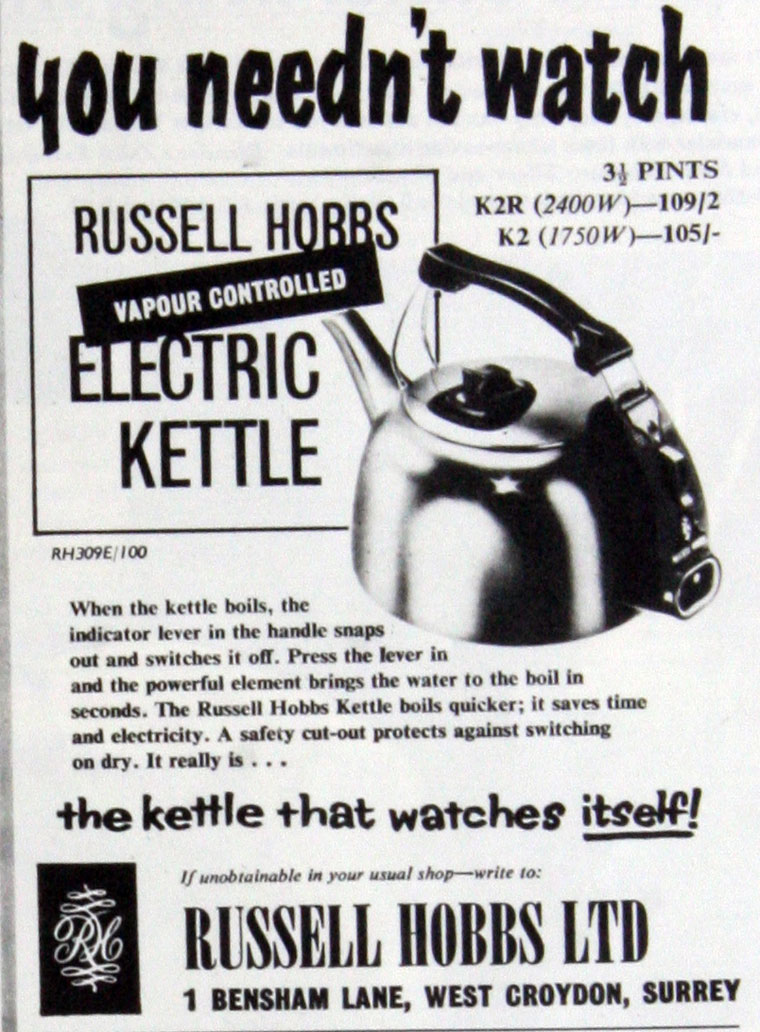 After working with REME in World War II and leaving in 1947 as a Major, Bill Russell (1920-2006) joined the home appliance manufacturer Morphy-Richards and helped to design the pop-up toaster, the electric iron and the hairdryer.

Peter Hobbs also worked for Morphy-Richards, as manager of the South African division of the company. He had returned to the UK, and worked for another company, where he was trying to invent a coffee percolator, with reference to a German patent.

In 1952, they invented the world's first automatic coffee percolator, the CP1, with Russell's ingenuity and started the Russell Hobbs company in Croydon. Russell was in charge of product development, and Hobbs was the sales director. Manufacturing tools were made out of Meccano. Russell's de facto ultimate safety test for any new product was to pour half a pint of boiling gravy on it. The company was in profit from day one.

1955 The automatic electric kettle K1, invented in October 1955, used a bi-metallic strip at the rear of the kettle which caused steam to be forced through an aperture in the lid of the strip and this knocked the switch, turning the kettle off.

Production was moved to Wombourne in Staffordshire, where it was shared with Creda and to Blythe Bridge, in a former aircraft factory now owned by Indesit.