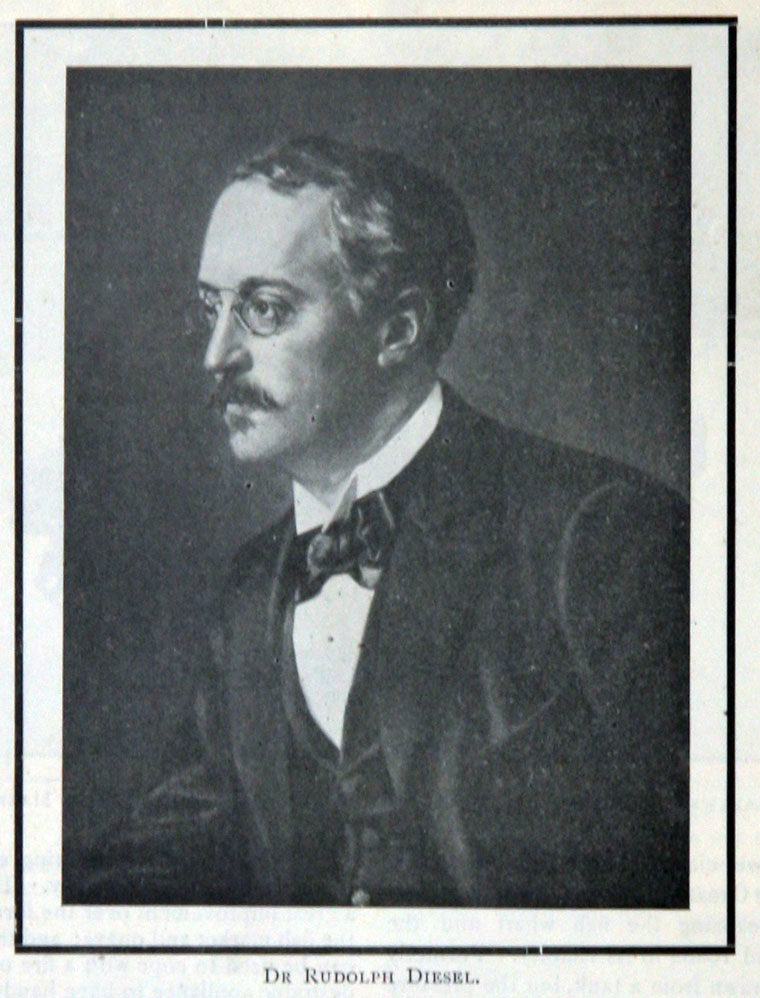 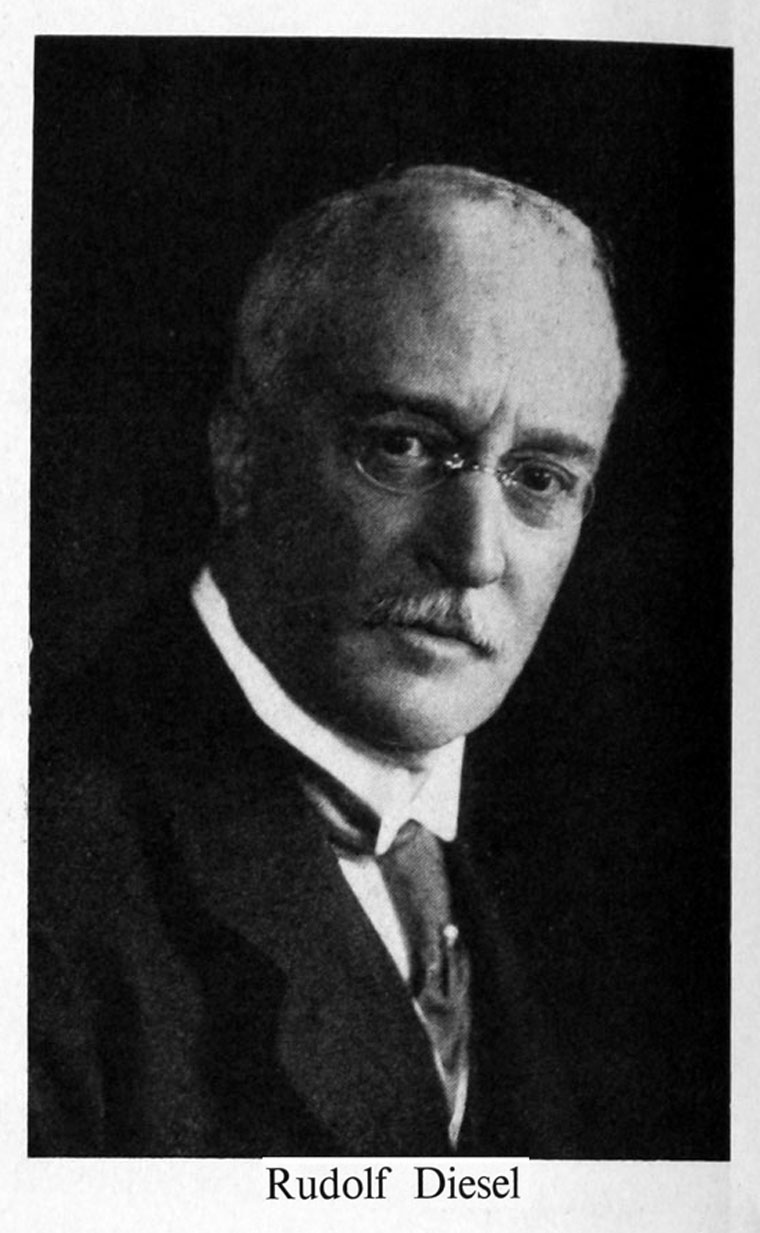 Dr. Rudolph Diesel (1858-1913) was an engineer and inventor. He invented the Diesel engine.

He was born of German parents in Paris in March 1858 and was educated in Paris. When the war of 1870 broke out his parents went to England, but sent Rudolph to Augsburg for schooling. He then attended the Munich Technical College, where he graduated in 1879. He became assistant to Professor von Linde, and then spent a short time in practical work at Messrs Sulzer Brothers. When he left he was appointed manager of the French Co for the manufacture in Paris of the Von Linde refrigerating machinery.

In 1903 the first diesel engine for ship propulsion was built in France by Messrs Brochet and Frédéric Dyckhoff, in conjunction with Dr. Diesel. [Presumably at the Bar-le-Duc works of Société Française des Moteurs Diesel]. This was a 20 hp engine having two pistons working in opposite directions in one cylinder, on the four stroke cycle. It was used for propelling a canal boat. This engine was followed by others constructed by Messrs Sautter, Harle and Co, Paris, for propelling submarine boats.These engines developed several hundred horse-power.

His last movements were leaving Antwerp on 29th September on board the steamer Dresden to go to London to attend the annual meeting of the Consolidated Diesel Engine Manufacturers (Limited). Mr Diesel was accompanied by Mr George Carels, of Ghent, and Mr Luckman, chief engineer of Carels' firm. His body was found two weeks later, and it was suspected suicide, due to his personal affairs being in a very involved state. His liabilities exceeded his assets by £60,000, the loss being due to unfortunate speculations.[1]

"...The word "diesel" has become so familiar in all languages and industries that it may surprise some of the younger among us who regard it merely as a name for an oil engine to read how its current use originates in an event which took place on March 18, 1858, the date on which there was born in Paris (Rue Notre-Dame de Nazareth, 38) Rudolf Diesel, son of Theodor Diesel a maker of leather goods..." Read more