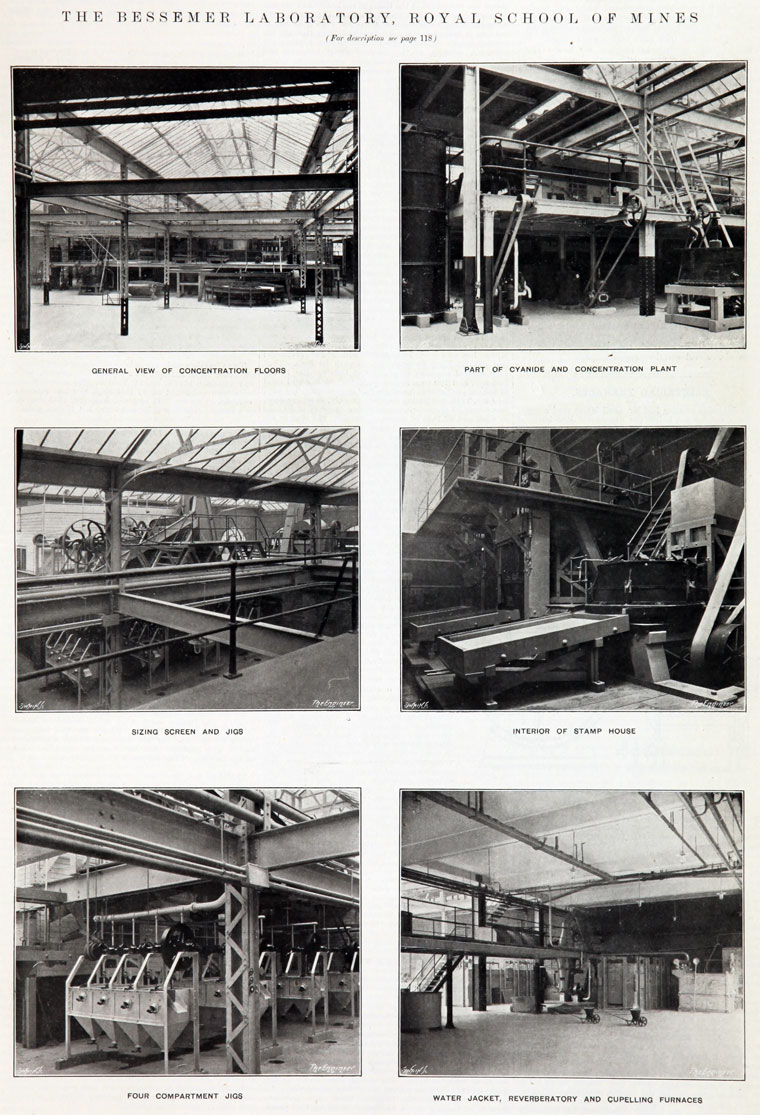 1841 The Museum of Economic Geology, a collection of minerals, maps and mining equipment made by Sir Henry de la Beche, opened in 1841. The Museum also provided some student places for the study of mineralogy and metallurgy. Sir Henry was the director of the Geological Survey of Great Britain; when the collections outgrew the premises, the Museum and the Survey were placed on an official footing, with Government assistance.

1851 The Museum of Practical Geology and the Government School of Mines and Science applied to the Arts opened in a purpose-designed building in Jermyn Street. The officers of the Geological Survey became the lecturers and professors of the School of Mines.

1853 The Royal College of Chemistry was merged into it.

1863 The name was changed to the Royal School of Mines

1872 The school was moved to South Kensington, leaving the Museum of Practical Geology in Jermyn Street.

1907 the RSM was incorporated into Imperial College of Science and Technology, but remains a "Constituent College" of Imperial. The last Dean of the Royal School of Mines was Professor John Monhemius before the position was removed.

Today, the RSM no longer exists as an academic entity. The RSM is both the building in which the departments are housed, and the student body that organises social events, sports teams, clubs and societies for students within those departments.