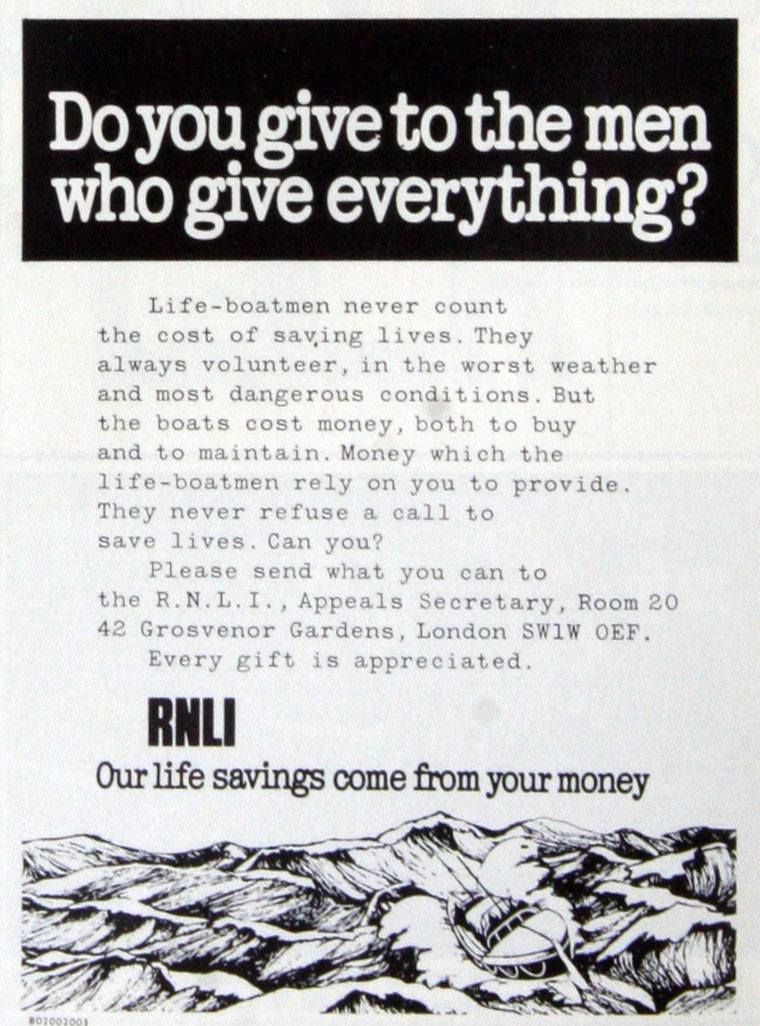 1822 Sir William Hillary, having witnessed shipwrecks off the Isle of Man where he lived, became involved in the question of safety and life-saving at sea.

1823 Hillary issued an appeal on the humanity and policy of forming a national institution for the preservation of lives and property from shipwreck, which he dedicated to George IV. The proposal was supported by George Hibbert and by Thomas Wilson

1824 A public meeting was held and as a result the Royal National Institution for the Preservation of Life from Shipwreck was founded, with the earl of Liverpool as first president. The movement attracted the approval of the king, the royal dukes, and William Wilberforce, the archbishop of York.[1]

The Duke of Northumberland financed a competition for a standard design of a lifeboat. The winner was William Plenty, of Newbury, Berkshire.

The early lifeboats were rowing boats, between 18 and 26 feet in length and were powered by between 4 and 10 oars. They had cork in their hull and shaped air-cases fore and aft. Their double-ended designs could operate a rudder from either end, so there was no need to turn.

1834 Admiral Algernon Percy (later 4th Duke of Northumberland), became the president of the Royal National Institution for the Preservation of Life from Shipwreck

1851 The Duke of Northumberland offered a prize of £200 for a new design of self-righting lifeboat, which was won by James Beeching - this became the standard model for the fleet.