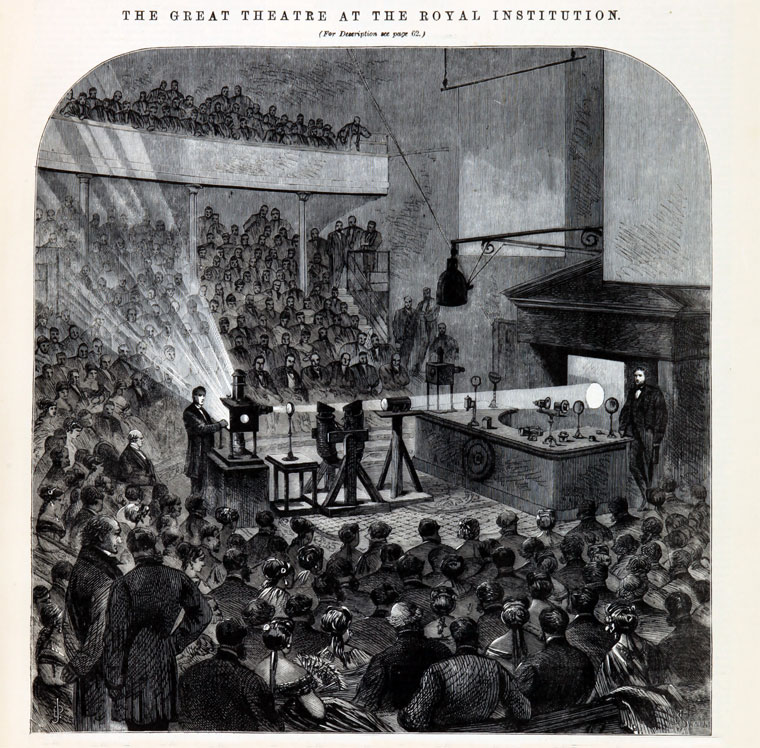 1799 The first meeting for the founding of the Royal Institution of which there is any record was held in 1799, at the house of Sir Joseph Banks. [1]

The first meeting of the proprietors was held on the 20th April, 1799, and in the following June they took possession of some houses in Albemarle Street, London, to be used for the purposes of the Institution.

1800 The rooms were opened and the lectures began in March, 1800. At this time the Royal Institution had 248 proprietors, 259 life subscribers, 297 annual subscribers, and ninety-seven ladies.[2]

Article Published in The Engineer in 1869

The Engineer published a series of four articles on the History of the Royal Institution: