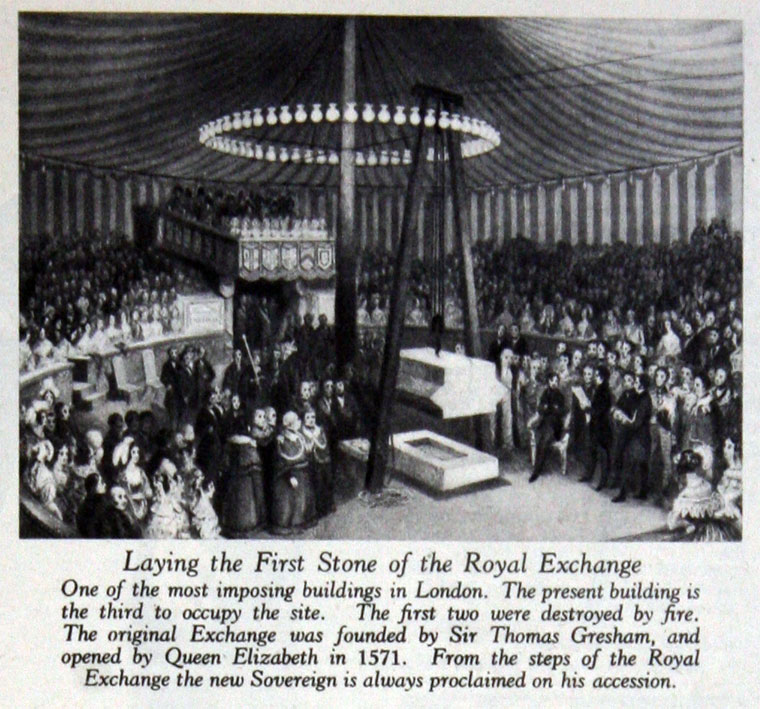 This is the building of the third Royal Exchange. The first two were destroyed by fire. The first was built in 1571 by Thomas Gresham. 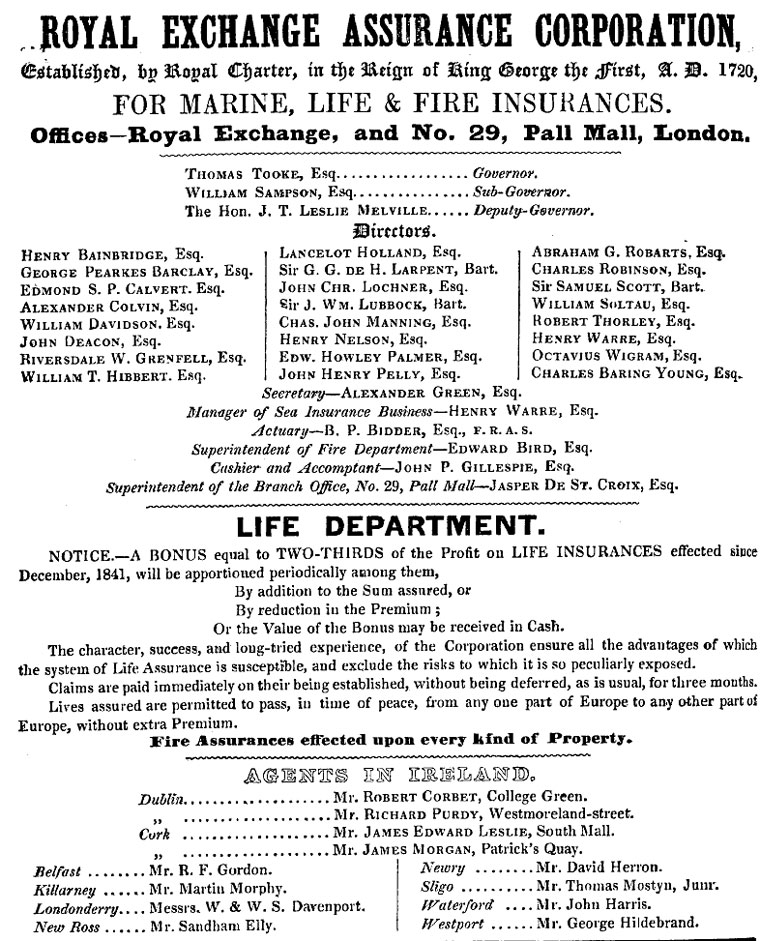 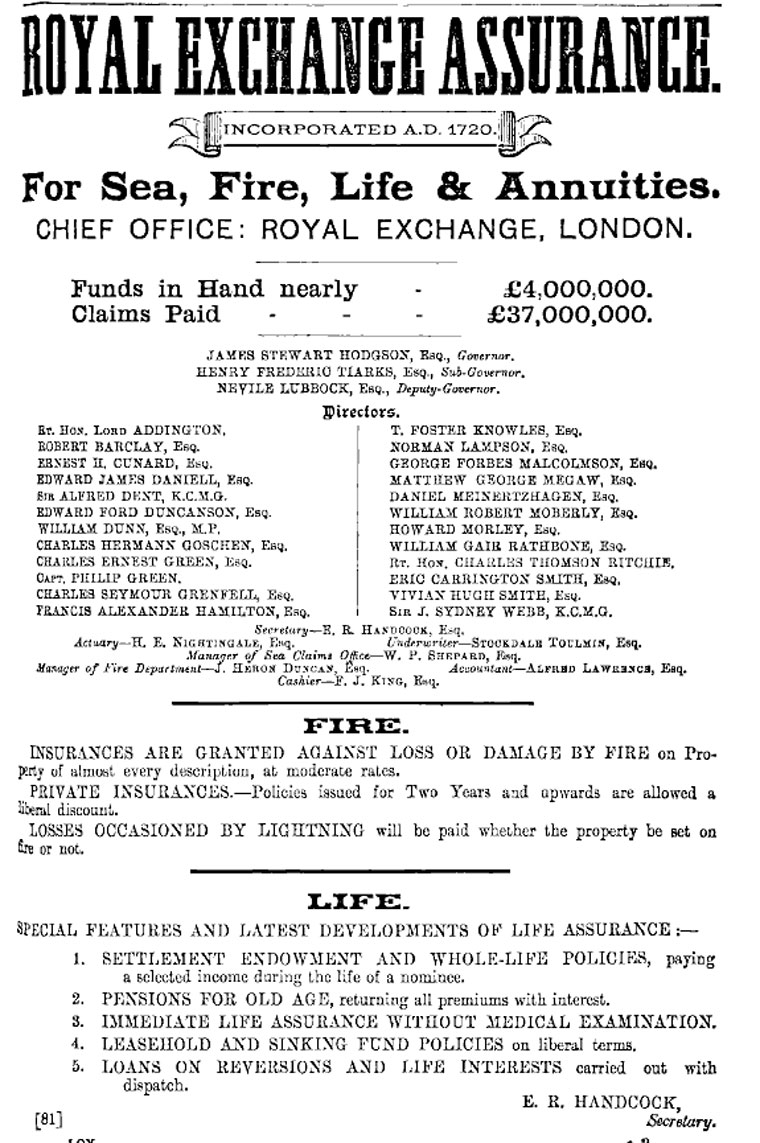 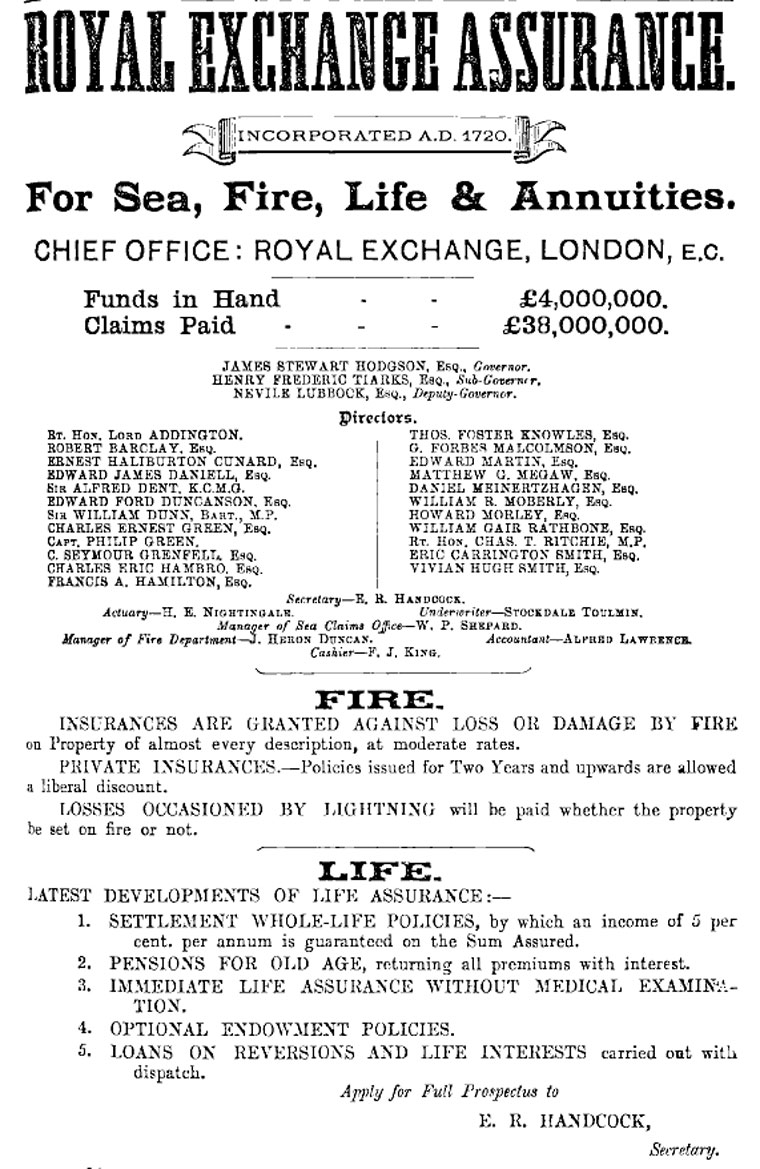 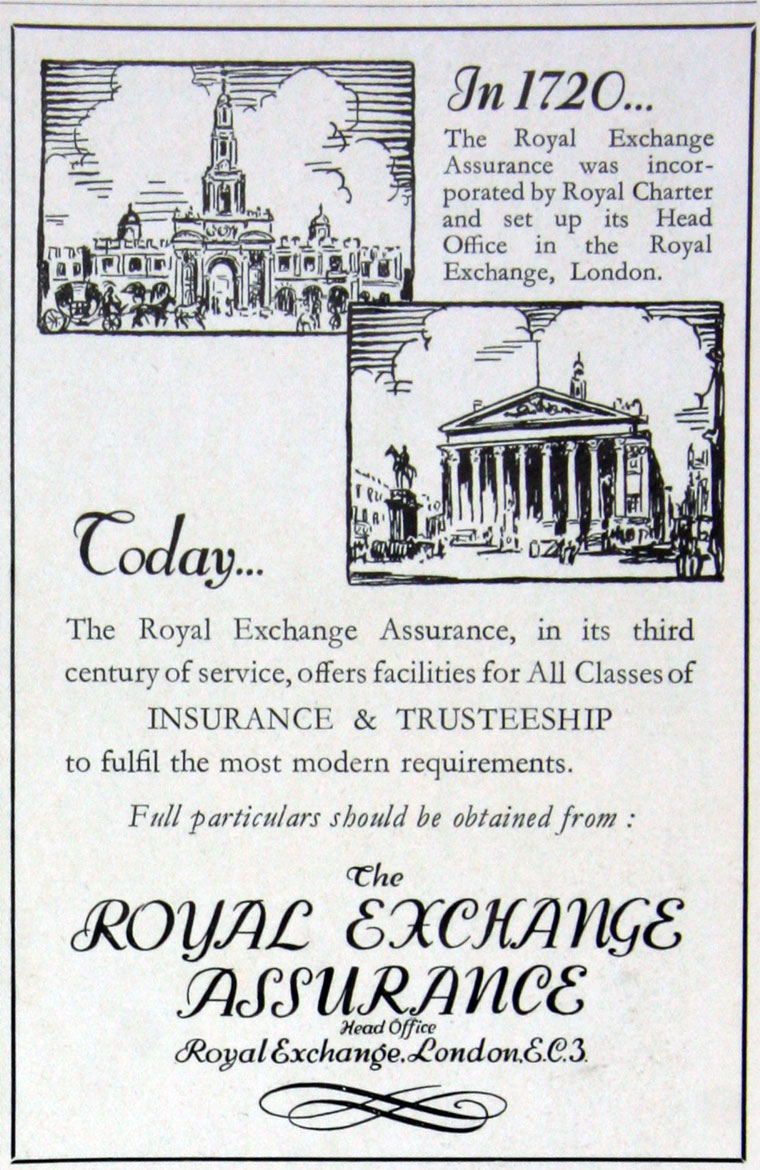 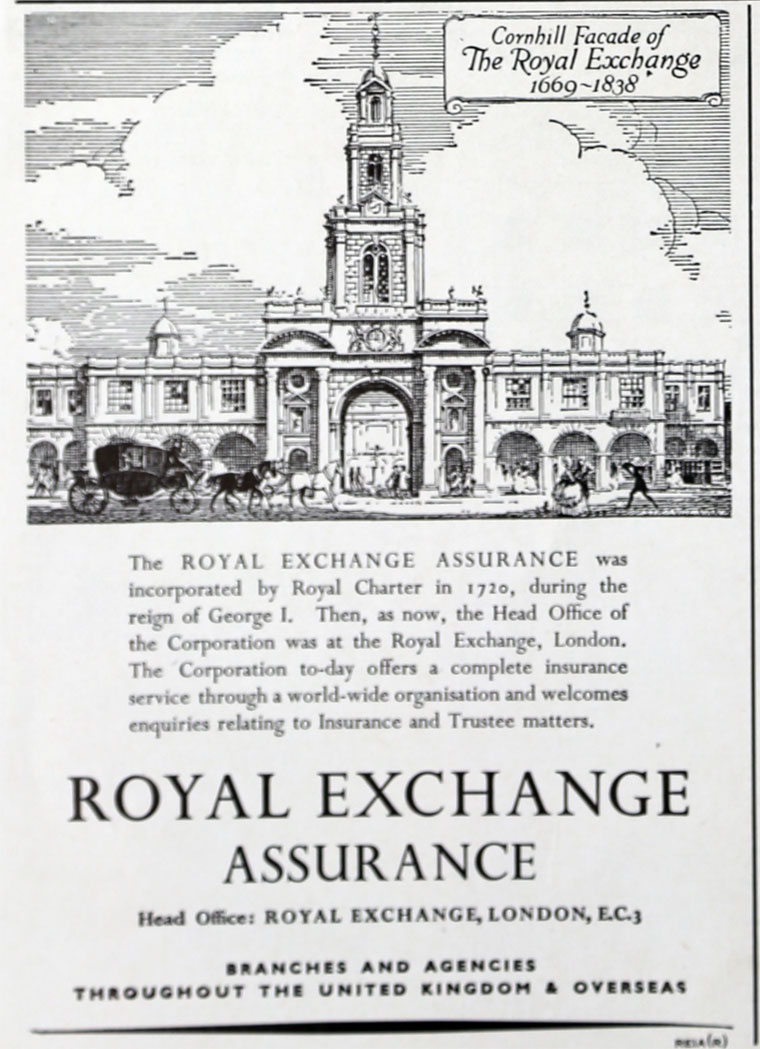 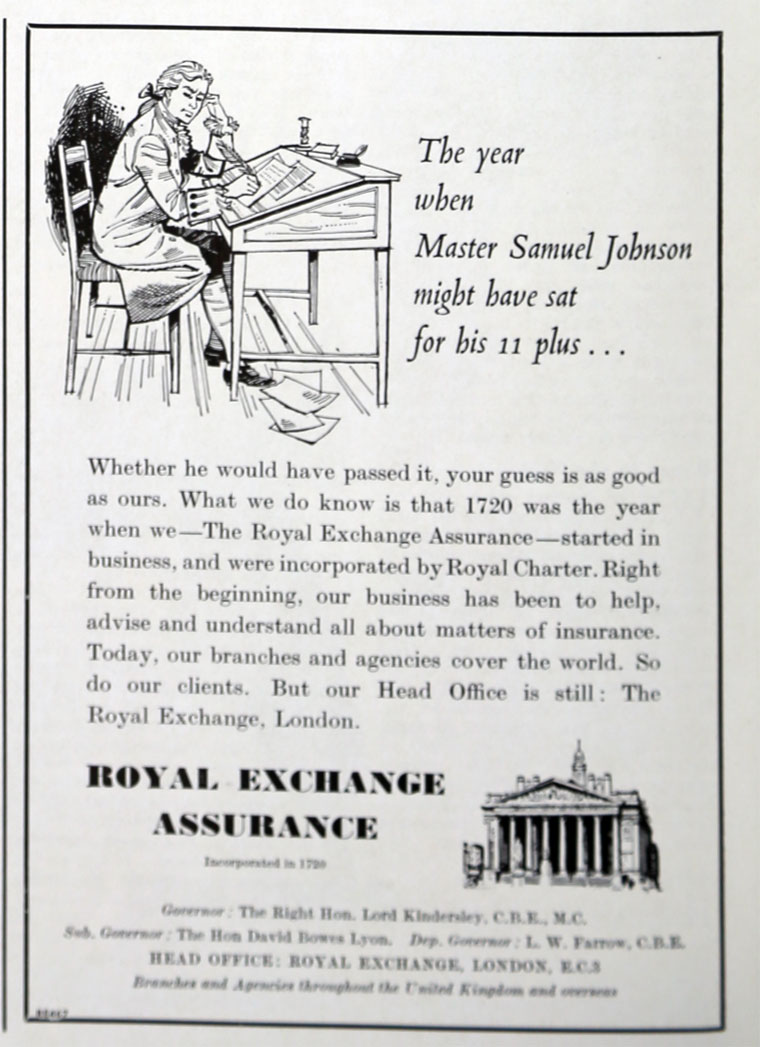 1717 Established when the subscribers of the Mercers' Hall Marine Co. raised a fund of one million sterling to insure ships and merchandise.

1718 Transacted business of marine insurance under the name of the "Court of Assistants of the Mines Royal, Mineral and Battery Works," with Thomas, Lord Onslow, as Governor.

1721 A further Charter was granted. These charters empowered the Corporation to transact Sea, Fire, and Life Assurance business.

1801 Powers gained to insure vessels and goods on inland waters