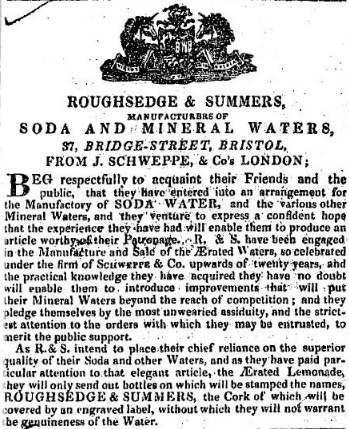 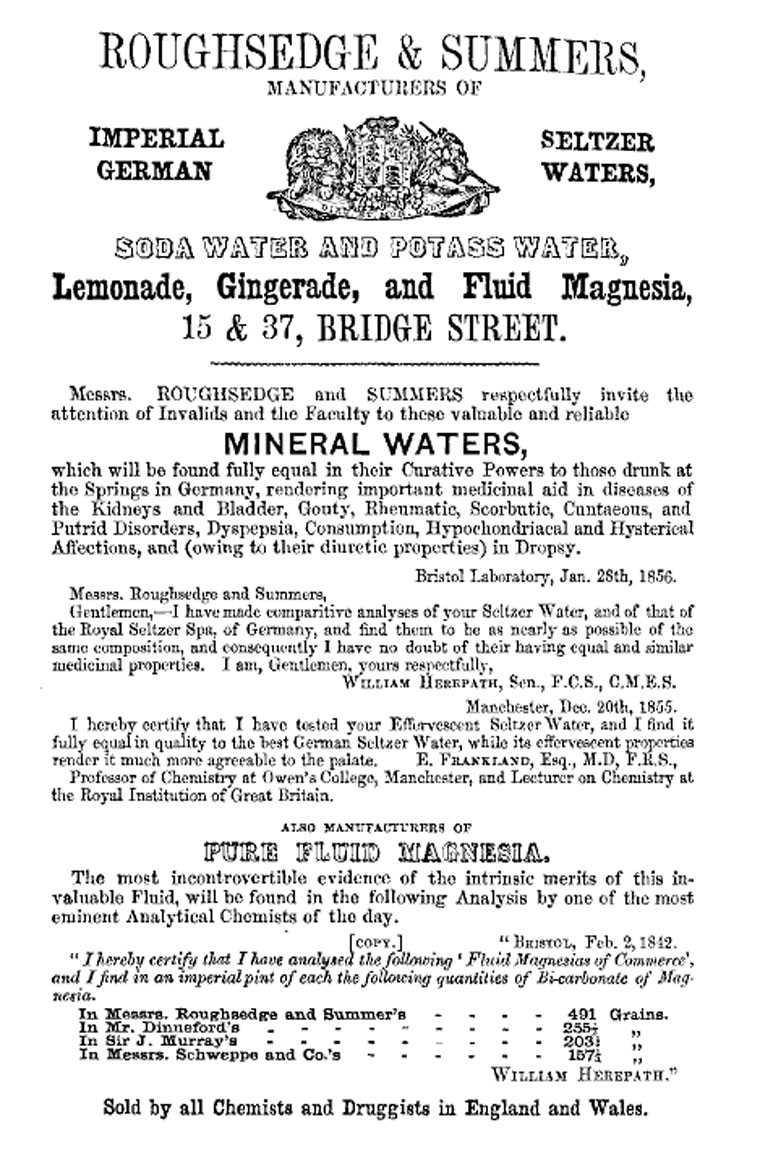 1837 Started selling lemonade. Convicted of selling small quantities of brandy with their drinks.

1842 Added ‘Fluid Magnesia’ to their products.

1866 Premises at 12, 15 and 37 Bridge Street. ‘Lithia Waters’ added to the range of products. William Roughsedge died, but the company continued trading under the existing name.

1869 Partnership between William Summers and Roughsedge’s widow Mary was dissolved on the 6th of March. Summers continued trading as W. Summers and Co.