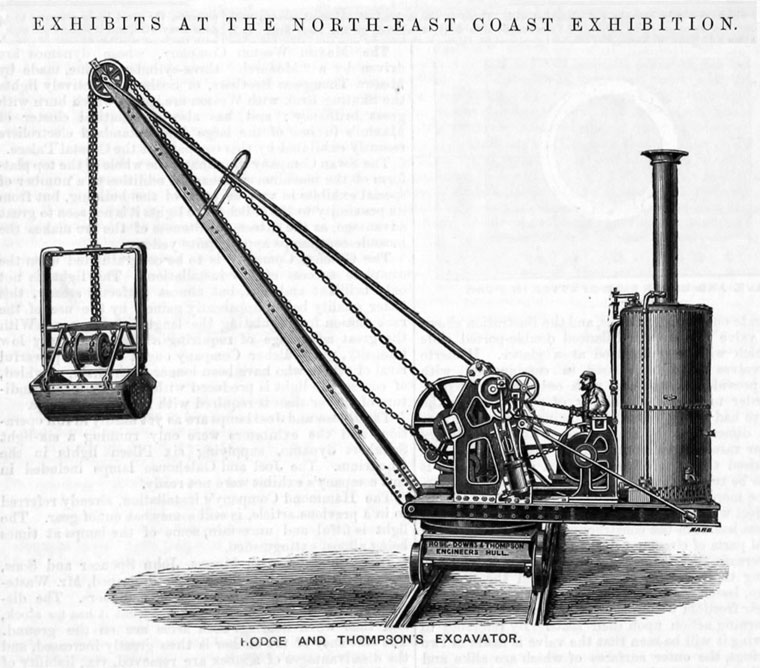 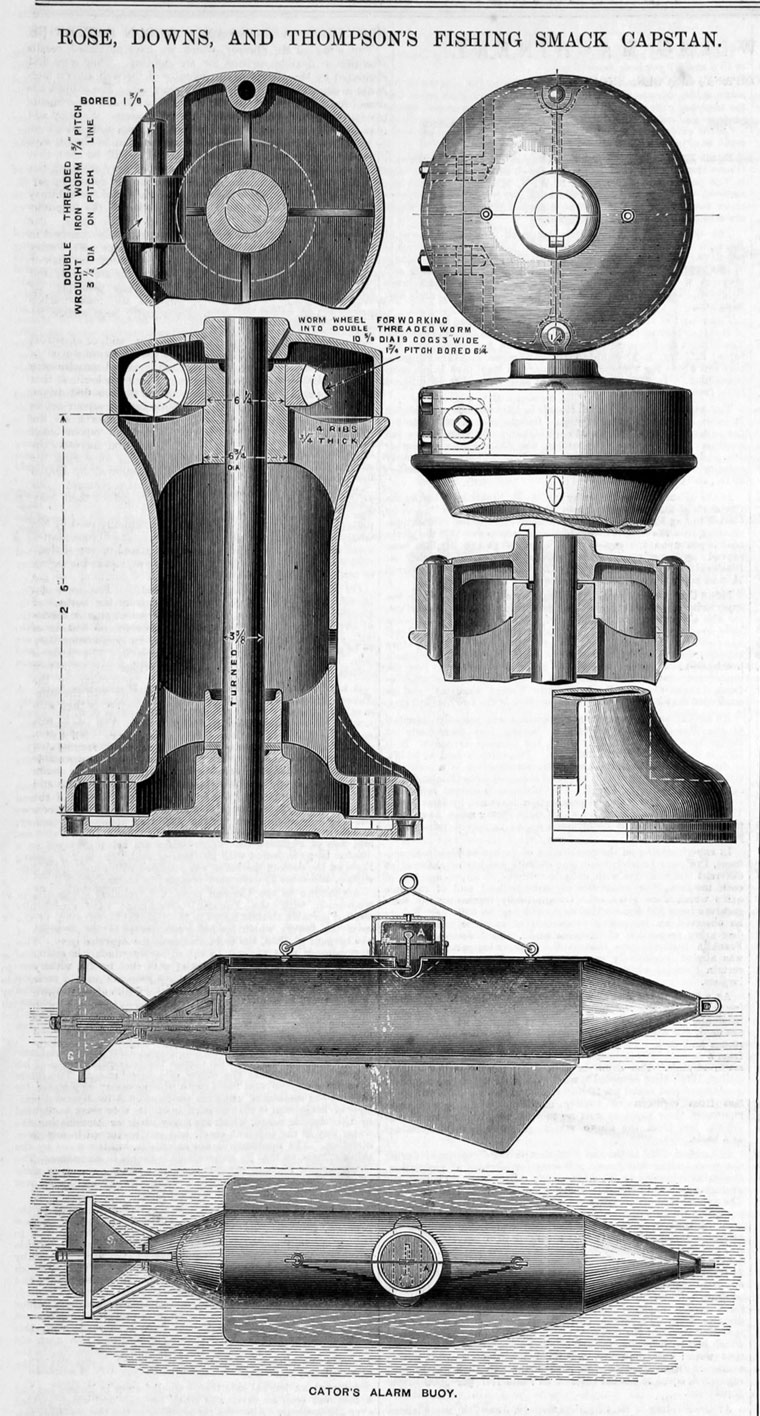 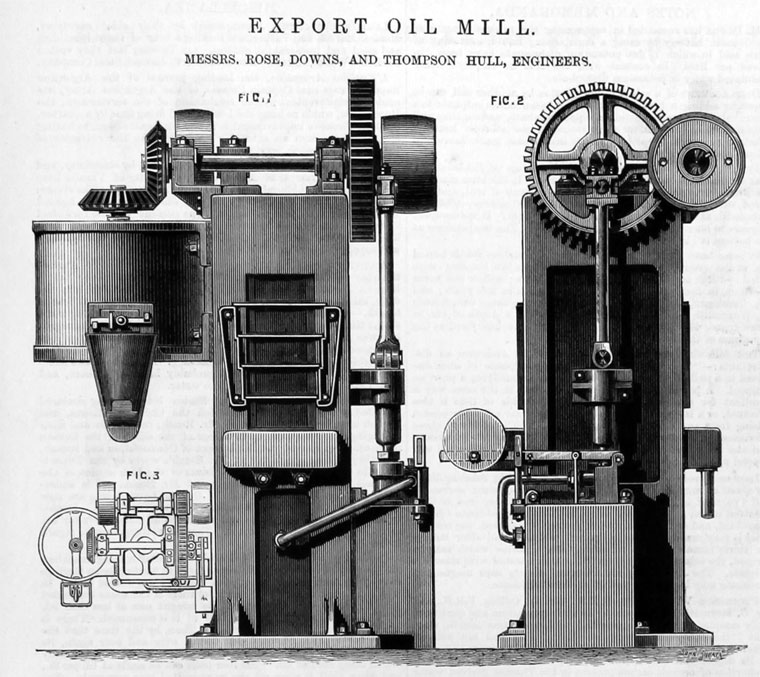 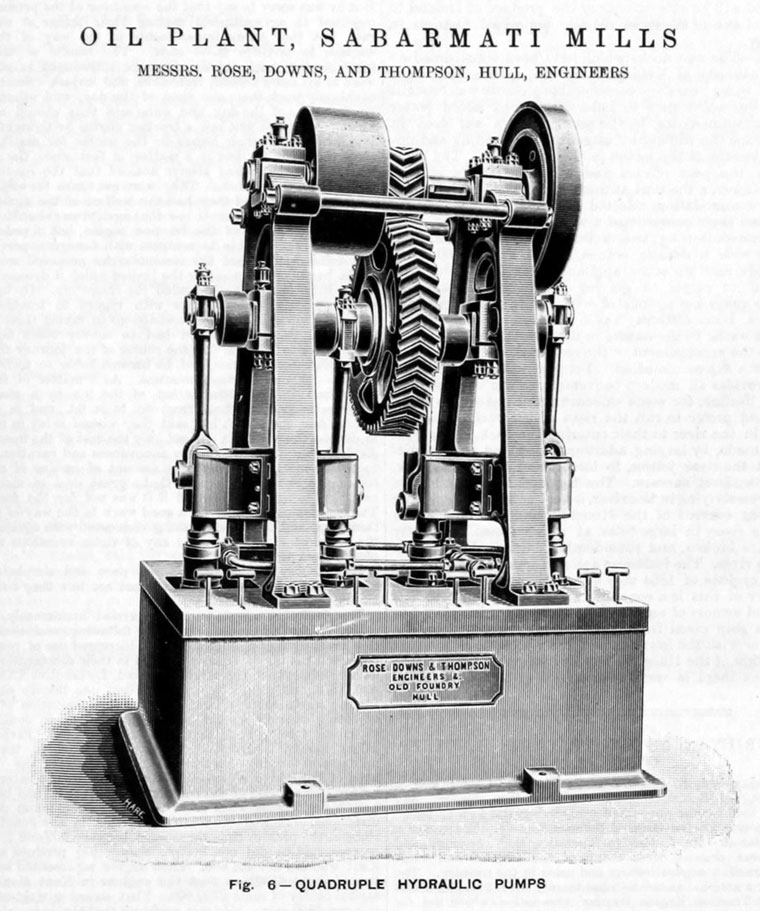 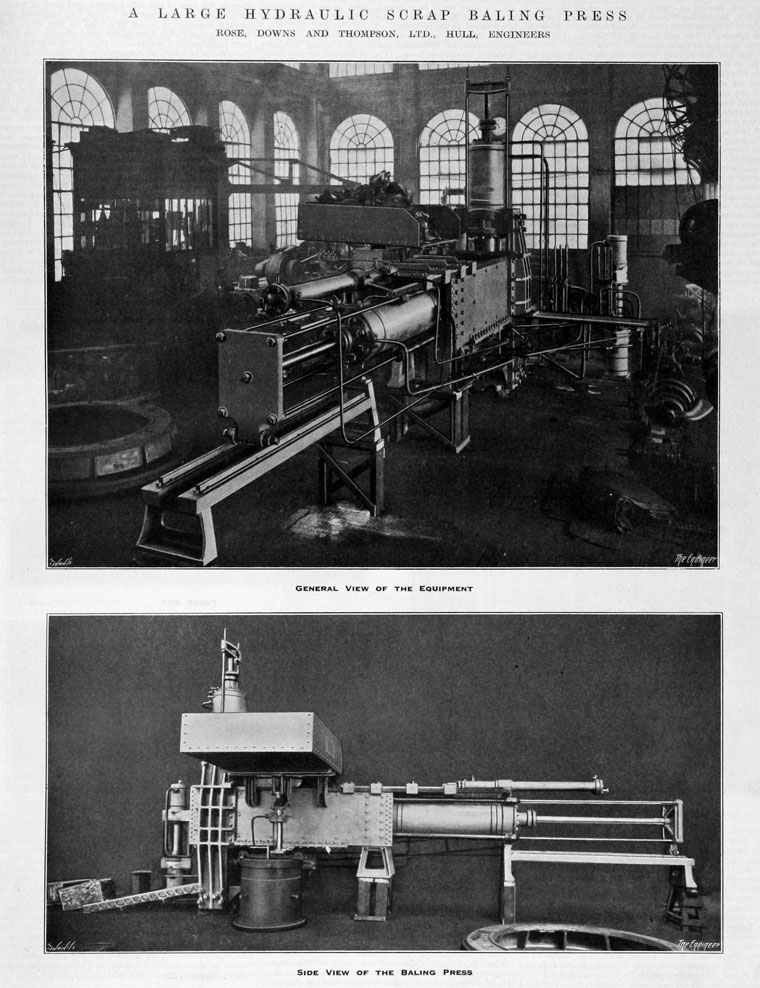 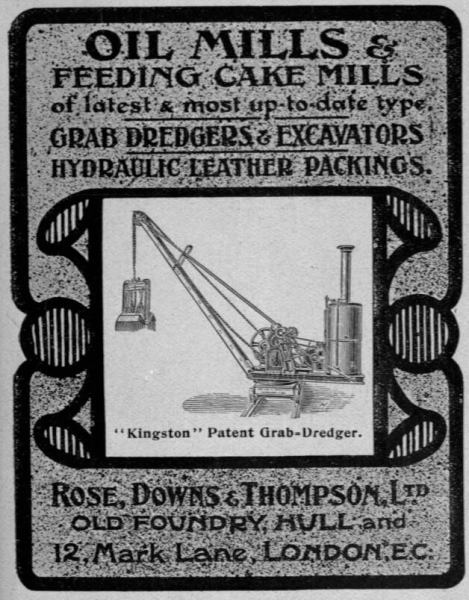 Rose, Downs and Thompson of Old Foundry, Hull, maker of plant for processing edible oils and for making animal feeds.

1870s James Downs visited America, returning with the plans for new machinery in the form of Anglo-American presses; these could press larger numbers of oil cakes than before and the firm soon became the principal British firm for oil mill machinery. Most of their customers were the seed-crushing firms.

By 1876 the company's name had changed to Rose, Downs and Thompson (see advert)

1878 "NOTICE is hereby given, that the Partnership formerly subsisting between us the undersigned, William Johnston, Milson Rhodes, James Downs, and John Campbell Thompson, at the borough of Kingston-upon-Hull, as Engineers, Millwrights, Boiler Makers, and Iron and Brass Founders, under the firm of Rose, Downs, and Thompson, has been determined as from the 30th day of June last. The business, in future, will be carried on, on the same premises, by the said James Downs and John Campbell Thompson, under the said firm of Rose, Downs, and Thompson. Dated, this 20th.day of November, 1878. Wm Johnston., J. Downs. Milson Rhodes., J. C. Thompson."[1]

(NB William Johnston of Hull was a hosier; Milson Rhodes, of Glasgow, was a commission agent - both were executors of Christiana Rose, who died in 1871[2])

1879 The business had been established for over a century; hydraulic engineers of Hull[3]

1880s Diversified into winches, grab cranes and other pieces of steam machinery for trawl fishing. This move helped them survive a period of debt in the 1880s and their financial position improved in the 1890s

1910s The firm expanded, buying a gear wheel firm in Leeds and opening branch offices in Shanghai and Hong Kong.

1916 Death of John Campbell Thompson, of Hull, the chairman[6]

1951 After 3 years collaboration, the Power-Gas Corporation exercised its option to buy a controlling interest in Rose, Downs and Thompson[8]