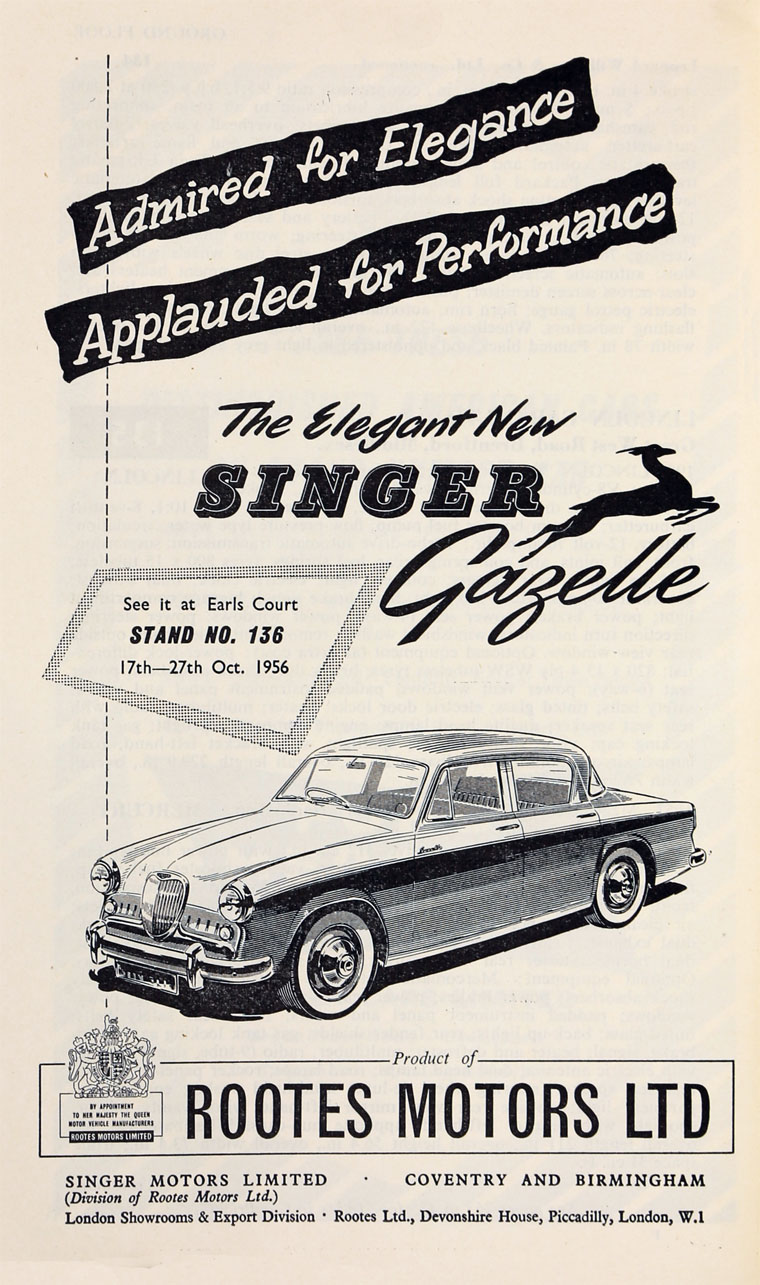 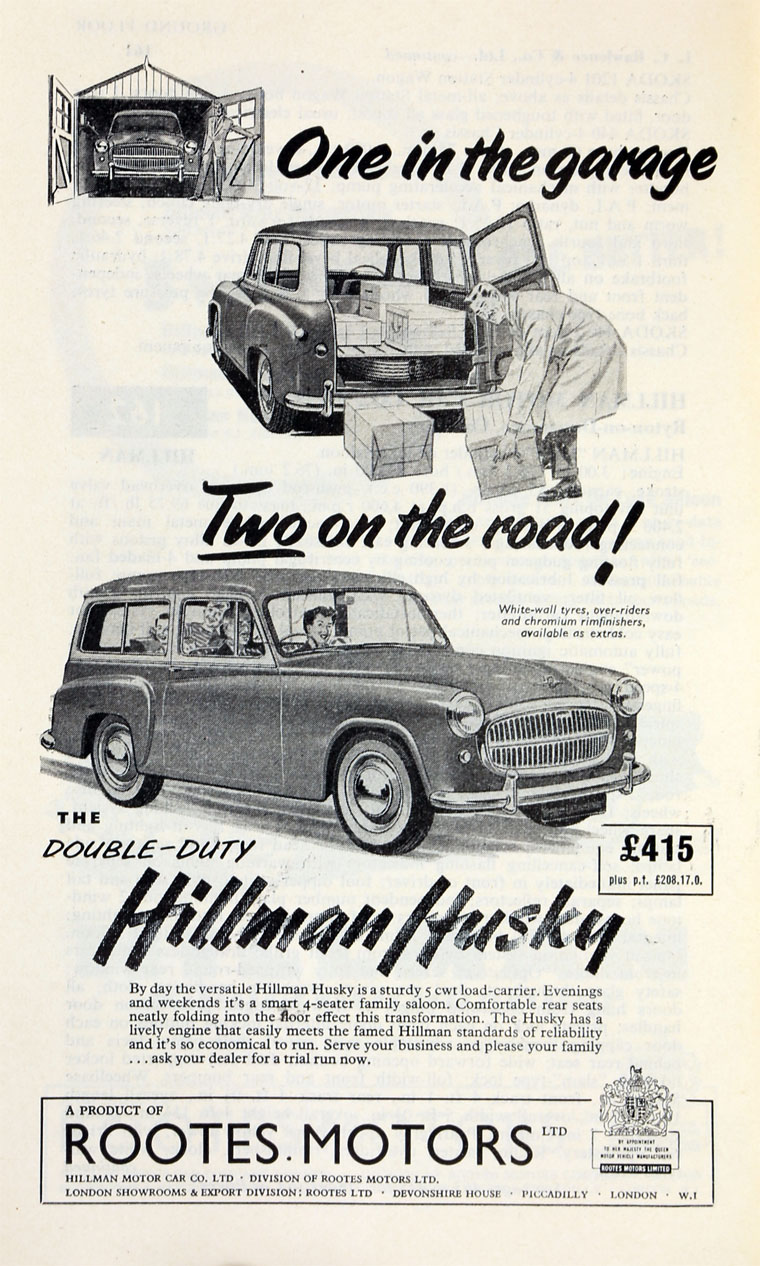 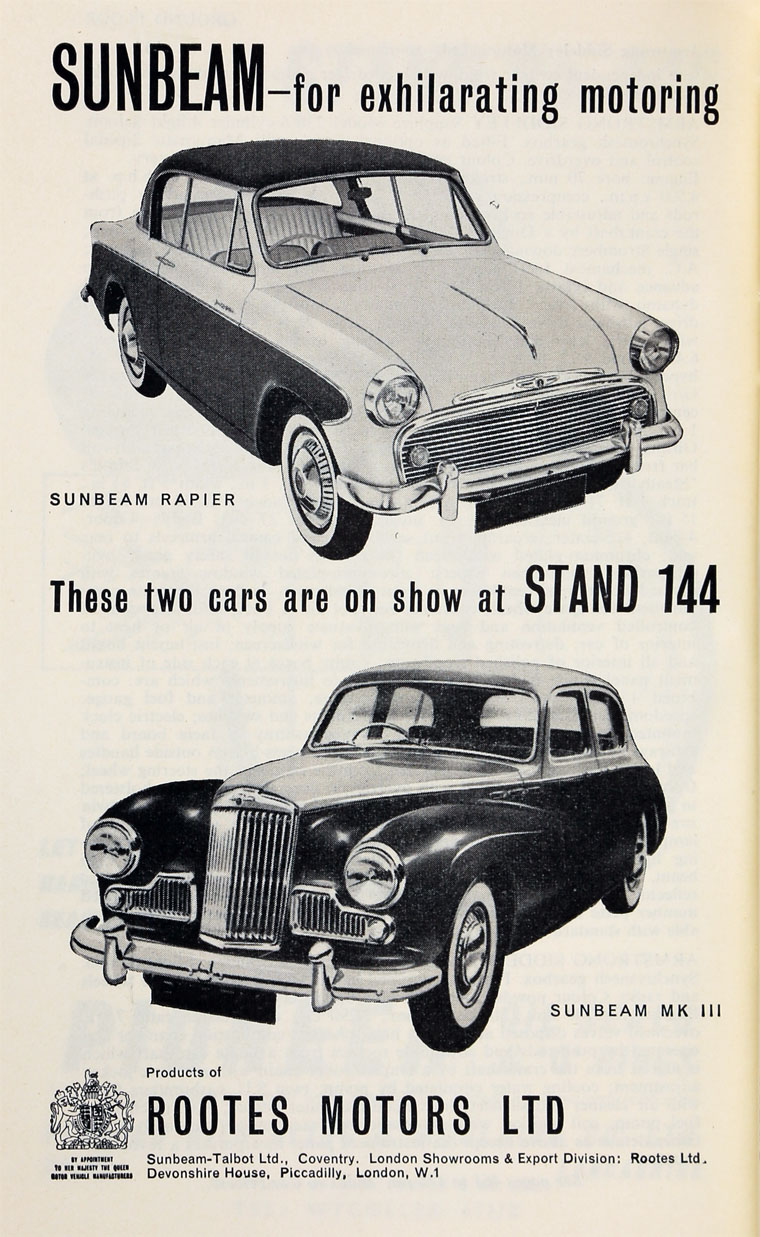 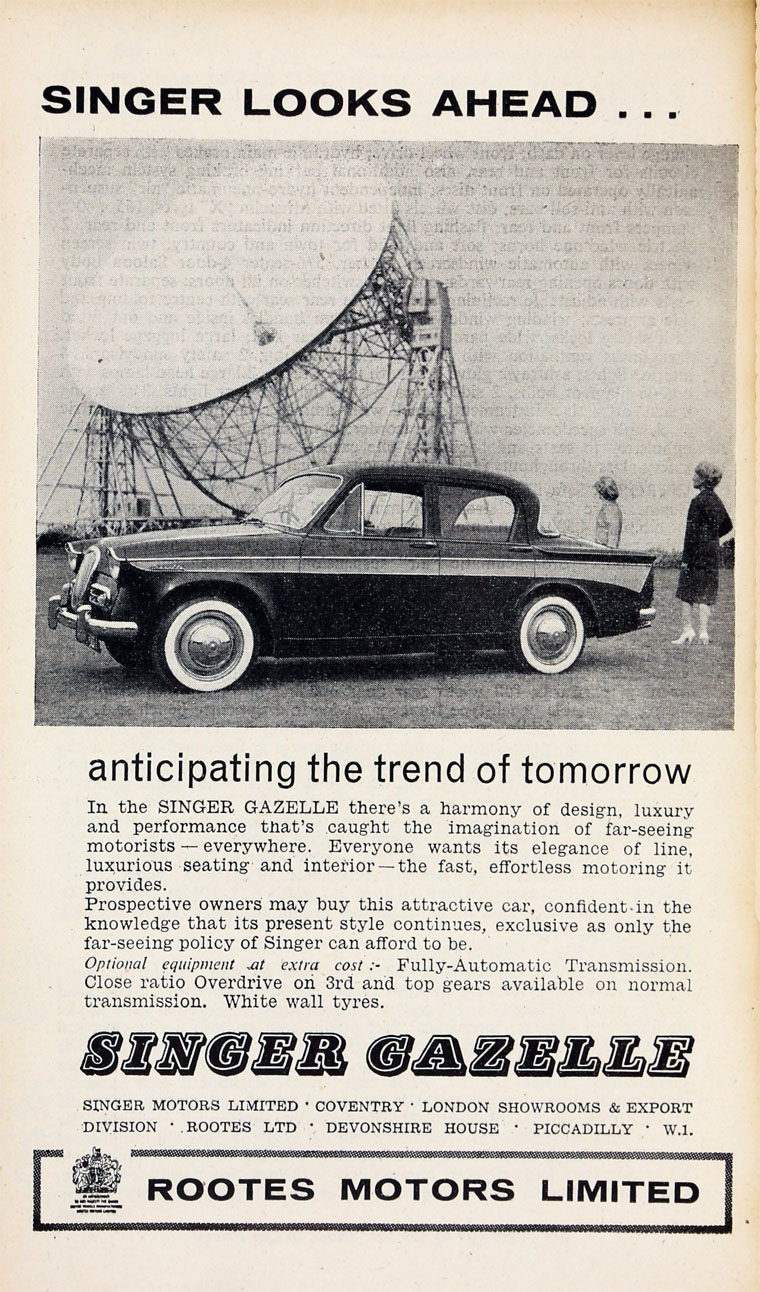 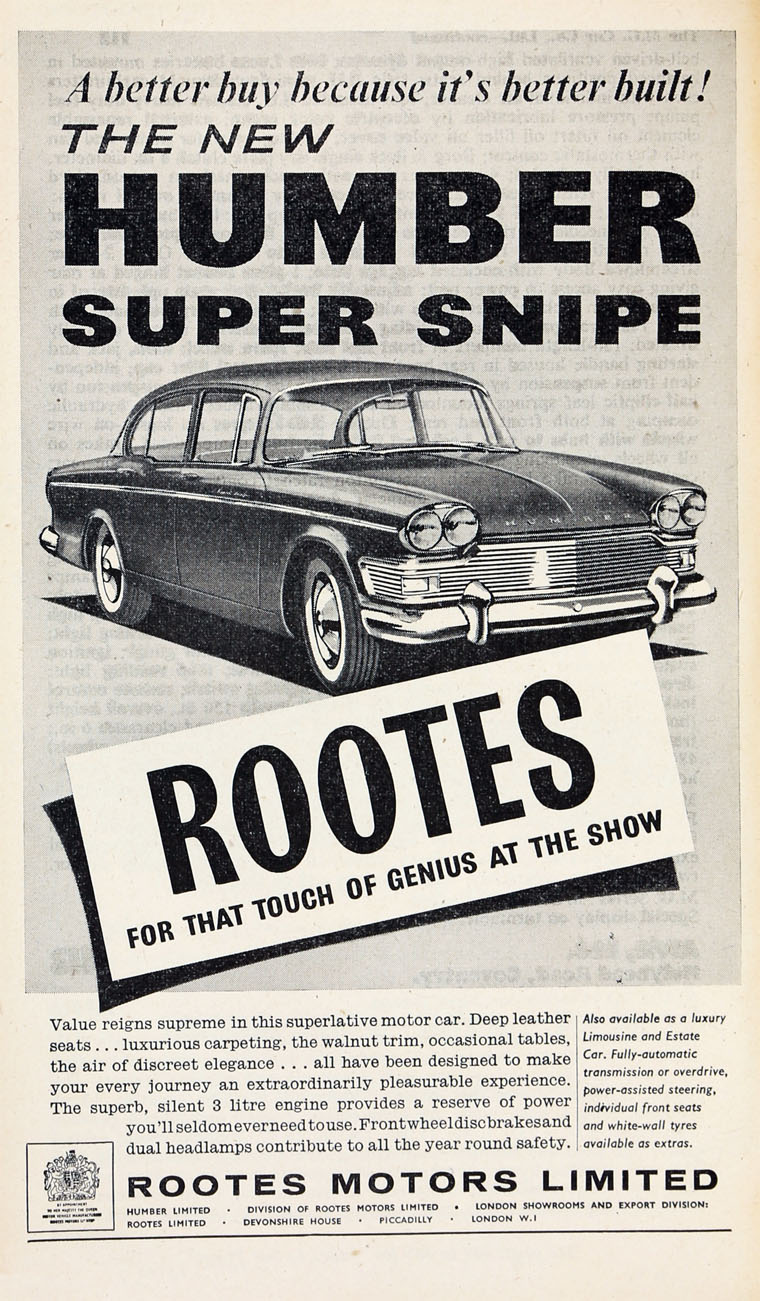 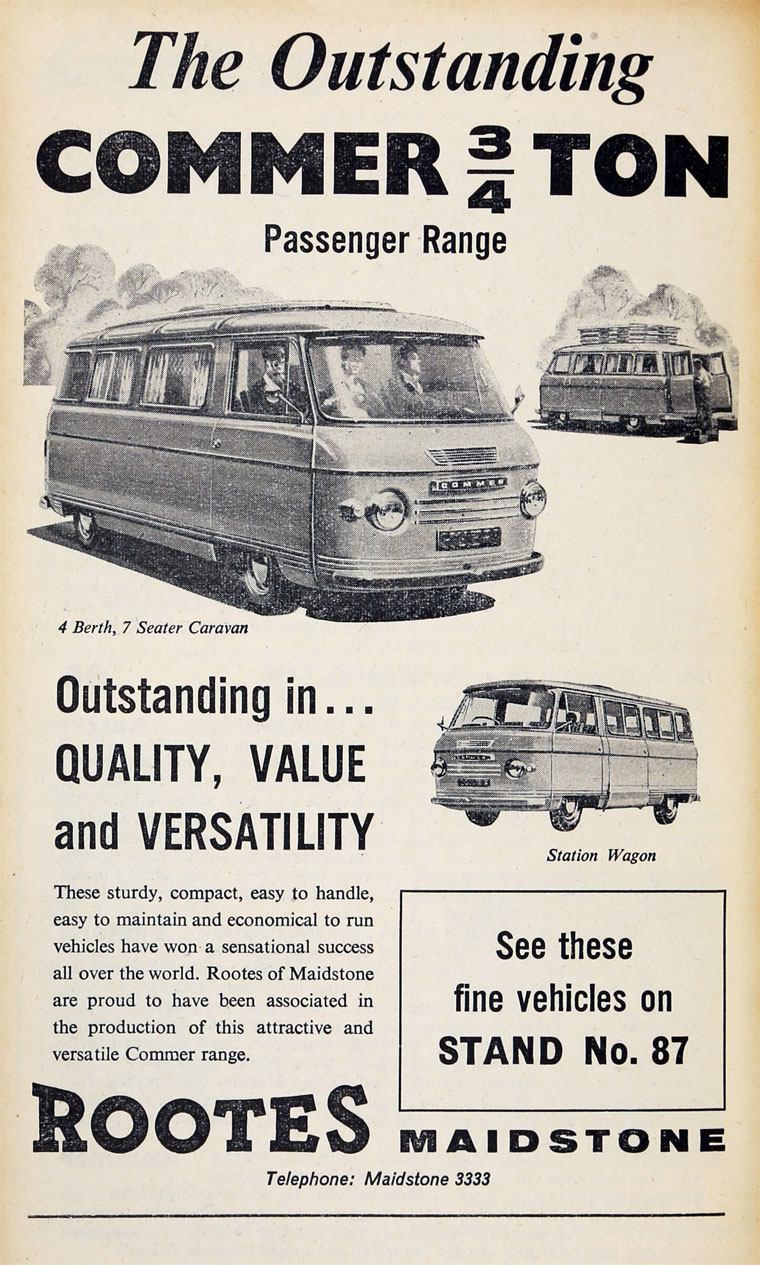 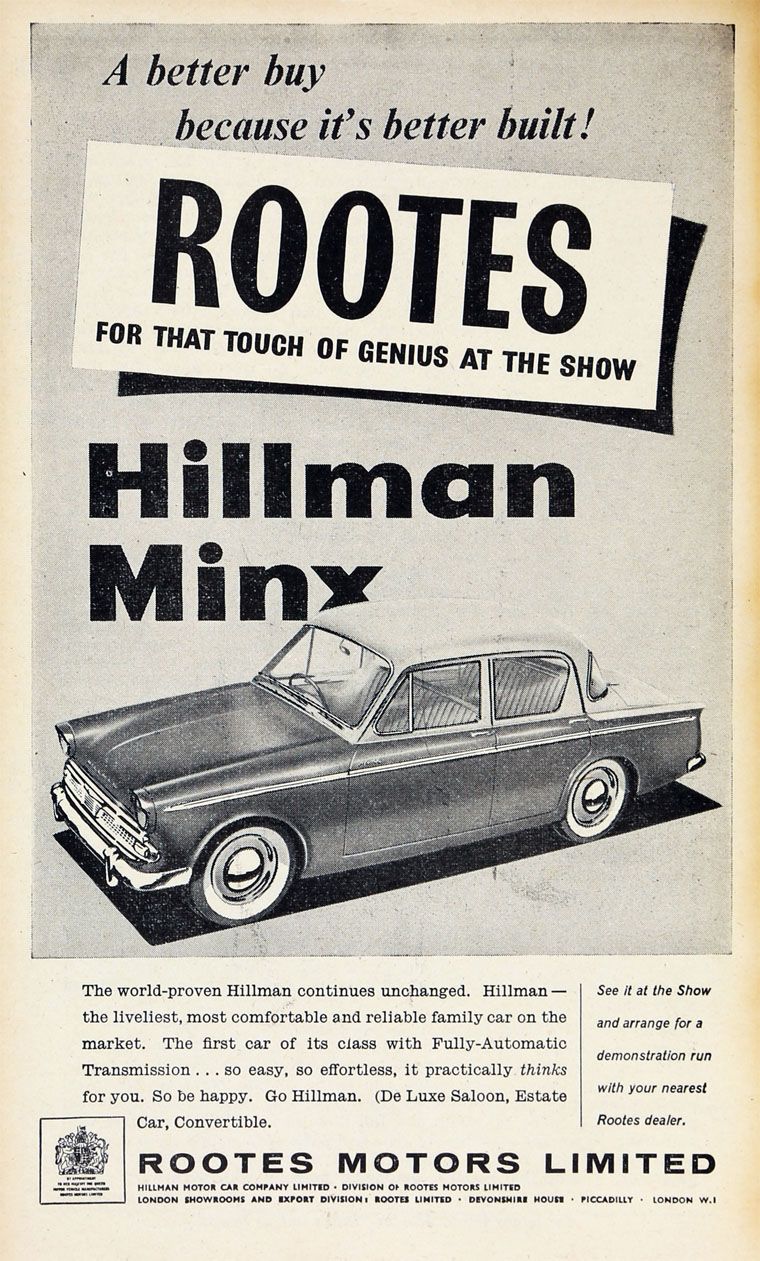 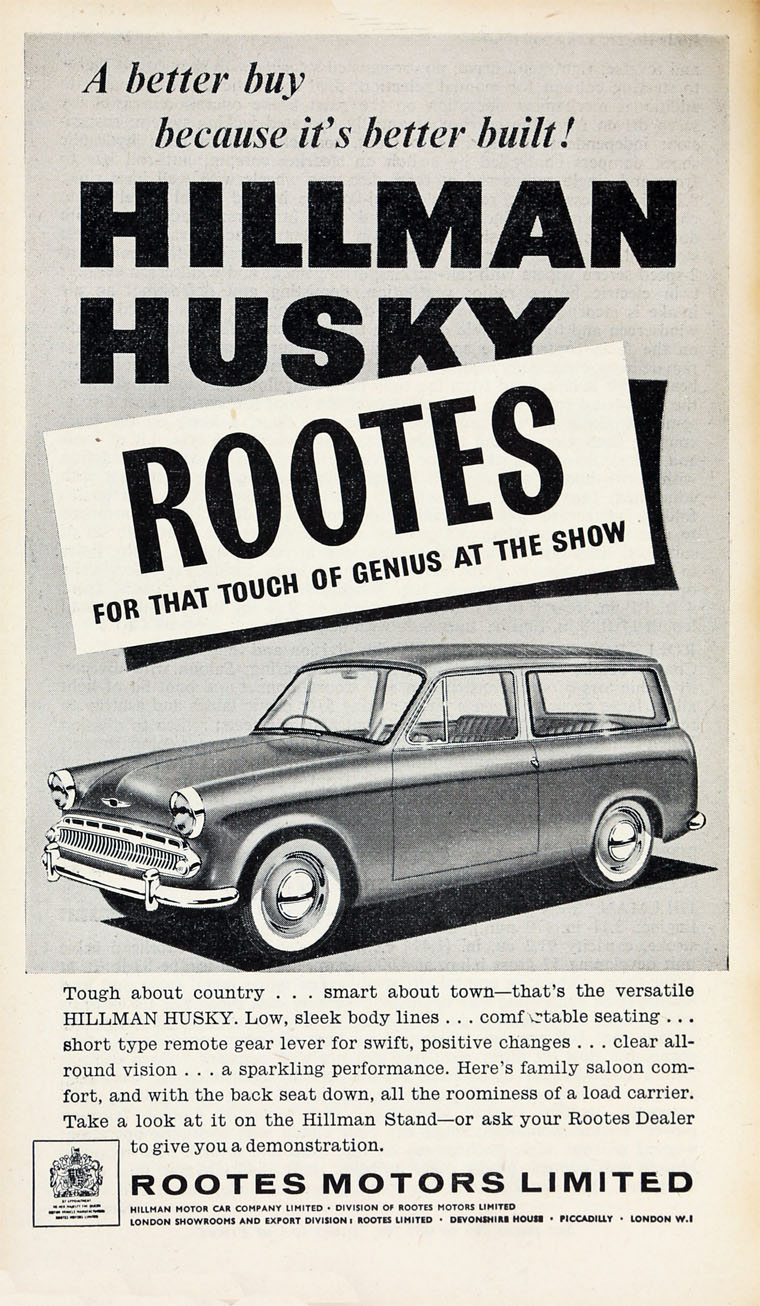 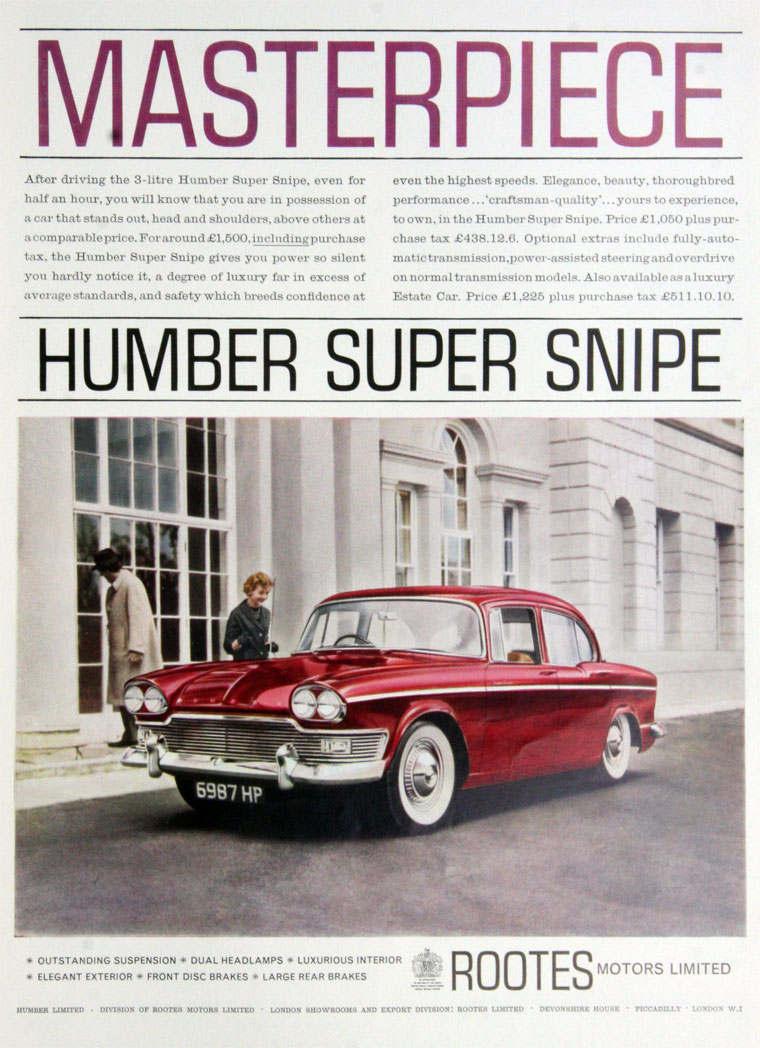 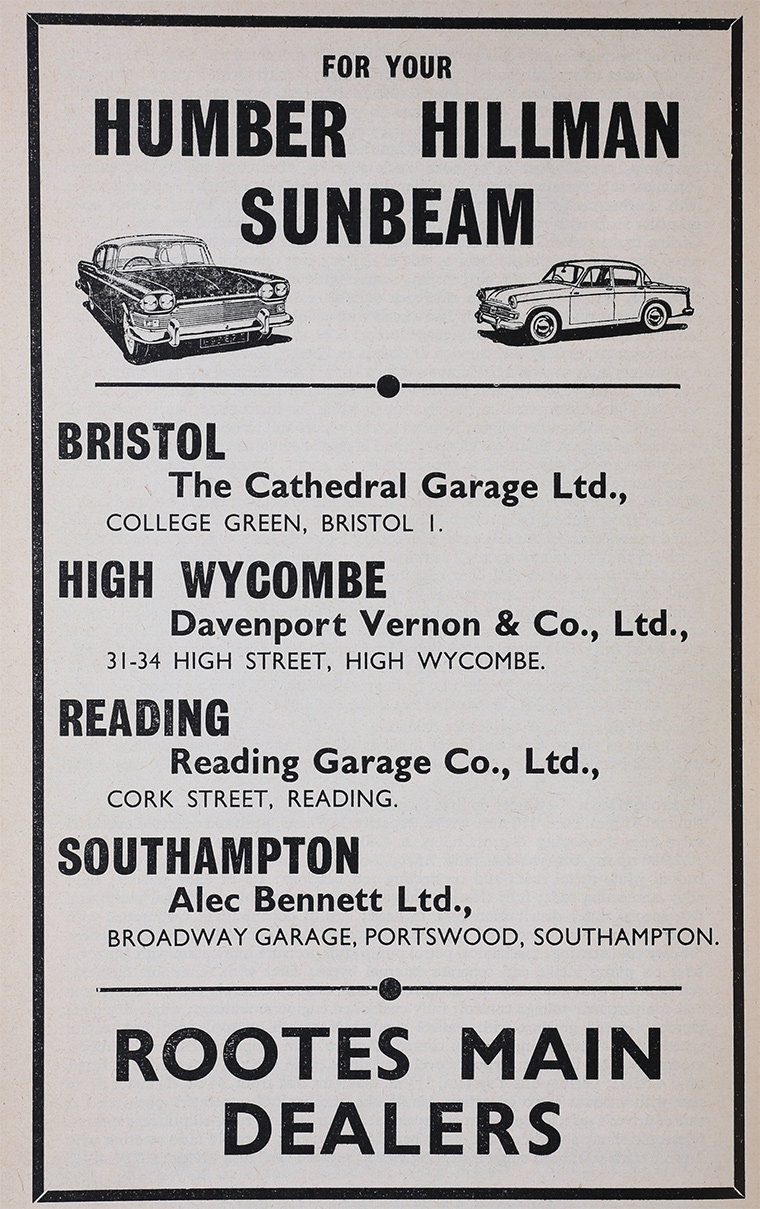 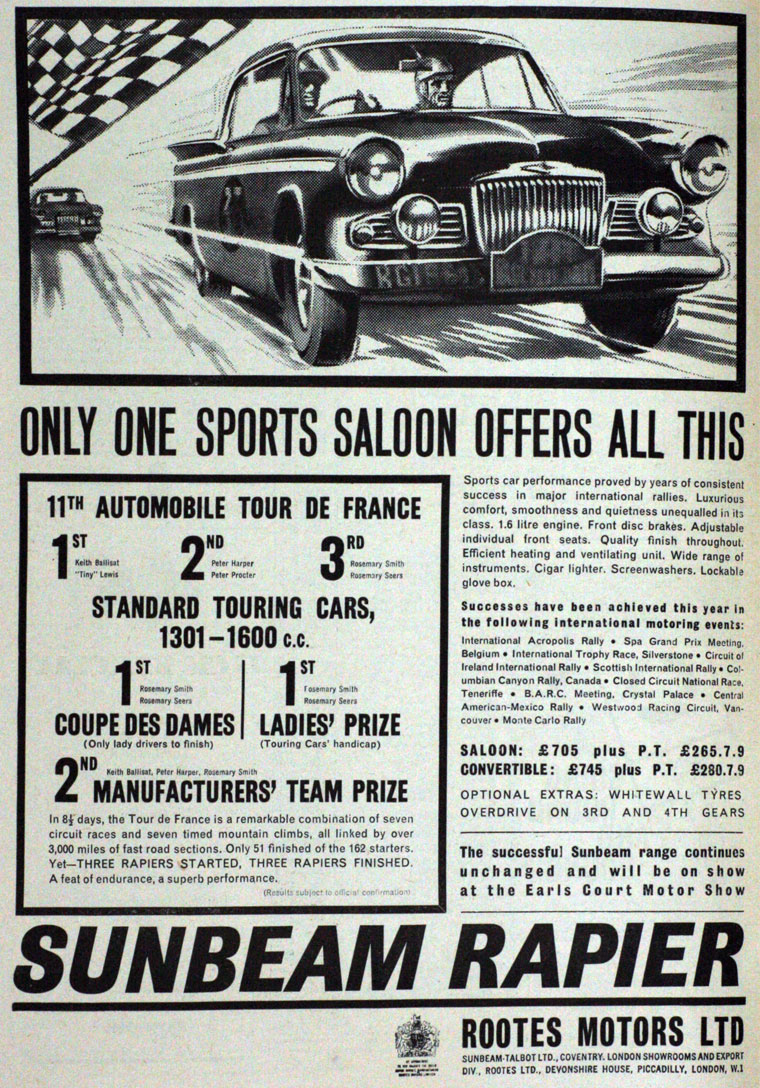 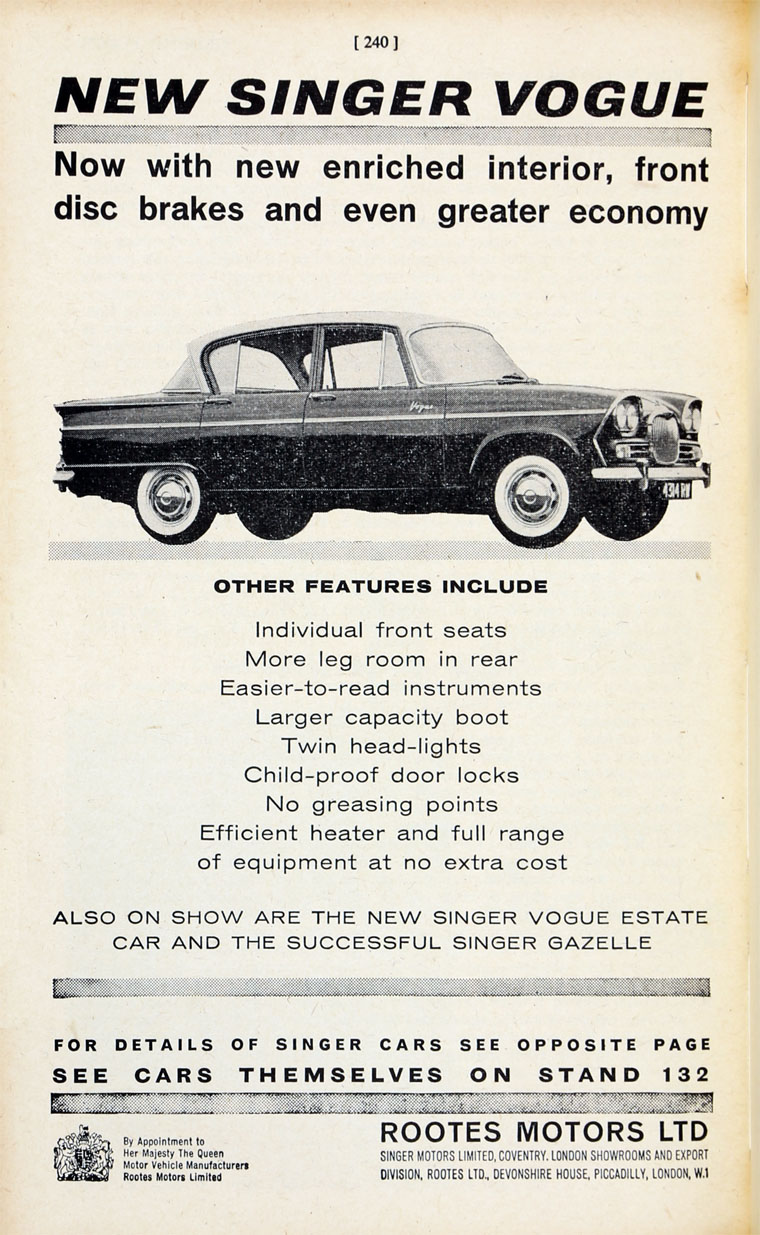 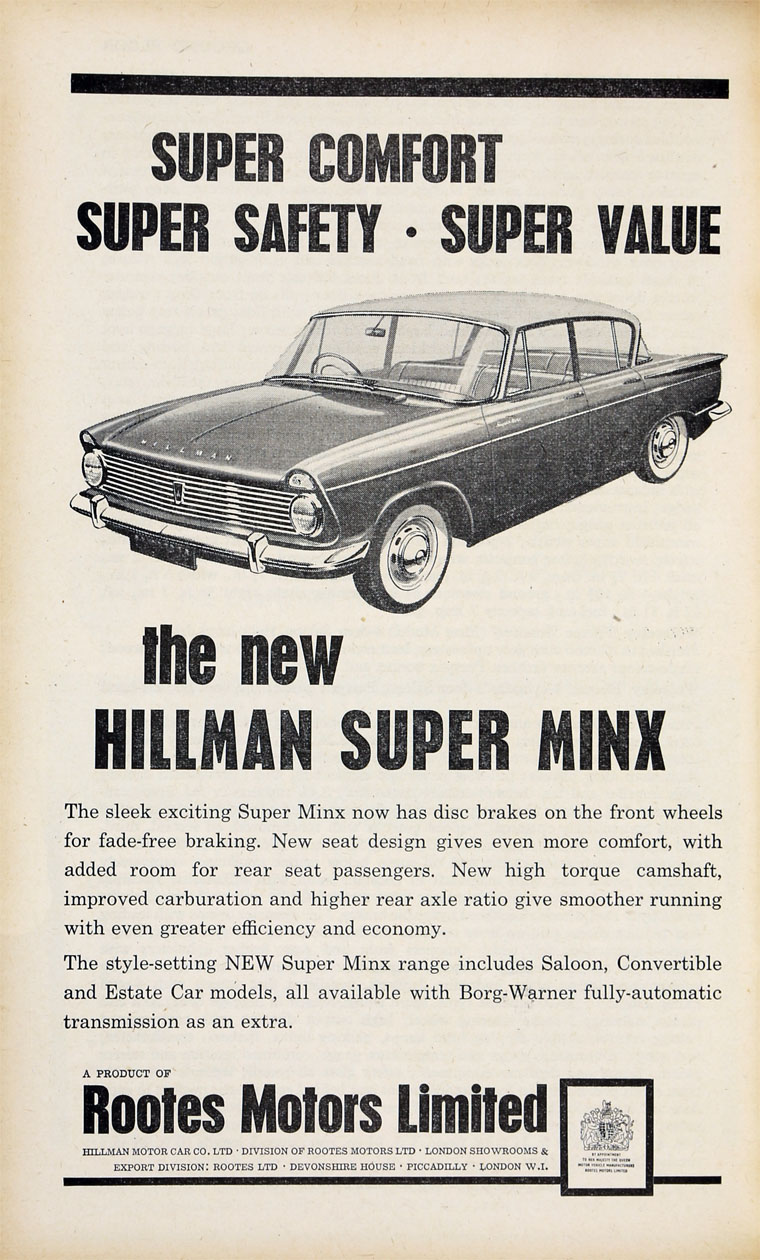 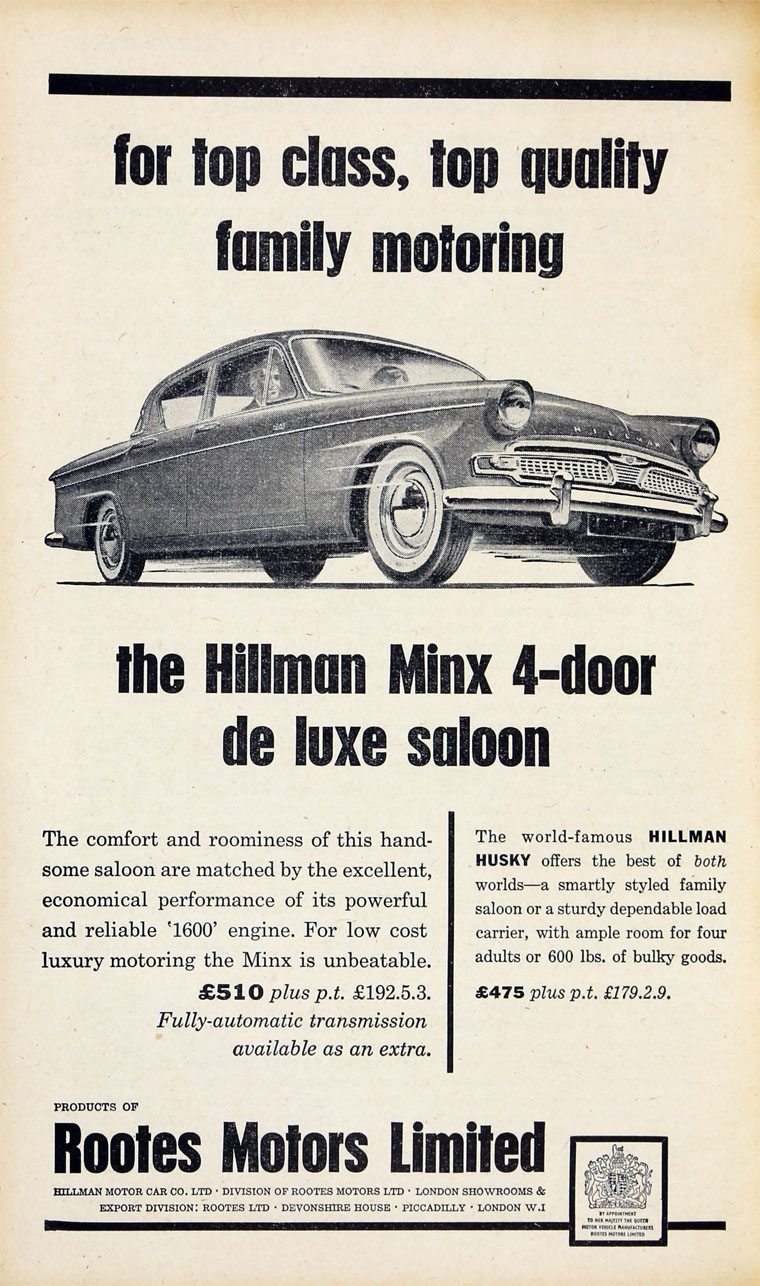 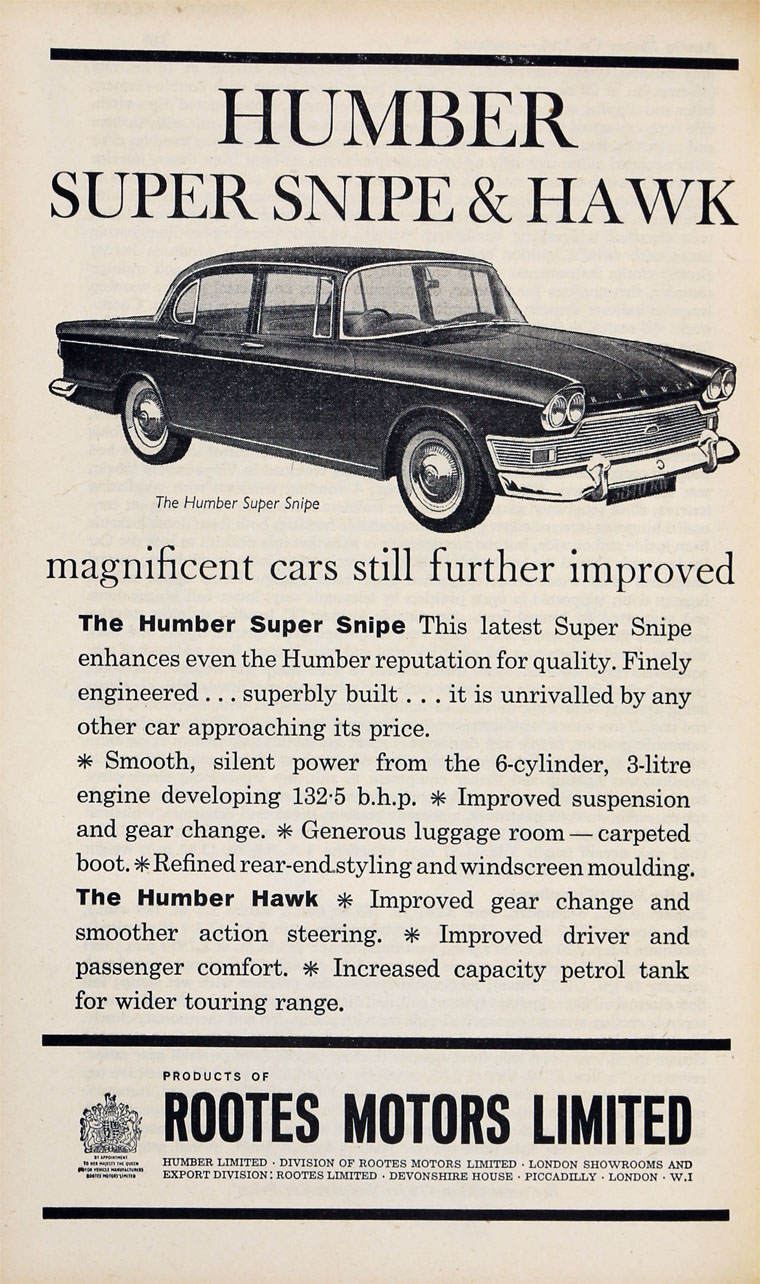 1969. Car bodies are built up on dollies that are drawn along by a floor-mounted powered truck.

1919 William's younger brother, Reginald Claud Rootes, was persuaded to join him. The brothers developed their business, initially in Maidstone, with many agencies including one for General Motors.

Mid-1920s Rootes Ltd was the largest distributor in Britain; had dealerships also in London, Birmingham, and Manchester.

1949 Name changed to Rootes Motors; incorporated as a Public company but the Ordinary shares (most of which were held by the Rootes family) were not available to the public.

1954 Offered more shares to the market for expansion. [2]

1956 The sons of the founders take up senior positions in the company. Brian Rootes, age 36, the second son of William is MD of Rootes Ltd. Geoffrey Rootes is MD of manufacturing companies. Timothy Rootes, age 31, son of Reginald is director of sales and service. [3]

1961 Engaged in the servicing and distribution of "Humber", "Hillman", "Sunbeam" and "Singer" motor cars, "Commer" and "Karrier" commercial vehicles, and diesel engines. 25,000 employees. [4]

1969 Rootes introduced a range of spares and accessories to be supplied directly to their 3,000 distributors[11] which were marketed under the brand name Mopar[12]