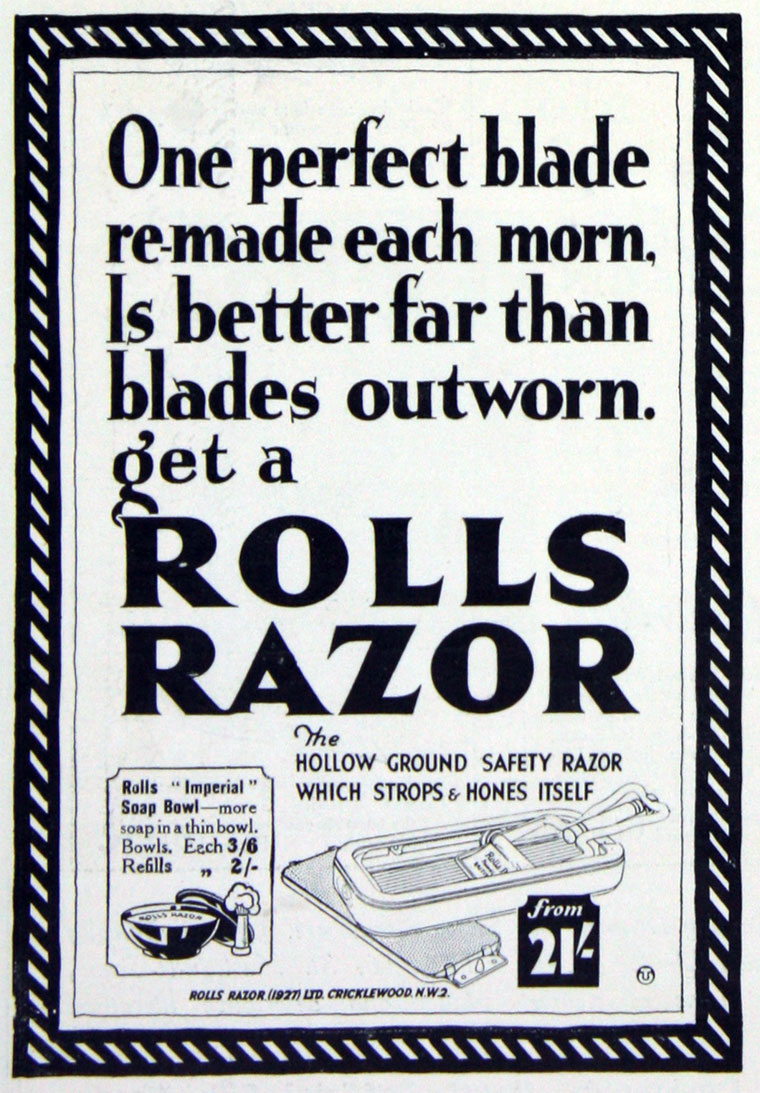 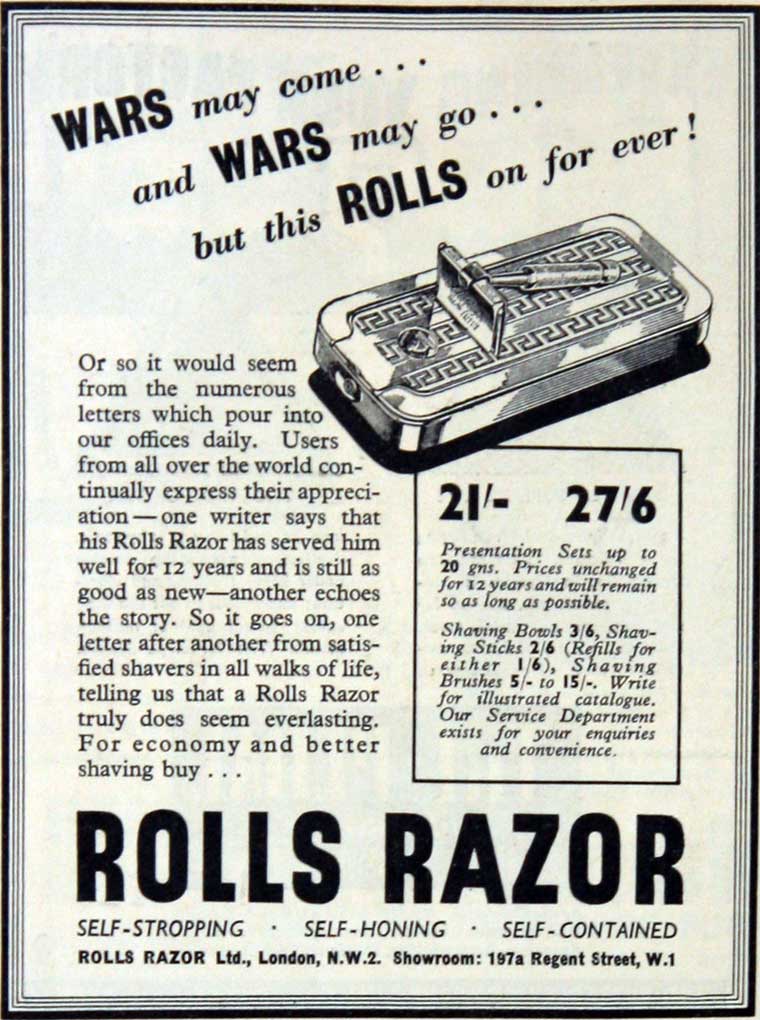 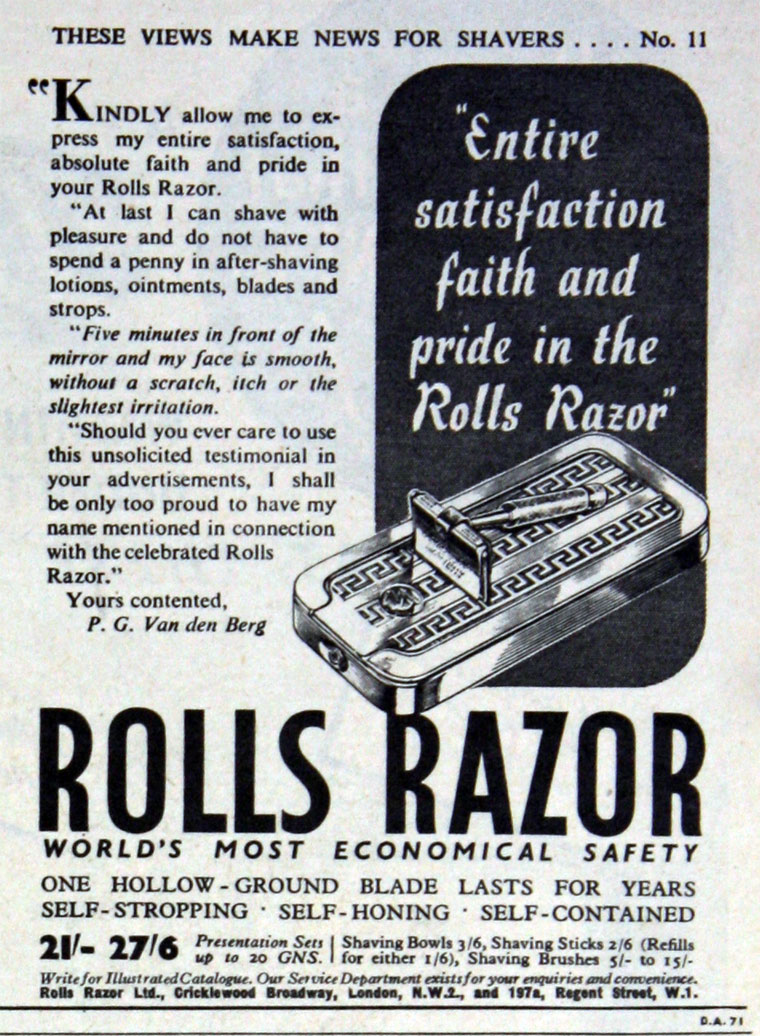 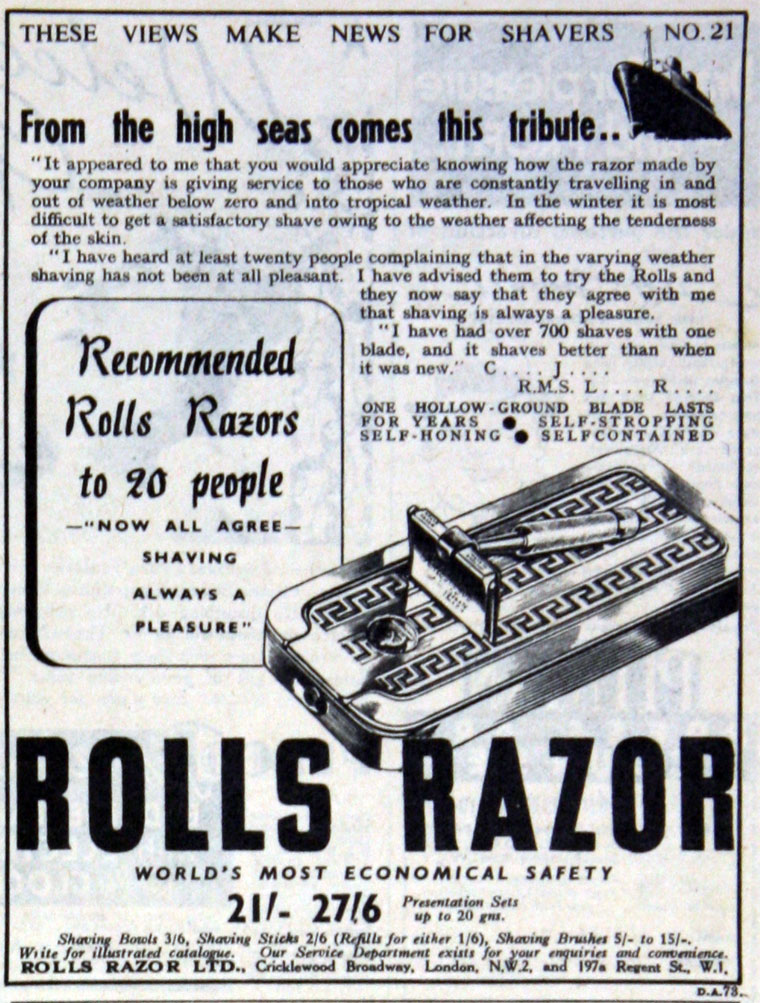 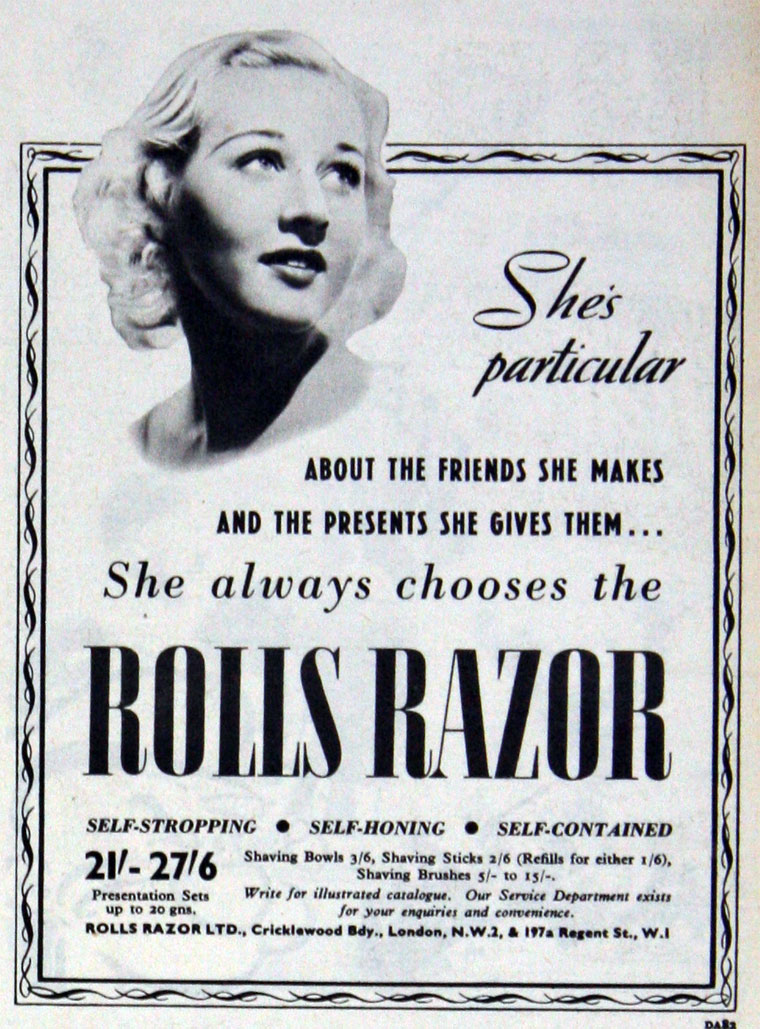 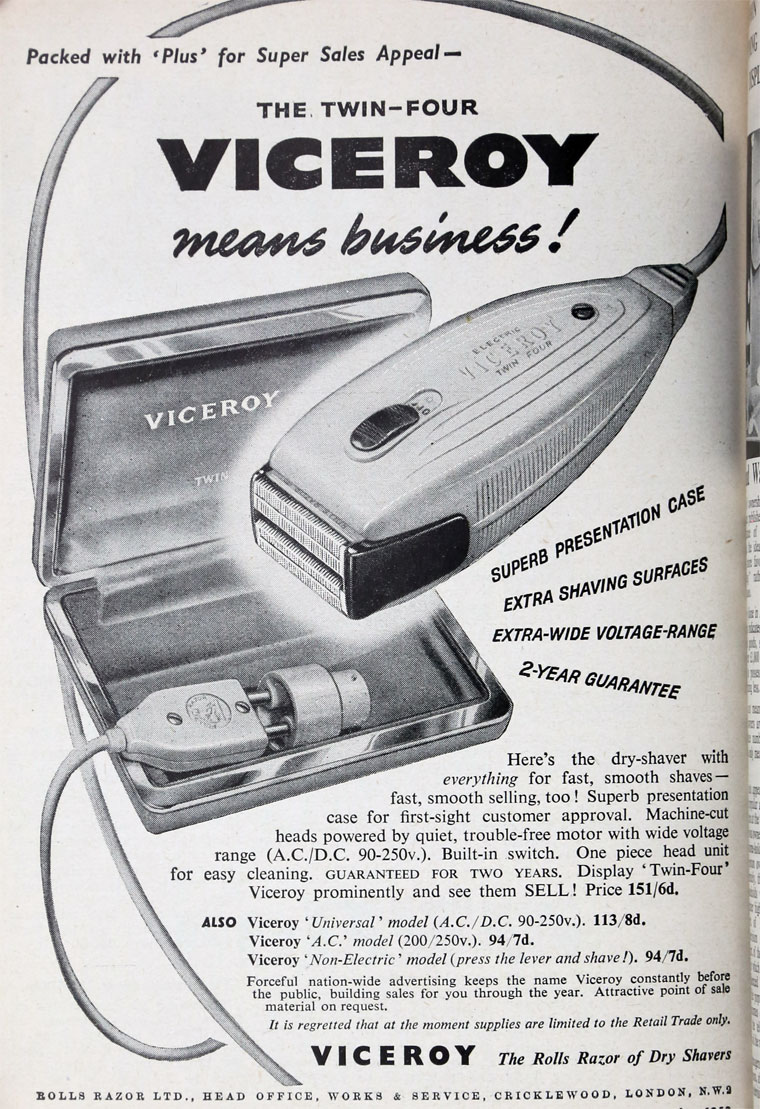 1929 Patent - Improvements in the manufacture of bowls, pots, cups, boxes, cases, and other containers.

The earliest models had a pebble-finish metal case.

Some came in a dark red pebble grain leatherette (probably over wood) case with a glove snap closure. The case design evolved to a pattern of parallel zig-zag lines.

Later razors had a 3-row Greek key design and with the "The Whetter" trademark near the end of the case.

By 1951 Rolls was also advertising the Viceroy Electric Dry Shaver, or, the ad said, if you have "no electricity... ask for the Viceroy non-electric mechanical dry shaver... Press the lever and shave!" The mechanical version was operated by repeatedly squeezing a lever on the handle.

1961 Formation of JV company with Charles Colston Group which would take over Colston's High Wycombe factory and make dishwashers, including those sold by Colston. The company also planned to open discount stores and was buying the Electromatic Washing Machine Co from Mr John Bloom[3]

1963 Charles Colston resigned from the board; Rolls Razor sold its 50 percent of Rolls Colston to Charles Colston[4] in order to concentrate on other domestic appliances than dishwashers. At the end of the year Sir Charles rejoined the board[5].