Grace's Guide is the leading source of historical information on industry and manufacturing in Britain. This web publication contains 140,724 pages of information and 227,385 images on early companies, their products and the people who designed and built them. 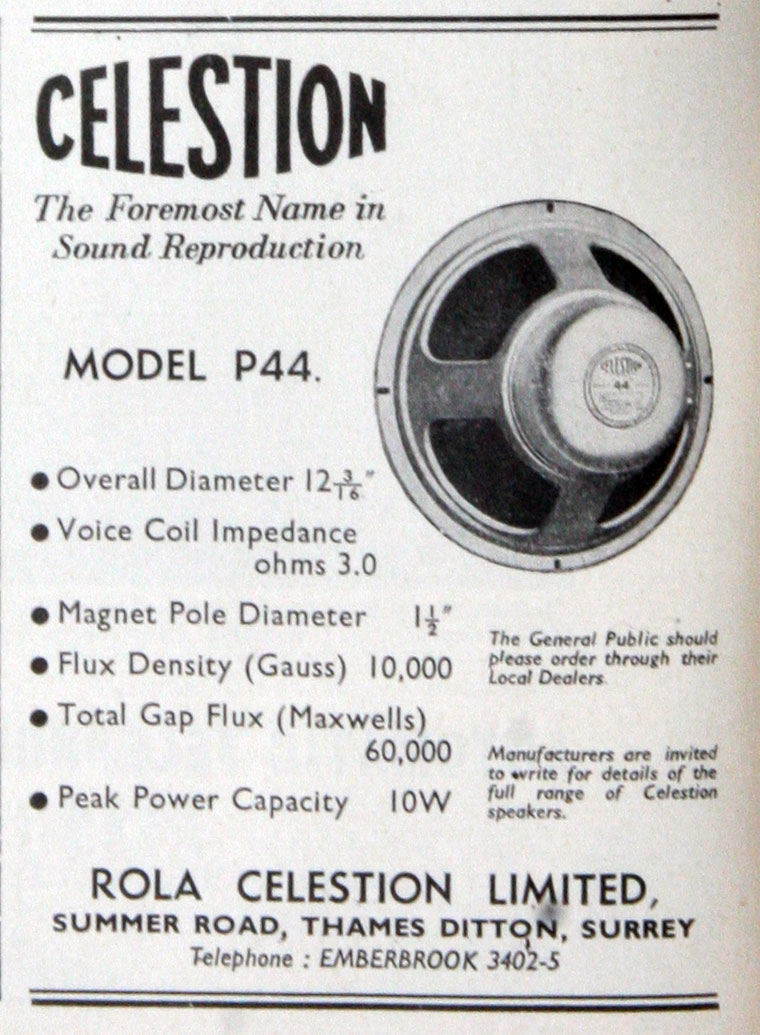 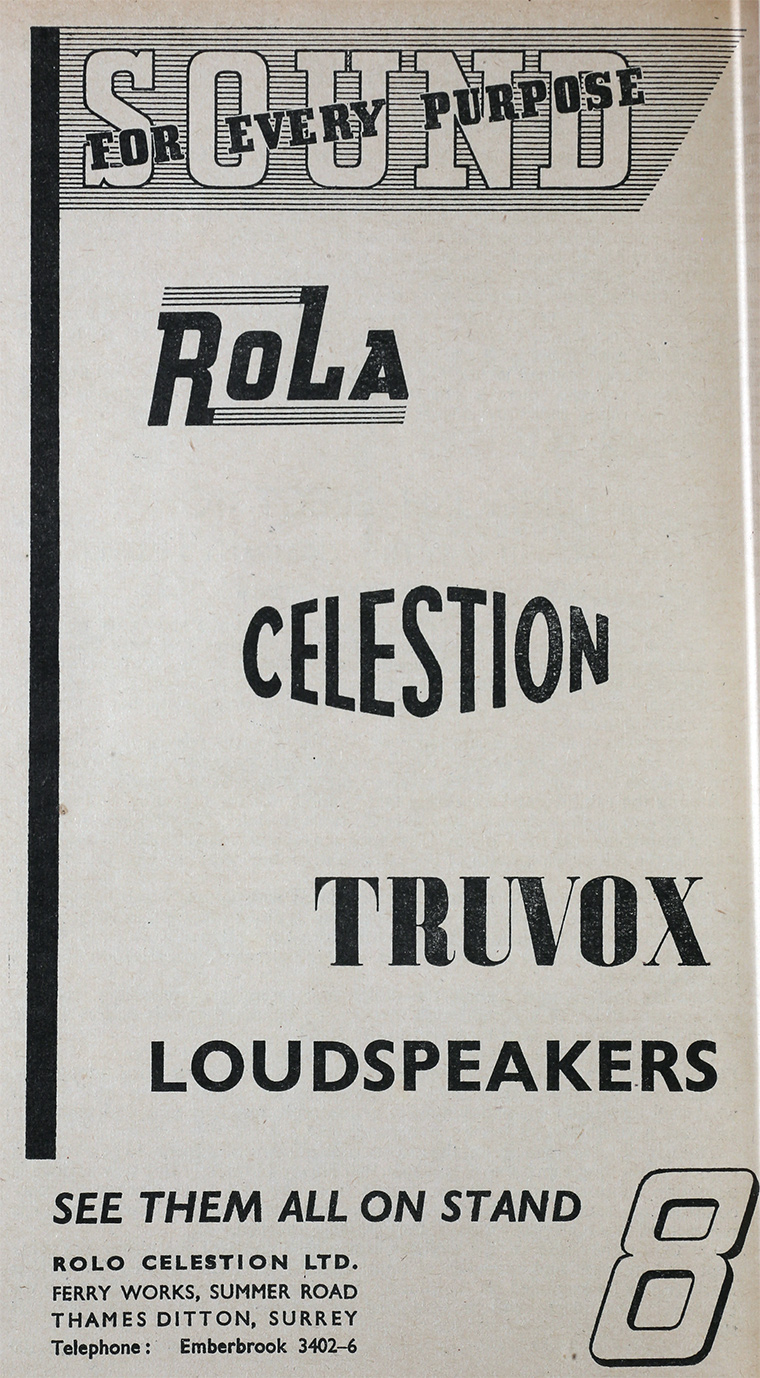 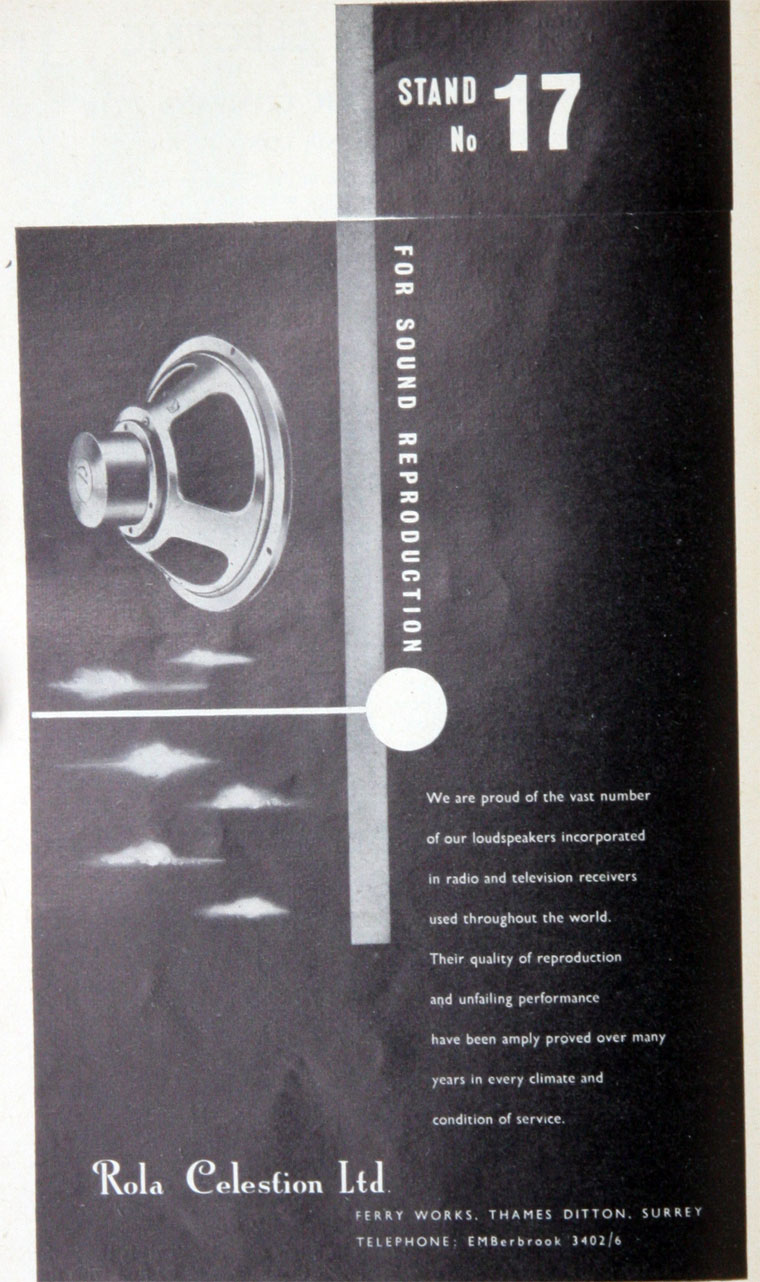 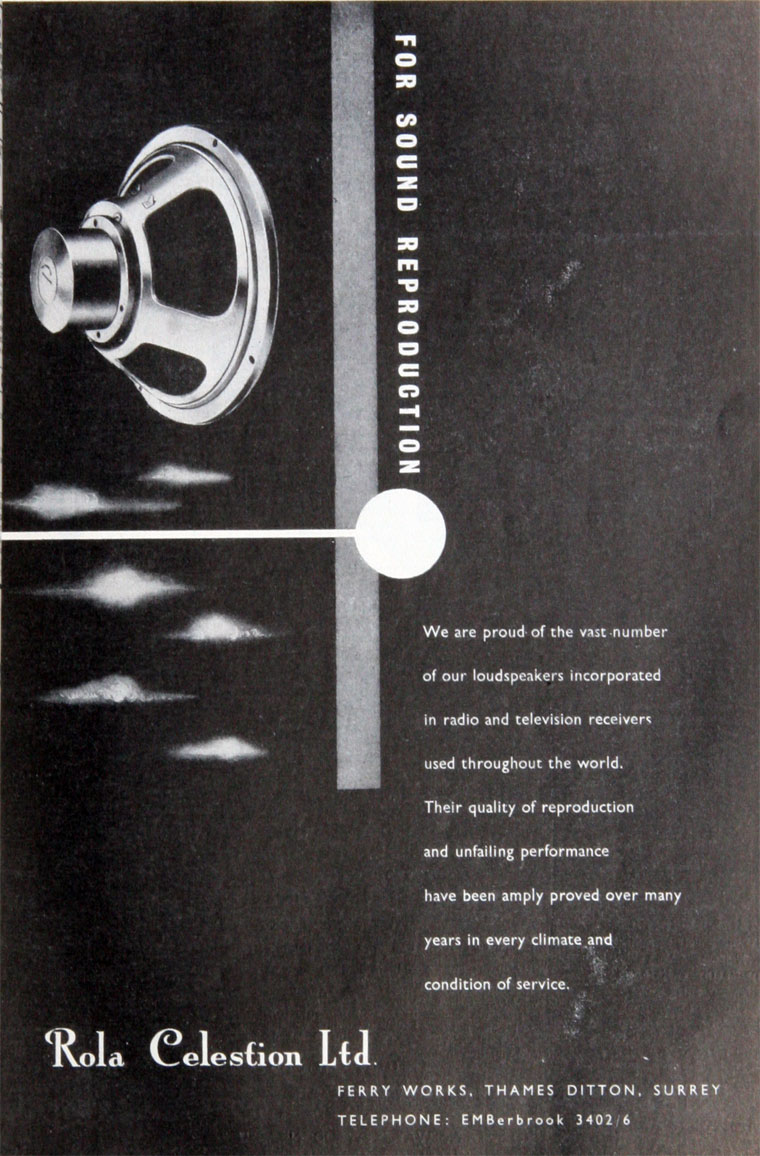 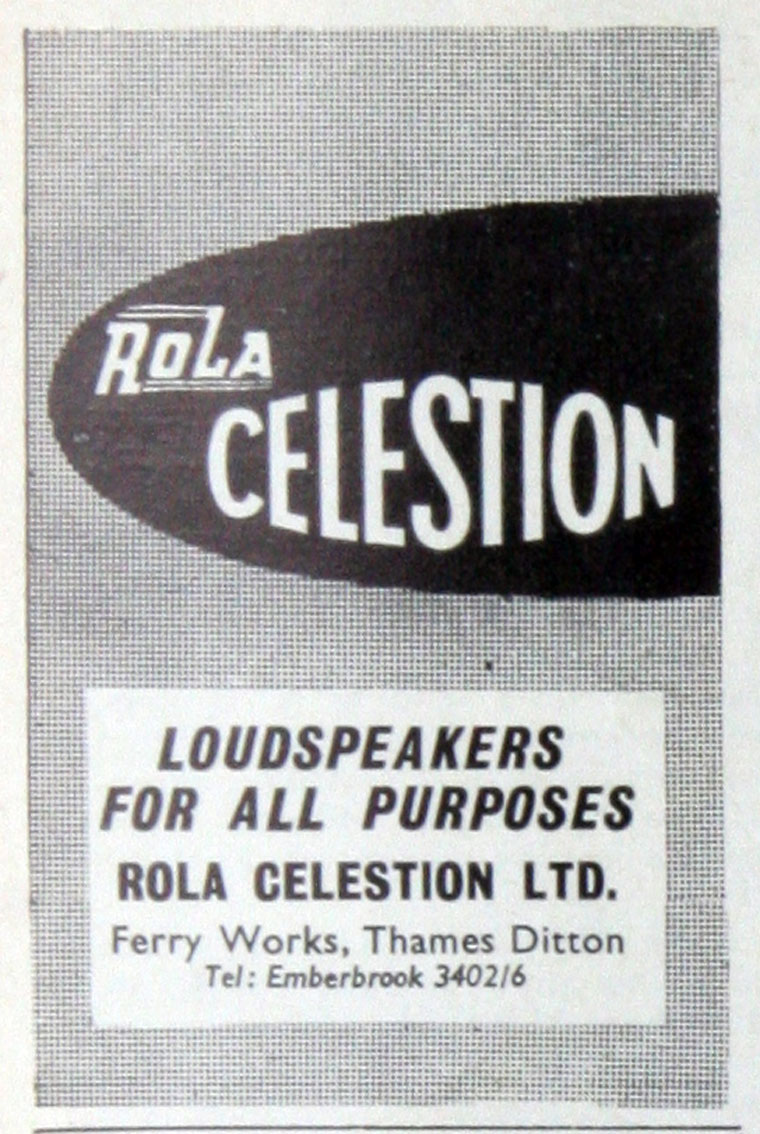 1947 British Rola acquired Celestion. The Investors Chronicle for 1946 reported that British Rola would be responsible for the production of considerably more than half of the loudspeaker trade in the United Kingdom, and the two companies together covered practically the entire export loudspeaker business.

1948 During July, Celestion ceased production at Kingston-upon-Thames, and production machinery and personnel moved to Thames Ditton as a consolidation of the two companies. The company title became Rola Celestion Limited, and Celestion was adopted and registered as the trade mark for the company’s product.

As the post war market evolved and product demand was established, it became evident that the new wonder - television - would account for a large number of loudspeakers, although the radio speaker market was still strong. As the television population grew, so did the need for speakers and the Thames Ditton production lines were fully engaged meeting the manufacturers’ deadlines.

1949 Rola Celestion was acquired by Truvox, a company based in Wembley and well known for its Public Address loudspeakers and systems. These covered the whole spectrum of this market and included such units as horns and loudspeakers for cinemas and many acoustic devices for the Forces which Truvox had developed and produced during World War Two.

In 1970 Rola Celestion was brought together with a publicly-quoted clothing company and the holding company created was named Celestion Industries plc.

The production of domestic speakers reached a peak after about three years at Ipswich, and then a shift in the market became evident with a noticeable decline in this product in the factory. Its place, however, was taken by units for the ever increasing demand for high fidelity stereo cabinet systems, and at this time further expansion took place with the acquisition of a modern assembly plant on the Hadleigh Road Trading Estate on the other side of Ipswich. Ditton Works now concentrated on the manufacture in all aspects of hi-fi component units, Power Range loudspeakers and units in the Public Address sector.

1974 With the surge of interest in hi-fi from the general public, staffing levels reached a peak in January, with a total of 907 employees at the two sites in Ipswich and at Thames Ditton, some of these working night shifts. Distribution was now wholly carried out from Ipswich by a new fleet of company vehicles, this being necessary for two reasons.

1975 The Thames Ditton factory was gradually run down, eventually closing altogether in 1975, and a new marketing policy by Celestion opened up a great many more smaller distribution points instead of the previous few selected wholesalers.

1979 The increasingly international nature of the company’s business led to the adoption of the name Celestion International as a corporate identity for the parent company and all major overseas subsidiaries.

In 1992, Celestion International Ltd was sold, as a separate entity from the clothing division, to Kinergetics Holdings (UK) Ltd, a holding company whose majority shareholder is Gold Peak of Hong Kong. The group acquired KEF of Maidstone, another top British loudspeaker company, at the same time. Gold Peak began in 1964 as a producer of batteries and has grown to become a multinational force in electronics and technology. [2]