Grace's Guide is the leading source of historical information on industry and manufacturing in Britain. This web publication contains 148,417 pages of information and 233,869 images on early companies, their products and the people who designed and built them. 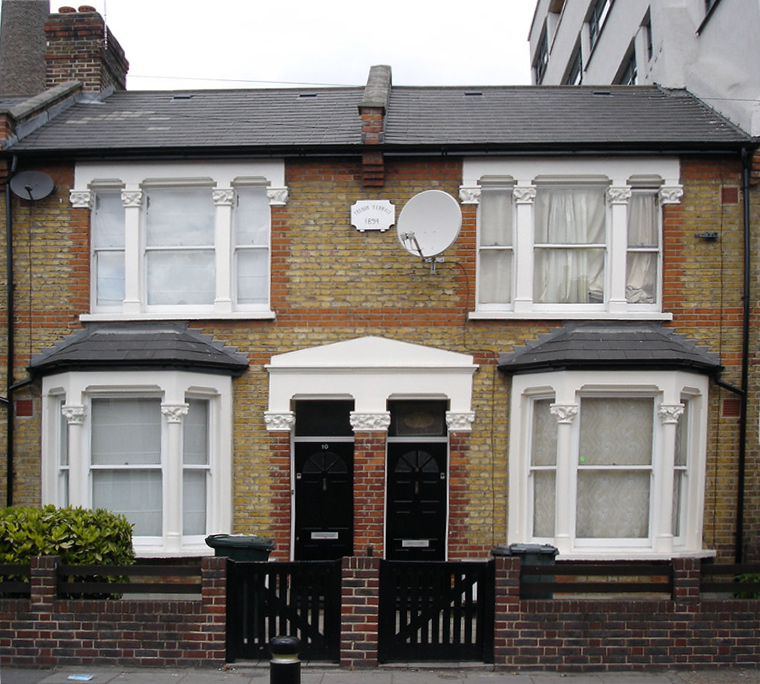 Robert Roberson on left and William Baglin Woodcock on right.

The art deco factory in ForestGate

1907 The company was founded when William Baglin Woodcock (a sugar boiler), Robert Robertson (a grocer), Sydney Herbert Marks (a salesman) and Thomas Henry King (a grocer) each invested £100 in a partnership to manufacture and market high quality boiled sweets. They were hand made by craftsman and soon became highly popular.

The company started in Shaftsbury Road, Forest Gate, at the junction with Katherine Road. The first sugar boiling was carried out behind the house in Trebor Terrace, which was named by the original builder Robert Cooper, who in 1894 reversed the letters of his first name to make the name 'Trebor'.

The sweets were originally made under the brand name 'Boleyn' but, immediately after the end of WWI, this was changed to Trebor after the house name.

Trebor Terrace still exists at the same location and the original factory is now luxury apartments.

By 1920 the firm had become one of Britain’s most innovative production companies, by going "electric" which brought an end to their hand-production process.

They brought in mechanisation and production techniques from Germany which allowed increased production and output.

The firm was one of the first to produce their confectionery from compressed compounded powders, which removed the need for the messy and time consuming process of boiling sugar.

1930 the Trebor Factory in Forest Gate was re-built in a distinctive "art-deco" style, making it a prominent and well known landmark in London’s east end.

1937 A larger factory was built in Forest Gate, to enable the company to keep up with demand.

1939 Announced they would build a factory in Chesterfield on a five-acre site. Makers of Trebor and Boleyn pure sweets. 30-40 people would be employed initially increasing later to 300..[1]

Post-WWII, the Trebor factory in Forest Gate was painted white, with a huge “Trebor Quality Sweets” branding displayed in green on its exterior.

The company bought up many other smaller confectionery companies.

1968 Robertson and Woodcock changed its name to Trebor Sharps

1978 Name of the company was changed to Trebor Group

1981 the Trebor factory in Forest Gate was closed (later converted into flats).