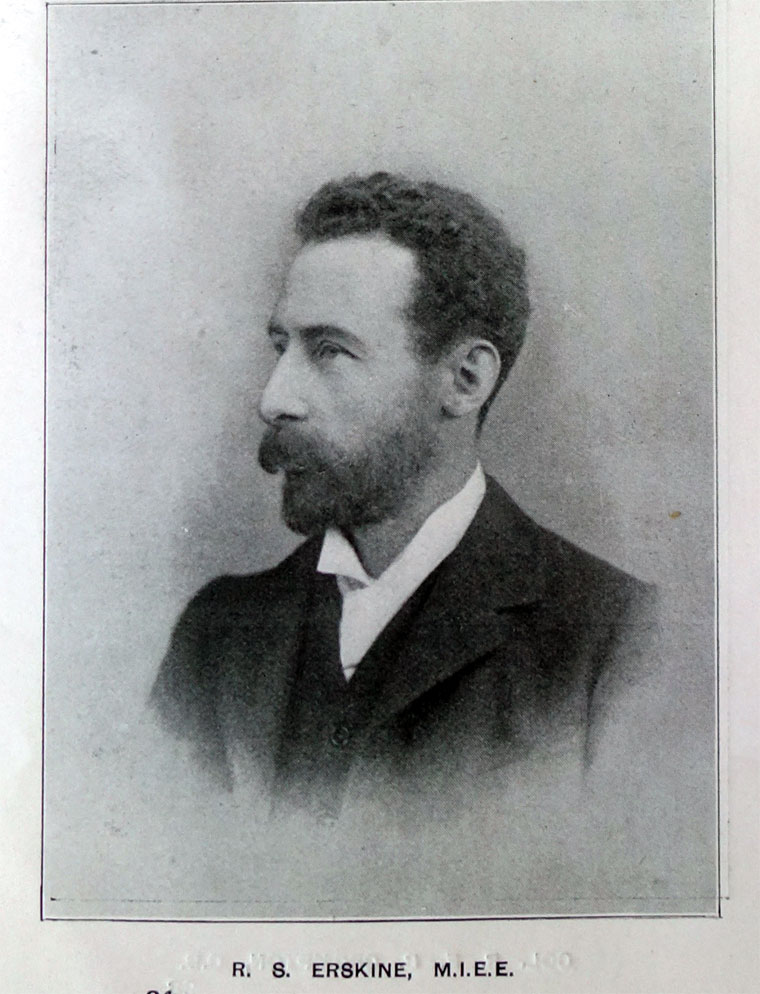 ERSKINE, R. S.- Joined the Club on December 5th, 1899, but has not been a member of the Club Committee so far.

ROBERT STEUART ERSKINE obtained his electrical training at the works of Messrs. Crompton & Co., and left that firm in July, 1887, to join the Kensington Court Electric Lighting Company.

When that Company was succeeded in 1888 by the Kensington and Knightsbridge Electric Lighting Company he became secretary to the latter, and occupied that position until his death, which took place on 14th June, 1913.

He was one of the originators of the Electrical Engineers Volunteers, and for some time was a Major, acting as commanding officer during Colonel Crompton's absence at the South African War.

He was elected a Member of the Institution in 1889.